Apple cinnamon oatmeal is the perfect fall breakfast. It’s packed with cooked apples and warming spices like cinnamon, nutmeg and ginger then topped with maple syrup sautéed apple slices and chopped pecans. Serve with an extra splash of milk for a creamy and decadent breakfast that’s good for you too!

If you’re a fan of apple pie or apple crisp (and who the heck isn’t?!), you’re going to love this apple cinnamon oatmeal.

I make a batch and we enjoy it a couple days that week for breakfast as it keeps perfectly in the fridge.

It’s gluten-free (if you use gluten-free oats obviously) and even has a delicious maple syrup sautéed apple topping making it that much more similar to apple pie.

My love of oatmeal is no secret to this site and fall especially brings some of my favorite oatmeal recipes like Instant Pot Sweet Potato Steel Cut Oats and Apple Butter Carrot Cake Oatmeal.

But, these stove-top apple cinnamon oats have quickly risen to the top of my list this year for their flavor and ease.

HOW TO MAKE APPLE CINNAMON OATMEAL

If you haven’t already, make sure to watch the video in this post to see me make this recipe!

The first step is to gather the ingredients needed for the oatmeal as everything goes quickly once you start cooking.

To a sauce pot over medium heat, add the coconut oil. Once it melts, add the grated apple, spices and salt. Stir and cook for a few minutes.

Next, add the milk and turn the heat up to high until the mixture simmers.

Add the oats, chia seeds and flax seeds next and stir to combine. Reduce the heat to low.

Cook the oats, stirring frequently until thickened and creamy, about 5 minutes.

Add the pecans, maple syrup and vanilla. Stir and turn the heat off.

Set the apple cinnamon oatmeal aside while you make the sautéed apple topping.

HOW TO MAKE THE APPLE CINNAMON TOPPING

Arguably the best part of this apple cinnamon oatmeal is the easy sautéed apple topping.

Heat a small skillet over medium heat. When hot, add the apples.

Add the spices and maple syrup to the pan. Lower the heat to medium-low and cook stirring frequently until the apples are softened and the maple syrup has coated them in syrupy glaze.

HOW TO SERVE APPLE CINNAMON OATMEAL

I like to add a splash of milk to the bowl for extra creaminess right before serving as well as some extra chopped pecans.

Oatmeal is a bit of a blank slate.

Like smoothie bowls, I have a tendency to go a bit crazy with toppings in my bowl of oats.

Not always though. When it comes to strawberry oatmeal, I enjoy the simplicity of the sweet creamy berries and nothing else.

So of course, you can keep things simple here too as the recipe has so much delicious apple cinnamon flavor as is.

And if you like simple, try these maple cinnamon air fryer apple chips!

But, for some fun, try adding any of these to the oatmeal recipe as it cooks:

You can also try the following as additional topping options:

CAN I USE A DIFFERENT TYPE OF OATS?

This recipe uses regular rolled oats and the ingredients are proportional to that specific type of oat.

However, if you want to use oat bran or quick cooking rolled oats, you can do so and keep the liquid ingredients the same.

Alternatively, just try this blackberry orange steel cut oats recipe instead. I absolutely love that recipe even though it’s ancient! Or, gingerbread oatmeal for a cozy winter vibe.

Oatmeal has long been touted as a healthy whole grain breakfast option that may help reduce cholesterol.

I think we all probably know at least that much by now.

But did you know oatmeal is also high in fiber and antioxidants? It also has a relatively high amount of protein for a food compromised mostly of starch. And, it’s rich in micronutrients like magnesium and zinc.

Fiber has become the number one priority in my diet lately (along with eating a diversity of plants) and that’s exactly why I enjoy oatmeal for breakfast probably 3-4 times a week.

25% of the starch in oats is what’s called “resistant starch”.

This type of starch functions like fiber. Instead of being digested rapidly (like sugar would be), it avoids digestion and feeds the good bacteria in our guts (small intestine).

Gut health is a major buzz phrase lately and oats are one of the celebrity foods when it comes to that topic.

Can’t say I’m complaining too much if eating a delicious bowl of oatmeal that happens to taste like apple pie is good for me!

I also added a couple sneaky healthy ingredients to this apple and cinnamon oatmeal for an even more nutritious punch:

I love both for their omega-3 fat profiles as well as how they increase the satiety of this breakfast.

If I don’t add protein powder to my bowl of oatmeal, I will always reach for one, if not both of these seeds for some staying power.

Hemp hearts are another great healthy addition with similar benefits.

TIPS AND TRICKS TO MAKE THE BEST APPLE CINNAMON OATMEAL

As a kid, I despised oatmeal. The texture completely freaked me out and I couldn’t even watch my brother eat his packet oatmeal without gagging in the chair next to him.

To this day actually, the smell of fake peach reminds me of those peaches and cream packets and I cringe. I’ve since made Peaches and Coconut Cream Oats which far surpass anything from a packet in taste.

I’ve come a long way since those childhood days and oatmeal has become one of my favorite healthy breakfast options over the years.

I also love how many ways there are to prepare oatmeal.

You can do everything the night before like in this overnight muesli or these orange overnight steel cut oats and wake up to breakfast ready to go.

You can use the slow cooker like in this Slow Cooker Chocolate Cherry Steel Cut Oatmeal.

Of course, like these apple cinnamon oats, you can use the stovetop to make recipes like Green Oatmeal and Triple Chocolate Steel Cut Oatmeal.

You can even bake it too! Baked Turmeric Oatmeal and Baked Apple Oatmeal (the cousin to this recipe) are two of my favorite ways to enjoy baked oats.

Or, just use the microwave or a simple kettle full of boiling water if you want to go old school with your bowl of oats.

You can check out all my recipes made with oats or, enjoy one of these other apple cinnamon flavored drinks, snacks and treats:

*Use any milk of your choice (non-dairy or regular). You can also use a milk/water mixture. Or, even all water in place of milk. 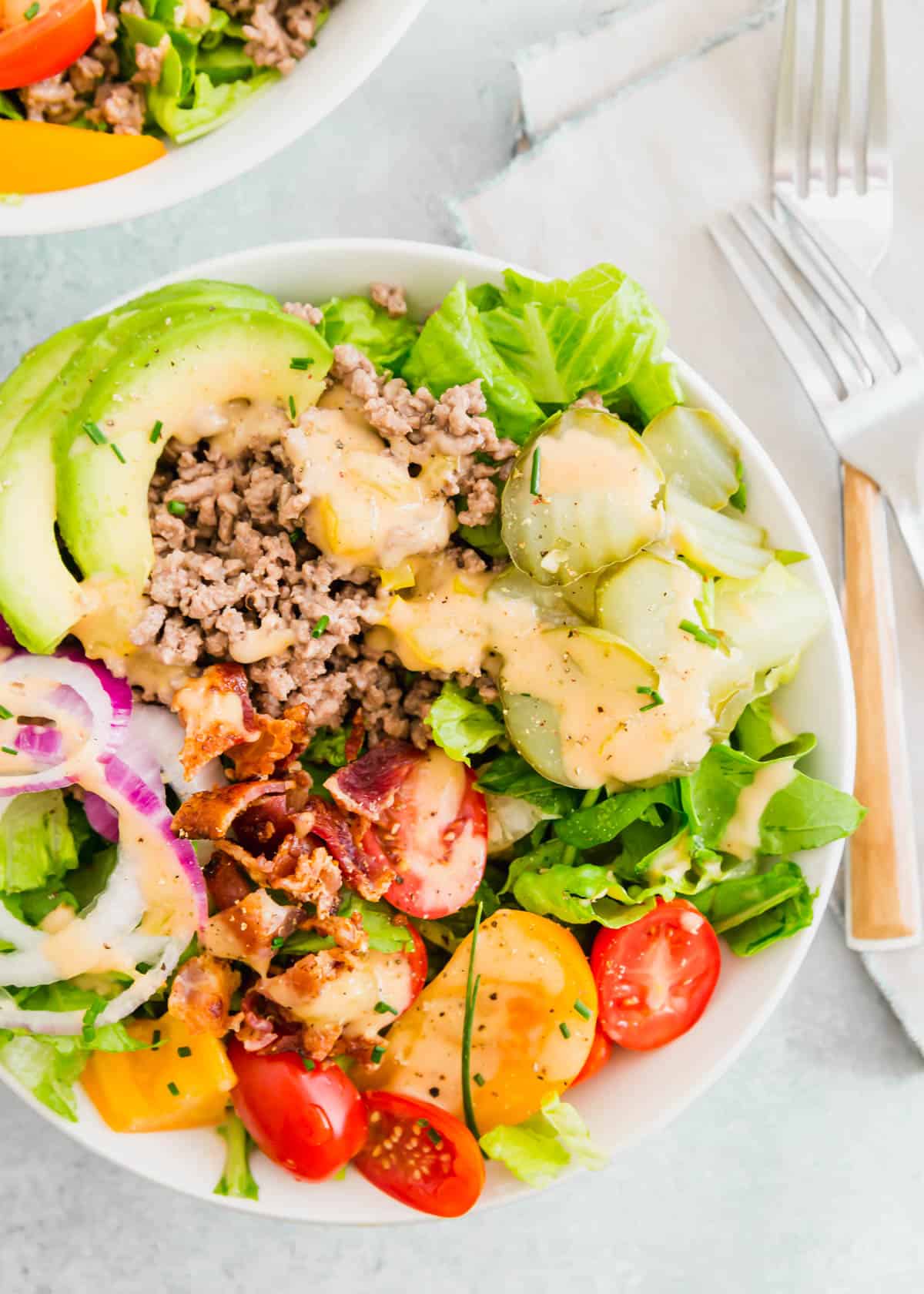 Previous
Burger In A Bowl With Healthier Homemade Burger Sauce 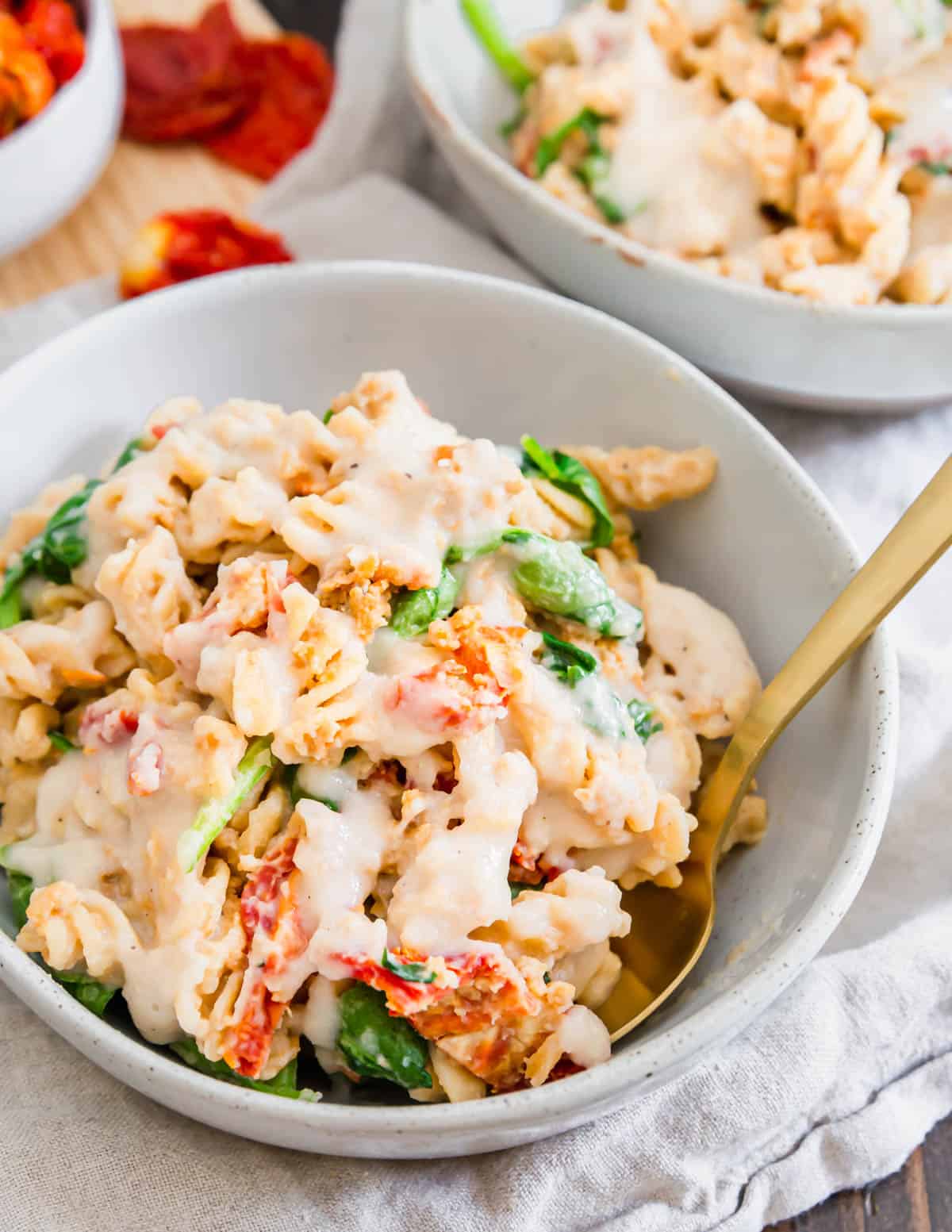 This recipe was so delicious and we will make it often it sure warmed us up on a cold morning thanks!

Delicious for this time of year! YUMMY!

So yummy! This is the perfect cozy and delicious way to start the day!

This was delicious! Made it for my family and they loved it - they didn't even notice the chia seeds and flax snuck in.

This is so good! I have already had it for breakfast 3 times. I am so glad I found this amazing recipe.