These apple cinnamon pretzel twists are drizzled in caramel sauce for a delicious fall treat.

Sometimes I feel like my brain is bipolar. One minute it’s telling me, just stop cooking carb laden things, if it’s not in the house, you won’t eat it (and that’s very true. I have no problem avoiding buying things to eat but when they’re accessible, game over). The next minute, I’m coming up with these ideas for recipes that are the exact opposite of what I just told myself to do like doughy homemade apple cinnamon pretzel twists. 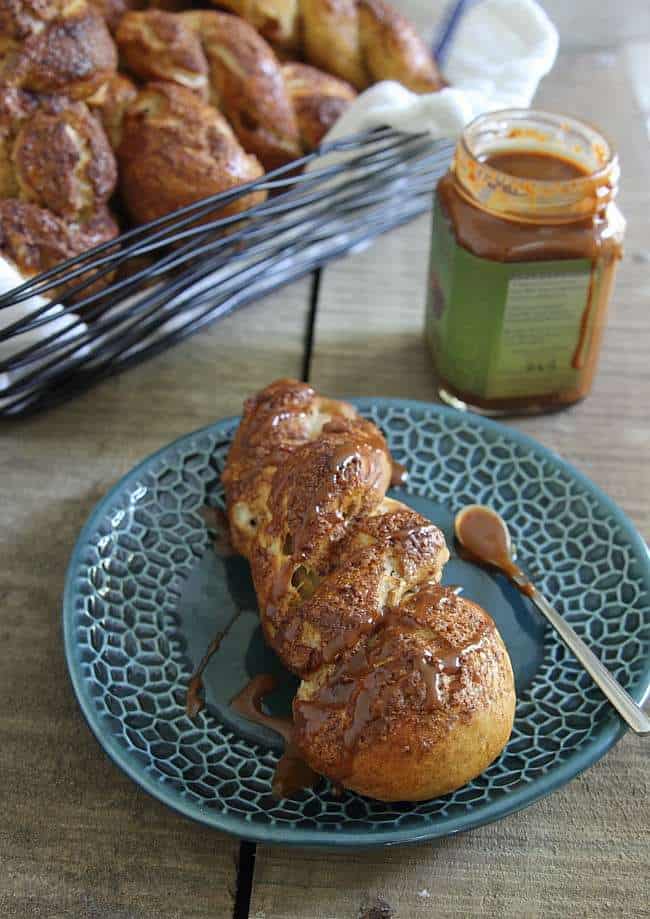 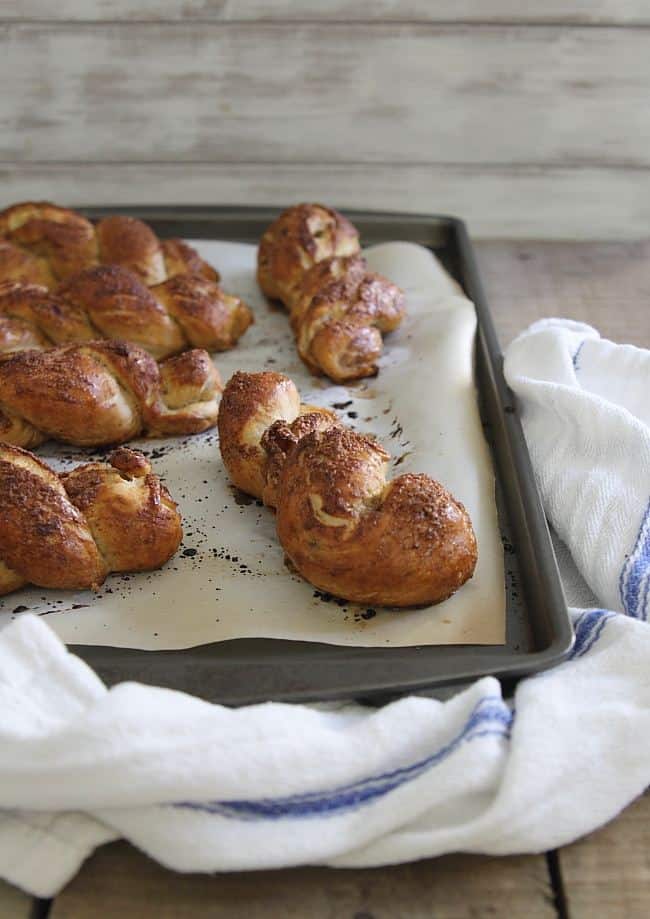 I spent the better half of a day making this dough, rolling these out, boiling and baking them only to take them out of the oven, give them their 15 minutes of fame in front of the camera and promptly pack them all up and drive them 30 minutes to Ulysses’ work.

12 apple cinnamon pretzel twists in my house with goat’s milk caramel at my disposal were just too dangerous. 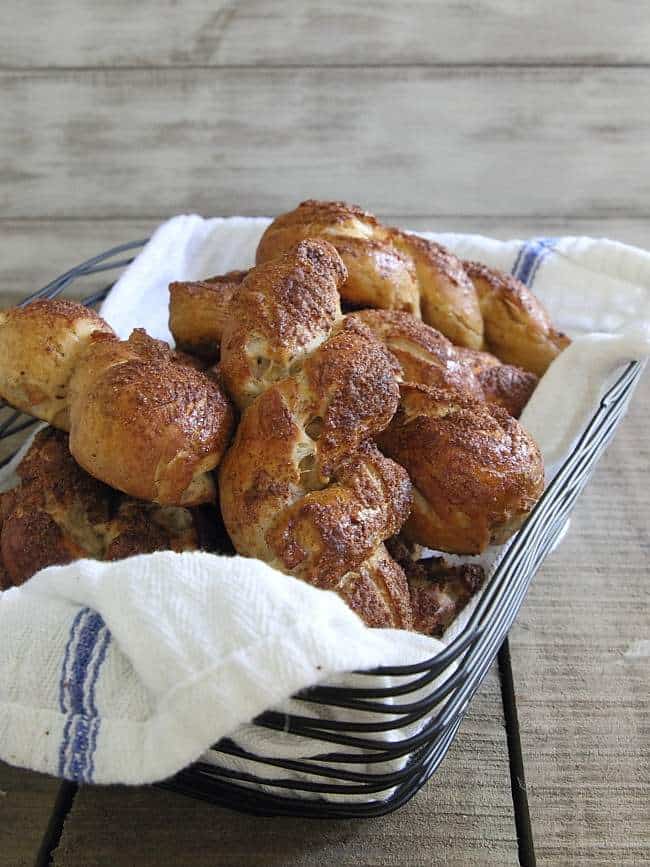 Apple deserts and soft pretzels also just happen to be the 2 of the 3 (mac and cheese being the other) ways to win Ulysses over with food and considering tomorrow is our anniversary, that seemed like a good way to make my husband and thighs sufficiently happy. 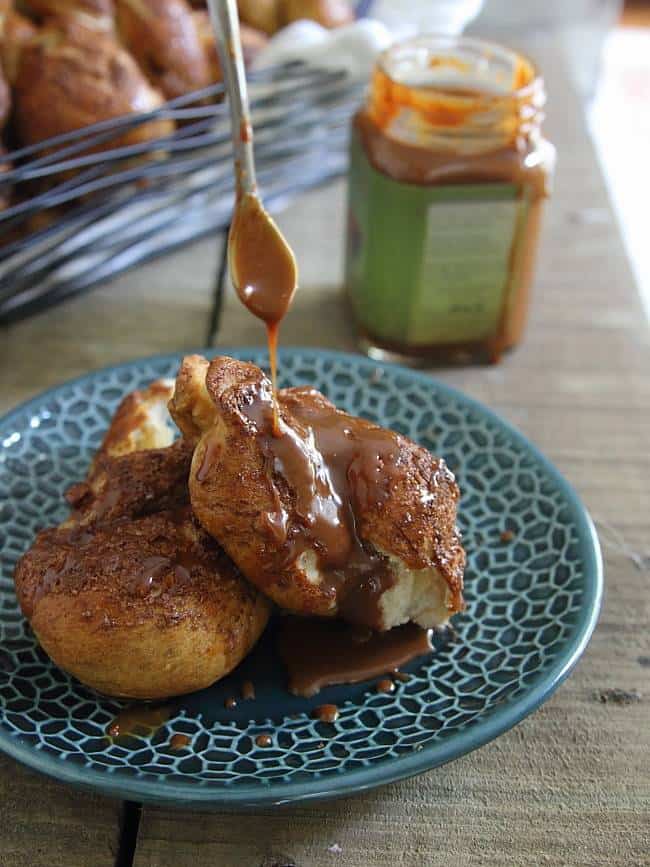 I did tell that one side of my brain to shut up though while I ate that twist above. I mean, how was I supposed to pack that up with the caramel dripping all over?

For the Apple Cinnamon Pretzel Twists

For the Cinnamon Sugar Coating

I’m ashamed to say that I’ve never had apple cinnamon pretzel twists! This recipe looks great though so hopefully that will change! Thanks for posting it, Gina!

I tried making these apple cinnamon pretzel twists last night… They were burnt, like bad. I’m trying to figure out what I did wrong? They also were dry. This is the first recipe I’ve ever had difficulty with. :-/ Thx for sharing Gina!

It`s brilliant! I tried it this weekend and my whole family was super impressed. It`s not hard to make. This will become, desert for every holiday. Thank you or sharing it. I recommend it to everyone :)