This roasted peach cinnamon swirl bread is just perfect with a spread of butter for breakfast.

You know how there are some things that just epitomize childhood in your memories?

Pepperidge Farm cinnamon swirl bread is one of them for me.

It was in constant supply in our fridge, never with raisins and always two perfectly toasted pieces, slathered with butter next to my dad’s cereal bowl (hello, carbfest) in the mornings. 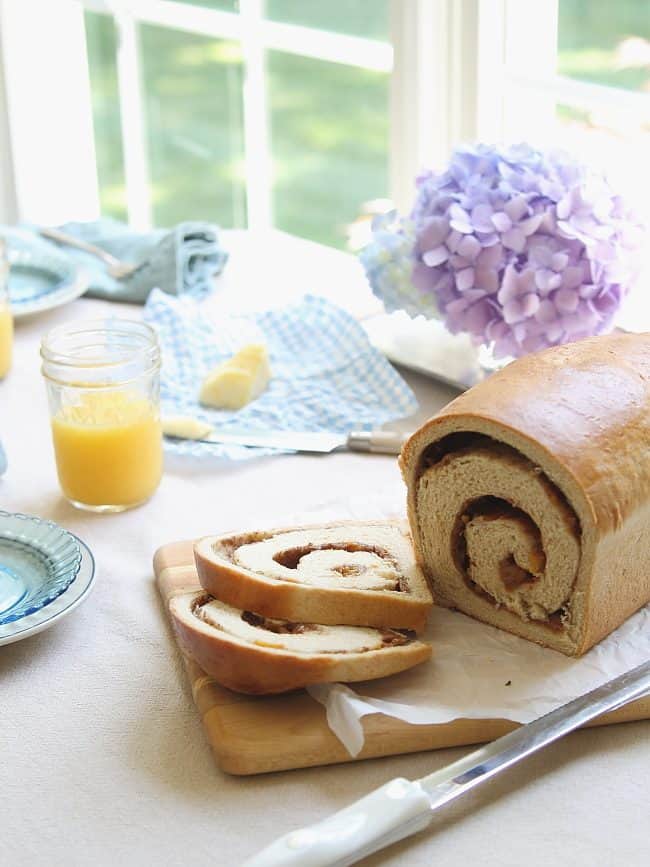 The cinnamon smell would permeate the house and it would take all the willpower I was capable of not to eat the entire loaf every single day before school. 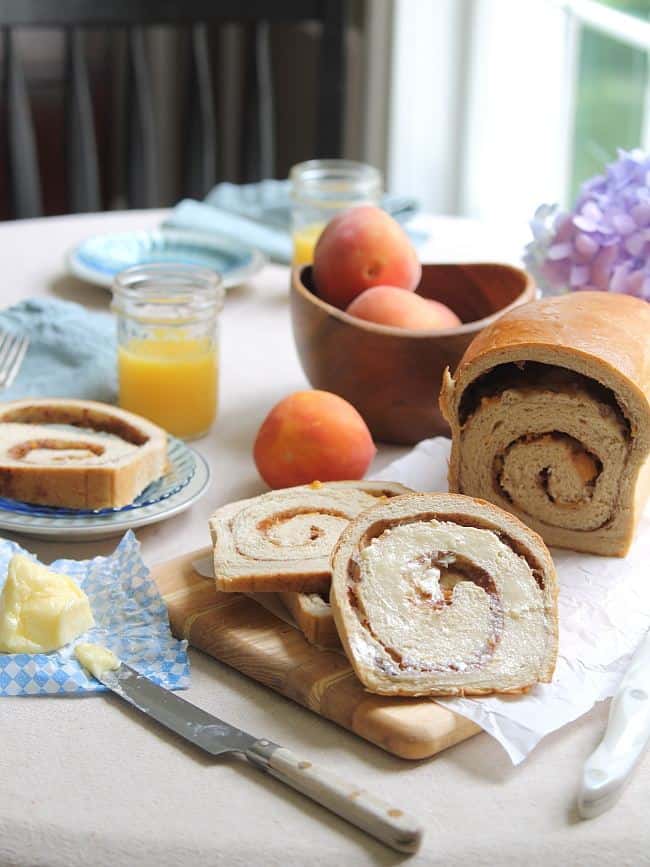 I’ve always wanted to make cinnamon swirl bread at home but honestly, I avoid playing with yeast too much.

It still freaks me out when it’s anything other than pizza dough whose imperfections can be hidden with toppings.

And with cinnamon swirl bread…it’s pretty nerve-wracking cutting into that first slice as you pray for that perfect swirl to show up behind the knife.

Well, the yeast cooperated beautifully, the swirl worked and the bread is beyond the most delicious thing to ever come out of my oven.

What these pictures don’t show is the idiocy of me putting the first batch of dough in the oven to rise and then stupidly forgetting it was in there (with a towel on top nonetheless) and preheating the oven to roast the peaches for the filling.

The oven got all the way until it was ready at 425 degrees at which point I opened the door and got blasted with smoke to the face, a burnt to a crisp kitchen towel and a ruined perfectly risen batch of bread dough. 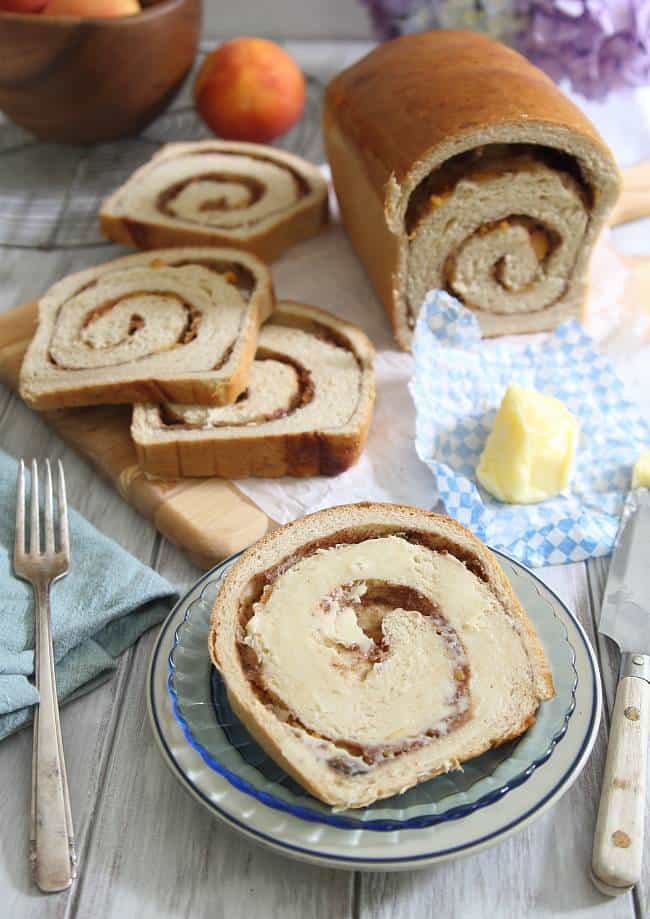 As much as it pained me to throw out an entire batch of dough (I totally still tried to roll it out and salvage it but Ulysses talked me out wasting even more ingredients and just starting fresh-smart man), I think this one turned out even better.

The dough just “felt” right, rose beautifully and the bread literally melts in all of its peachy cinnamon swirl glory in your mouth.

The satisfaction of perfectly risen dough is hard to beat, whether it’s peach cinnamon bread or sourdough from your beloved starter.

Which I’ve recently become obsessed with as well. Next up on that journey is learning how to make sourdough focaccia. I can’t wait for the dimpling part!

I beg you to make this bread for your weekend breakfast. 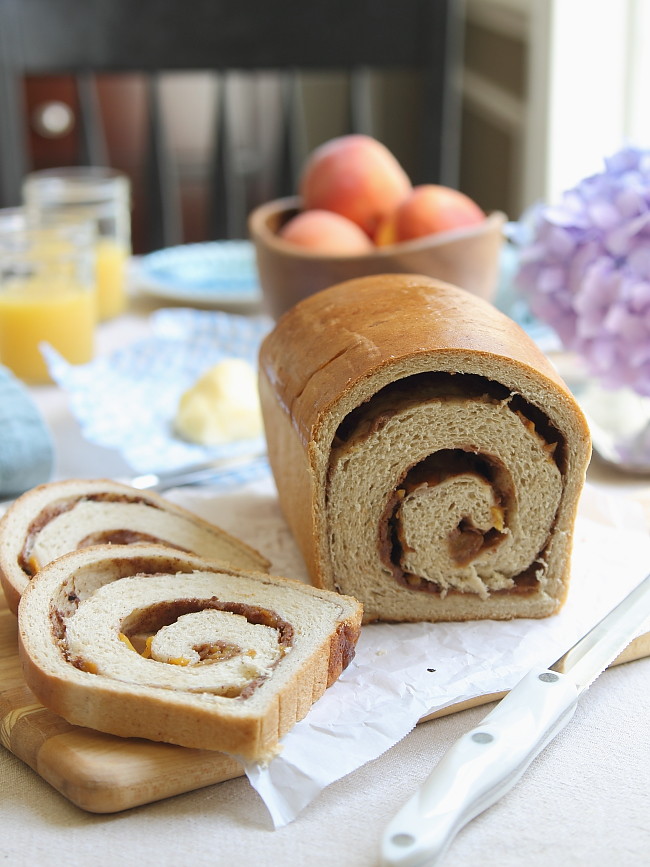 I have totally done the crispy towel trick!

I have fond memories of that PF bread, too, but I'm certain yours is way better

I can't wait to try this. Yum!

[…] Oatmeal Pecan Crumble from Joyful Healthy Eats. In the collage above, on the right, top to bottom: Roasted Peach Cinnamon Swirl Bread from Running to the Kitchen; and Peach Ice Cream from Growing Up […]

The swirl in this, is absolute perfection! Love it.