This easy cinnamon apple sugar cake recipe is a healthier spin on a classic combination.

When Mondays start by oversleeping your alarm and in a state of exhaustion because you stayed up waaaaay too late the night before getting sucked into a Google+ internet vortex, I decided they require cinnamon apple sugar cake. 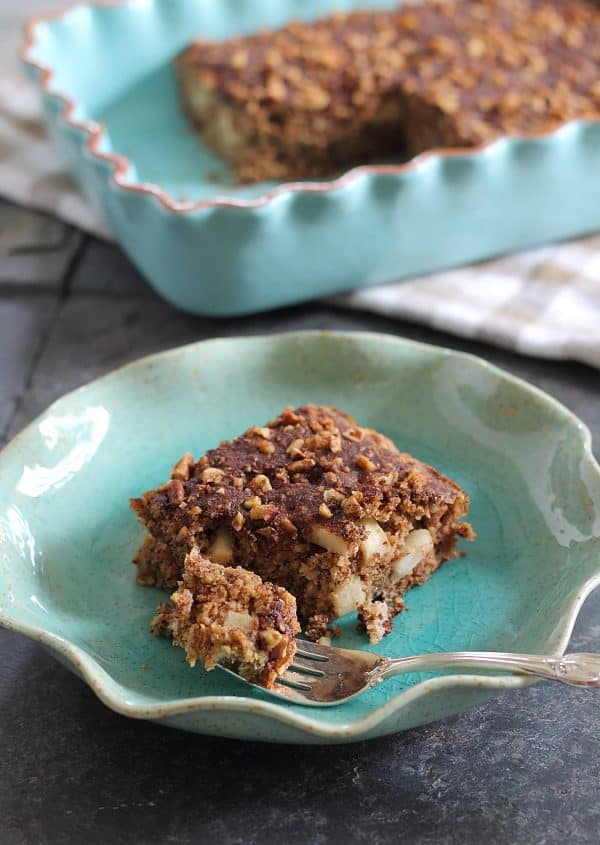 So instead of getting my house into a somewhat acceptable shape to host Easter this weekend (like unburying my dining room table from the dish towels, foam boards, slate tiles and distressed wooden boards that sit on top of it for blog photography) over lunch like I had planned, I threw this cinnamon apple sugar cake together. 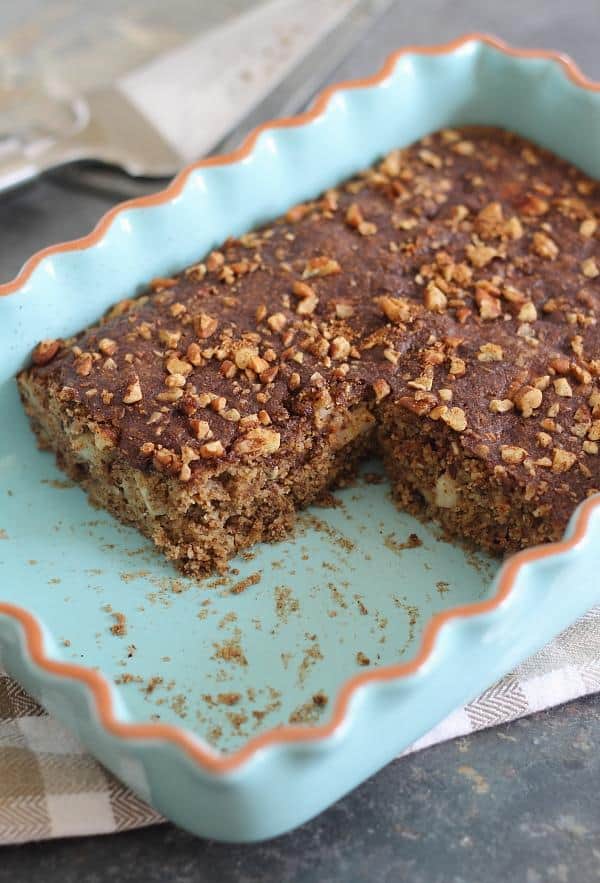 I’m pretty sure Jesus wasn’t too happy with me for making his holiday take a back seat to cake baking because with 1 minute left on the oven timer, the door bell rang. I assumed it was the mail man but happened to peek out the window before getting up to answer the door.

Not the mail man.

Jehovah’s Witnesses, for the second time in less than a week.

I don’t know if they got their signals crossed and accidentally overlapped each other’s territory when it comes to house visits or maybe they read this blog and realized the severity of my case and wanted to grant me two attempts at salvation instead of the usual one.

So I did what any normal person would do in this situation and sacrificed the cake to hide underneath my desk out of sight from the front door. Because if there’s any conversation I want to avoid with every ounce of my being, it’s the one where strangers at my door try to convince me of Jesus’ love.

I’d rather talk about babies and childbirth for hours on end than endure that awkward 2 minute exchange at my door. 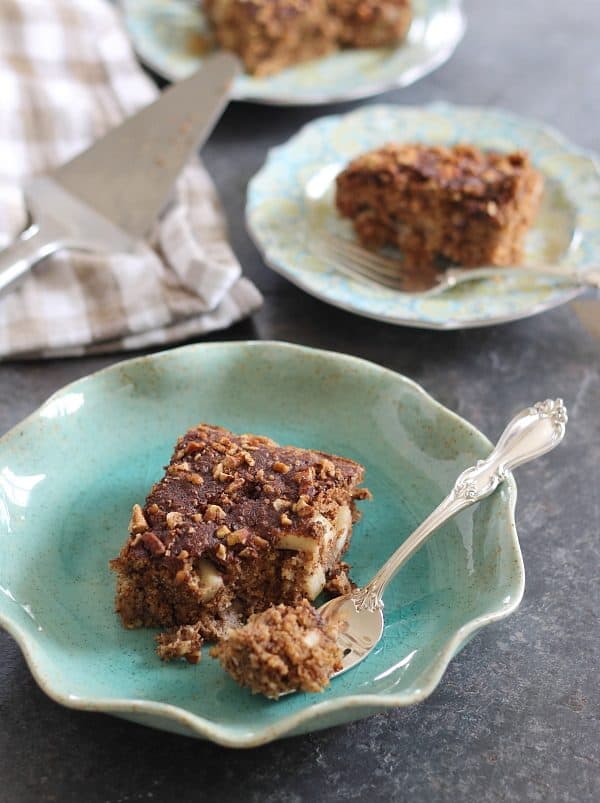 Luckily, they shoved the pamphlet through the door crack pretty quickly and left. A ferocious sounding weimaraner jumping up on the glass next to the door and barking at them might have expedited their attempts. Good girl, Ginger. I should probably give her some cake for that performance.

The cake ended up only going about 3 minutes past the timer and you’d never know it. It teeters on that line between undercooked and perfectly moist in the middle which is exactly where I want it. Dry and crumbly cakes never win in my book. It’s also right on the money in the sweetness department. Sweet enough that you can definitely call it cake, but not sickly so.

So in the interest of not sharing anything seasonally appropriate this week, I give you a perfectly moist, with a touch of sweet, cinnamon apple cake with a sugar & pecan crumble topping.

I’m pretty sure Jesus would forgive my desk hiding antics if he tasted it. I’ve heard he’s pretty good at that.

More apple goodies to try out:

No need for salvation Gina. You deserve an Angel award for this recipe. Oh Gosh you are funny. My kind of girl. This is such a fabulous recipe. Will pin this for sure. It looks so good. I am really liking the buckwheat flour used in this recipe. Hey anytime you want some Cinnamon powder for any of your recipes, let us know. We will send a complementary bag of authentic USDA organic Ceylon Cinnamon powder.

23 Thanksgiving Recipes to Please Everyone at Your Table

haha! Such a funny story :) I love that the cake is so healthy and filled with apples I can't wait to try it out !