This paleo almond zucchini bread is slightly crunchy on the outside and super moist on the inside. It’s the perfect way to use up summer zucchini. 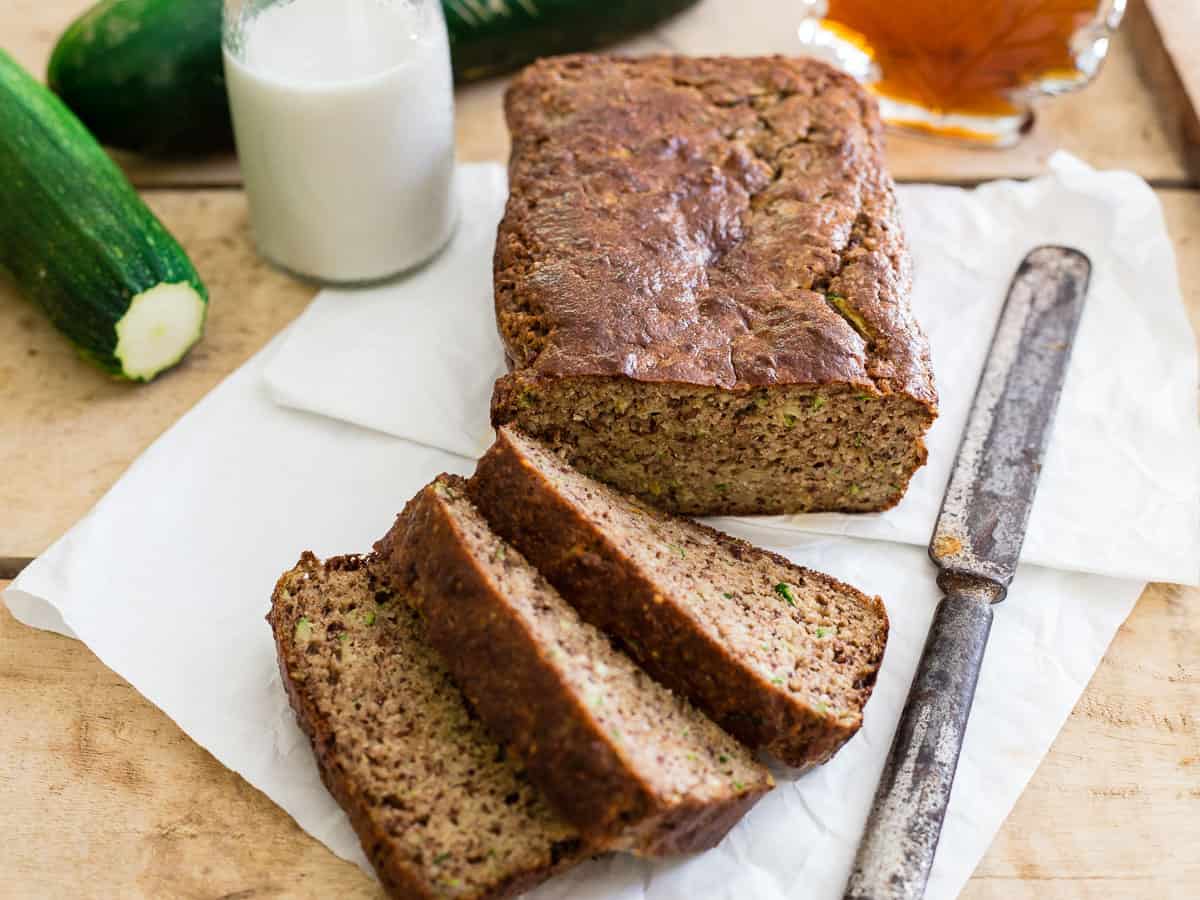 Hypocritical: Making this paleo almond zucchini bread the other day and then eating pasta for lunch.

And that’s why I don’t do diets.

It was Barilla protein plus pasta though at least.

Pretty much everyone makes zucchini bread around this time of year. 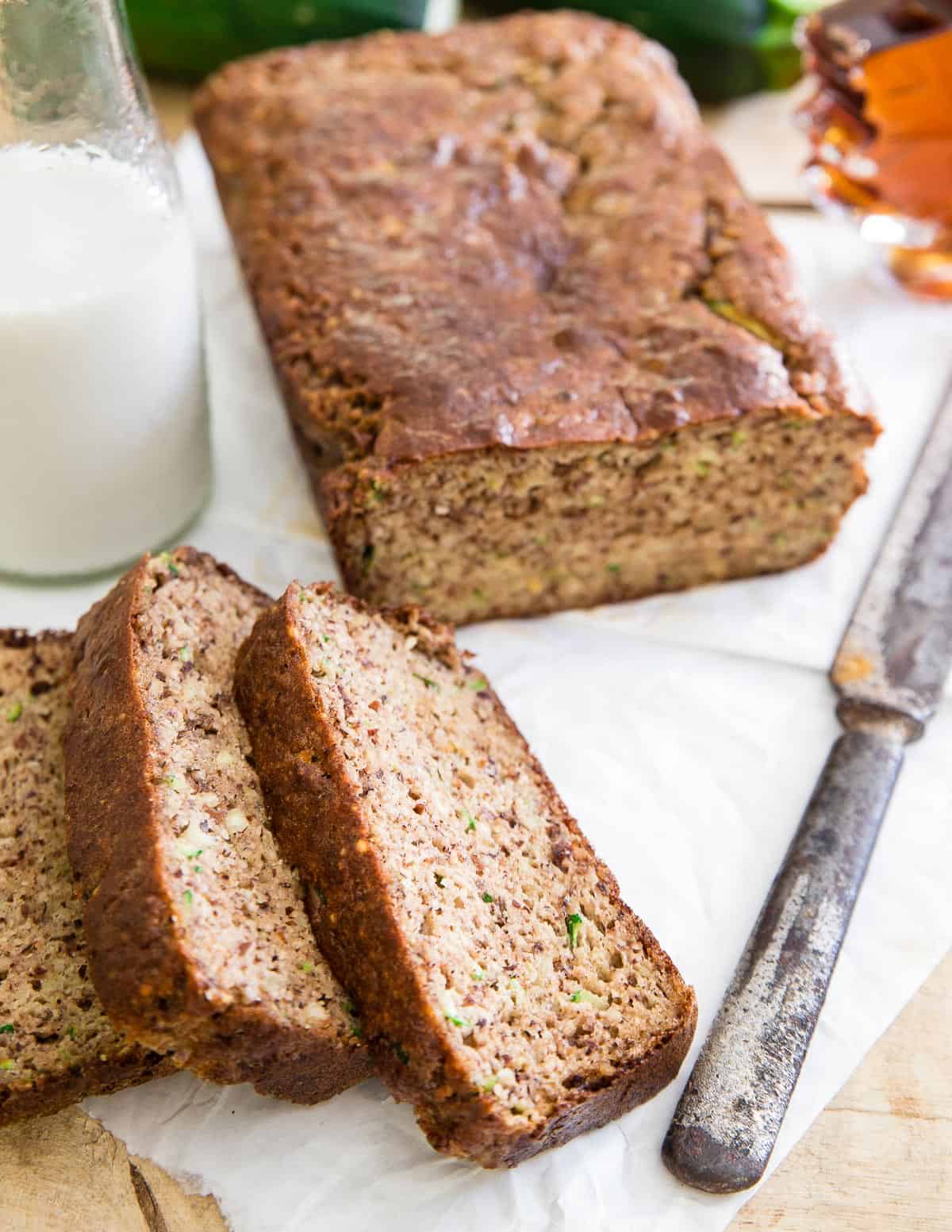 They run the gamut from super savory to sickly sweet as people try to justify it as healthy because it’s got vegetables in it.

Yeah, that cup of sugar is totally balanced out by the grated zucchini, keep telling yourself that.

I actually think the coolest thing about the paleo diet is playing around with baked goods. It’s a challenge and when I can win them, I like challenges.

When I fail and I can only push press 65 pounds while everyone around me is doing at least 25 pounds more than that, I get frustrated and want to throw things.

Luckily, the weights in Crossfit are rubber and the paleo bread turned out awesome so no knives were flying around the kitchen. 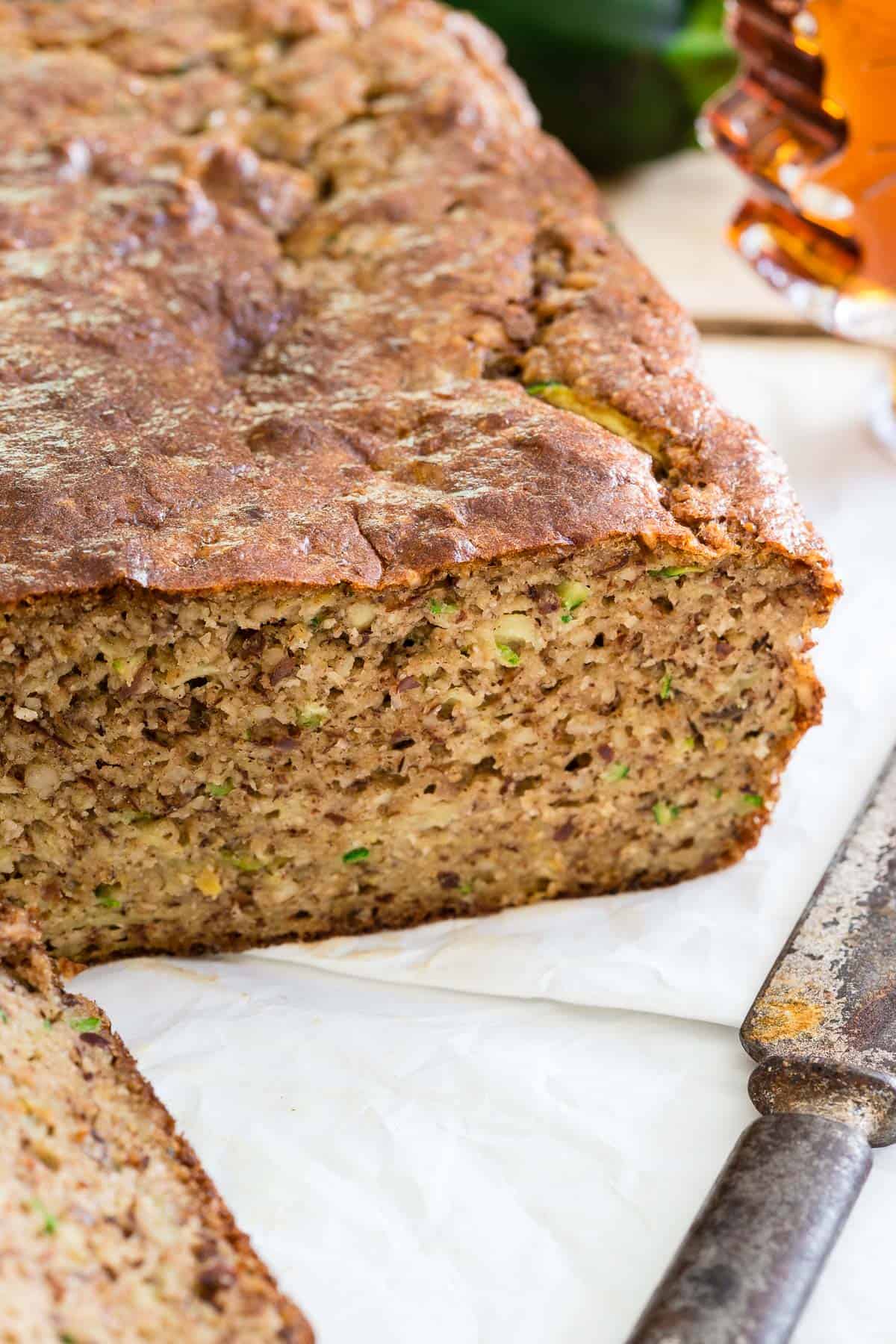 I got lazy making my almond flour and definitely didn’t grind it as fine as I should’ve.

It resulted in the best texture though, think somewhere between chopped nuts and sifted flour.

Crunchy, but not too much that it doesn’t feel like bread. Contrasted with the moistness from the zucchini…perfection.

I’m totally amazed at how paleo breads even work.

Like how do ground up almonds actually rise in the oven?

I know that baking soda has something to do with it (obviously), but it just seems like a hell of a lot of work for the poor baking soda compared to traditional flours. 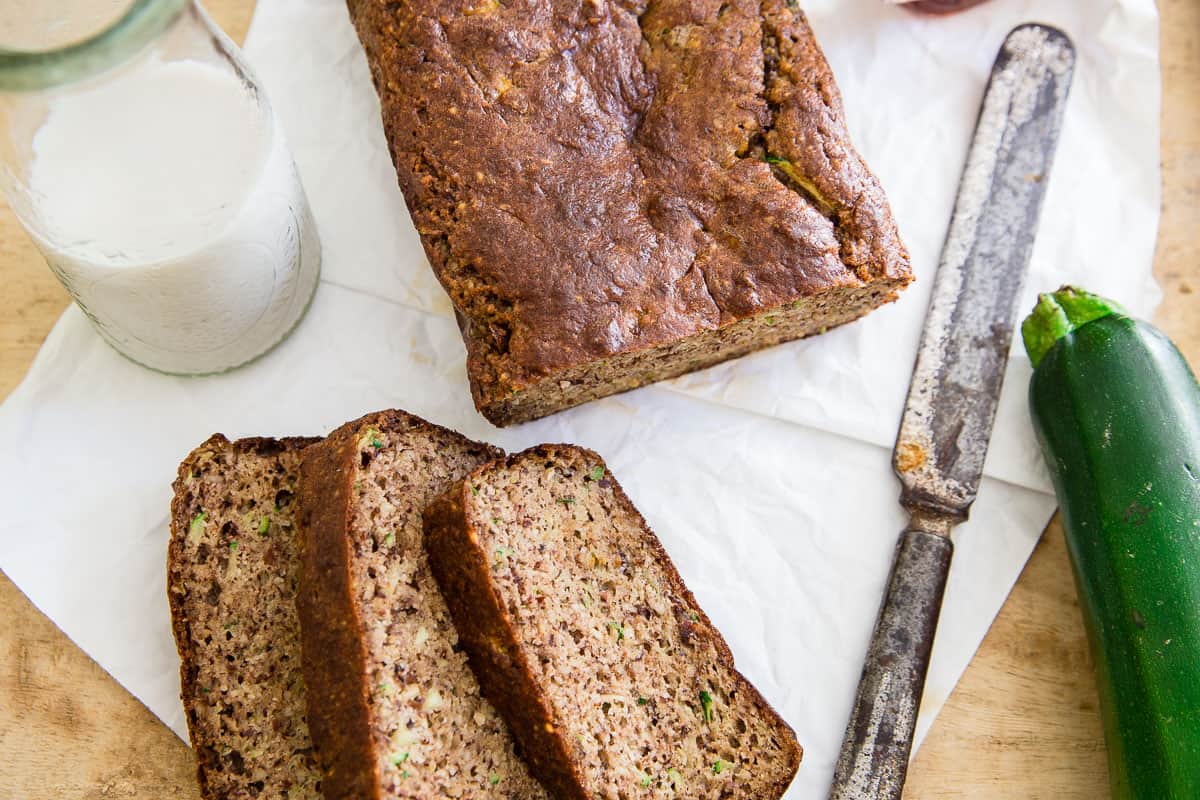 I guess I don’t really care though as long as this is the result.

ps- spread some of spicy chocolate walnut butter on a slice of this paleo almond zucchini bread and omg, it’s like an explosion of nutty goodness.

And while not paleo, try this cheesy zucchini bread recipe for a savory twist or these banana zucchini muffins for a fun bite-sized snack! 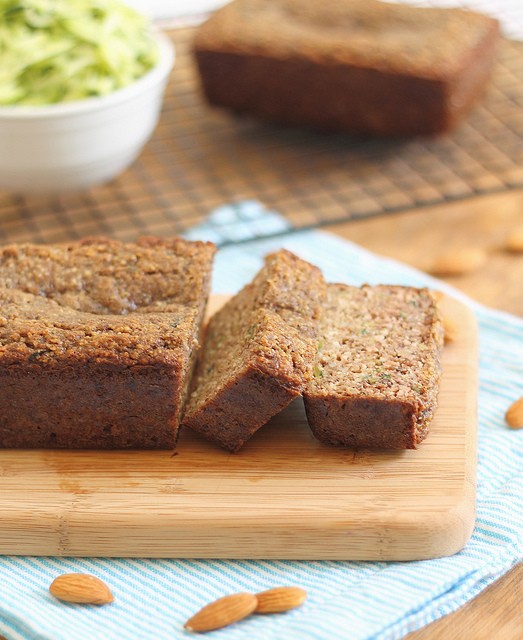 Items used in this recipe: 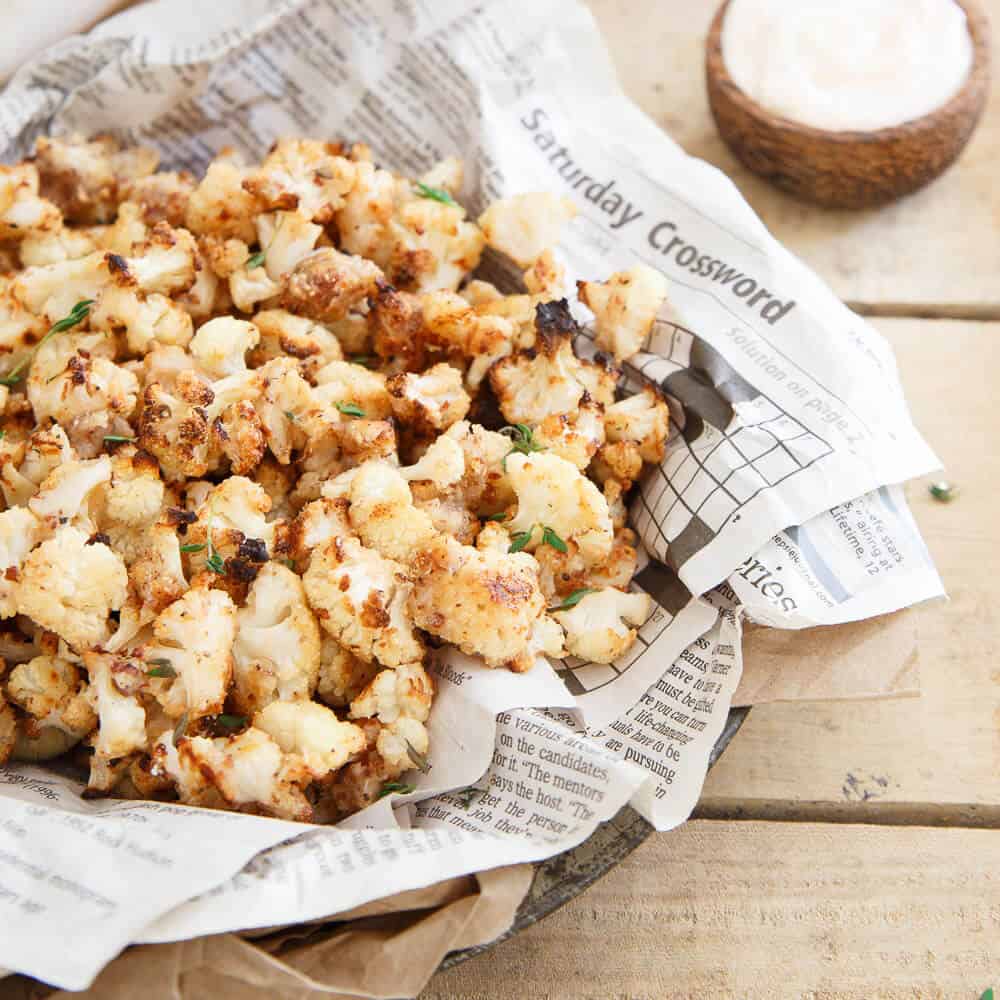 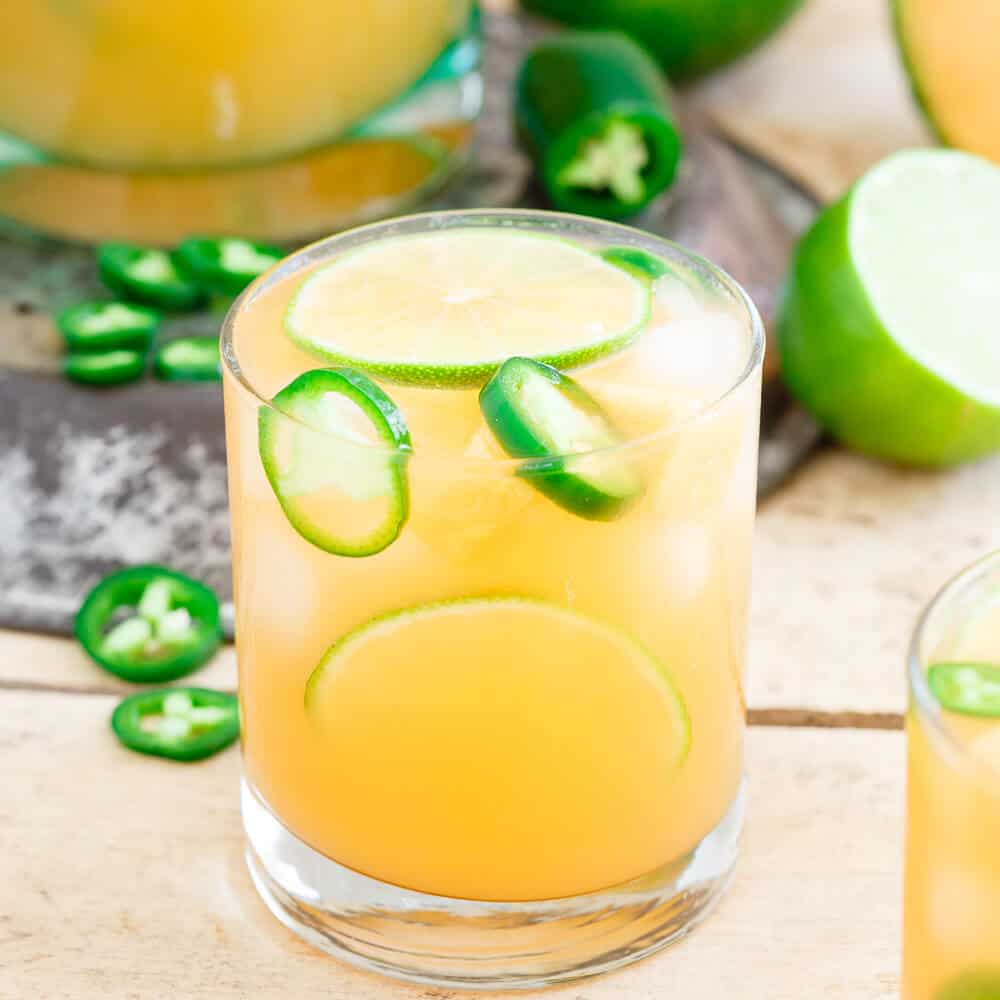 We have made this recipe all summer, since the zucchini started coming in (and heaven help us, they're still going). This is perfect, my bf who does not paleo or watch weight can't keep out of it and it doesn't last more than a day before it is gone. Just had to tell you thank you. I've made it exactly and I've changed things a dozen ways and it's always good, so flexible. Replaced maple with molasses/ginger/cloves, added cocoa, coconut (yum!), walnuts, used Birchbender Paleo flour for 1/2-3/4 of a cup (depending on size of banana and zucchini, I usually need to up the flour) . Crazy good, I'll keep this recipe forever.

Made this with the family and it was a hit!

Gina, you're a goddess! LOVE this easy paleo zucchini bread like woah!

Hands down best paleo banana bread ever. Taste and texture are pee!

Yikes, just saw my typo on the post I left! I meant perfect! Not pee. ?‍♀️

I made this oun a whim because I had all the ingredients. The only thing I had to fudge was the almond flour. I didn’t have any so I just blended some blanched slivered almonds I had in the pantry. It turned out amazing. I didn’t even really follow the quintessential baking rules of combining wet and dry ingredients separate and then combining them together. I was super impressed by how easy this recipe came together. I didn’t even remove the moisture from the zucchini. And definitely comes out a little denser and regular bread. But I’m pretty sure that has to do with the fact that I didn’t remove the moisture from the zucchini. All in all I think this taste like a vegetable dessert that’s completely guilt free. I can’t wait to try the chocolate zucchini bread that’s linked from this page

I realize I have a ton of typos in my original post. I also realize that I only have half of the load left after about 20 mins since it came out of the oven. My husband can’t keep his hands off of it.