This paleo almond coconut banana bread is incredibly moist and just slightly sweet without any traditional flours or sweetener.

I didn’t title it as such, but this is a paleo bread. At least I think it is.

Baking just seems completely counterintuitive to the whole paleo thing. I mean, did cavemen have ovens? Baking soda? No.

And then there’s the whole bean thing. Beans were definitely around back then, why aren’t they included on the “ok” list? 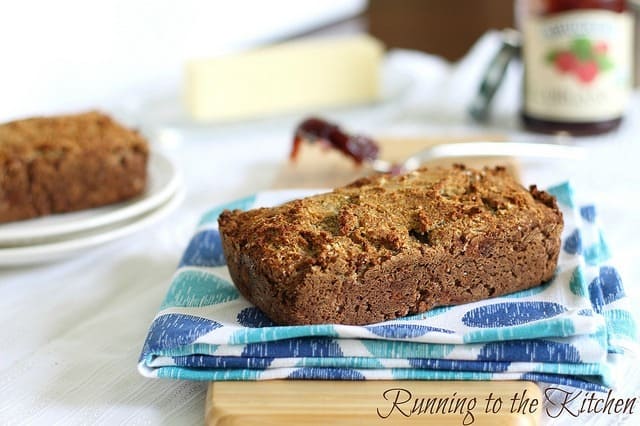 Um, I can’t be the only one confused by this.

And let me just disclose that I’m totally no paleo expert (as if that weren’t already apparent). I’ve done a bit of online browsing and read a decent amount of other people’s posts on the diet. That’s it.

What I’ve basically realized after wasting my time reading far too many articles about it is that maple syrup falls in the (quite large) gray area.

This almond coconut banana bread has a tablespoon of it. I’ll leave the determination up to you. 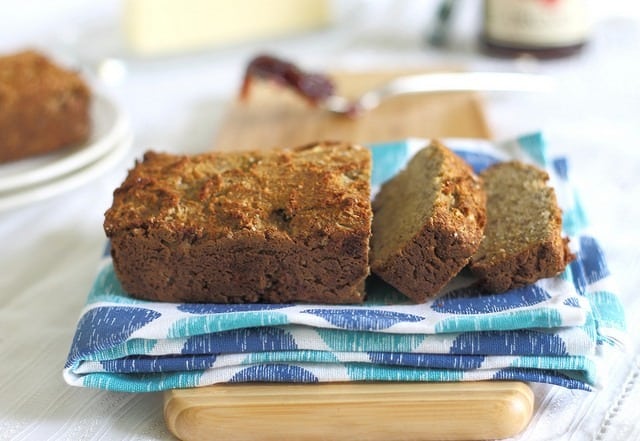 I had no intention of specifically making a paleo bread, I just wanted a higher protein one with no traditional flours or sweetener.

Had I judged the outcome based on what the dough looked like, this would’ve been inedible. The dough was incredibly thick and I didn’t think there was any way it would rise at all or turn out to be anything other than rock hard. 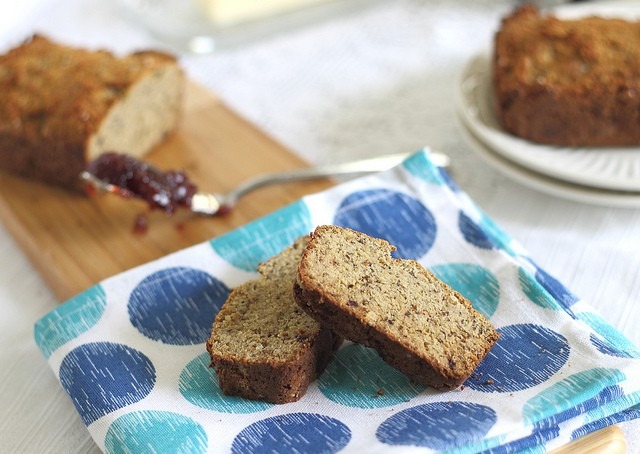 I was totally wrong. One of the few times in life I’m happy about that.

It’s just perfectly sweet enough from the banana and it’s so incredibly moist. If I could describe my perfect bread texture, this would be it. 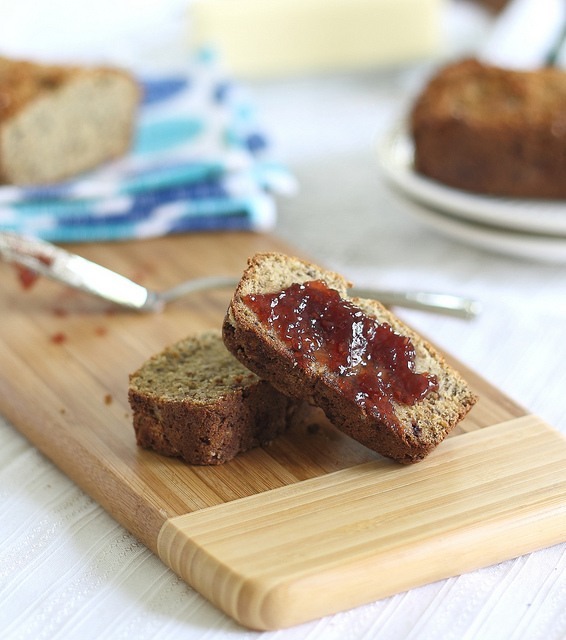 Maybe those cavemen were on to something. You know, with their ovens and all.

But not that jelly! That’s just me being controversial.

Looking for more banana bread recipes? Try one of these:

I made this with 3 bananas instead of 1, an extra tablespoon of coconut oil, and a little more maple syrup. I also added 2 tablespoons of cinnamon. The dough wasn't as thick and sticky as she said it was going to be. I baked it in one 8x8 pan instead of 2 smaller loaf tins, and the bread came out pretty fluffy for paleo bread. Normally I have issues with coconut flour but I think the 4 eggs did the trick.

I just finished eating two slices slathered in peanut butter! This turned out a lot better than I expected. My batter was really dry and slightly crumbly and I wasn't sure how it would bake (bananas were small)! It did bake up nicely, though and the taste of bananas is perfect. I used Gourmet Imports fine almond flour. Thanks so much for posting.