This fudgy paleo skillet brownie is completely decadent and chocolatey and with no added sugar!

I’ve been wanting to make skillet brownies for quite awhile now so talking about gluten free families and kids as part of my ongoing work with Udi’s seemed like the perfect time. 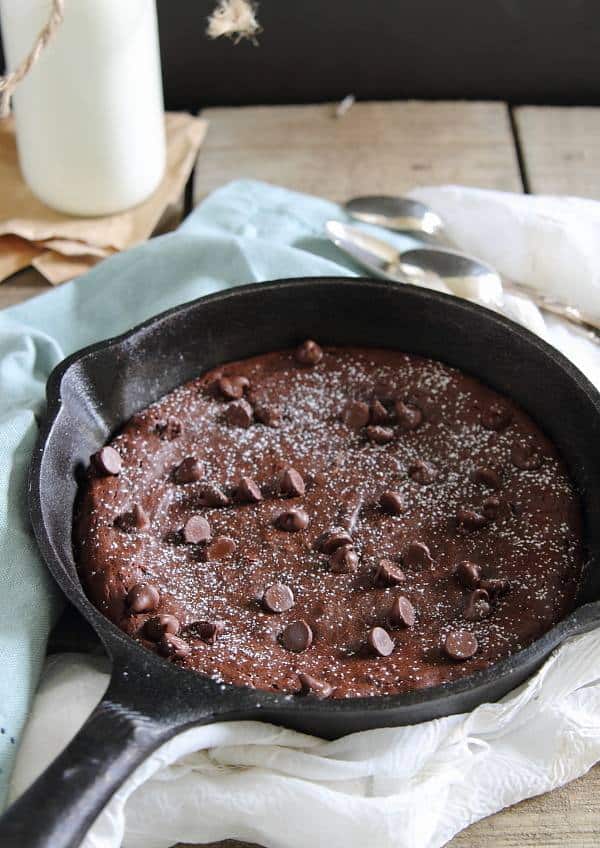 When I make desserts, they tend to fit into a paleo or gluten-free label by default.

I don’t really set out with the expectation to make them that way, it’s just that my preference over time has shifted from wanting massive amounts of sugar to naturally sweetened things and typical all-purpose flour usage to better for you whole grains or gluten free options.

It’s hard to imagine “having to” eat a certain way but if that was forced upon me, I can tell you one thing, there better be a damn good brownie recipe that fit the mold.

Although boxed brownie mixes would like you to think there’s a choice in the matter, I firmly believe there should only be one type of brownie in this world, fudgy.

If you want “cake-like” make a cake, not a brownie. 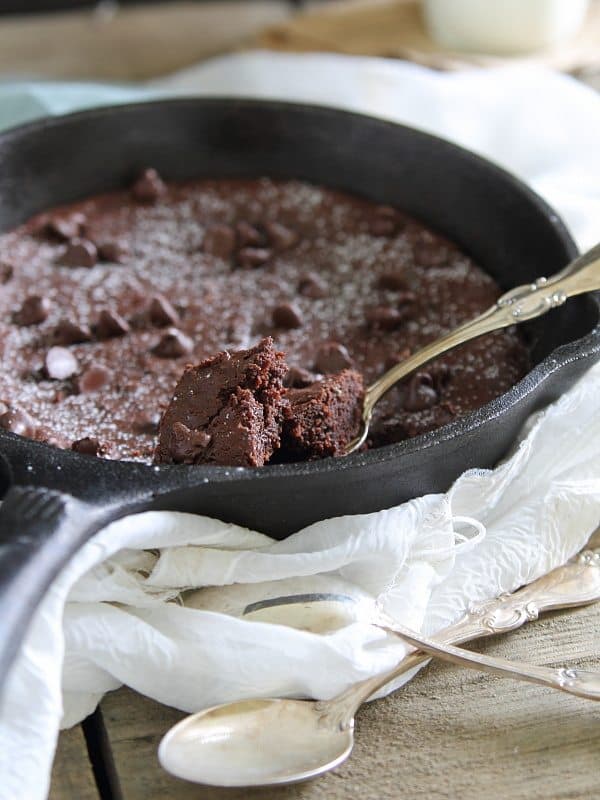 I’ve made my fair share of “healthy” brownies that came out nowhere near the fudge-like consistency I wanted. Honestly, these pumpkin brownies are one of them. I should really re-do that recipe!

This isn’t one of those times though.

This paleo skillet brownie is chocolatey, fudgy and decadent and the best part is there’s no added sugar, just a bit of mashed banana for some natural sweetness but not enough that it tastes “banana-y” at all (because bananas have no business in brownies).

Want another fudgy brownie recipe to try? These superfood brownies are outrageous! And these vegan black bean brownies are to die for with their fudge factor!

This is one of those recipes you can easily bring to a party or bake up for the family and no one would be the wiser that there’s some paleo or gluten free label attached. 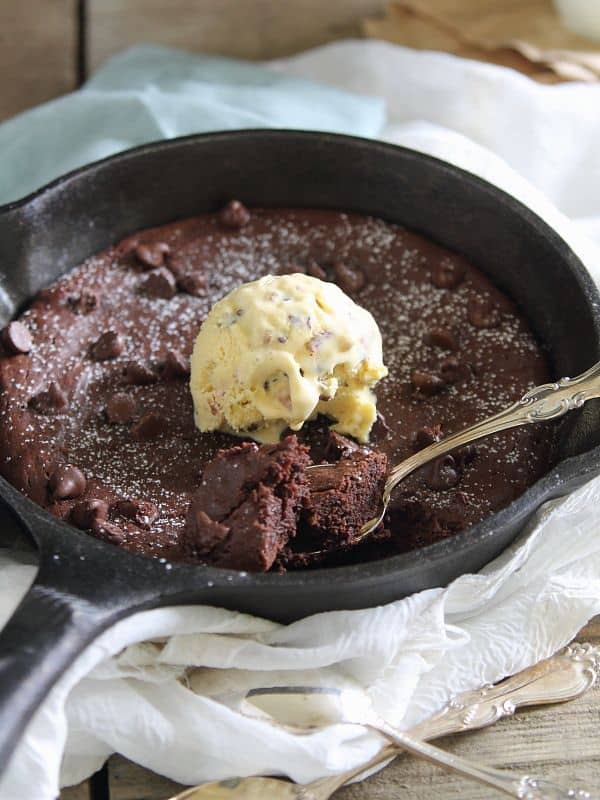 Just a good ‘ol fudgy skillet brownie everyone will love.

That happens to be paleo.

And if you’re wondering what that ice cream is on top – it’s this sweet corn bacon ice cream. It’s amazingly delicious (although not paleo) but good ‘ol vanilla will work just as well.

Honestly though, this paleo skillet brownie is so fudgy, no ice cream is even needed!


This is a sponsored conversation written by me on behalf of Udi’s Gluten Free. The opinions and text are all mine.
Click here to cancel reply.

Can I multiply the recipe and cook all together or will that mess it up?

You should be able to double the recipe, use a bigger baking dish and have it come out.

Looks delish! Plan on making this weekend for company. Can you use almond flour instead of tapioca?

Curious, but what was sprinkled on top at the end? Powdered sugar? I'm currently eating Paleo, but looking for a good chocolate *insert yummy dessert here* recipe that doesn't have refined sugar involved.

If you want the look without the sugar, sifting coconut flour on top does the trick.

yes, it's powdered sugar but can easily be left off if you don't want to use it. It was mainly for picture purposes :)

Made these tonight. I used semi sweet chocolate chips because that's what I had. Yummy brownies! Take care to under bake them.

Looks good, The bananas flavor it will come out? Or not? What's is the dominant flavor?

no, you really don't taste the banana, it's such a small amount. The dominant flavor is chocolate.