These baked plantain chips are served with with a tropical inspired salsa.

The whole time I was making this I was quietly humming Margaritaville in my head. It wasn’t until I was done dicing the last kiwi for the salsa that I stopped to think about why I was humming that song. And then it came to me. When we were in the Dominican Republic in February, we met this awesome couple from Alabama (hi, guys!) who are huge Jimmy Buffet fans. After far too many sickly sweet rum drinks from the bar, we literally closed the beach down while we played the only Buffet song I had on my iphone, Margaritaville. That trip was also the last time I had plantain chips.

It’s crazy how music can be such a memory transporter, isn’t it? 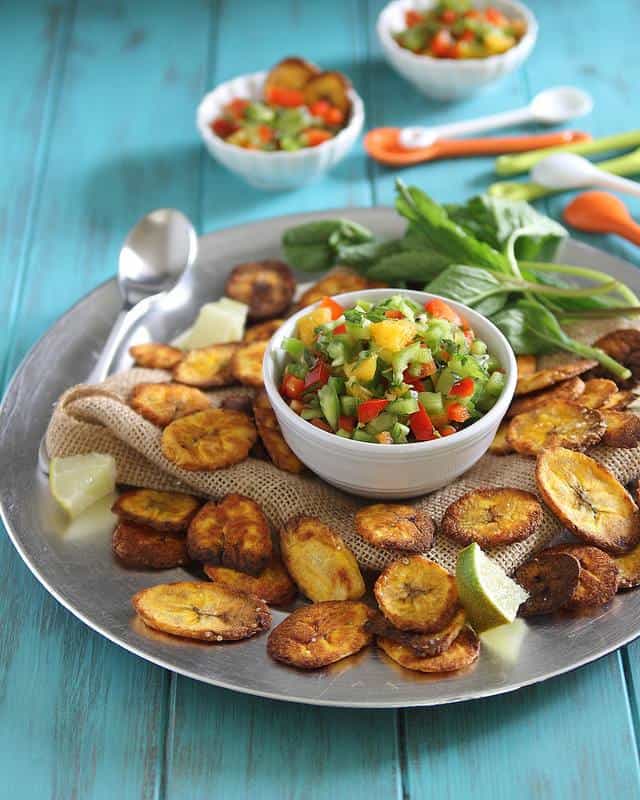 Rachel instagrammed a picture of an old No Doubt cd cover the other day which made me turn on the 90s pop station on Pandora. 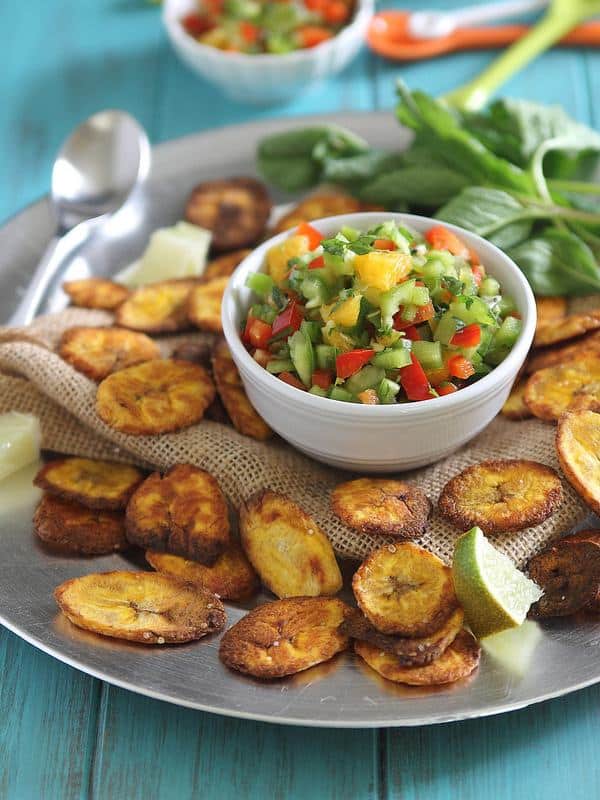 90s music defined my teenage years and pretty much every song that came on for the next 3 hours that I listened was instantly attributed to first, a boy. Because there were 3 distinct boy phases of high school for me. The freshman/sophomore one who will forever be attached to songs like Spiderwebs, Cupid and I’ll Be Missing You (the Puff Daddy version). I really don’t think he reads this blog, but if so things just got a little awkward now that he knows I still attach music to him 15 years later (hi, Pete). The sophomore/junior/I went a bit crazy ones who are too many to name that have every rap song ever played at a keg party attributed to them. And then there’s the boy that ended up being my husband. Blink 182, Lit and that really annoyingly stupid song by Len, Steal My Sunshine all belong to him.

But after the boy categorization there’s a million more memories. Like Jumper playing as loud as possible as I drove probably triple the speed limit in my Nissan Altima on a windy single lane road on my way to work. Save Tonight coming on in the limo ride to NYC to see Jingle Ball and being so paranoid as we all got into the limo at a friend’s house with an obscene amount of beer bottles in our backpacks that her mom would definitely hear them clanking together as we walked past her (she didn’t, but drinking 8 beers on a 1hr+ car ride resulted in trying to open the limo door on the highway while stuck in traffic and a very pissed off limo driver). I can’t hear Someday by Sugar Ray without remembering that entire cd on repeat while I rode in a teammate’s minivan to a soccer tournament in Pennsylvania. I never liked Sugar Ray, so that was a particularly torturous trip. And then there was the idiotic drunk moment of screaming every.single.word to Juicy on the deck at a party because some girl I hated told me I couldn’t. I did (and still can…freakin’ love that song) and remember being really pissed off at her. Now it just seems like the most ridiculous thing to “fight” over. Ha.

How cool would it be if we could just figure out a way to get back in whatever moment comes to mind when that song comes on? If we can figure that out in my lifetime, I’ll be a happy girl. 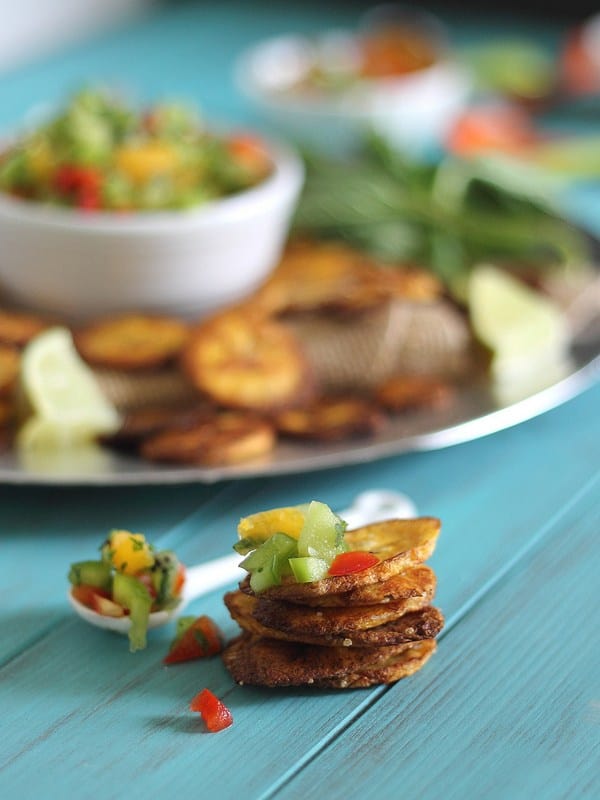 Because right now, in what has so far been a pathetic excuse for spring, I’d really like to be on that beach in the Dominican Republic with these plantain chips.

OMG! I am so trying this! Can't wait!

This looks amazing! I love plantain chips but I've never tried making my own. Such a smart idea. I wonder if this would work in a dehydrator too?

Where can you buy plaintains???/

Reba - Not So Perfect Life

YUMMM... I didn't think you could bake these. In Nicaragua we ate so many of them. Perhaps I'll make them and my boyfriend and I can look at old photos :)