AS AN AMAZON ASSOCIATE I EARN FROM QUALIFYING PURCHASES
648 shares

These paleo baked pears are drizzled with honey, stuffed with dairy free coconut milk yogurt and topped with a sweet pecan crumble. They’re a delicious pie-alternative to celebrating fall.

There was a time at the ripe old age of 25 that I sat in my living room in our house in Florida with a holiday edition of some decorating magazine in my hands and cried to Ulysses how I missed the change of seasons in New York and wanted to move back. 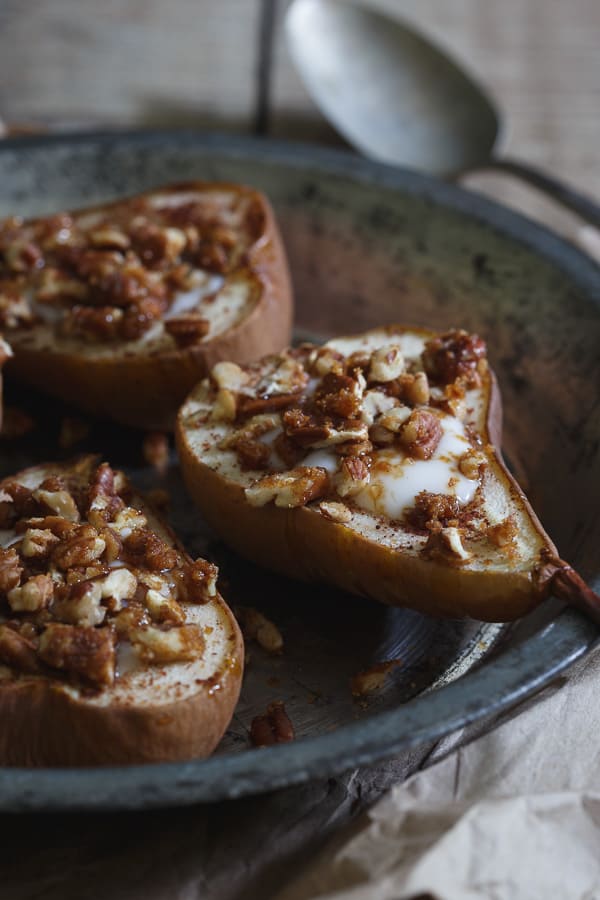 Eight years (and eight looooong NY winters) later, I truly wish I could slap myself in the face for that outburst of idiocy. I wish life came with do-overs because that is one of the few things I’d rewind to and change.

It’s true, fall is one of my favorite times in NY, but what I’ve realized now is that a short 2.5-hour plane ride could’ve given me my fix of apple cider donuts, pies, apple picking, pumpkin patches, foliage, and everything else fall is about for a week or two, and then I could’ve flown myself back to my pool, 80-something degree weather, and palm trees instead of hibernating for the next 5 months. 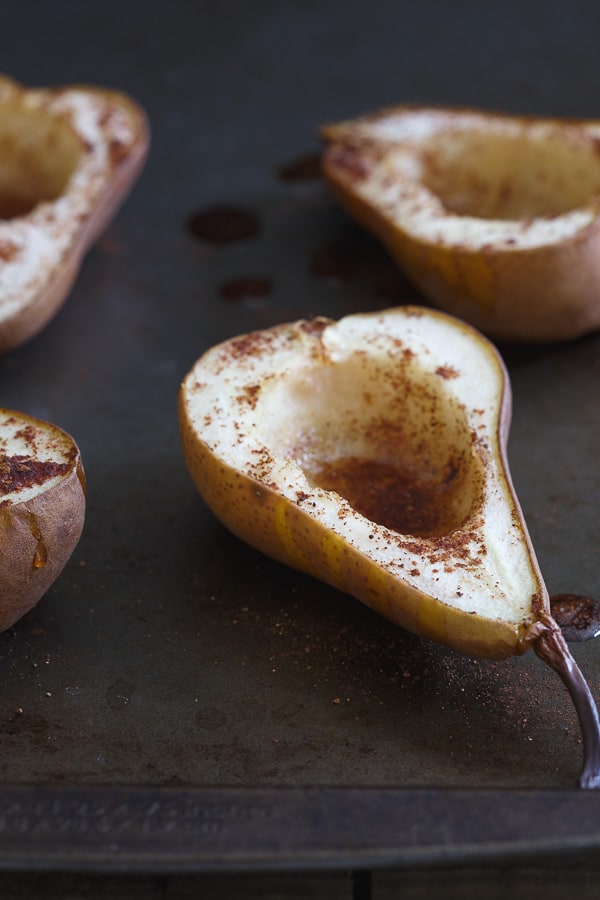 Everyone thinks of apples when they think of fall, but aside from the occasional Honeycrisp, I’m really not a huge apple person, although I do love me some apple butter.

I don’t hate them, but I just don’t have any special affinity towards them either.

I’d rather eat a pear (this granola pear bread being one of my favorite fall treats). 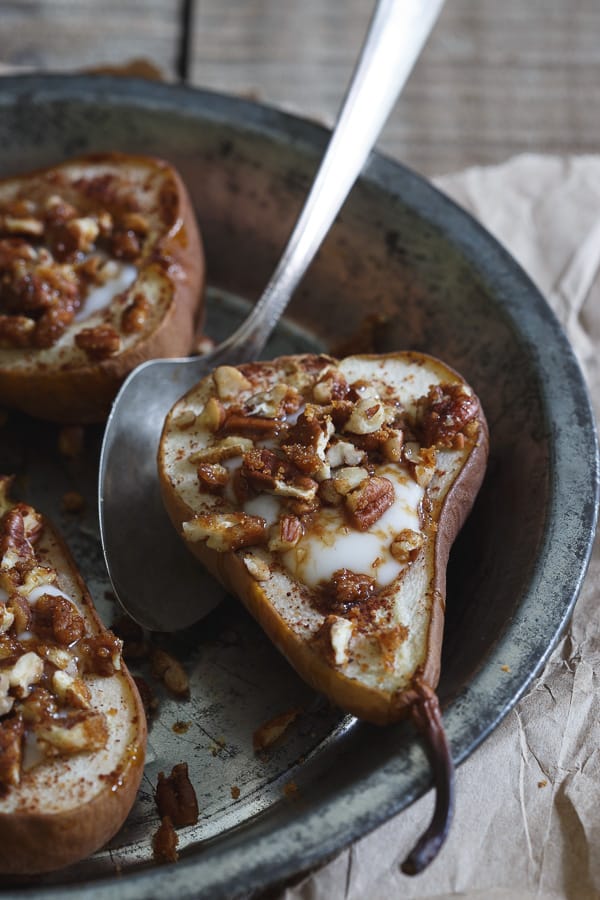 In thinking of fall desserts to share, I realized pear pie isn’t a thing you hear of too often. Why is that?

We have fruit pies of literally every other kind but never pears it seems. Weird, right? Well, I didn’t solve that oddity today but I did bake them, stuff them, and drizzle them with all sorts of deliciousness that makes me think maybe moving back to NY wasn’t so bad after all… for like 5 seconds before my brain goes all Game of Thrones and screams, “WINTER IS COMING!”

I also shared this paleo baked pears recipe over on Food Fanatic, so be sure to check it out there!

They look flawless! I'm thinking.. maybe it could be done the some but using melons instead? Can't wait to make them this weekend!

I am not big on Apples either! But I am a sucker for pears. These babies look incredible!!!

I love pears too. They often get forgotten and overshadowed by apple season and then by pumpkin mania! These look absolutely delicious!

This is an easy and healthy dessert that my whole family would love!