This bacon and asparagus fried couscous is pan fried in bacon fat for a delicious spin on fried rice.

Let’s talk about things that don’t go together so well:

Side note: why do we even DO daylight savings time still? Can we all just agree that needs to end? Falling back is great but springing forward leaves me stabby and legitimately pissed off about losing an hour of sleep. Don’t mess with my damn sleep! I haven’t had kids for this very reason but here’s the government ripping away one of my precious hours because we’re accommodating for all those farmer children out there. Um, hi it’s not 1925. 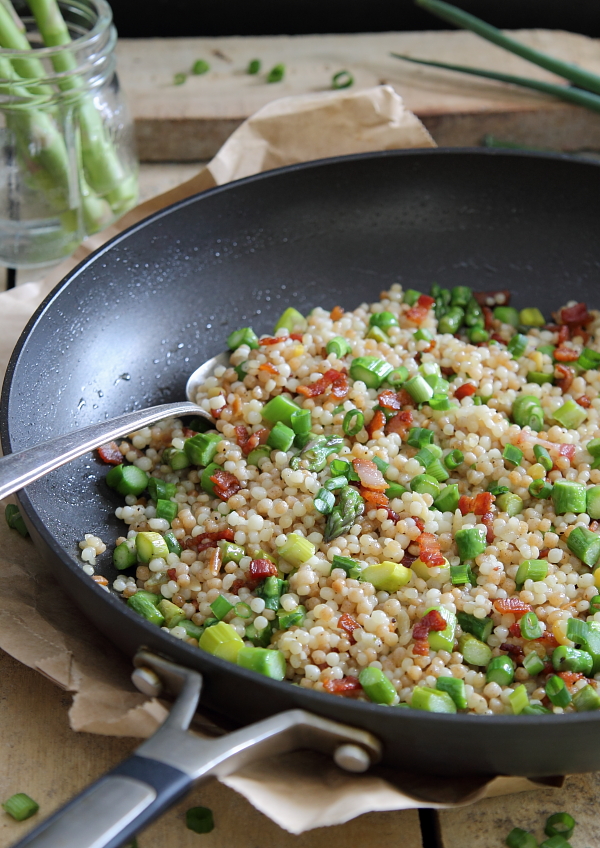 Not that Jager shots are an acceptable alcoholic choice any time at almost 32, but the night you lose an hour of sleep is pretty much one of the worst times one can pick. Three times over nonetheless. 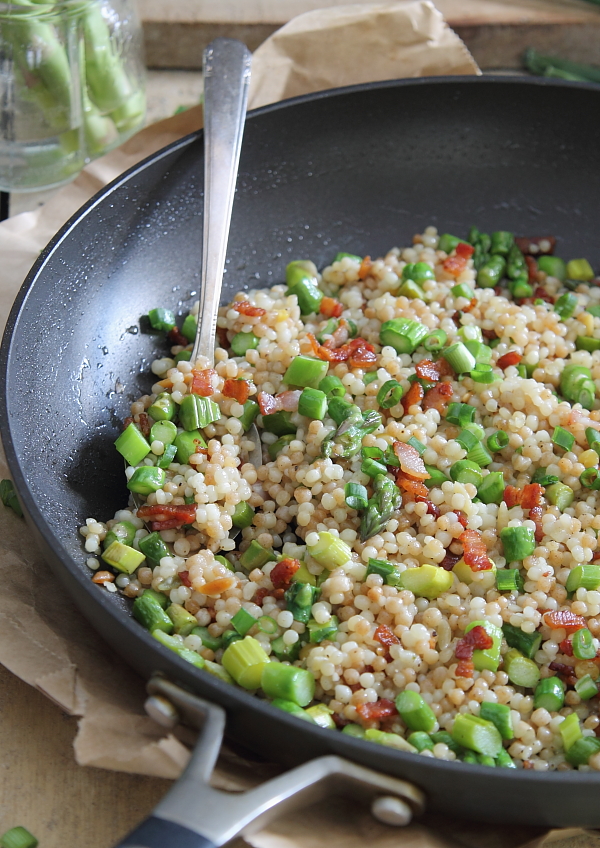 Not surprisingly, I woke up in a fog yesterday morning craving a bacon, egg and cheese sandwich from a deli (homemade ones never quite taste the same) but since it probably wasn’t a good idea for me to get in a car to make that happen, I decided on this instead. Really, it was just the bacon grease I was after anyway. Mmm, bacon.

If you like fried rice (and um, who doesn’t?) you’re gonna want to try this. Simple Israeli couscous (basically, pasta) gets pan fried in bacon grease until it starts to get crispy and golden. And since it’s tossed with asparagus, the bacon doesn’t count. Isn’t that how food math works? Veg cancel out fat. It’s a thing, trust me.

It’s pretty much springtime comfort food, an easy side dish or even meal with that fried egg on top and hungover or not, delicious as heck.