This shaved asparagus and blood orange salad is topped with toasted quinoa for some crunch. It’s healthy, bright and refreshing.

I’ve done some awkward things in my life.

Trying to shave thin asparagus, stalk by stalk for this salad is definitely one of them.

Or maybe that’s more along the lines of just stupid. 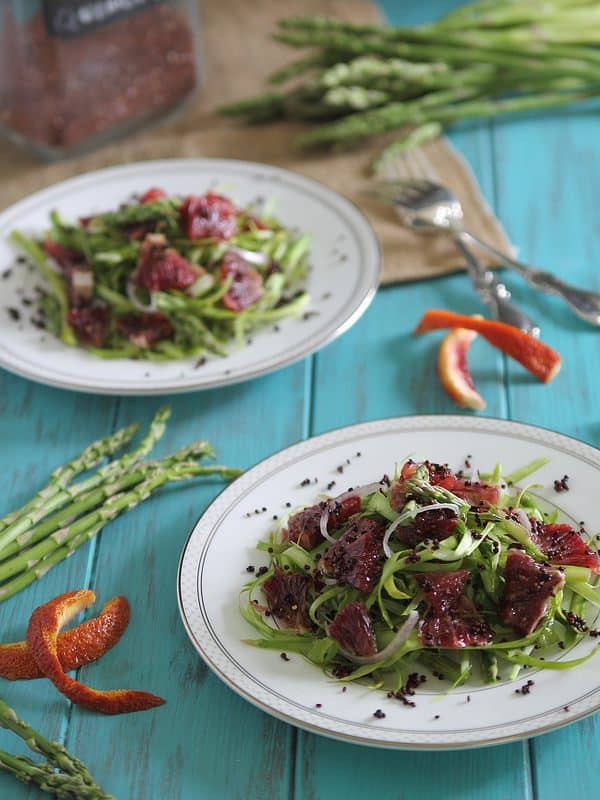 Awkward would be spending 45 minutes in your foyer trying to take your own headshot against the only white plain background in your entire house, your front door.

It’s mid afternoon, I’m in my typical wardrobe which consists of whatever I’m going to wear to workout in later + a hoodie + fuzzy slippers.

Sometimes I upgrade the hoodie but only on days that require web cam usage.

Those days also get a touch of makeup and a straight iron through my hair if I’m feeling ambitious.

Yesterday was not one of those days. 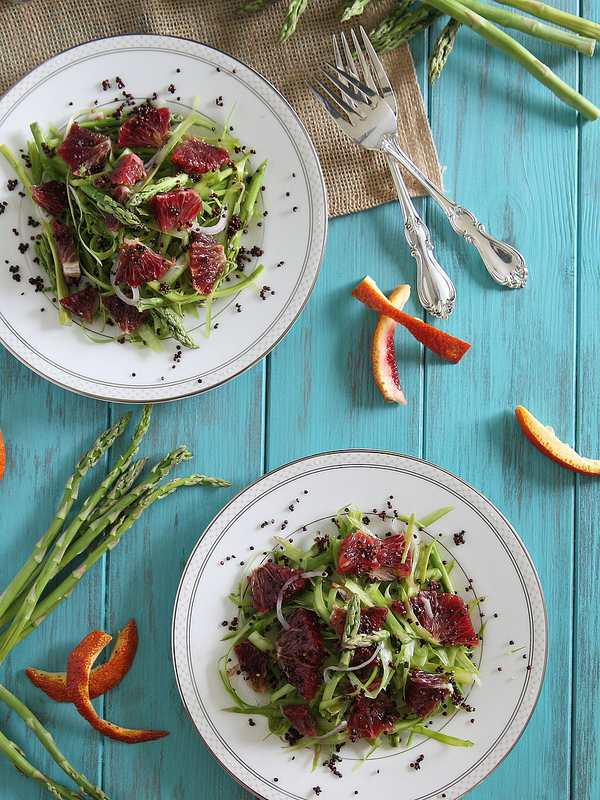 So an email comes in asking for a headshot for the local newspaper (details of which I’ll leave out because who knows if it’ll even happen) ASAP.

Which would be fine and all….IF I HAD A HEADSHOT.

But I don’t because headshots remind me of school pictures and there’s not a single school picture I can actually remember liking in my lifetime.

Do you ever see yourself in pictures and think “shit, I actually LOOK like that?”

Like, if that’s what the camera is telling me, it’s gotta be true even though in my head I swear I look different (read: better).

Anyway, so what does one do in a headshot-less situation such as this?

Get dressed, do your makeup, tame your hair and bust out the tripod you bought last week to take pictures of yourself for 45 minutes straight hoping the FedEx guy doesn’t happen to come by while you run back and forth between the camera and front door. 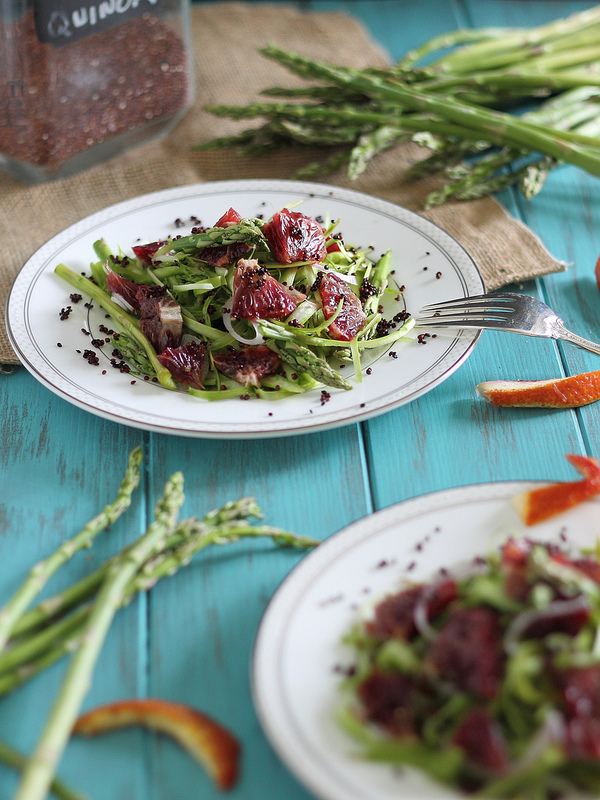 28 pictures and they all sucked.

I cut off half my arms, look artificially tan (even though I’m really white as a ghost right now) and somehow managed to look pissed off even though I swear I was making it a point to smile every time.

I think I’m just meant to be behind the camera rather than in front of it.

[…] 33. Running to the Kitchen | Shaved Asparagus Salad with Blood Orange and Toasted Quinoa […]

[…] Shaved Asparagus + Blood Orange Salad with Toasted Quinoa by, Running to the Kitchen […]

A Guide to Spring Vegetables - Asparagus