This buckwheat risotto is a hearty dish packed with flavorful mushrooms and leeks.

I don’t know what I want to tell you guys about today. So many things…

We could talk about how I had the meal of a lifetime last Thursday at Blue Hill Stone Barns and tried things like plankton (too fishy and ocean tasting for me), fried pigs ears (omg, the best thing on this planet) and venison tongue (not my thing at all) among 30 something plates of food with the best service I’ve ever encountered (although when you’re paying close to a mortgage payment for dinner, it damn well better be).

We could talk about how I cooked a 20 pound ham yesterday so we can chat about how to use up all those ham leftovers for Easter you’re gonna have later this week and how there’s barely an inch of free space in my fridge now because of it. Ham for daysssssss.

Or, we could talk about how I turn 32 today. 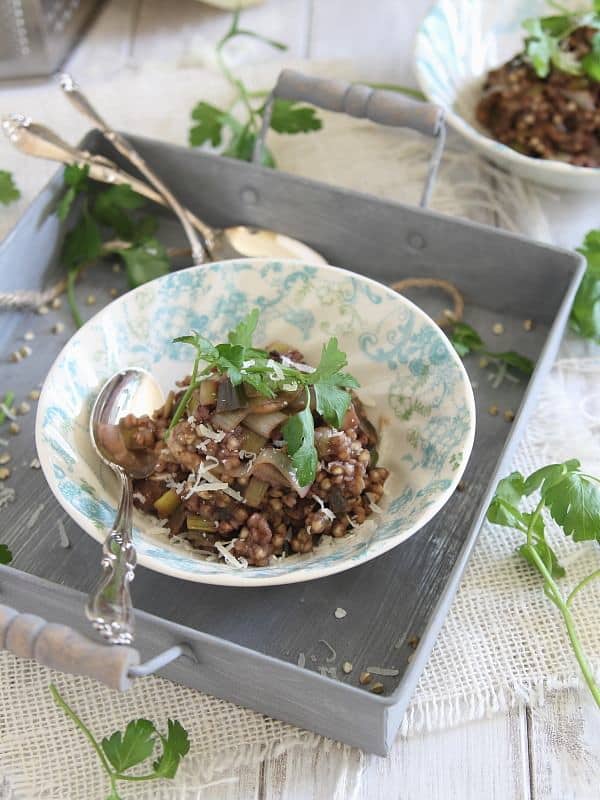 But I’d rather not because I’m pretending it’s not actually happening. 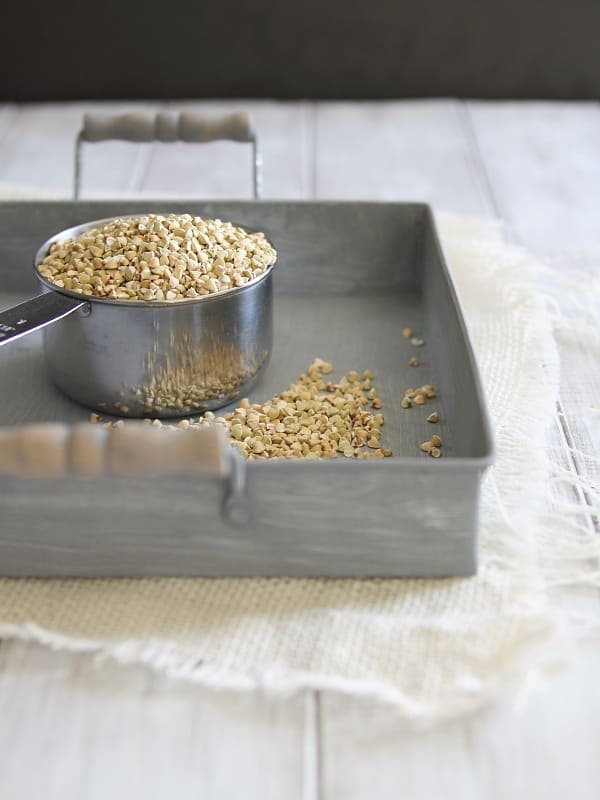 So let’s talk about risotto instead. 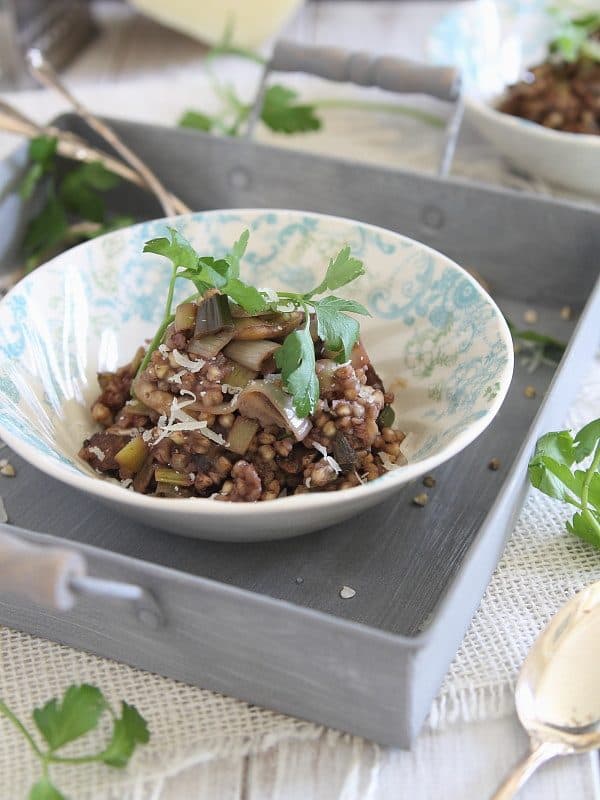 It took some courage to buy these buckwheat groats because last time I bought buckwheat in bulk, I got a beetle infestation in my pantry that originated in the bag of buckwheat. Outside of the moth/worm infestation I had one other time (also from bulk food buying, great track record, huh?), it was the grossest experience of my life and I spent an entire day throwing out food and cleaning shelves. So this time, I bought a small amount, ground most of it into flour immediately and decided to use the remaining groats asap to avoid any lurking infestations.

I love the heartiness of buckwheat and it really stands up well in a risotto. It’s remains chewy enough while still tender and pairs really well with the savory mushrooms and leeks that get cooked up in butter and red wine. It also goes deliciously with a side (or 50) of ham.

This was delicious! Will definitely make this one again. Might try white wine instead of red to improve the color of the dish. I did add chopped, pre-cooked bacon from Trader Joe's when sautéing the mushrooms. Bookmarking this one, thanks for the recipe!

I made this for dinner last night - it was fabulous! I had fresh made chicken stock, so I used that, and put in a couple of drops of black truffle oil to finish it. Wonderful! Thanks heaps for a great recipe!

YUM! Thank You that worked out great!

For better "risotto" consistency, mix 1 cup of cashews with water and parsley in a blender to make a creamy sauce and mix in right before serving.

I am so excited to see a buckwheat recipe from someone of non-Slavic background. :-) Buckwheat and mushrooms is such a classic combination for me, I ate so much of that stuff growing up and one of the first posts I published on my blog! Have you ever tried cooking with roasted buckwheat groats? They are much darker in colour and have deeper, richer flavour. Absolutely amazing. Beautiful blog, Gina, so glad to have found you!

Hi Julia! Thanks for stopping by :) I haven't tried making anything with the roasted groats yet. It's called kasha, right? I've seen them though and always think about buying them but just haven't yet. I wonder if I can just roast the groats I have and make my own?!