This Israeli couscous Greek salad is a melting pot of flavors in a light, delicious side dish. 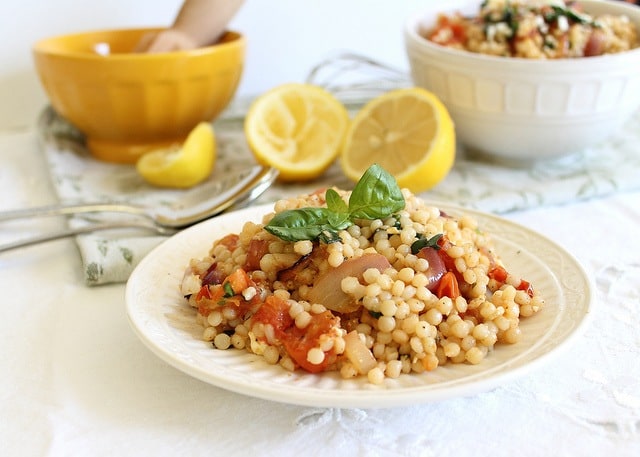 So couscous is known as the national dish of Morocco, but make the little pasta balls a bit bigger and then it gets labeled as “Israeli”, throw the elements of a Greek salad into it and you’ve got one hell of a melting pot on your plate.

I’ve never been to Israel, although half of my father’s family is supposedly from that general vicinity (we legitimately don’t know half his ancestry), but I have been to Morocco and Greece. This salad is like the love child of those two countries. 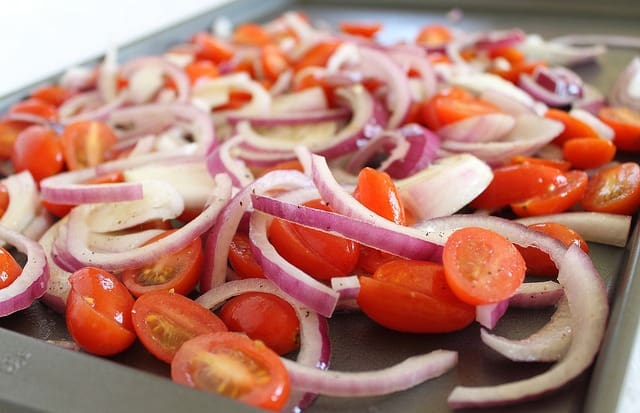 I think it’s far better to think of the delicious couscous than the memories of the Moroccan army boarding our tour bus with assault rifles slung over their shoulders as we crossed the Spanish border into their country or, the absolutely filthy streets of casablanca where litter was literally flying through the air in the wind and best yet, the foreign meat that we all ate at what I can only describe as Morocco’s version of Medieval Times that turned out to be camel (tastes like a fatty version of veal FYI). 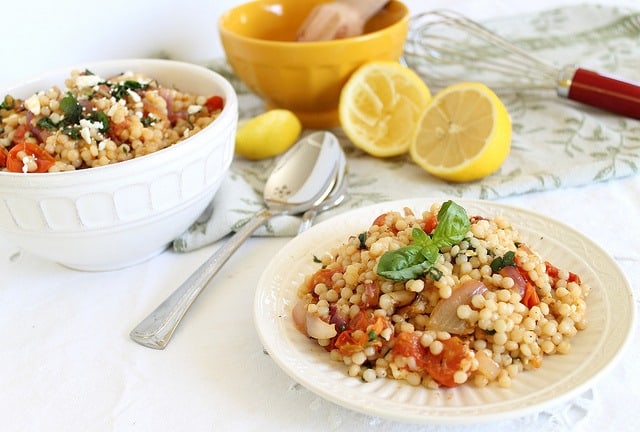 I don’t have nearly as exciting memories of Greece, just that it was insanely hot (we climbed the steps to the Parthenon in 110 degree weather) and that I ate an insane amount of Greek salads in the span of 10 days. I don’t think the taste of raw onions left my mouth until about a week after I got home.

That’s the thing about Greek salads, love every single bit of them except the raw onion part. How are you supposed to enjoy the delicious moussaka, pastichio or spanakopita when you could knock someone out with the smell of your breath?

I didn’t want Morocco to be all “dude what’s with your breath?” to Greece for this one so, Greece went in the oven to be tamed. 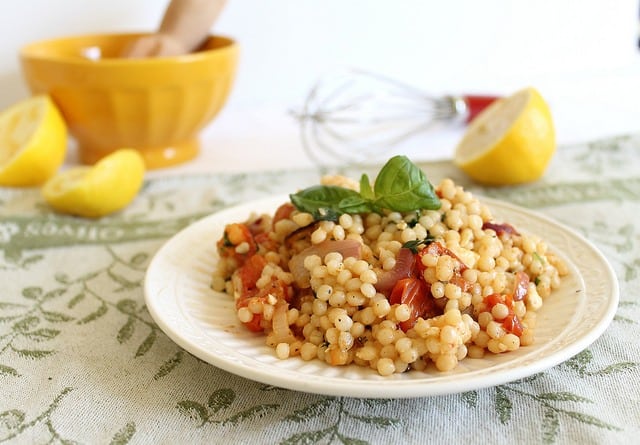 25 minutes later and it was one big party in the multicultural salad bowl. Full of flavor and sans assault rifles, what more could you ask for?

Is the coriander, ground coriander or fresh cilantro?

just made this salad with fresh cherry tomatoes and herbs from my garden, it is delicious! thank you

I made this for dinner tonight and WOW! I added a chopped cucumber, some chopped kalamata olives, fresh parsley, chicken cooked in lemon, salt and pepper (protein for us carnivore lovers), and a little bit of pignoli nuts for crunch and MY TASTEBUDS ARE VERRRRYY VERRYY HAPPY right now!! Thank you for the inspiration! Your blog is FABULOUS!

I love how you made it into a meal with the chicken. And kalamatas are SUCH a good idea! Definitely stealing that next time ;) Glad you liked it!

Sounds great but why not make it vegan - those poor sheep suffer for that feta cheese of yours - and use vegan alternatives; there are plenty of excellent vegan cheeses on the market.