This chocolate coconut popcorn is a simple snack taken to the next level with dark chocolate, coconut oil and shredded coconut. 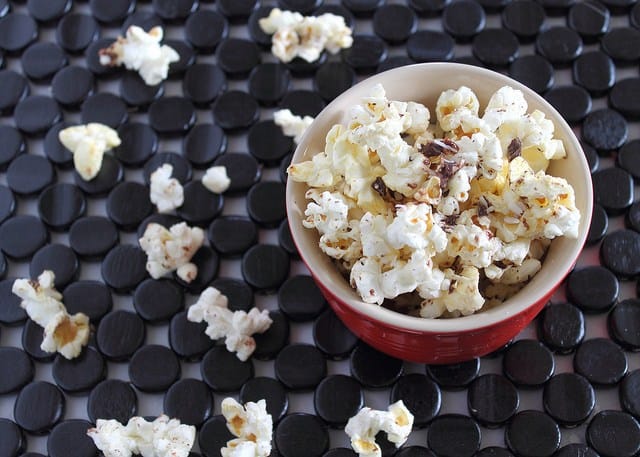 Did you all have a good love filled day yesterday? Honestly, it felt like any other day around here except we opened overpriced cards during breakfast. Mine had pop up dogs on it. #winning

Here’s the rundown of the Valentine’s Day eats. 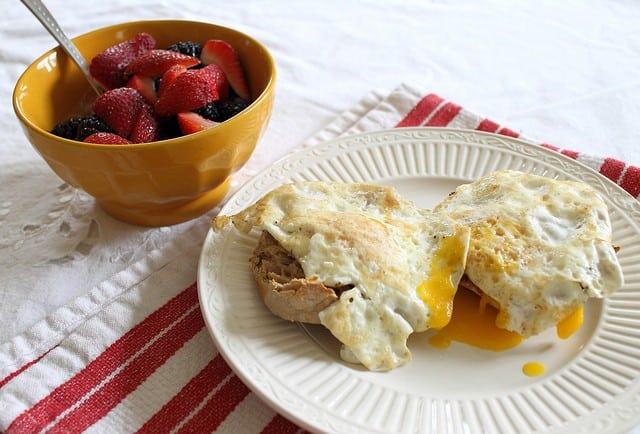 Similar to last week, we have the fruit bowl that’s hiding a yogurt/cottage cheese mixture with two eggs and an english muffin.

Again, looks like a lot, I thought it was a decent breakfast and yet I almost passed out during my lunch time workout from hunger.

I just don’t get my stomach. 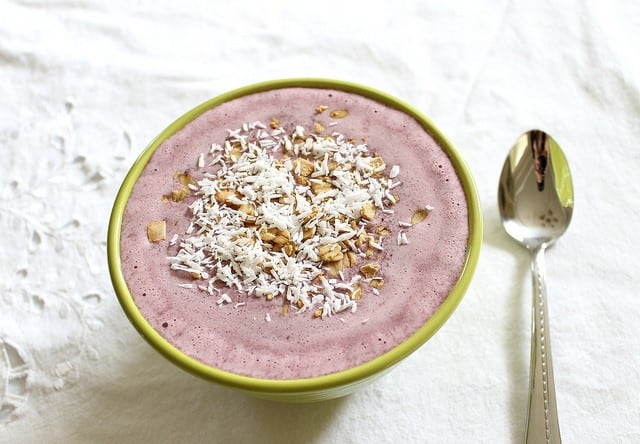 This was a two part meal because after a 2 mile HIIT run and a bodyrock workout, I literally felt like I was going to pass out from low blood sugar but at the same time, “real” lunch foods sounded totally unappetizing.

This was a cherry vanilla protein smoothie that I poured in a bowl because I wanted some toppings on it.

Part 2 about an hour later:

The last bit of cranberry quinoa salad and a cheddar/avocado melt.

After seeing all the posts from the Food Matter’s Project, I’ve had popcorn on my brain this week which is where this snack comes into play.

If you haven’t noticed, I’ve been a bit obsessed with this chocolate coconut combination.

It’s been in almond butter, brownies and now popcorn.

At first, I only poured half the bag into my bowl but when that was gone in about 2 minutes, I went back for more.

I just popped a bag of plain popcorn, poured melted coconut oil over it while still hot and then sprinkled with chopped dark chocolate & shredded coconut and tossed it all together.

When the popcorn cools, the coconut oil hardens and makes some of the chocolate stick to the popcorn.

I justified eating almost the entire bag by telling myself it was better than eating a brownie!

It’s a simpler version than my pomegranate popcorn mix but equally as tasty! 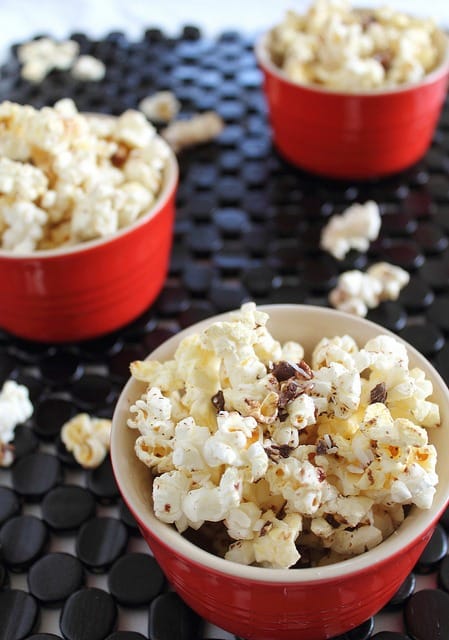 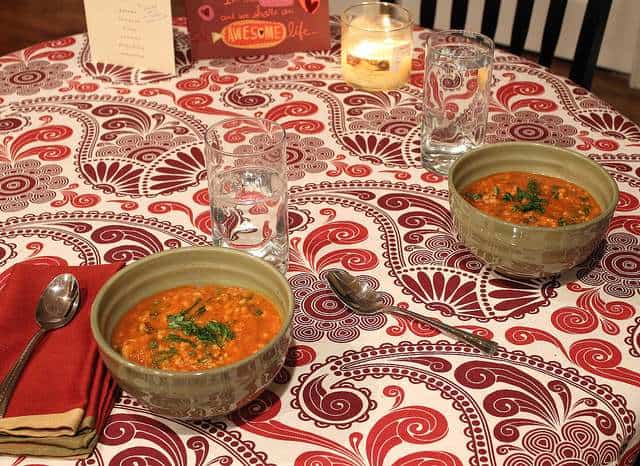 I had thoughts about making something fancy and Valentine’s-esque like a filet, but when it came down to it, I was just too lazy to leave the house.

Back up plan was this cajun shrimp soup I saw on Heidi’s blog the other day that looked simple, comforting and delicious which is exactly what it was.

I made it as is except sans basil (none on hand) and I added some chopped kale at the end for some extra veggies (in the spirit of this month’s WIAW theme).

An un-pictured brownie was also consumed while watching Downton Abbey.

Thank you to all who recommended it last week, it’s now my newest obsession. I only wish there were more seasons!

This is going to make me sound like a huge dork, but the music in the beginning gives me chills. I love it and it makes me wish I still played clarinet in full orchestra. I feel this way when seeing musicals too. I just want to jump in the orchestra pit and start playing!

Little random tidbit…in high school, I was first clarinet and Ulysses was first cello (although he never learned how to read sheet music, he memorized it all!). We played in full orchestra together but didn’t start dating until after he had graduated (he’s 2 years older) and had never spoken to each other while he was in high school.

Two years later, after a few months of dating, he asked me if I still had those “Jesus sandals” (remember the leather, strappy things from the mid-late 90s? You know you had a pair). I used to wear them all the time.

I was basically like “wtf? How did you know what SHOES I wore?” and that’s when he said he remembered them from orchestra practice.

All I remember about him is making out with his ex-girlfriend in the hallways before the bell would ring and he remembers what shoes I wore.

Everything you ate looks delicious, but that chocolate coconut popcorn is calling out my name!!! I have Downtown Abbey on my Netflix Instant Queue-sounds like I really need to start watching it {in between my Mad Men, Sherlock, and Merlin episodes!}

I love this popcorn! I definitely go through coconut phases and I'm definitely in the middle of one :) I could finish an entire bag too! PS: That avocado cheese toast looks amazing!

Lol I love that high school story. Too funny!

Dinner looks great and I loved the story!

I've never thought of adding coconut oil and chocolate to popcorn. Genius! Guess what I'm having for a snack tomorrow? Or maybe even tonight?

I had Jesus sandals too. They were quite the trend.