Chinese takeout…love it when I’m craving it hardcore, but any other day I’m usually repulsed thinking about what ingredients actually go into those suspect brown salty sauces and random soups. Last time I order egg drop wonton soup it was so disgustingly thick that I could literally turn the container upside down and the soup didn’t come out. That’s not normal. I haven’t ordered soup since. 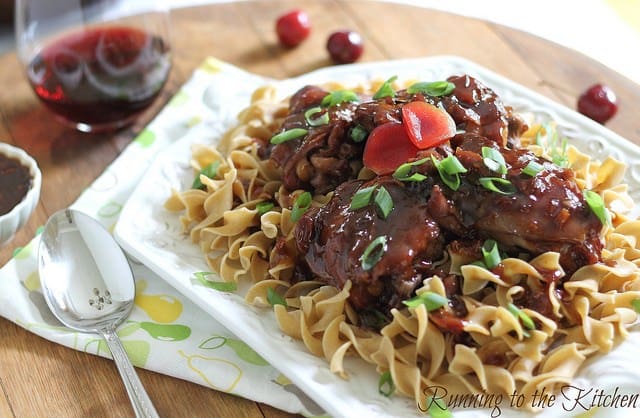 So when I saw this recipe in the cookbook, I knew I wanted to try it out. A homemade version of something that looks like it could be ordered off a Chinese takeout menu with ingredients that sounded normal (and no awkward ordering phone calls where you pretend to understand what they’re saying). Done and done. 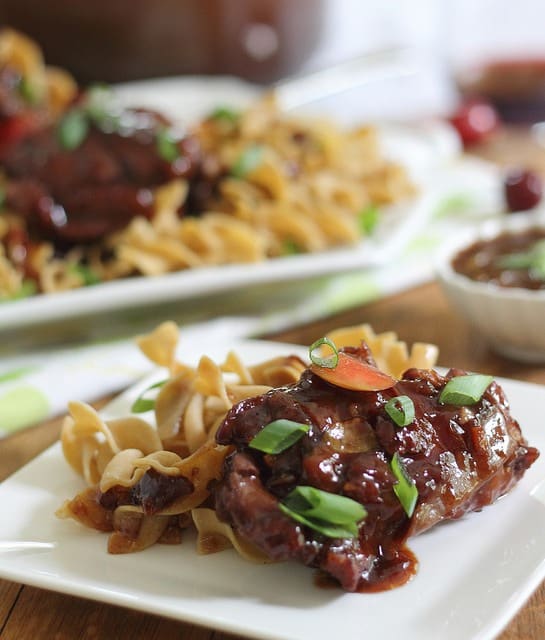 I was excited about this one. There wasn’t even a pat of butter or a tablespoon of sugar in the whole recipe. No heavy creams, no excessive oils. I finally thought we had a winner. And for the most part we did. This is an incredible flavorful, sweet and sticky dish that I’d gladly eat again. Probably not over pasta, (that was weird and didn’t really seem to go together) but definitely with some rice and vegetables.  The only penalty this recipe gets is for the soy sauce. Look below… the recipe calls for an ENTIRE bottle of soy sauce. And it’s not like it’s specified reduced sodium soy either. That’s a lot of freakin’ salt going on. I halved the recipe but reduced the soy even further (about 1/4 of what the original recipe calls for) just because my gut told me that would be too much and it was still borderline too salty. That’s really my only complaint though. 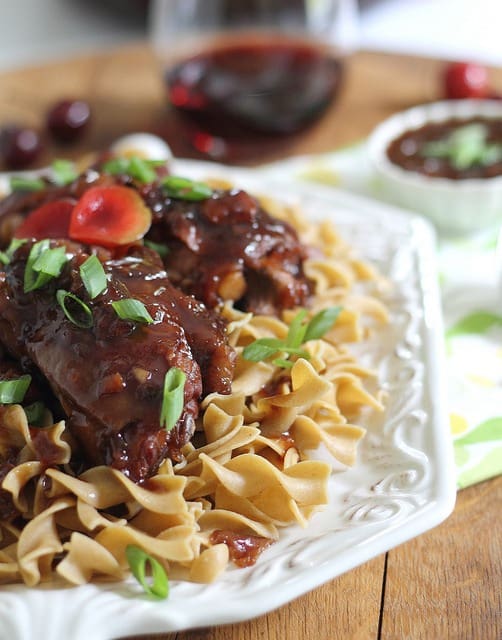 -I used a combination of cherries and plums and cherry preserves instead of plum preserves. In the notes after the recipe in the cookbook, she suggests replacing plums with cherries as an alternative. I like cherries better than plums so I went with it. I only added a few plums because I happened to get a pint full of them in our CSA last week. Cooked cherries + meat (especially duck) is one of my favorite combinations. If we’re out to dinner and that’s on the menu, you can pretty much guarantee I’ll be ordering it. I highly recommend this substitution.

-Once the chicken was done, the sauce was much more liquidy than what I expected so I reduced it further and thickened it up with a bit of a corn starch slurry. I’m sure if you wanted to use it as more of a pasta sauce it would’ve been fine, but I wanted it thicker, like that suspect Chinese takeout brown sauce. Cornstarch worked it’s wonders and it thickened up perfectly.

-I used a pinot noir for the red wine with lots of hints of cherry. It was the perfect pairing.

-Don’t half the recipe like I did. This was the one time I regretted not making the full amount. Leftovers would’ve been amazing. 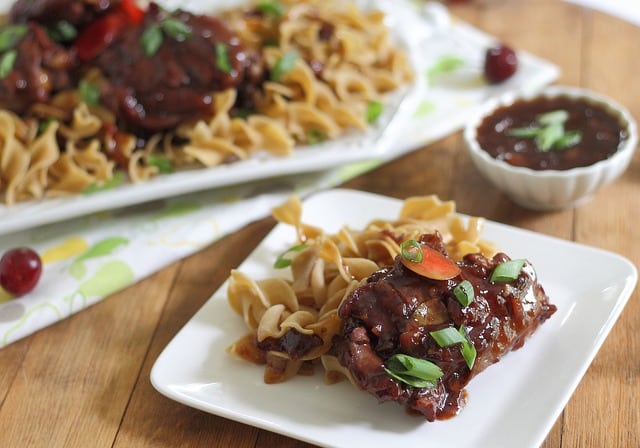 I loved this recipe because it’s been one of the few where I didn’t cringe as I added ingredients. There’s no heart attack inducing amounts of fats and the one tweak it needs (at least in my opinion) is an easy one, just use less soy sauce. It satisfies that Chinese food craving but gives you the satisfaction of cooking it yourself and knowing what’s going into your food.

Overall, I’d call this one a win.

Read what the other girls thought here:

For all previous PW Wednesday posts see below. 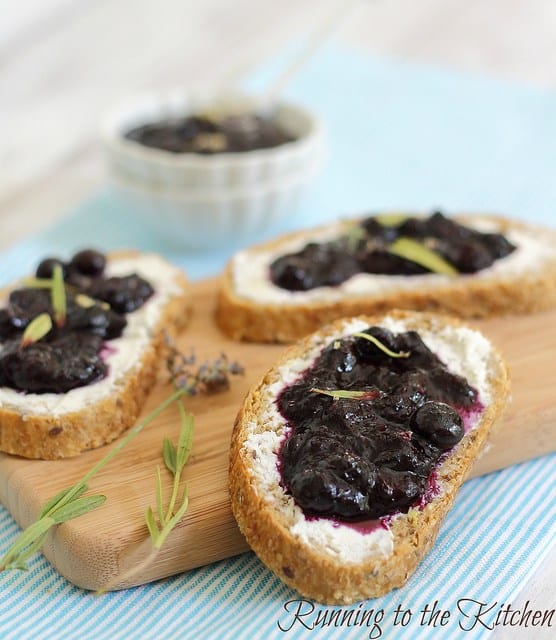 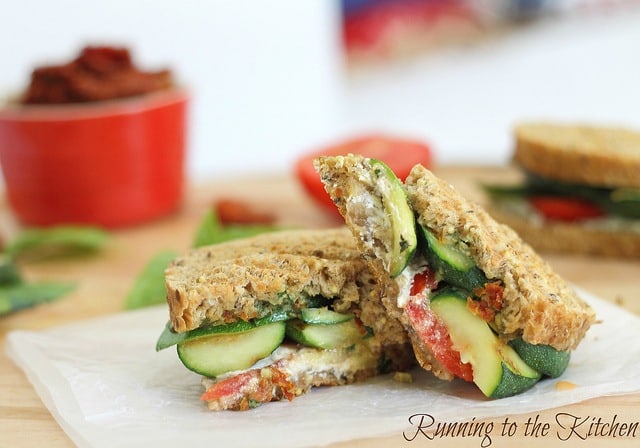 Think I could use sliced pork tenderloin?

Yes, I'm sure that would work.

[…] just nice to try different things – with familiar flavors – but still different!  This was pretty easy too – with a delicious flavor :)  I added some store-bought frozen rolls […]

OMG Gina thank you so much for sharing this recipe! This looks simply amazing. The combination of flavors sounds perfect. I can't wait to try this one. Yum yum