AS AN AMAZON ASSOCIATE I EARN FROM QUALIFYING PURCHASES
4 shares

Are those not the cutest darn things you’ve ever seen?

I know. It was almost too hard to take a bite. Almost.

Megan is to thank for picking these beauties for our second edition of PW Wednesday. We all agreed that there was to be no more frying and yet somehow ended up with another pan-fry recipe on our hands. Luckily, these were worth every single splatter of grease on my stove, counter and back splash and I busted out the apron from the get-go so there were no burns this time around. 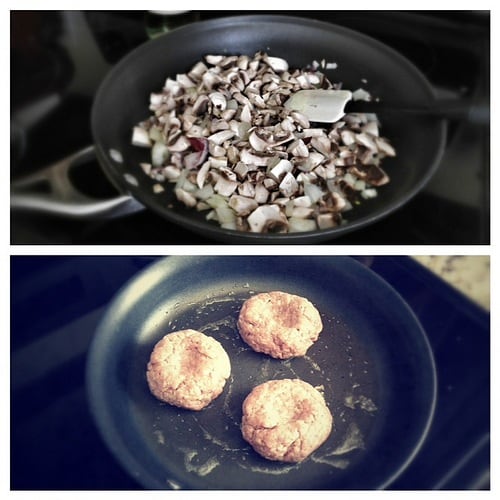 In high school I worked at this total hole in the wall kind of place called The Blazer Pub. It’s a no credit card, unpaved parking lot, tons of beer on tap kind of establishment that makes the best damn burgers in southern NY. Half a pound of meat, cooked to order (you want rare, you’re getting a beef patty that’s practically mooing placed in front of you), juicy burgers made better only by the fried to perfection crispy steak cut fries. I worked there about 20 hours a week back in the day and somehow didn’t gain a pound. I miss that metabolism.

The thing about a Blazer burger was it’s simplicity. No fancy schmancy spices or stuffing the meat with herbs, just beef. These sliders are just that. Simple. And yet moist, flavorful and with just enough flavor from the mushroom topping to make each bite seem special. 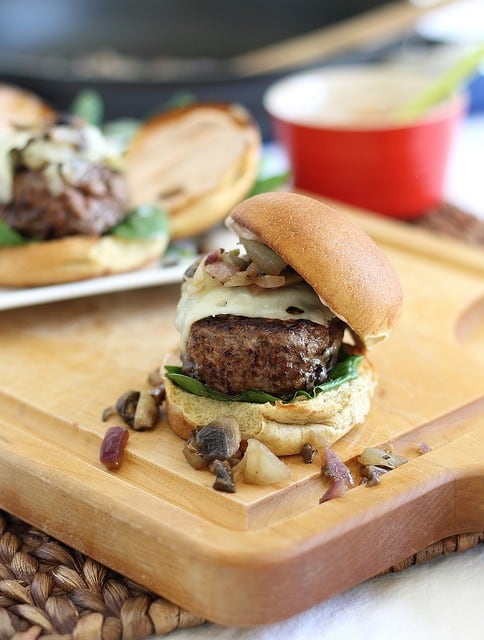 I’d venture to guess that most of you who read this blog probably take some active interest in your health considering most of what you see on here is pretty healthy/clean food and/or workout related stuff. So you might be wondering why the heck I’m participating in this series considering the cookbook we’re using is not really synonymous with the term healthy. I hear ya. I’ll be honest, had it not been for this series, I probably wouldn’t have bought the cookbook. But having now done so, I’m glad I did because if anything, it goes to show that most “normal” American meals (which is how I’d classify most of the food in this cookbook) can be made healthier.

The recipe for these sliders called for a mayo/ketchup mixture for the sauce. I subbed in greek yogurt. It called for a good chunk of butter, I used half the amount of butter and then halved that with extra virgin olive oil. It called for heavy cream to be mixed with the beef, I used 2% milk. It had no greens in sight, I added baby spinach (because eating something that’s all in the beige family just bothers me). I used lean ground beef and served them on whole wheat sliders. And in the end, it didn’t taste like anything was missing. So I don’t really think of this series as hypocritical to my food beliefs and this site’s content, but more so a fun challenge to take on and make my own. I’m sure almost none of you even thought that deeply about this, but there’s my $.02 after a 20 minute shower conversation with myself (you know you do that too). 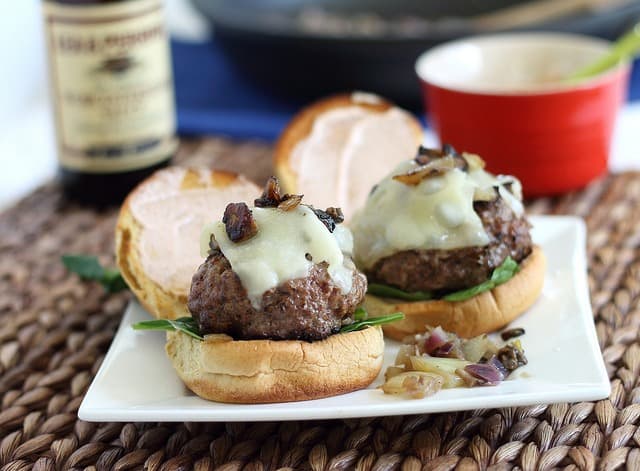 So make them your own (however that may be) because that’s what cooking should be about. Just please, please cook them medium rare. Anything over that is an injustice to the cow (kidding. kinda).

For the full recipe head on over to Megan’s post.

And then go check out these lovely ladies’ posts for their versions.

[…] from Table for Two Blog, Tina from My Life as a Mrs., Gina from Running to the Kitchen and Rachel from Baked By […]