AS AN AMAZON ASSOCIATE I EARN FROM QUALIFYING PURCHASES
135 shares

These orange sweet rolls are from the Pioneer Woman’s cookbook. They’re like a cinnamon roll but better and perfect for breakfast.

Most people see Cinnabon and start salivating. I see it and have memories of one of the most embarrassing moments in my life. My mom and I were on our way down to visit Villanova on one of the many college campus trips that summer. To get to Villanova from New York you take the NJ Turnpike. A lovely traffic free highway with clean, healthy rest stop options.  Or not. But that didn’t matter then. I was 17, played sports 6 days a week and ate whatever I wanted including a Cinnabon roll at the rest stop. 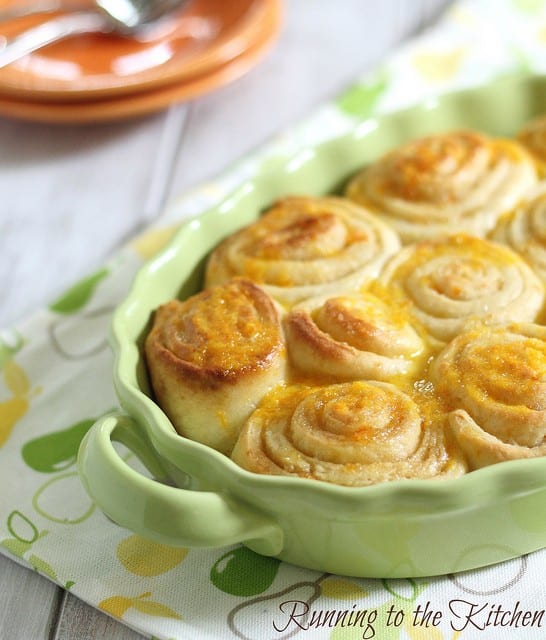 I went through this phase from about 5th grade through somewhere in college (it was a long one) where I’d get these insane stomach aches every few months. They’d come out of nowhere, I could never figure out the cause, they were completely debilitating and resulted in me spending hours in the bathroom going through what I can only describe as waves of pain that make me feel confident I will die if I ever go through childbirth.

Guess what happened about an hour after that Cinnabon?

I spent 2 hours in the admissions office bathroom at Villanova while my mother had to explain what was going on to everyone in the office. We missed two tours and even if I had loved that campus with all my being, there is no way you could’ve paid me to attend there after that episode.

Thankfully, I somehow grew out of the stomach aches in the last ten years and these are not a Cinnabon roll because I can’t look at or smell those without thinking of that day. 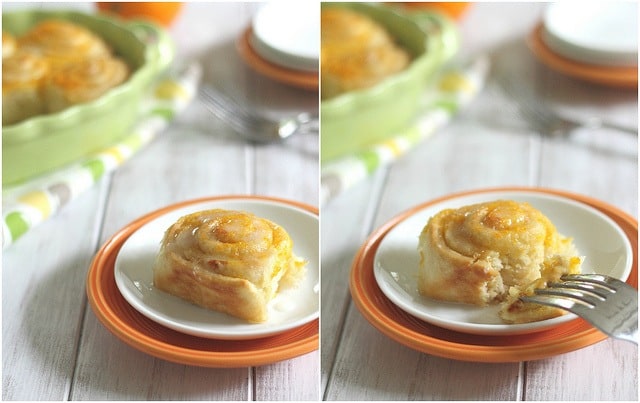 I sound like a broken record on these PW Wednesday posts but this recipe is over the top. From the 48 rolls it makes to the copious amounts of butter, sugar and oil it uses. At least it’s expected at this point. I actually went into this recipe with the full intention of making it how it was written (besides quartering it because I have beach plans this weekend and I’m not sure my bathing suits would even fit if there were 48 rolls hanging around these parts) so I could review it accurately. The dough was made exactly as stated (in a very weird method that you’ll have to check out Megan’s post for) but then I got to the rolling part. Guess what goes inside these babies? Ding, ding, ding! Butter and sugar. I even melted the stated amount of butter and had the full amount of sugar in a measuring cup but when I got half way through each and realized the dough was completely coated, I just couldn’t physically allow myself to continue. It’s like every recipe is just excessive. There’s just no need for the amounts that are written. So I failed at my attempt to keep them true to the recipe but I did not use any substitutions. I lessened amounts when I felt they were excessive in the filling and the icing, but I didn’t make any healthy swaps.

That being said, these are delicious. 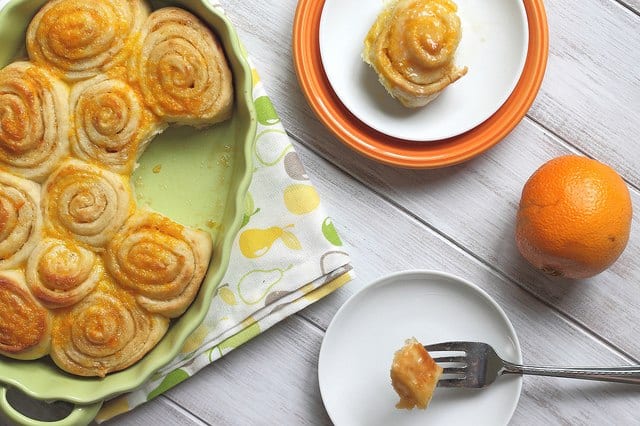 Like, that soft, gooey, chewy, yeasty cinnamon roll delicious except without cinnamon and with orange instead. The orange is nice because it cuts the insane sweetness of these. It almost makes you feel like they’re not as bad for you because the orange is so refreshing but the all too recent memories of butter and sugar snap you back to reality quite quickly.

This is actually a recipe (unlike most of the others) that I can see myself using in the future. Not as written (no, no) but as inspiration to make these over in a somewhat healthier way. It’s a pretty basic ingredient list and preparation method and I’d love to play around with it to see what I can do.

If something more nutritionally sound comes of them in the future, you’ll all be the first to know.

For the recipe head on over to Megan’s post.

For the other girls’ take on these check out:

For all previous PW Wednesday posts see below.

[…] to work for me. Ingredients were beyond excessive (my favorite word of this series) and while the sweet rolls did taste delicious in the end, there were large modifications made on my part to get them that […]

[...] Be sure to see what the other girls thought about this recipe: Table For Two Blog Running To The Kitchen [...]

This look so dang cute and I can practically smell the orange. Mmmmm