These cranberry cherry cinnamon rolls are a grain and gluten free treat topped with an almond cinnamon cream cheese drizzle.

A couple of weeks ago I had some family over for my mom’s birthday dinner. I bought a ten pound pork roast the length of a shopping cart that had to be cut into two pieces just to fit in the roasting pan to feed everyone and decided that besides the rosemary garlic rub I slathered all over the top it needed something more.

Twenty minutes later I had a cherry cranberry (and a random assortment of other ingredients I just started throwing in) sauce reducing on the stove that I later decided at dinner was one of the best things I’ve eaten in weeks. After eating the leftovers of it for a few days with every meal, I knew a variation of it needed to make it’s way into these cinnamon rolls. 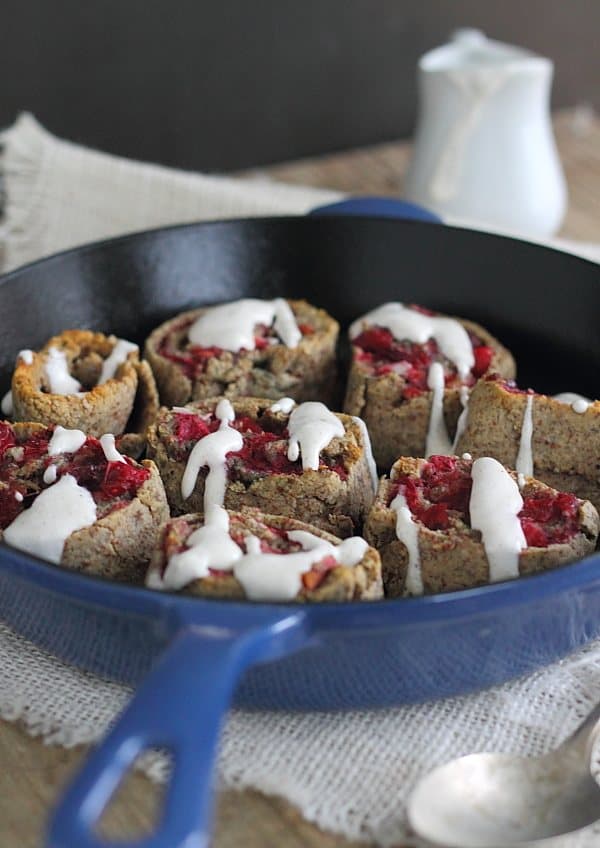 I’ve had grain free cinnamon rolls on my brain for months. They’ve been something I’ve wanted to do for awhile and I’m so glad I didn’t give in earlier because they would’ve just been plain cinnamon if that were the case and the filling is hands down what makes these. They’re just slightly sweet but still have plenty of cranberry tang. Obviously, they’re not yeasty like regular cinnamon rolls but there’s something to be said for no rising time and a just as delicious grain and gluten free alternative whether you have to eat that way or simply want a quicker than normal recipe. 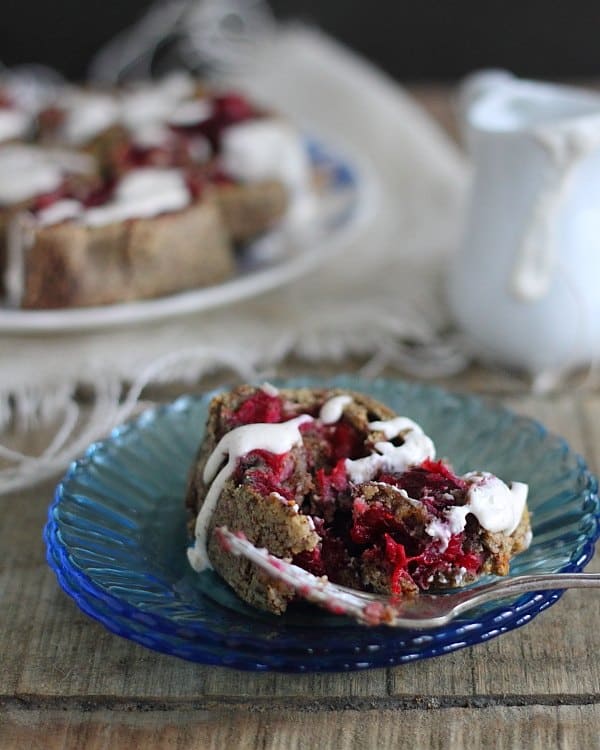 My favorite part about these rolls though is the ingredient list. I feel a lot better about having one of these for breakfast than the carb and sugar fest going on in a regular cinnamon roll.

This is a sponsored conversation written by me on behalf of Udi’s Gluten Free. The opinions and text are all mine.

Cinnamon rolls are one of my favourite treats ever. Way better than cinnamon buns if you ask me. These look like a delicious spin on the classic! I love fruit in my desserts so I am sure I will love these.

I love the flavor combination, and you can almost taste them when you look at the photos.

We don't have to eat gluten free but I am looking for ways to get less processed grains out of our diet and this just looks AMAZING!!!! Pinned!