Burrata may be my all time favorite cheese.

I thought I knew love when I tasted fresh (still warm!) mozzarella right out of the big pail it was made in at Eataly in Turin, Italy a couple of summers ago but no, burrata beats that. 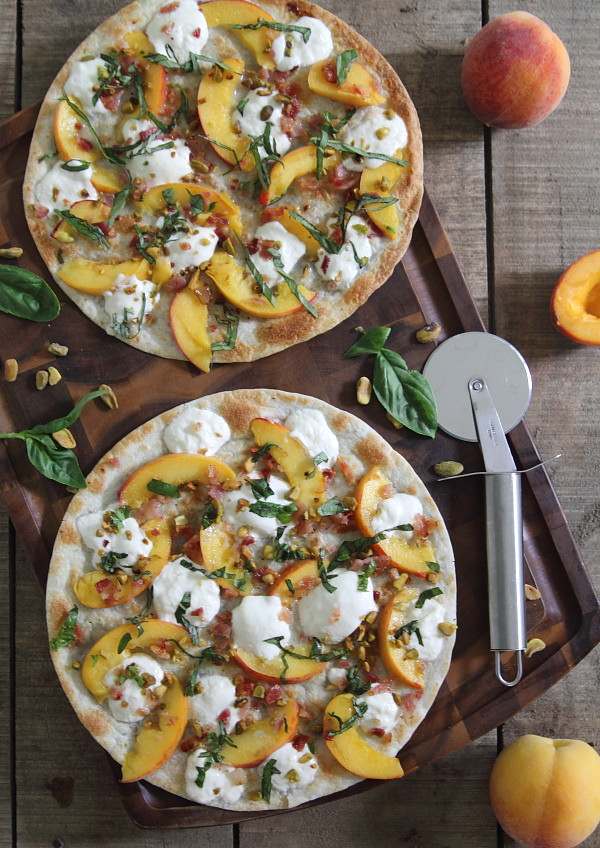 You think it’s like mozzarella from the outside but then the inside reveals this creamy, ricotta texture and you’re done for with the first bite. 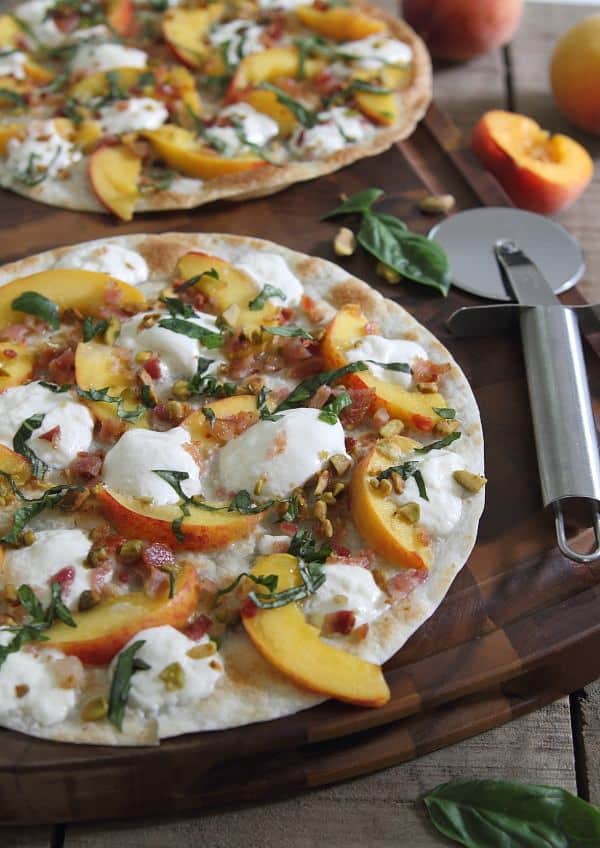 Last summer, Julie and I had this amazing speck, fried caper and burrata pizza overlooking the bay in San Francisco and after snatching up the last package of this cheese gold at the store the other day, I knew I wanted to make a lazy (wo)man’s version of that except, you know, minus the speck, arugula and capers and with peaches, bacon, pistachios and basil instead.

So really, nothing at all like that pizza except for the burrata but, whatever. 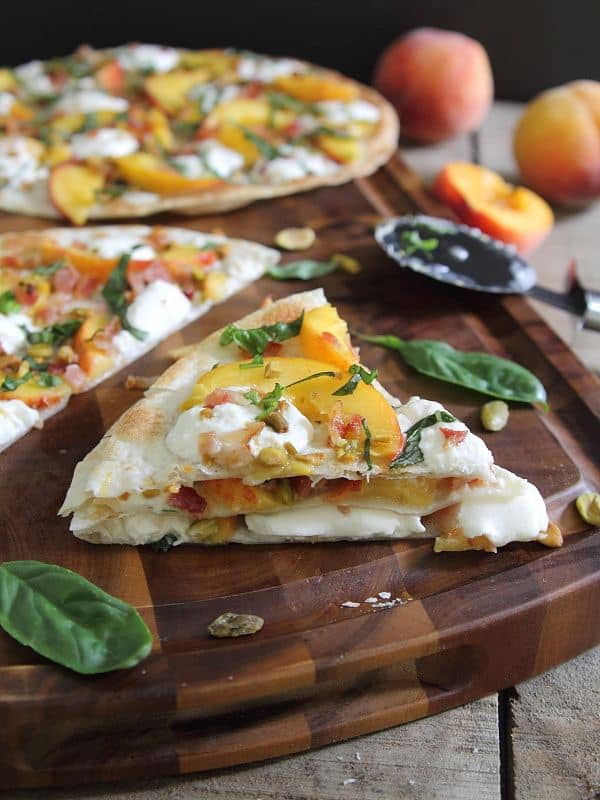 My beloved peaches aren’t safe from any recipe for the next couple of months, even quesadillas.

Gina, this is GENIUS!!! Peaches, burrata, bacon and pistachios--how can you go wrong?!!

Peaches: The Ultimate Guide | Get In My Kitchen!

Had to substitute mozzarella for burrata, almonds for pistachios, and prosciutto for bacon to make it on the spot. Wasn't a fan with the substitutes.

Made this tonite and although mine wasn't as beautiful as the photos in this post, it was DELICIOUS!!! Just a note. ..2 minutes in the broiler was too much. The edges actually burned black but that didn't matter. I just snapped the too-crispy edges off. Excellent flavor and an usual dish. Will get soggy quickly so eat 'em up quickly. That shouldn't be a problem!

culture: the word on cheese

[…] makes a beautiful melting cheese. Running to the Kitchen recently featured an open-faced peach, bacon, and burrata quesadilla, which looks as good as it must taste. Blogger Gina […]