AS AN AMAZON ASSOCIATE I EARN FROM QUALIFYING PURCHASES
30 shares 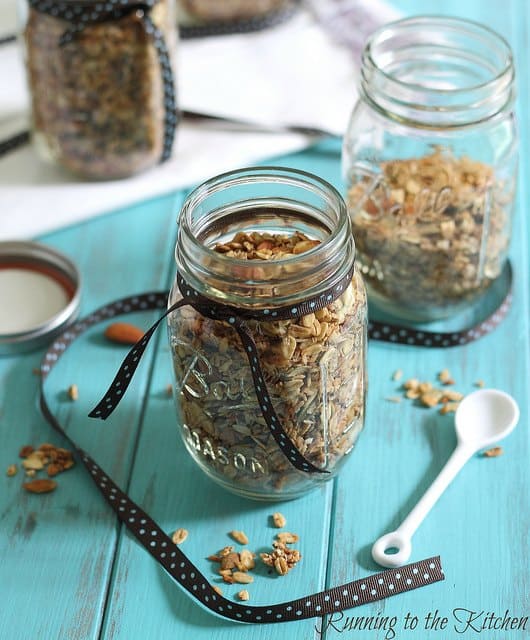 Yesterday was my soon to be sister in law’s bridal shower.

If things had gone like planned my mother would’ve driven the entire way to and from central Jersey because I was about ready to lose my mind if I had to drive one more minute in traffic after the last couple of weeks and this would’ve been homemade apple butter.

All of the bridesmaids started talking about the shower months ago and since I’m the only one not nearby to help out with the setup of the location, I was given the task of making homemade (food) gifts for the winners of the games we were going to play.

I thought, ok, perfect. I can do food. This should be simple enough.

Apple butter was what was mentioned and while I’d never made it, a quick google search told me it was only about 4 ingredients and it could be made in a slow cooker.

I could handle that.

Then, life got in the way, I ended up with one weekend at home in the past month and a half and apple butter started sounding more and more like a giant pain in the butt because peeling and coring enough apples for 20 cups of it just isn’t my idea of a party.

So 2 days before the shower, apple butter became granola and my mom ended up in the hospital with a really badly thrown out back.

It runs in the family. 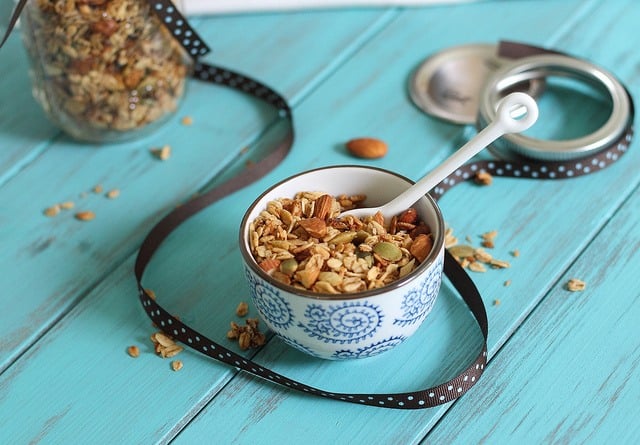 Not quite as planned.

This was my first time making granola and it’s definitely one of those things that once you realize how simple (and cheap!) it is to do yourself, you immediately start regretting the hundreds (thousands?) of dollars you’ve spent buying it prepackaged all these years.

If you can pour things in a bowl and mix, you can make granola at home. 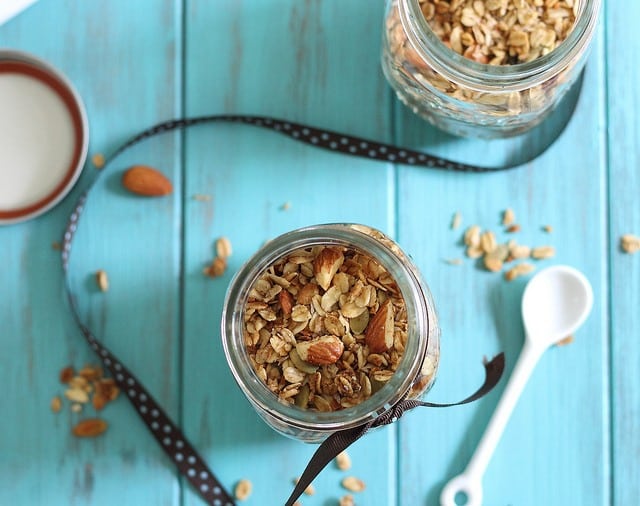 For my first go ‘round with this coconut almond granola, I let someone else do the leg work on the recipe creation.

Mostly because I made this at 10:30pm on Friday, not because I was scared to experiment with ingredients.

The only changes I made were eliminating the coconut extract and adding almond extract instead, halving the oil and subbing it with applesauce and adding chia seeds. 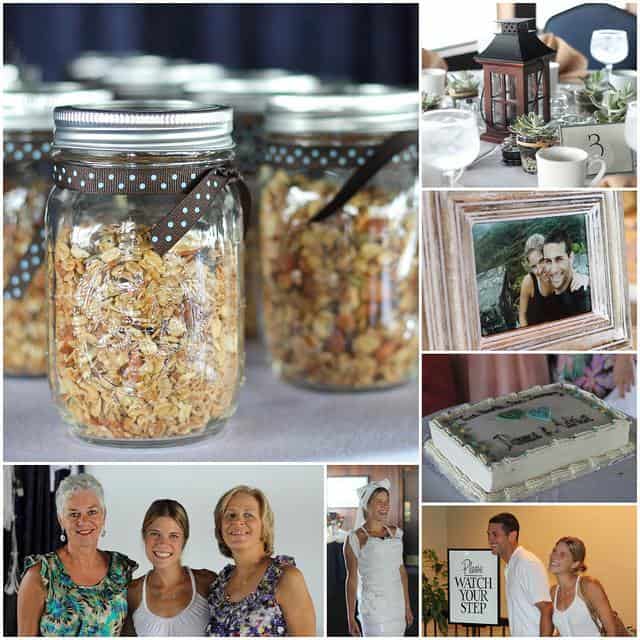 See how the jars aren’t quite full? I couldn’t quite get my hand out of the tray while it was cooling. It’s that good.

And now that the shower’s done, on to the bachelorette!

Oh, I also used unsweetened coconut. It was more than sweet enough and satisfying to my ever developing sweet tooth as the smells of it cooking filled my entire kitchen! :)

This is the best granola I have ever tasted and I've been eating granola for over 40 years! Mind you, I left off the brown sugar and the coconut extract because I didn't have any and I added some walnuts, cashews, sunflower seeds and flax seeds (didn't measure)! I also didn't have any parchment paper and thought wax paper would be OK but a lot of it stuck to the paper, so I'm eating the paper in certain parts! That's how good this is! :) I think I'm in granola love <3

I am addicted to coconut granola! So healthy and so yummy. I love that you added chia seeds— I haven't experimented that much yet but think this should be on the list!

I did find a great way to add clusters to the granola which takes it to a whole new level: http://familysponge.com/food/yummy-treats/coconut-granola/

Glad you liked the granola!