These homemade vanilla almond cereal puffs are a fun change up to your breakfast routine. Ditch the store bought sugar laden cereal boxes for a healthier, gluten free option you can make at home! 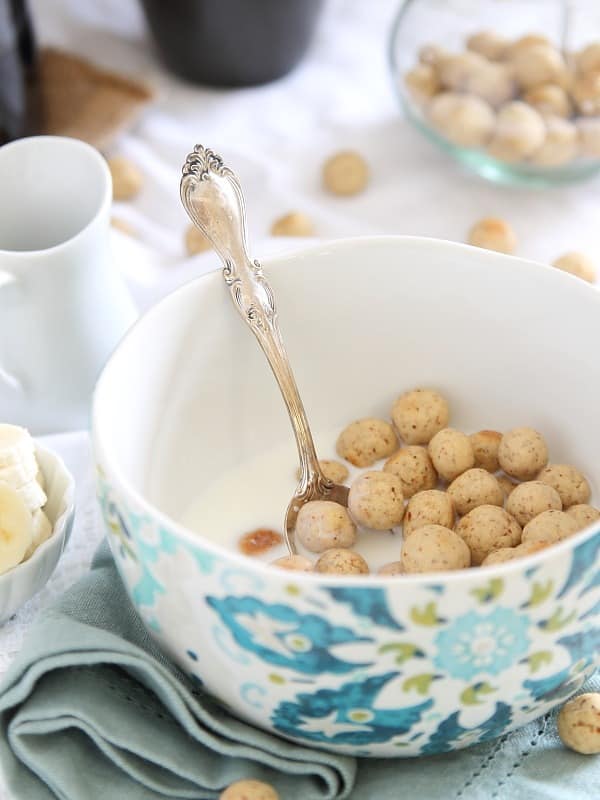 Growing up, we were a “normal” healthy house. Meaning, there was the occasional yodel or twinkie on the counter but school lunches were on whole wheat bread, a bologna and mayo sandwich was out of the question and fruit roll-ups were about as good as the snacks got.

Dinner was always homemade, no chicken nuggets from the freezer and vegetables with every meal.

So while friends got to eat their sugar laden cereals and pop tarts every morning it was an all out fight with my mom in the grocery store to just get anything besides the disgusting (at the time) Kashi box that took permanent residence in our pantry. 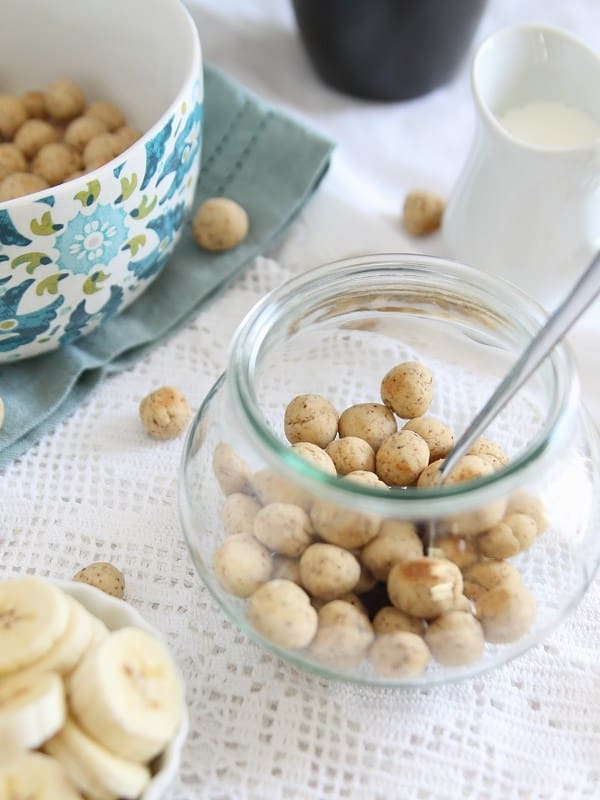 I must’ve been about 5 but I can remember the scene like it was yesterday.

We were in the cereal aisle and I was begging, pleading with her to let me get a box of Golden Grahams.

No idea why that was the one I wanted but I was adamant. I don’t know what happened, either the stars aligned or she was just tired of fighting with me, but I won.

I happily grabbed that box off the shelf, we paid, loaded everything up into our baby blue Chevy Cavalier wagon and by some act of god, I was allowed to eat some in the car (my dad was a stickler about no eating in the car. Dirty his car or ruin his lawn and you’re as good as dead).

10 minutes later, Golden Graham engorged, I puked in the car. 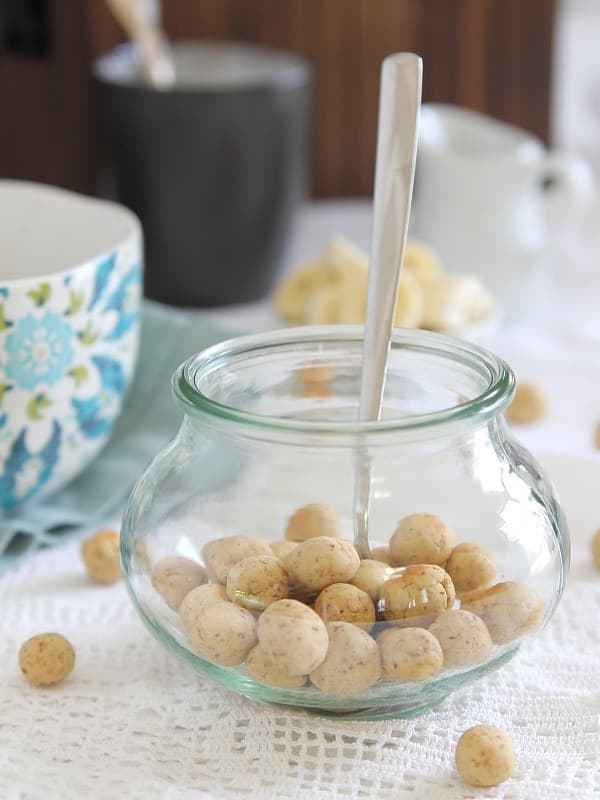 No idea if it was the driving, the cereal, a stomach bug or what but I never argued for fun cereals again after that and besides the occasional Lucky Charm indulgence (who can resist those marshmallows?!), I honestly have no desire to eat them.

The Golden Graham experience did me in.

I saw these homemade mocha puffs last week and thought “why the heck have I never made my own cereal?!”

1. How fun does that sound?

2. I control the ingredients

3. Therefore I can eat an entire bowl and not feel bad that I just quadrupled the suggested serving amount (who the hell eats 1/2 a cup of cereal anyway?) 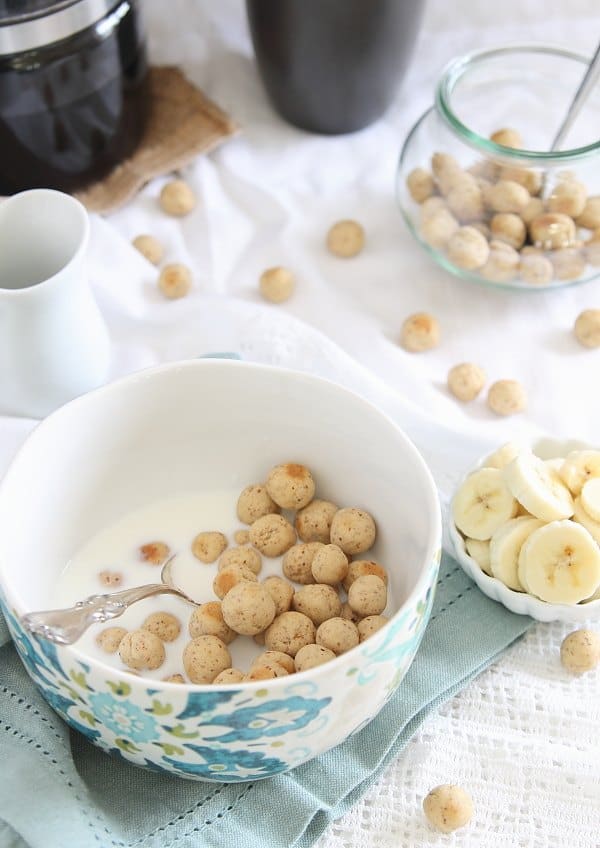 So I made homemade cereal puffs and besides the part where it takes like 30 minutes to roll dough into grape sized balls, they rocked.

Definitely trying a chocolate version next because is there any better way to start the day than with chocolate for breakfast? Nope.

what are the nutritional facts for this recipe? How much sugar is in it?

I had the same question, and put it into Spark Recipes. I'm about to give this recipe a try. Wish me luck!

Are these supposed to be crunchy? Mine came out soft, and I baked for 13-14 minutes.

I wouldn't say super crunchy but not totally soft either.

I love cereal, but have never thought about making my own -- besides granola. Now I totally want to try it.

Yum! Do you think these would turn out if you dehydrated them instead of baked them?

Did you ever get an answer on dehydrating these? And does anyone know what the shelf life is?

OMG. I laughed at your story. Your poor mom. Ya just know when she gave it to the cereal ahe was having one of those days. Then you were ill. Good lord. Straight from a comedy scene. I laughed and laughed. Totally understand how you would go off cereal. But look how it led you to this place where you make your own. Who does that? Seriously I now believe you have reached full Goddess status. Tell your folks thanks. -cause we never would have met the woman who makes her own cereal otherwise. I bow.