These BBQ pineapple pork sandwiches are topped with pickled pineapples for a sweet, tangy and smoky flavor combination you’ll love. 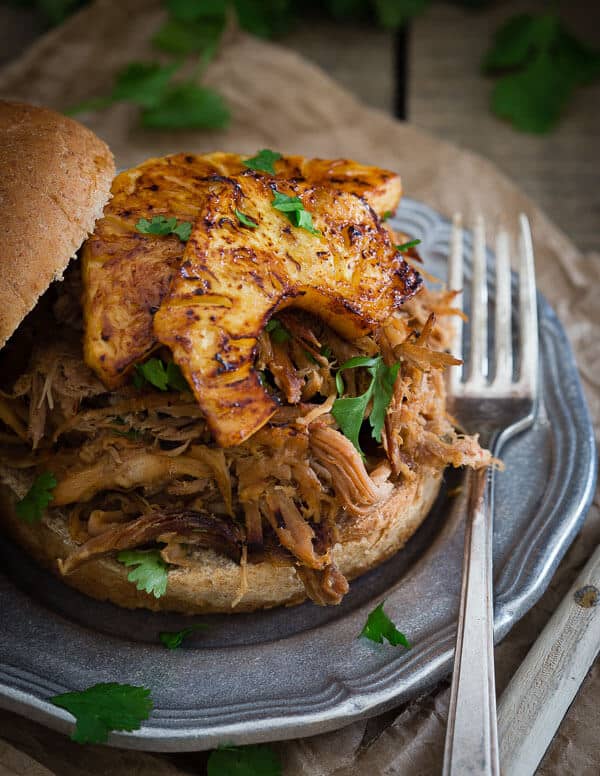 Well, if you haven’t eaten them all one by one out of the fridge when you’re looking longingly into it trying to figure out meals three times a day (hi, I’m talking to myself), these BBQ pineapple pork sandwiches are the perfect use.

I know, I know, pineapple and pork, how original.

The thing is, slow cooked pulled pork never gets old (in my book at least) and the pickled flavor from the pineapple turns what’s usually a way too sweet for my liking combination into messy comfort food perfection piled high on a roll.

That sweet BBQ with the tangy pickle flavor is exactly what I love about these bbq pulled pork nachos too. It’s a must try! 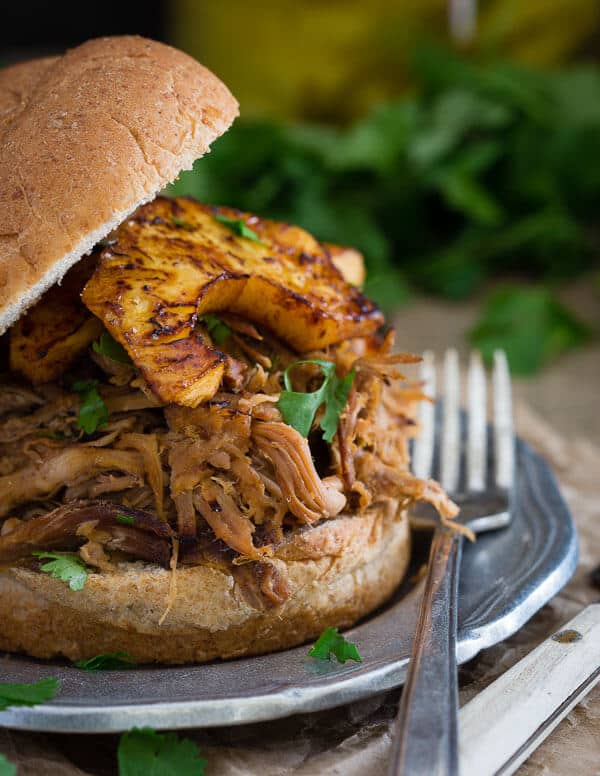 I live with the world’s pickiest dog. Unlike most, Ginger will turn her head to anything that has the possibility of being sold in the produce section.

However, the second any sort of meat exits the oven, she is instantaneously at my side with the saddest eyes and perked ears trying to will a piece to fall on the floor.

Her powers usually fall short and besides a few scraps that make their way into her bowl at the next meal, she trots off disappointed. 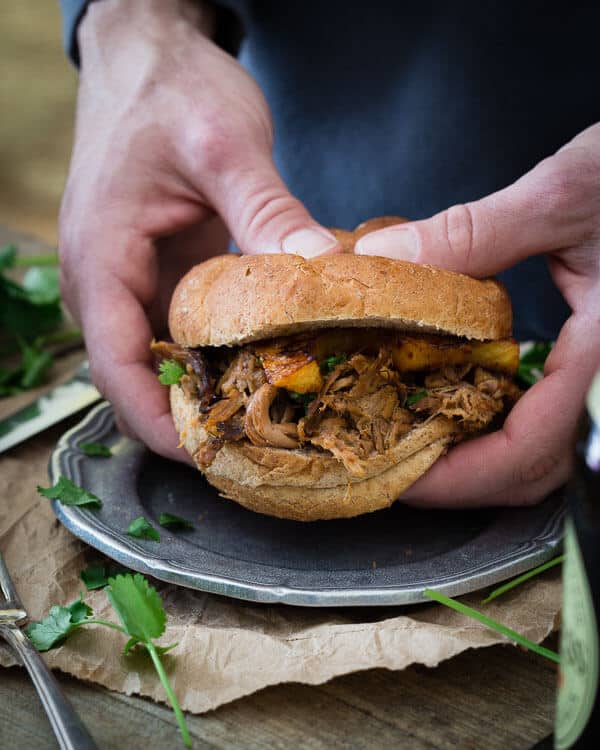 This time around though, she was having none of that. After shredding the pork and putting it into the oven to crisp up, I went upstairs to fold laundry and made the rookie mistake of leaving the garbage bag I had taken out of the garbage can half open before putting it outside.

Dogs are like toddlers, there’s nothing good about 5 minutes of silence.

So half way through the hamper, I ran downstairs on instinct and found a very happy weimaraner with pork scraps and half a nice big butt bone chewed, eaten, strewn about and smeared into my white rug. If dogs could smile, she was.

Before the anger could set in fully, I swear my first thought was “you should taste it with the pickled pineapple.” 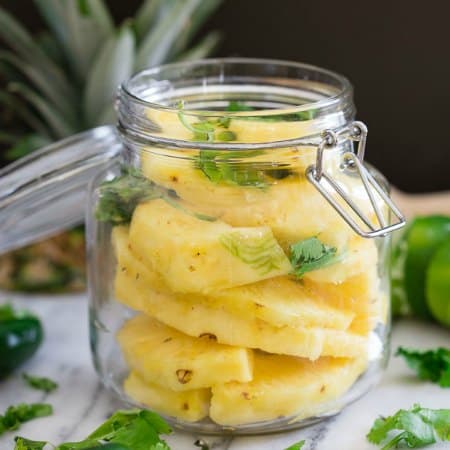 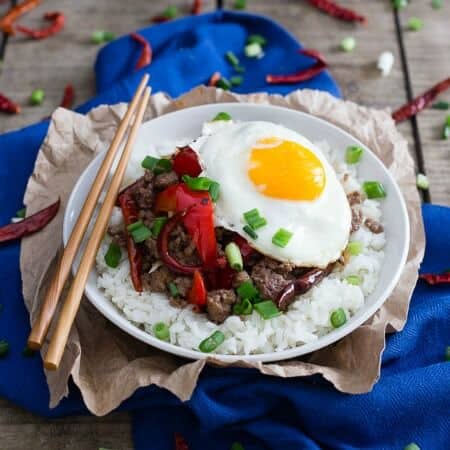 For real. This is the best looking sandwich I have ever seen.

My dog can smell meat from all the way upstairs in the bedroom. He literally appears out of nowhere. This is one delicious looking sandwich. Pinned.

I need to stop imagining what this taste sensation would taste like and just make it- Love pork sandwiches and the idea of adding that pickled pineappple sounds amazing!

Oh this looks so tasty! Can't wait for lunch! Thank you. /F

Meg @ The Housewife in Training Files

Something about pulled pork is just perfect. And those pickled pineapple? Genius!