This loaded cheddar bacon bread with peppers, scallions and beer as the secret ingredient requires no yeast, no rising and no fuss. 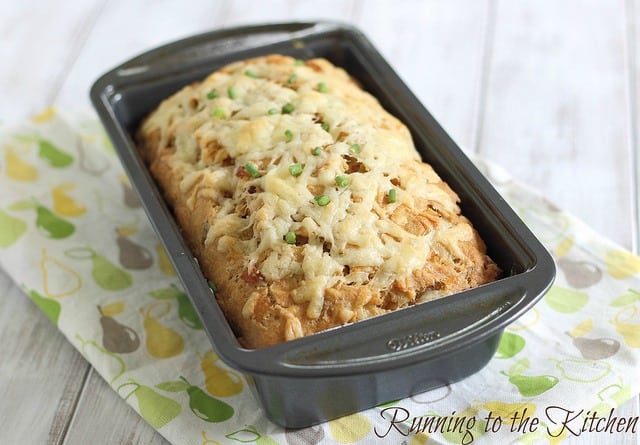 Each year summer comes, the temps rise and the grocery stores put on their A-game trying to get you to buy beer with their end of the aisle displays of all the fun summertime brews. And each year, I’m a total sucker for it.

This wouldn’t necessarily be a bad thing if there were two of us who actually drank beer in the house to tackle the 24 summery bottles but as I’ve discussed before, Ulysses won’t touch the stuff. I think I’ve seen him with a bud light lime (which barely even deserves to be classified as beer) once or twice in the heat of the summer. I try to get him to like it by buying things with names like “blackberry wheat” but one sip in and he just looks at me like “really? this shit does not taste like blackberries, Gina”. My response is usually an eye roll and some backhanded insult about his lack of manliness while grabbing the bottle and taking a nice long chug. 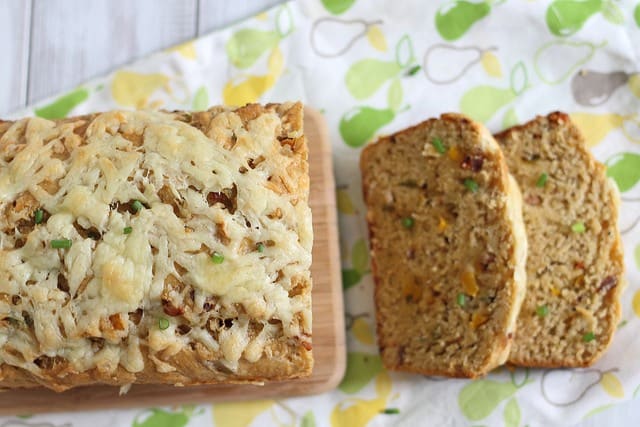 I’ll start off strong and usually have 3-4 bottles of the case a week after bringing it home but then it loses its appeal and weeks/months go by before I remember to drink another and before I know it, it’s the following May and there’s one lonely beer bottle left on the bottom shelf of the fridge.

I don’t really know the shelf life for beer, but I’m going to assume 8-9 months is expecting a bit much. So instead of drinking it, I baked with it. 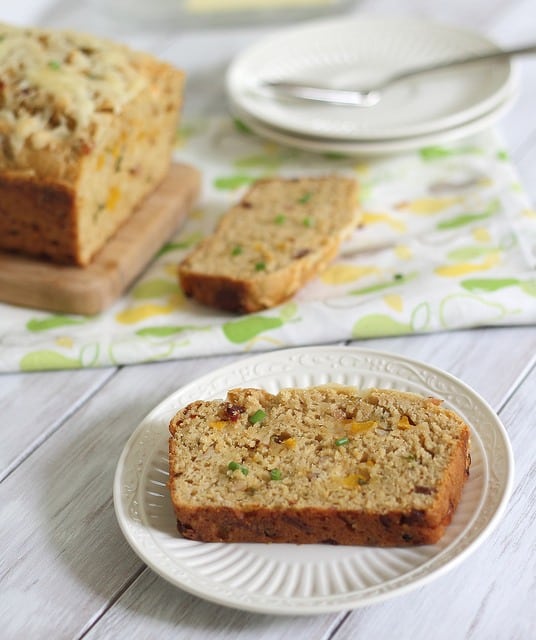 If you think regular fresh baked bread is good, add bacon, peppers, scallions, sun dried tomatoes, a huge pile of cheddar cheese and beer to it and then tell me your thoughts.

It’s like a very moist cornbread loaded with everything savory and good and with a hint of beer. No yeast, no rising, no kneading, no fuss. 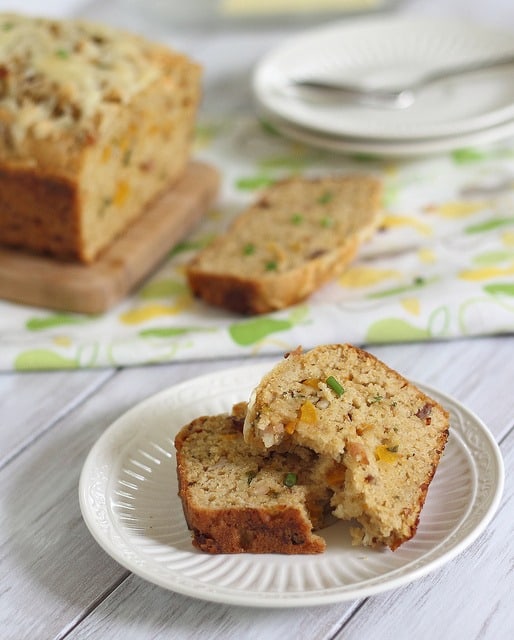 And now that the last bottle is gone, I can go buy this year’s case.

Buttermilk can be made using 1/2 cup milk and 1 tablespoon lemon juice.

I made this with 'blueberry' beer also and my family LOVED it. This was so easy and fun to make! Thank you so much for the recipe :-)

So glad you liked it! Blueberry beer sounds delicious, I might've stolen a swig or two for myself ;)

Wow! You had me at bacon! Gorgeous clicks and a winner of a recipe. :)

Wow! You had me a bacon! Gorgeous clicks and a winner of a recipe. :)

My husband would totally give me an eyebrow raise when I took his beer for a recipe...but I know he'd be happy with the results of this one!

I do the same thing with beer! I always have a couple left, that I don't want to drink. Never thought to bake bread with it. I usually just boil brats in it. Totally going to try this next time!