This creamy orange spiked wheatberry pudding is an intensely vanilla and orange flavored pudding made with chewy wheatberries and spiked with rum. 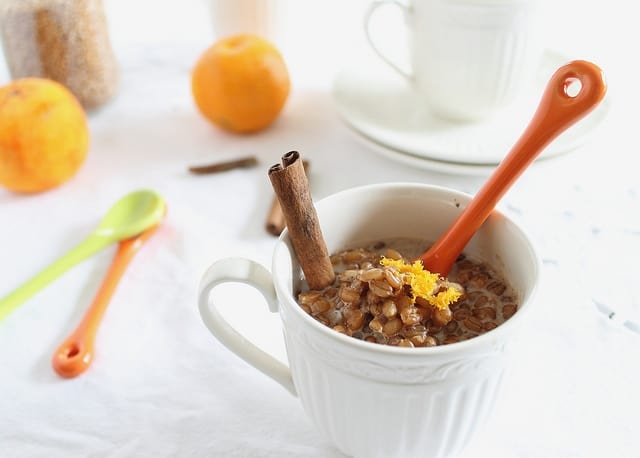 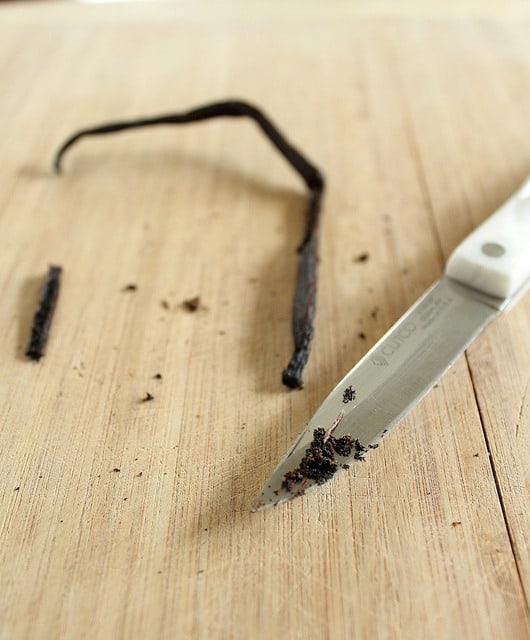 The flavor is so intensely vanilla you’d never know this lone bean has been shoved in three different pantries for the last 3 years because I refused to throw out the $7.32. I bought it from Whole Foods when we lived in Florida. The sell by date said 2007. Somebody call Hoarders, I bet that right there would qualify me.

How I didn’t slice a finger off scraping out that vanilla bean goodness from the dry as a bone bean is a complete miracle but totally worth the risk. I didn’t have to use any sugar, just a drop of maple syrup (which in retrospect you could totally omit) because the vanilla flavor from the bean was so sweet. Such a good use of 3 years of patience and $7.32. 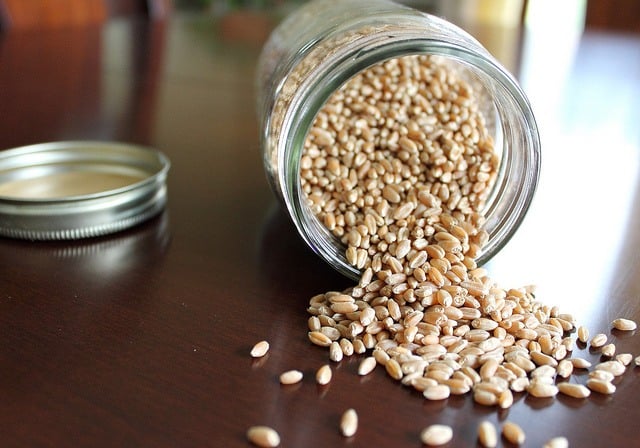 Why wheatberries? Well why the heck not?

If you’ve never tried them, get yourself to a bulk bin ASAP. If you’re dying to make this and have none on hand, I’ll allow for a one time brown rice substitution, but only once! Promise?

I’ve decided wheatberries are my favorite grain. It was a toss up between millet and them for awhile but this sealed the deal. Their chew is just fun and they’re so versatile. I cooked up a big batch of them when I made this and ate them in cereal, yogurt, mixed in with oatmeal, used them in a salad…the possibilities are endless. Can’t really say the same thing about rice, can you? 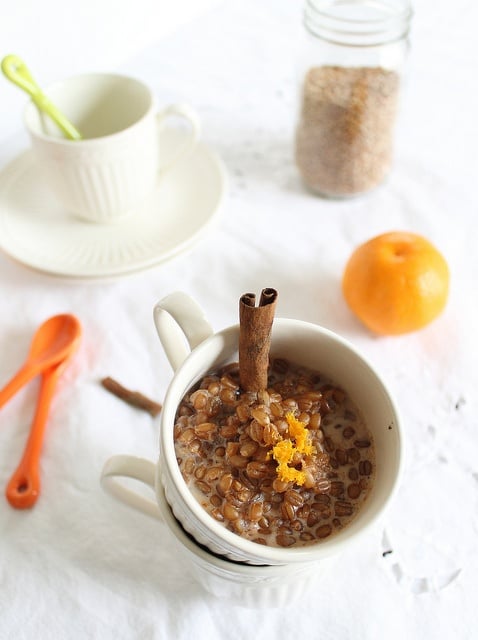 Oh, and then there’s the orange and rum I mentioned in the title I finally decided on. Those are like the best supporting actors ever. 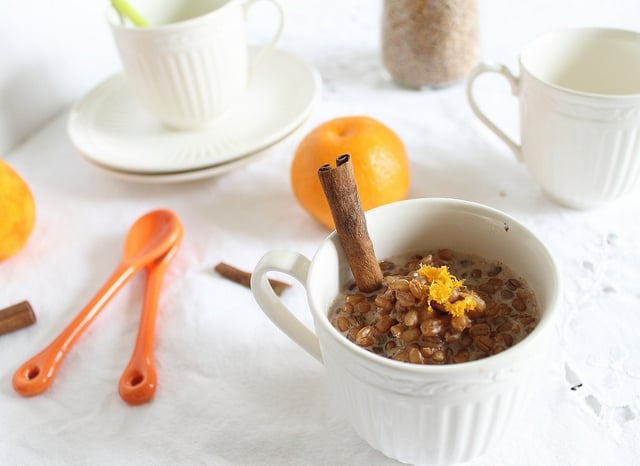 And everybody loves a fun drunk, don’t they?

Leave out the rum for a kid friendly version/breakfast. Or don't, I won't tell.

Ok you convinced me. Must buy some wheat berries.

You need to make this for me,! afterall, I made you Ina's rum raisin rice pudding for your birthday dessert last year! and like mother like daughter....wheatberries are my favorite grain too. love the chewiness.

yeah and this year you're leaving me AND not even watching my dog...so I'll have to think about it! ;)

Yum! I love wheatberries! Never thought to use 'em in dessert. You hooked me with rum!

Sometimes I put rum in my oatmeal before going to work. Look, if you worked with the lunatics that I work with, you would too. Not a ton of rum, but just a touch. And sometimes I put Bailey's in my coffee too. Ok, this is getting embarrassing. I'm out.

Definitely call this whatever you'd like...I would eat it! I love the wheatberries paired with rum. It's the perfect naughty/nice combo. So worth the vanilla bean.