This cinnamon sugar soda bread is an easy recipe for Irish soda bread with the subtle sweet taste of a cinnamon bun. A dessert twist to the traditional bread. 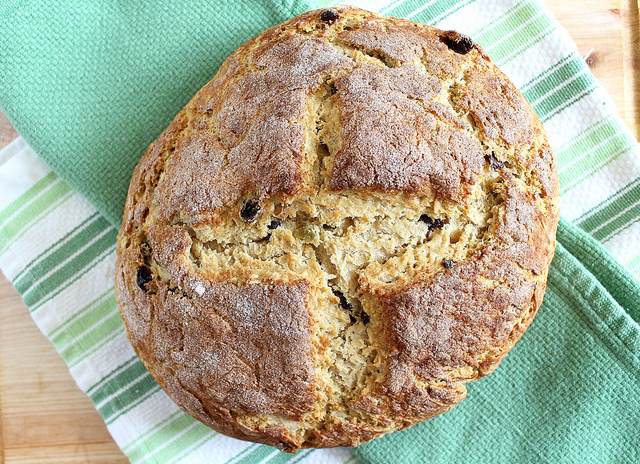 -dishwashers in restaurants are seriously underpaid and under appreciated.

-professional taste testing would be my dream job.

-even when you make copious amounts of food, it finds a way to get eaten.

-because of previous statement, you exercise more.

-cameras function fine even when covered with flour, breadcrumbs and other foodstuffs.

-I’m glad I own the cheapest DSLR Canon makes.

-inspiration for recipes comes at really weird times. Standing in line at the post office, in the bathroom, while on conference calls about pipelines.

-I don’t give myself enough credit. 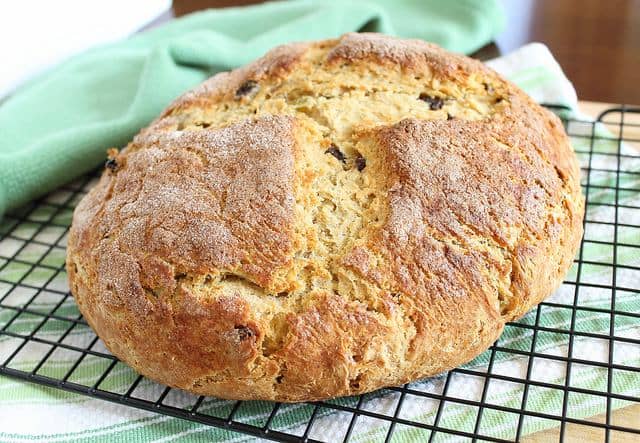 We’re one week out from St. Patrick’s Day and while I have never celebrated or even worn green (it’s not my color) on the actual day, I’ve been thinking about Irish soda bread.

For some reason, I assumed it was difficult and there was no way I could make it. I’ve done this before like with the pumpkin chocolate chip scones and tend to do this anytime it comes to baking, especially bread.

I think it’s mostly a fear of not being perfect rather than legitimately thinking I can’t.

I was the kid that didn’t try walking until I could pretty much do it flawlessly. Me and perfection, we go waaaay back.

Soda bread is probably one of the easiest breads out there.

A little research, a little brainstorming and I just got in the kitchen, mixed some stuff together, put a pretty little “X” on the top and shoved it in the oven. 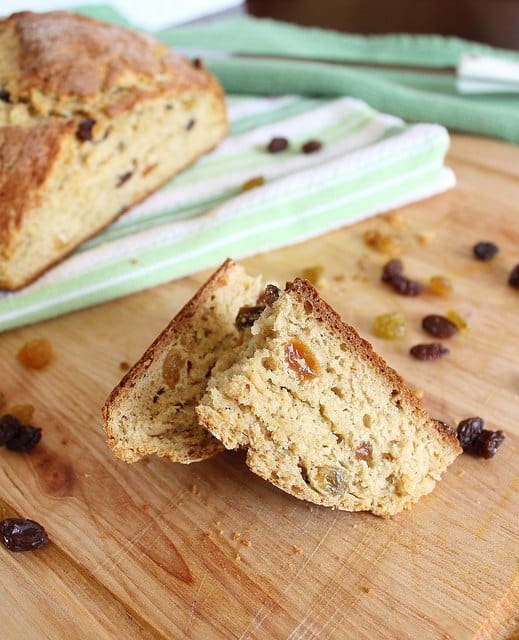 I wanted this bread to be different than most Irish soda breads though because let’s be honest, soda bread is usually kind of blah.

So I tweaked and probably corrupted the traditional soda bread recipe in some eyes and added more sugar, vanilla and cinnamon.

The result is like a cinnamon bun meets soda bread with the best parts of each.

No rising time, no rolling out, barely any kneading but a subtle hint of cinnamon bun flavor without the heart attack levels of butter. 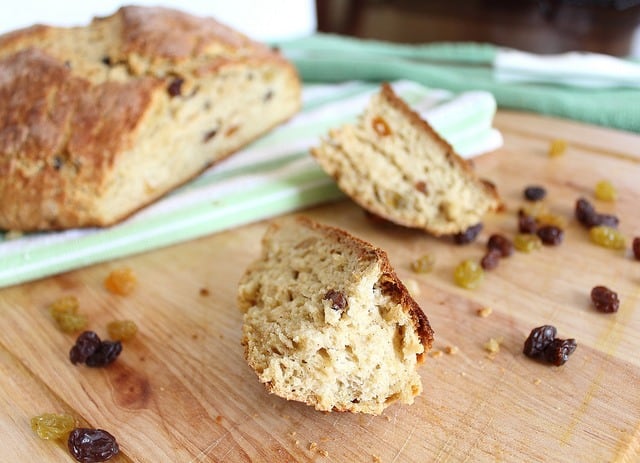 Whether you eat it this cinnamon sugar soda bread for breakfast with some coffee or as dessert any time in March, I think you’ll love it! 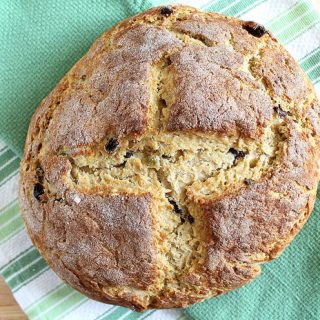 A sweet take on Irish soda bread, this cinnamon sugar soda bread is subtly sweet and perfect for breakfast! 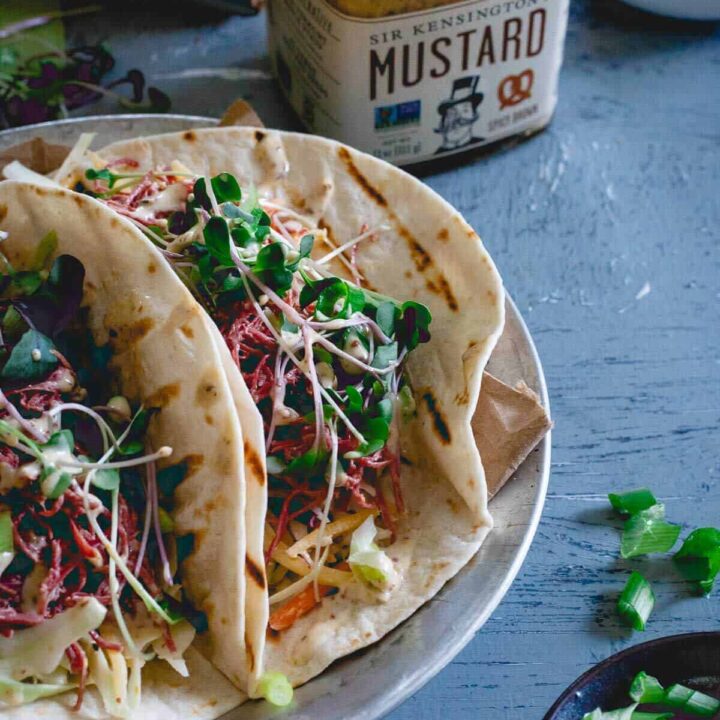 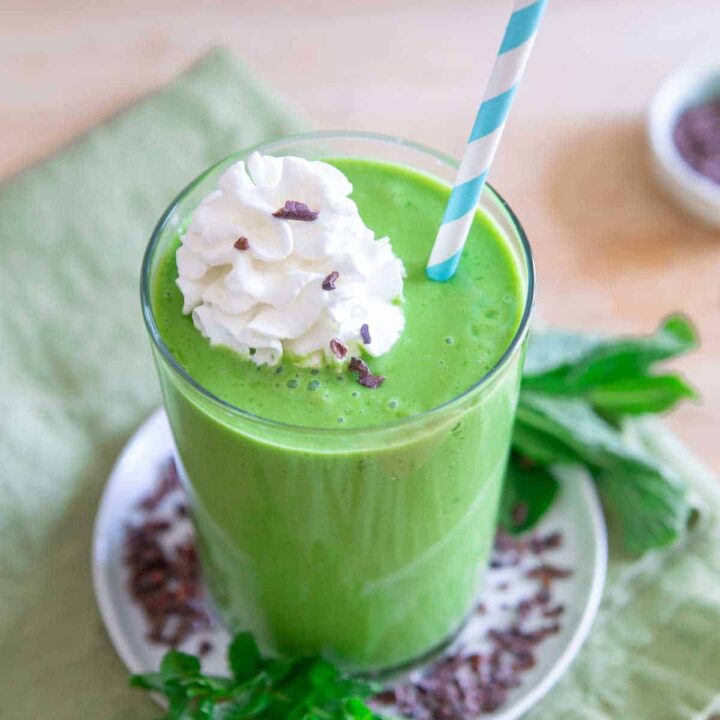 A copycat version of McDonald's shamrock shake made healthier with real food ingredients and no artificial dyes. 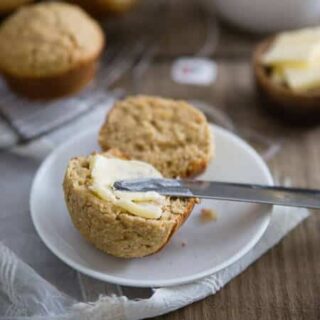 These Irish brown bread muffins have all the flavor of the traditional Irish bread in muffin form. Add the optional candied ginger for a nice subtle texture and bite. 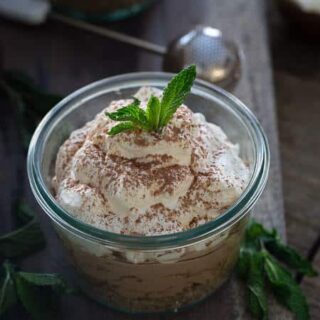 This easy no-bake cheesecake is chocolatey and boozy and the perfect St. Paddy's Day treat! 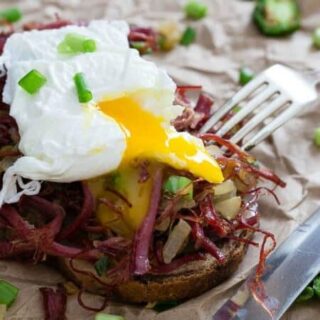 This corned beef hash breakfast sandwich with crispy rye bread, melted swiss and a poached egg is the perfect way to use up leftover St. Patrick's Day corned beef. 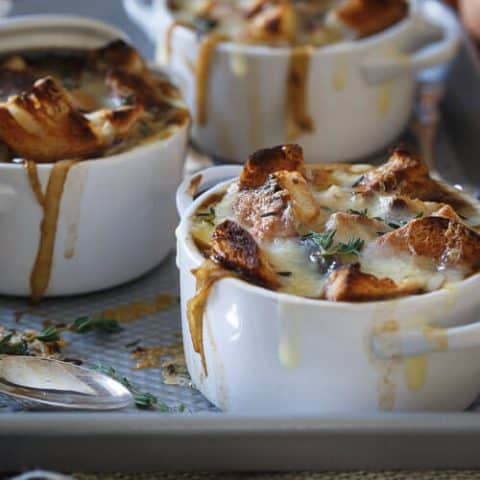 This gluten free Irish stout onion soup is made with buttery toasted thyme croutons and topped with plenty of Irish cheddar.

Buttermilk can be made using 2 tablespoons lemon juice with regular milk. 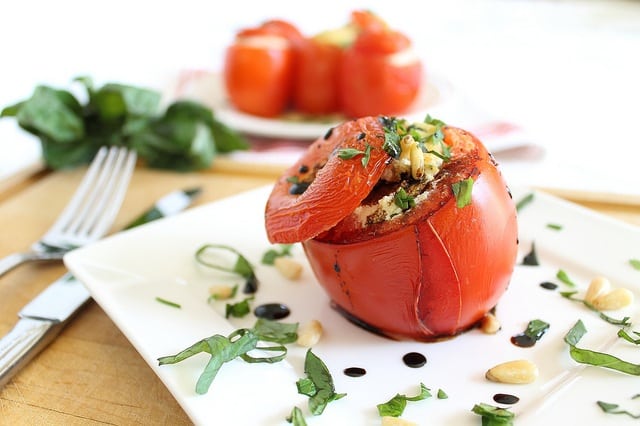 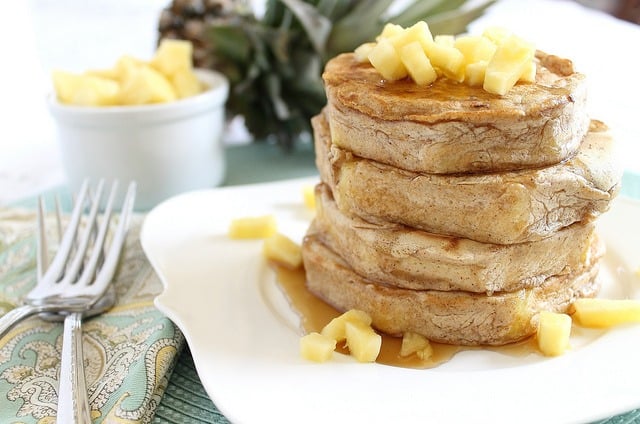 I made this today & probably worked the dough too much. However, was the baking temp really supposed to be 425? It was so under baked when I pulled it out....I lowered the temp & continued baking for another hour!

I've actually never made soda bread before but this one looks like one I would really like. Will have to try soon!

[…] out this cinnamon sugar soda bread or this healthy shamrock smoothie for more St. Patrick’s Day real food goodness too!} […]

[…] Cinnamon Sugar Soda Bread from Running to the […]

I've made cinnamon irish soda bread before too and loved it. But, I never thought to add some golden raisins to it (my favorite). Gonna have to try that next time. Looks delish!