*This post is sponsored by Wellness CORE RawRev puppy food. Wellness is a brand committed to create food that provides nourishment, wellbeing and taste and is honest and open about what ingredients go into its food as well as where and how its made. All content + opinions are 100% my own.

Plus, I have this space that could be argued is perfect for that kind of thing should I want to use it that way. 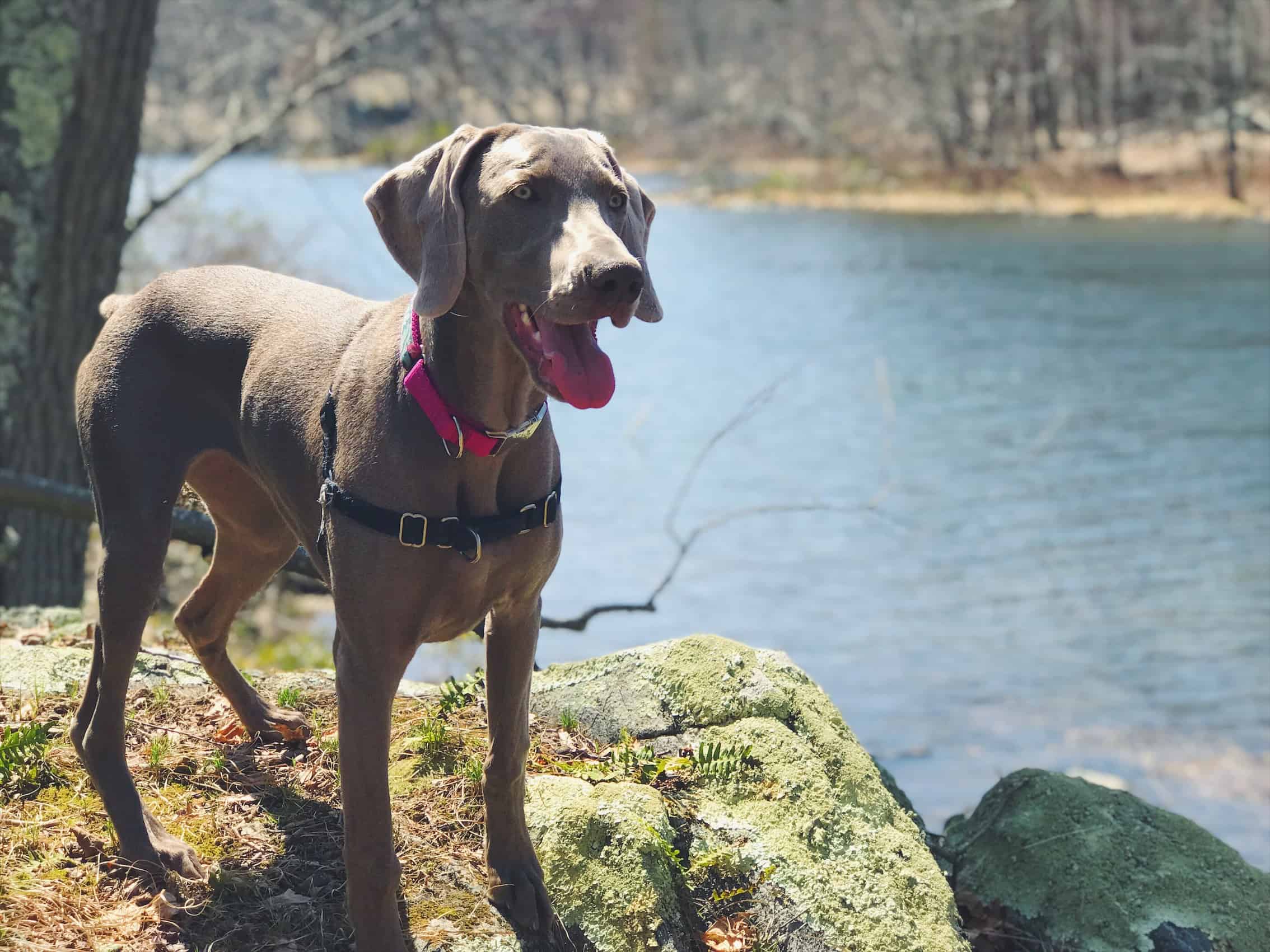 Lately, more and more, I’ve not been feeling the normal drive to bust out recipe posts that this site is basically built on.

Be it lack of creativity, a summer slump (or rather a desire to just enjoy the weather while I can) or, just being burnt out (truth is it’s a combo of all those things), I’ve been finding myself preferring to take a much more laid-back approach (to an extent that is, bills still have to be paid) to “content creation” as it goes by in this weird blogging world.

Not having my brain occupied with how to arrange something on a plate in a way that looks the prettiest or running from grocery store to grocery store all over town looking for that one specific ingredient I need has left me with a lot of time to get lost in my thoughts and when you couple that with the fact that Ulysses has been gone M-F since April and will be for another 6 weeks, I’ve done a lot of that (hi, I’m kinda lonely over here). 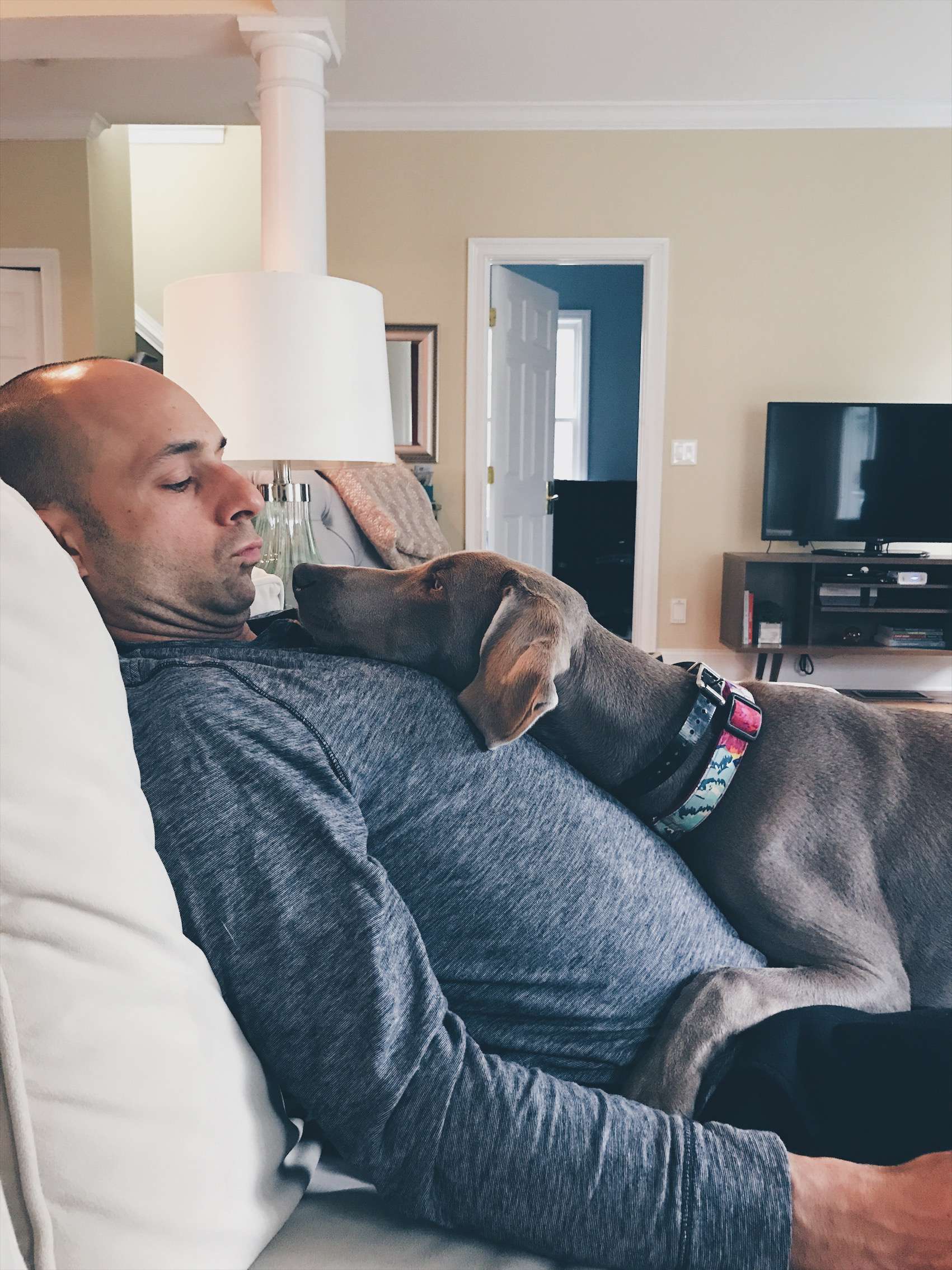 Here’s where this turns into a bit of a diary entry (see, there was a point in that first sentence).

The common denominator in this thinking is Holly. Her and I walk a lot.

1- she’ll drive me crazy with her 10-month-old puppy energy if we don’t.

2- I really love walking and lately and my body seems to as well. CrossFit has more and more made me feel WRECKED in the kind of way where I was living in a constant state of soreness (getting older is so much fun like that) so I needed to dial that back a bit. Hence walking. 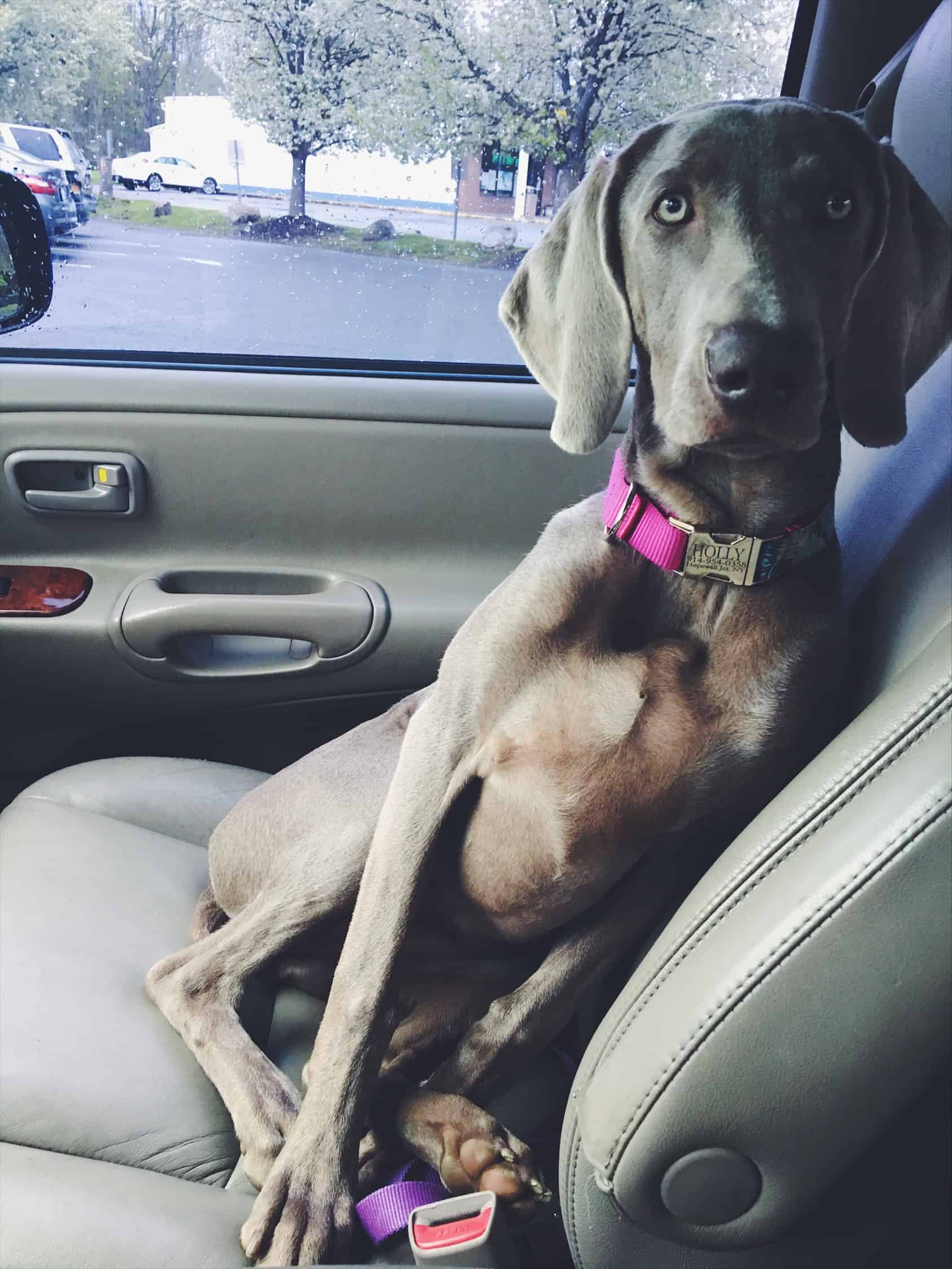 And on our walks, I think about her, the circumstances from which she ended up with us (Ginger dying), how she’s so similar yet so incredibly different than Ginger was and then with so much guilt masking the thought – “will I ever love her like I did Ginger?”

Just typing that feels like a betrayal. Not that Holly can read or ever know I thought it but man, it feels wrong to “say” it aloud.

I find myself in a constant state of comparing the two and then racking my brain to try and remember how I felt about Ginger when she was just 10 months old.

Did I love her like I did at 10 years old? Did it take time too? Did I resent all her puppy neediness this much? Am I only resenting Holly like this because I’m home alone and dealing with it all by myself when last time Ulysses was around to help? 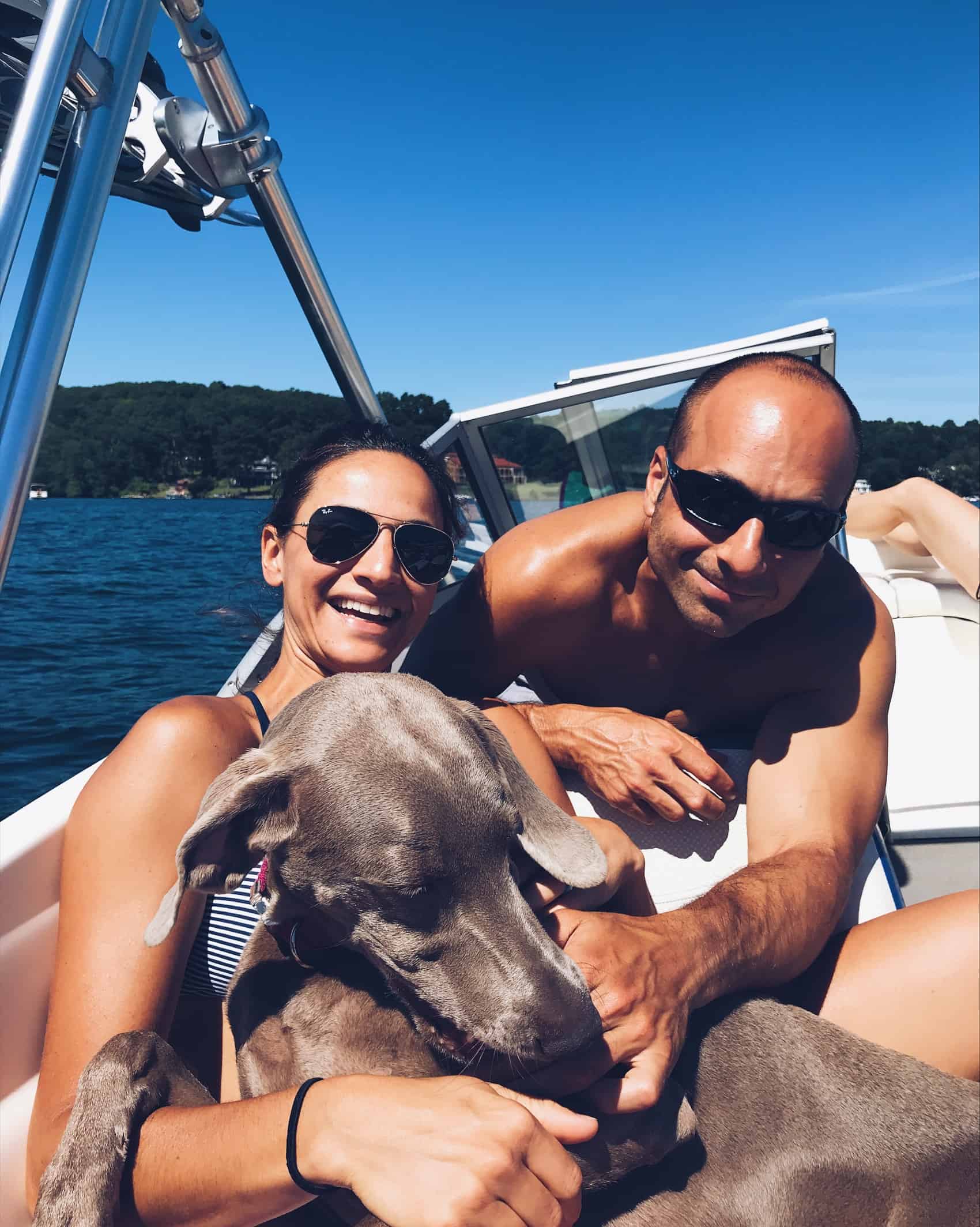 Conversely, among all this doubt and negativity, I’ve probably never cared for a creature more than Holly.

If you added up the amount of time and brain space I’ve exhausted (and continue to exhaust) researching things like the impact of early vs. late spaying on dogs to vaccination schedules to the best heartworm, flea and tick meds to her most recent allergy issues to the most time consuming by far, what to feed her – I don’t think anyone could argue my care for her well-being.

Before we even picked her up from the breeder, I was on a mission to feed Holly the best. As someone who thinks that way about my own nutrition, it only made sense to do the same for my dog. 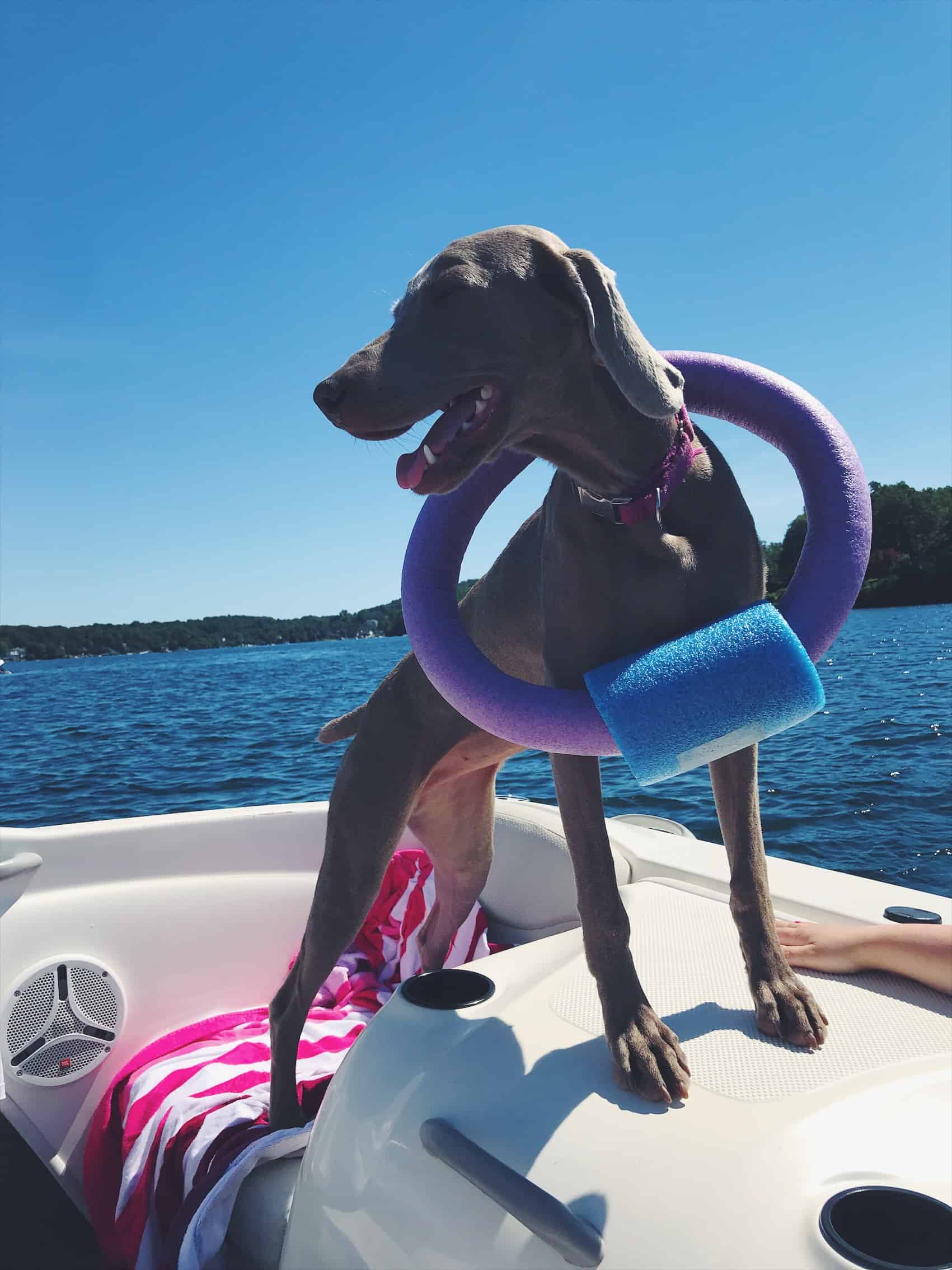 What we fed Ginger was undoubtedly a quality food but was it the best? Could we do better with Holly?

Hours and hours of research were spent comparing the guaranteed analysis sections of many dog food brands, scouring ingredient lists, reading reviews and even revisiting making my own raw dog food (something I did for a while with Ginger before it got too overwhelming to keep up with).

I had formulated a plan and as I drove the 3+ hours home from Rhode Island with 13-week-old Miss. Holly in the back of the car cuddled up with her life size stuffed bear (the cutest thing you ever saw until she one day decided to destroy it by ripping off its eyeballs and de-stuffing it fluff by fluff all over my house), I literally had a schedule in mind to wean her off the food from the breeder (a quality food but being imported from Italy – not the most easily acquired) and get her on what I had deemed “the best” dry food out there for puppies.

I laugh at that now.

It was basically akin to first time parents saying something like “oh, having a kid will NOT alter our lifestyle, we’re going to make the kid adapt to what we want to do! We’re still totally going to travel, hang out, everything we do now!” Ha. Hahahaha. Having witnessed almost every single one of my friends and even my own brother and sister in law say something to that effect before their first child, I can tell you it’s not once held true.

Kinda like my bold thoughts about what I was going to feed Holly.

For a variety of reasons, my plan didn’t work out. From a little bout with giardia to what I’ve deemed her “sensitive puppy stomach” to having to leave her for 2 weeks after only a month of having her (the list goes on and on…) we ended up exploring a multitude of food options before finding what worked best for her.

I think we’ve literally changed things up at least 6 times (each time going through that drawn out slow transition of old food/new food ratios – exhausting) before getting to where we’re at now which, fingers crossed, seems to be working pretty well! 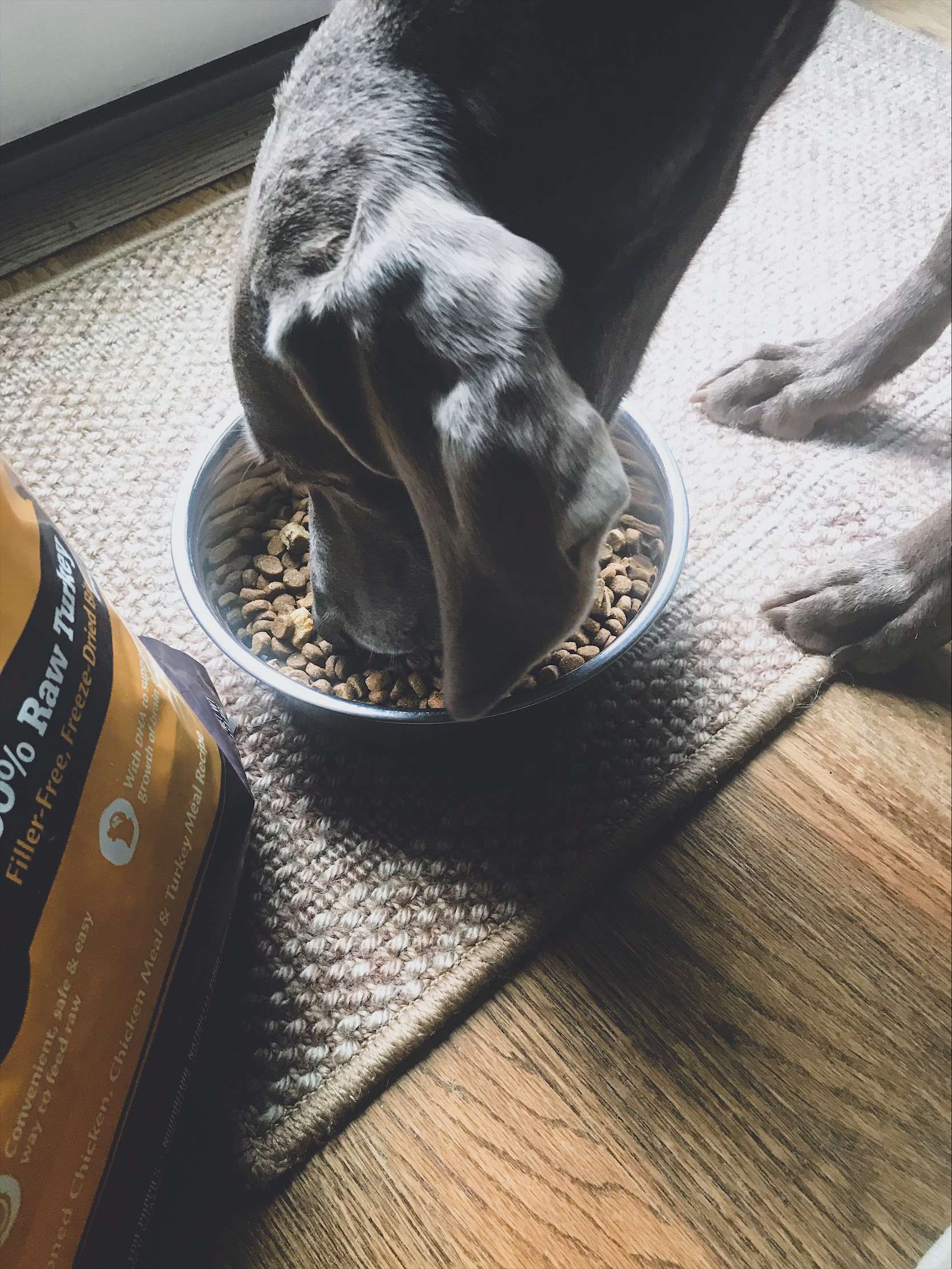 Holly is currently on a half raw food, half dry food diet and while it’s disgusting to talk about, I’m liking what I have to pick up in the yard these days.

We have a local farm that raises its own grass-fed animals and produces its own organic raw dog/cat food. It’s an amazing option to have literally minutes away and something I definitely want to include as part of Holly’s diet.

That said, she’s a puppy, a very active puppy and she eats A LOT right now. We dabbled in feeding her this raw food exclusively for a month or two before I started to realize her food expenses were higher than ours. That’s just insane. She’s a 52-pound dog, we’re 2 grown humans!

Not only that, but since we travel often and she ends up being boarded in some capacity, packing up and portioning out raw food can be a pain in the butt and just unrealistic. I knew I wanted to incorporate dry food in her diet for these reasons, the question was just – which one?

We tried many and I don’t think this is a one-size fits all kind of approach when it comes to your dog but loving the Wellness 100% Freeze Dried Treats as much as we do, I decided to give the Wellness CORE RawRev puppy food a try with Holly since it has those 100% pure freeze-dried raw meat pieces right in there along with the protein-rich dry kibble, I knew she’d be a fan. 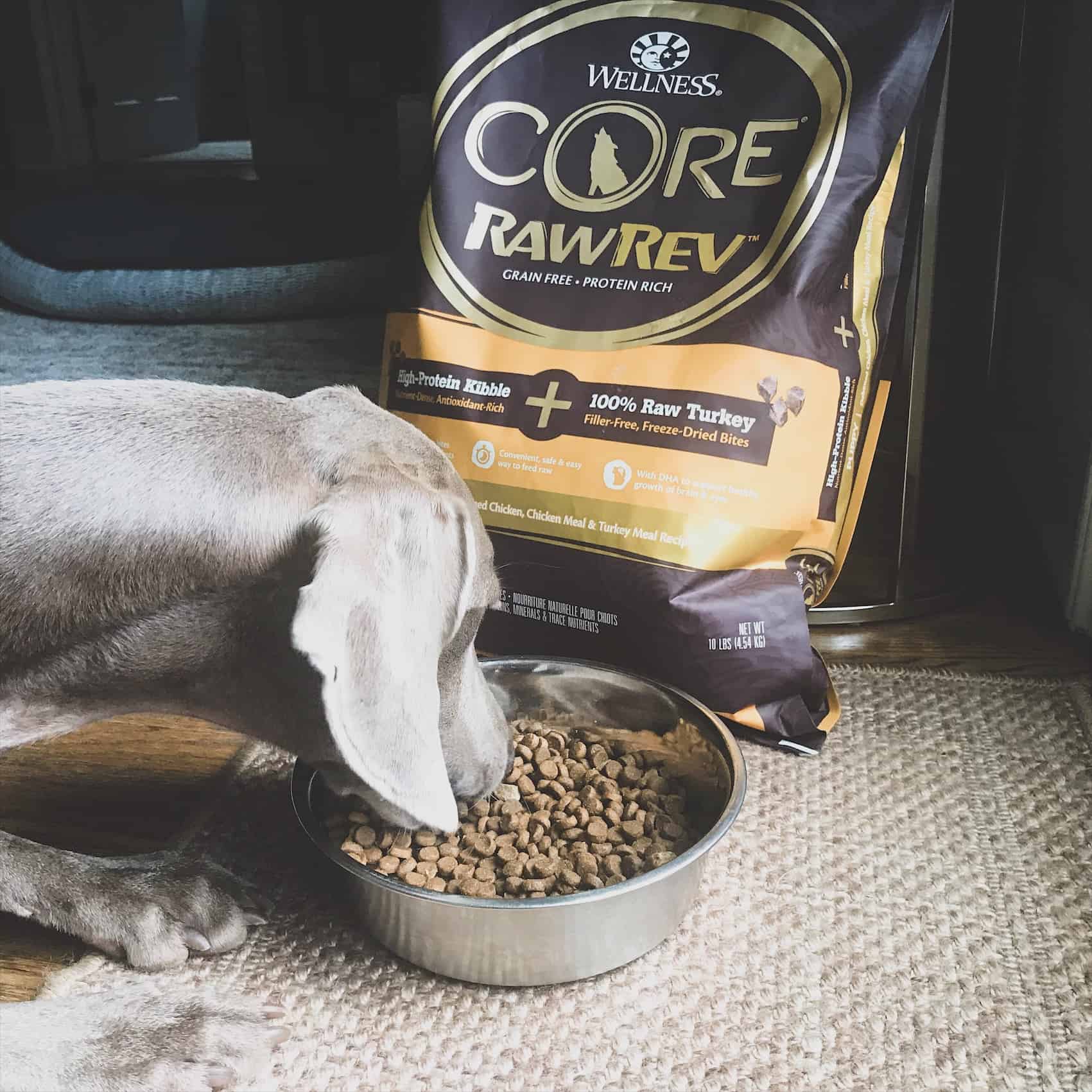 I’ve learned that balancing the protein and fat percentages in her diet is important (something I wasn’t used to even thinking about as Ginger had a stomach of steel and could seemingly eat whatever) and the combination of the Wellness CORE RawRev puppy food + the raw beef and turkey from the farm seems to be working great for her.

It’s also a bit more convenient and budget friendly for us, win-win.

It’s perplexing, this juxtaposition I find myself in – the simultaneous desire to want the best for her coupled with the feeling of regret that she’ll never stack up to my sweet Ginger but when the doubt creeps in like that I try to tell myself to give her time.

I mean, if I didn’t love her I wouldn’t be so concerned as to stalk her bowel movements in my backyard, right? Ha.

Aww I love my dog! They are a lot of work, but so cute! Love these shots of your pup!

I have owned a few dogs, and I NEVER compared them as far as how much I loved them. I loved them all, unconditionally, just like they loved me.

Losing a pet is so hard, and while you may never love Holly the same way you loved Ginger, you are and will continue finding another separate, but similarly sized place in your heart for Holly.

I feed my dog Fromm, which is grain-free. The one I feed him is made out of just fish, potatoes, and other vegetables. His coat looks extra shiny on this food, but I'm considering adding some wet food in to see if it helps his tummy out a little bit. He's a rescue and I've never been particularly pleased with what I'm picking up in the backyard (lol), but I recently had someone tell me to try mixing wet and dry food, so that's what I'm trying next. Being a dog mom is exhausting!

Fromm was one of the one's on my list to try if this combo didn't work - I liked the protein/fat ratios for their large breed dry food. Hope the wet/dry combo works out for you!