Too bad they aren’t a good thing like their misleading name suggests. After 4 days off from any formal exercise, I was looking forward to a sweaty workout since 8:30am when my butt hit the office chair. I did workout 1B of NROLFW (only 2 more in stage 1!) at lunchtime and saved the run for after work. I set out for 3 miles at 5:15pm. It was 86 degrees, the route I took was 85% sunny and I didn’t bring my camelbak. Not the smartest decisions and I’m sure they contributed somewhat to my pretty slow, positive split run but all excuses aside, I think I’m getting slower.

To think I ran a 5 mile race with an average pace more than 40 seconds faster than that less than 2 months ago seems impossible right now. Looking back on my runs (I knew there was a reason I meticulously keep track of them) there is definitely less speed work and HIIT going on since the race. I also ran a total of a mere 11 miles in the past 2 weeks. Lame.

I’m ok with losing a bit of speed because as I talked about last week, I don’t think it’s possible to run at the same level as before while giving NROLFW my all and I’m ok with that. Average paces around 9:00/mile though is quite the departure from my normal 8:20-8:30’s. I think I need to step up the mileage and be diligent in incorporating at least one speed work or interval session a week to get myself back in gear. I’m considering this my wake up call. I don’t see any reason why runs around 8:35-45 while doing NROLFW can’t be possible.

After laying out my running plan for the upcoming weeks in my head, I got to baking because it’s somebody’s birthday around here today. 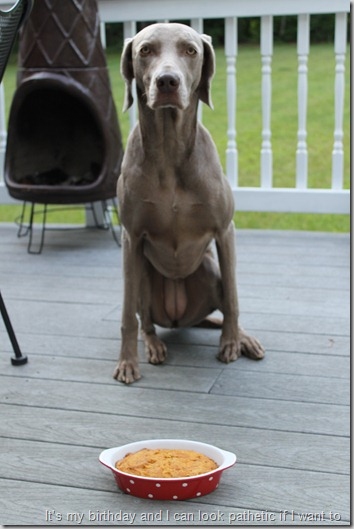 My puppy turns 4 today. And yes, she will still be my puppy. I don’t know if I’m getting soft in my old age or what but we’ve never done anything special for Ginger’s birthday before. In fact, I think we even forgot it 2 years ago. But this year, I wanted to make her a doggy cake. I think her age is starting to sink in for me. At 4 years old, she will surpass me in “doggy years” this year and from there on out I feel like she’s going to age rapidly. Our pointer growing up only lived until 9. I hope Ginger outlives that but if not, she’s almost halfway there and that thought saddens the heck out of me. She’s crazy, makes life difficult at times, but seriously brings me so much joy I can’t imagine not having her and her floppy ears around. 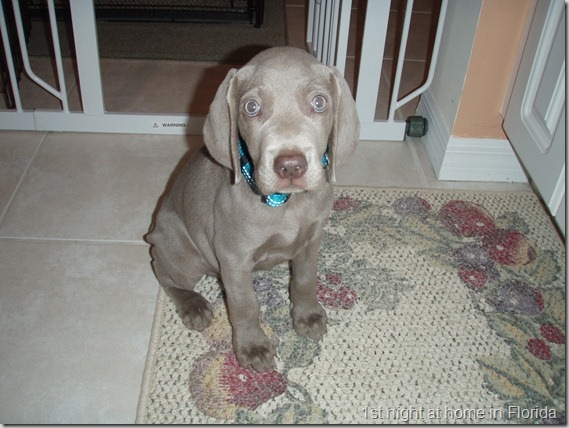 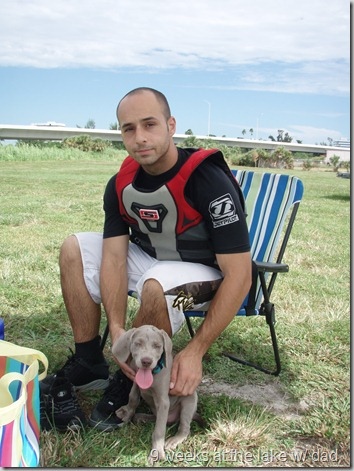 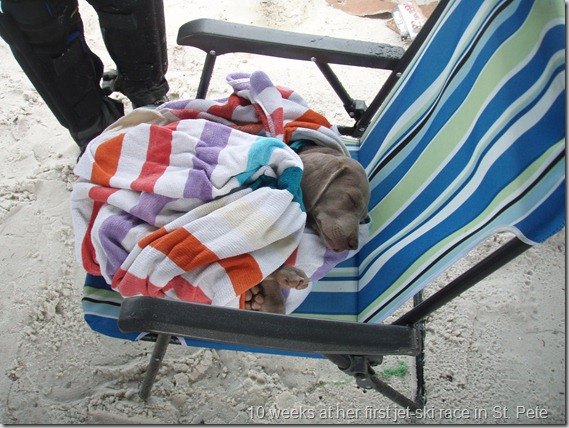 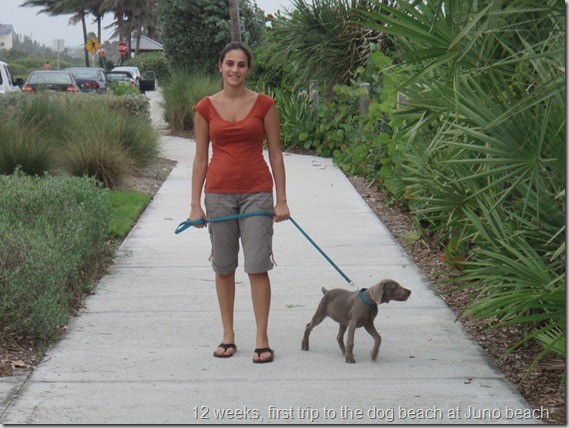 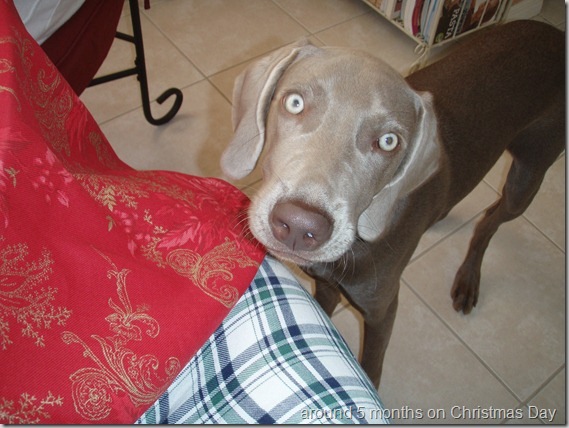 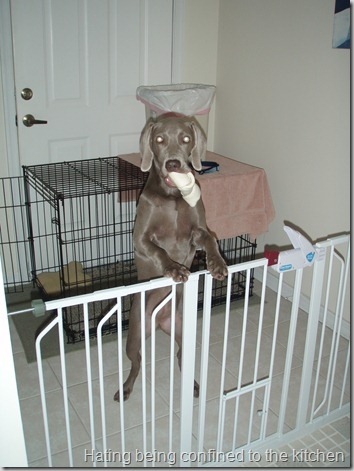 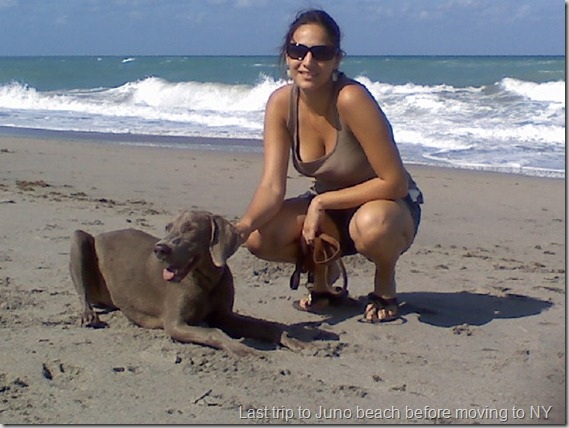 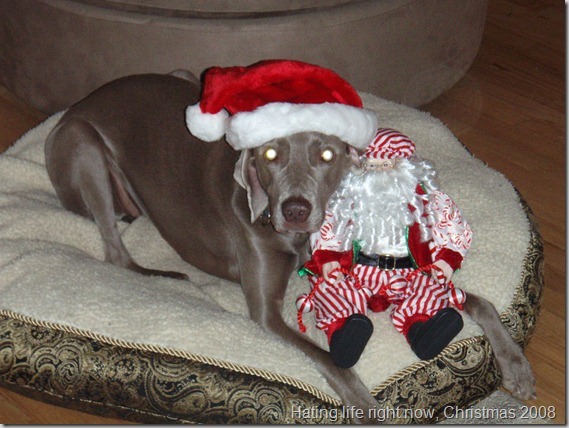 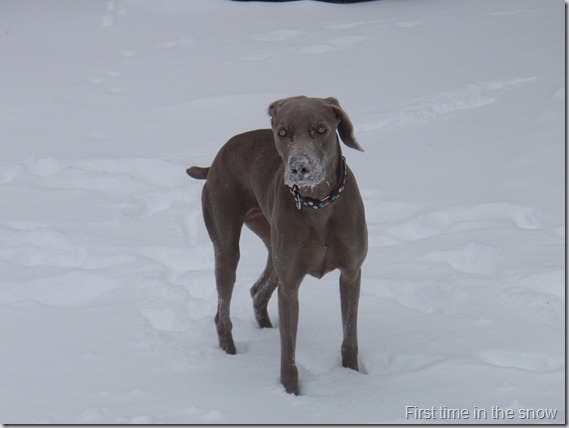 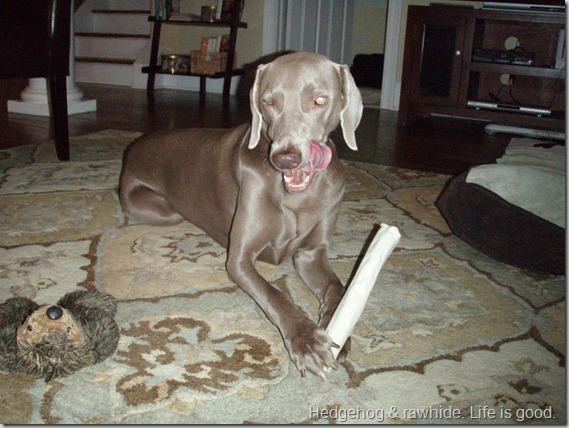 Considering we don’t feed her any scraps from the table and she rarely gets “human food”, I decided to record her reaction to her own cake. And, I’m not talking to myself in the video, Ulysses was nearby out of the camera’s view.

I realize after watching this, that I am now the crazy dog person. This also might be the closest thing I ever get to watching my “kid’s” birthdays growing up since we’re not getting on that boat anytime soon, or ever.

For those of you interested, it was just flour, oil, shredded carrots, honey, pb, baking soda, an egg and vanilla. I just googled “dog cake recipes” and found it.

Do you celebrate your pet’s birthday?

What’s the craziest thing you’ve done for your pet?

OMG Ginger is the cutest puppy EVER. next to Kona and Sadie of course! haha so sweet and wrinkly. she is hilarious eating her cake. Kona would have tried to inhale that thing in 2 chomps

It’s going be a hot one here in Boston today so she might be trying it out for the first time! No doubt if you keep with the strength training and your “slow” runs you’ll be rocking it this fall. There is something about race day .. And don’t worry about your times, I’m not a racer so I can’t really offer advice in that respect but I agree with what most people are saying, I bet if you raced tomorrow your times would be much faster!

omg cute puppy Ginger!!!!! Awwww I miss my puppies...when they used to be puppies. I don't think we even know ours' birthdays :( bad doggie parents.

I love the beach pics and you in them...you look awesome! :)

Aww, Ginger is so dainty when she eats! Most dogs I know would have inhaled it. She's so sweet! Happy Birthday Ginger. :)