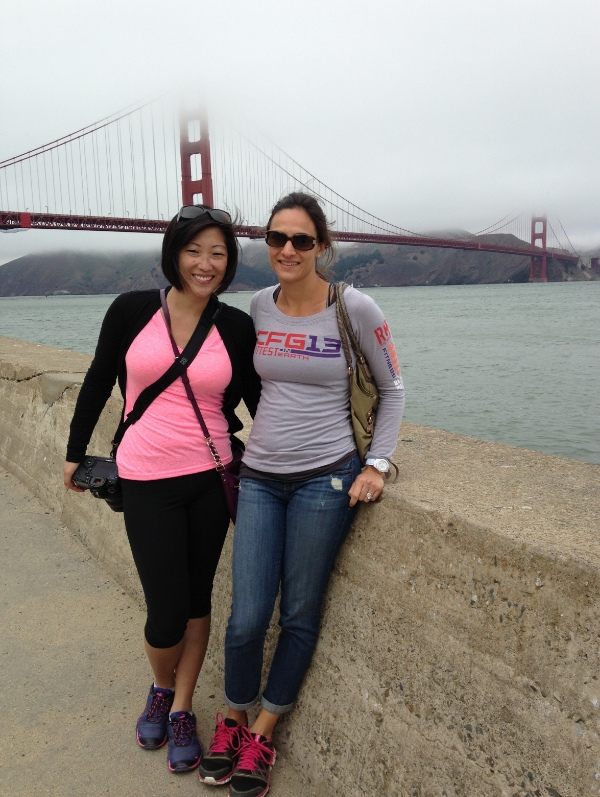 San Francisco with Julie after our trip to Modesto to tour Del Monte and some of their farms (more coming on that soon). I’ve been at least 10 times and this is my first picture with the Golden Gate, better late than never I guess. 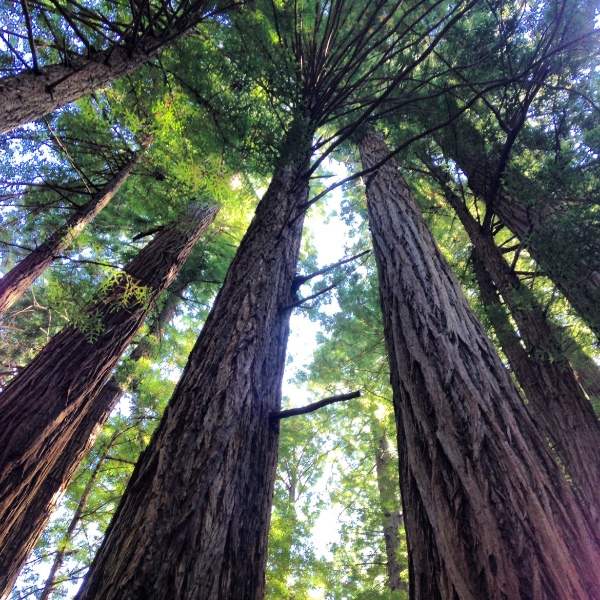 Muir woods. Those are some big ass trees. 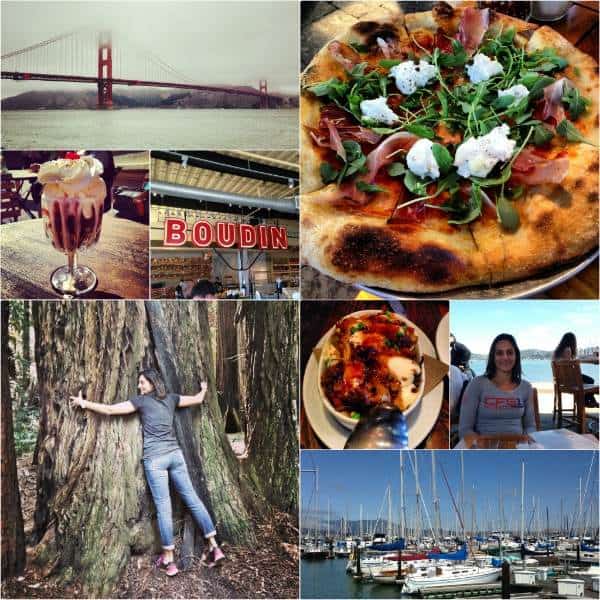 More touristy things including an epic cookie bottom Ghirardelli sundae (split 4 ways), a to-die-for speck & burrata pizza in Sausalito (I think I ate burrata 5 times in 2.5 days on that trip…something I could get used to) and the best poutine imaginable from Wayfare Tavern. Think Shepard’s pie meets beef bourguignon meets french fries. Out.of.this.world. 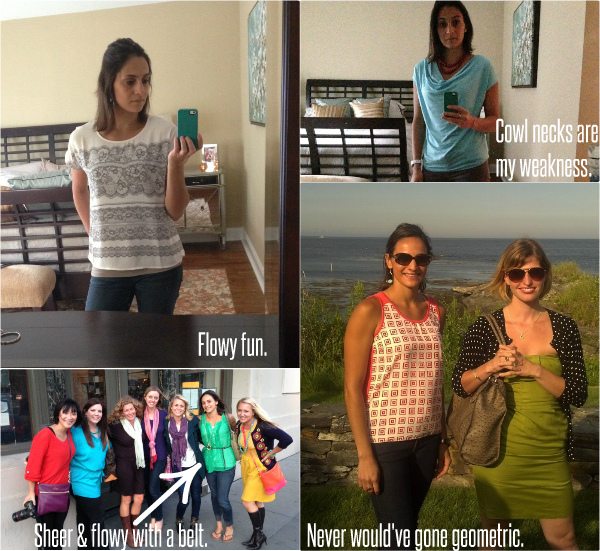 Some fun tops I’ve kept from my monthly boxes lately. Seriously, if you guys aren’t doing this yet, you need to get on it. Best “shopping” experience ever. No malls, fun stuff you probably would’ve never picked out yourself & the ability to get it delivered whenever you want. If you use this link I do get a small credit, so thanks! –  Stitch Fix 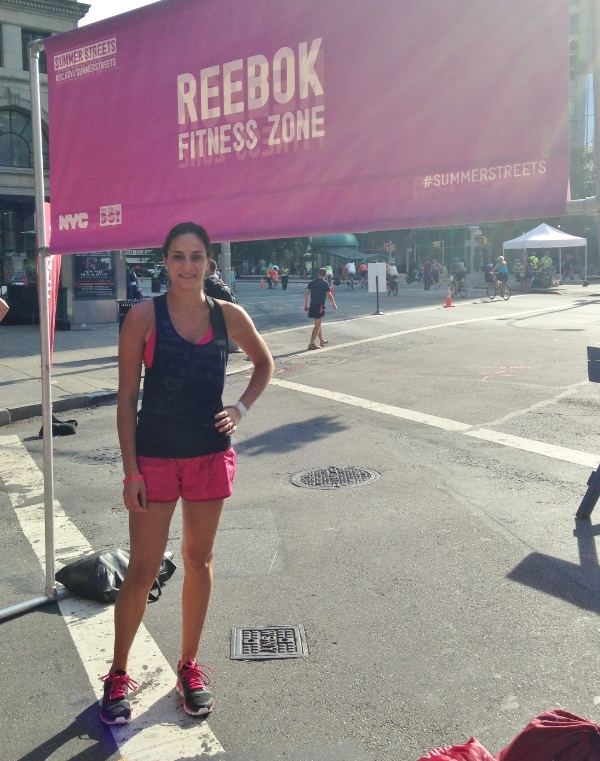 I got to attend one of the NYC Summer Streets weekends with Reebok. Summer Streets is this awesome 3 weekend event that the city holds where they shut down miles of streets to encourage (free) fitness throughout the city. Reebok had their own “fit zone” where I got to do a yoga class with Tara Stiles, a “Burpees for Breakfast” (yes, it was as miserable as it sounds)CrossFit class with some trainers from the 5th Ave. box and a crazy spin class with Kira Stokes. I haven’t taken a spin class since college. It was a ton of fun and Kira was absolutely insane in the most bad-ass way making the DJ turn the songs up, jumping off her bike in her sports bra (and ridic 6-pack) and yelling at us to get to 100 rpms! After spin, there was dancing in the street with Calvin Wiley. The dude was hysterical. I didn’t participate, but I watched which was way more entertaining as 80 year old couples walking down Astor Place on a Saturday morning would stop and stare, mouths wide open while people just shook their stuff in the street like it was totally normal. 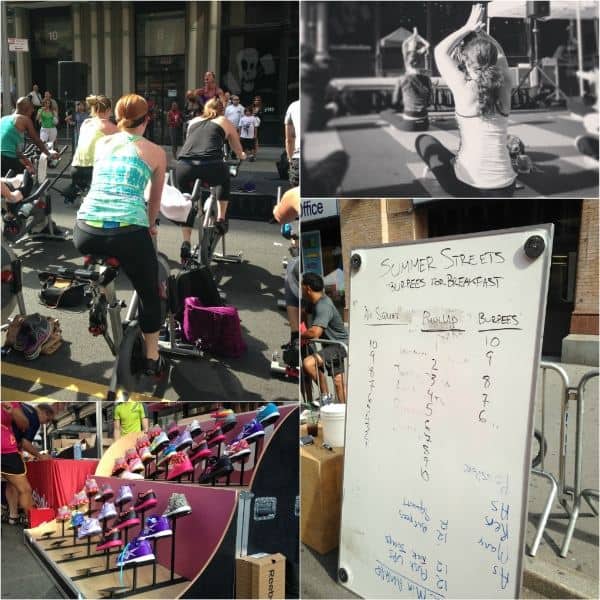 Other un-pictured updates include:

gorging myself on fresh tomatoes // booking a trip to Peru for December! // finally getting kipping hand-stand push-ups down. Finally.

Back to the food tomorrow…

aww you two are so cute. great picture(s)! I honestly can't imagine working out in a street... weird. I mean okay, you run in a street but a stationary bike seems weird. I'm still contemplating stitchfix... we'll see ;)

Longtime reader, and never comment, but just had to pop up here to say that you look fantastic!

You've been busy! And having heaps of fun! The Reebok event sounds awesome! I take 3 spin classes a week!! LOVE IT!

I've now seen multiple blog posts with Stitch Fix and I so wished they offered it in Australia as it sounds great!