By: Author Running to the Kitchen

These are perfectly crispy rosemary baked fries. Just a quick soak of 10 minutes leads to the best baked fry I’ve ever tasted. 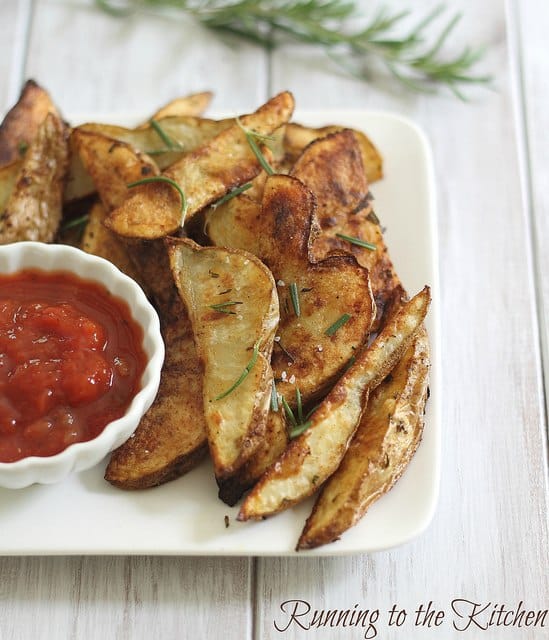 The elusive perfectly crisp baked fry. I’ve been chasing it for years.

There was the slice into circles and spray both sides with cooking spray phase, the spend far too long cutting into matchsticks phase and most recently, giving up on the “fry” look altogether and just roasting in cube form phase.

They all had their downfalls for one reason or another and none really tasted like a legit fry with that perfect crisp exterior and soft inside. I had pretty much all but given up on hopes of finding a simple recipe that didn’t require hours of soaking or a deep fryer, neither of which I was willing to succumb to. And then, I saw Kathryne’s post. It’s like the clouds opened up and beams of sun came out. 10 minutes of soaking? I can handle that. Parchment paper, oil for tossing and a low rack in the oven? Simple! 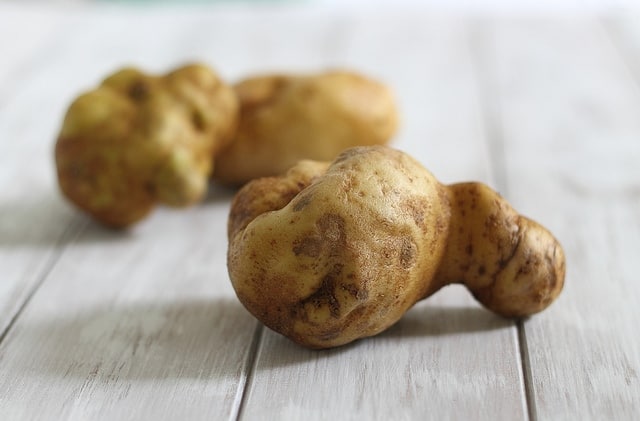 I think I was one of the first comments on that post saying I was going to try it out. And I did. About 5 times over in the 10 days since it was published. In my defense, I had 2 CSA bunches in that timeframe both with potatoes that came with the disclaimer “they’re from last year so once they see light, they’ll start to sprout”. Using them immediately seemed like a better option than finding a dark, damp place for them to hide out in my house.

Despite the smoke alarm going off 3 out of the 5 times and Ginger hiding in the laundry room each and every time, these are hands down the most perfectly crisp baked fry I’ve ever tasted. 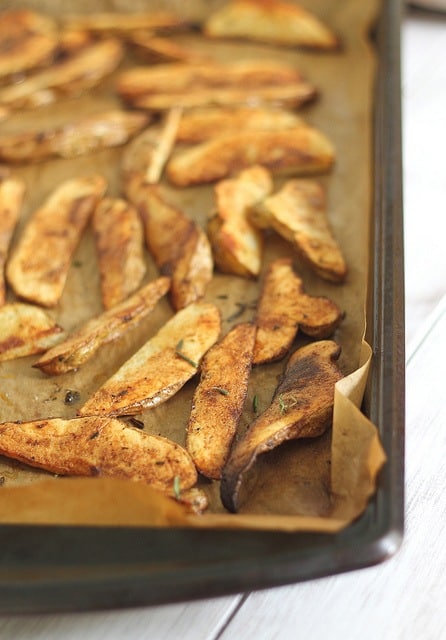 While the plain are pretty amazing themselves, I opted to spice things up a bit with some seasonings and fresh rosemary. I know most people think of rosemary as a winter herb, but it’s growing like a weed in a pot on my front steps to point where it’s approaching the size of a small toddler. Something had to be done.

There’s so many possibilities. Garlic and truffle salt. Rosemary and parmesan. Scallions. Even cheddar would be amazing. Give me a week and I’ll probably have tried them all. 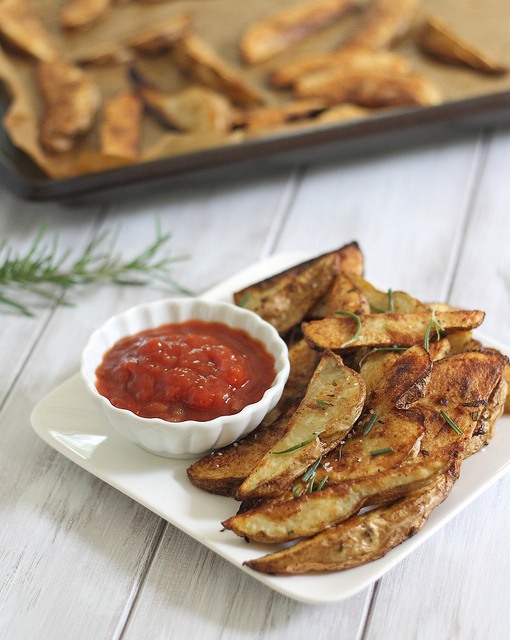 The only disappointing thing about these was running out of ketchup midway through and having to use salsa instead. 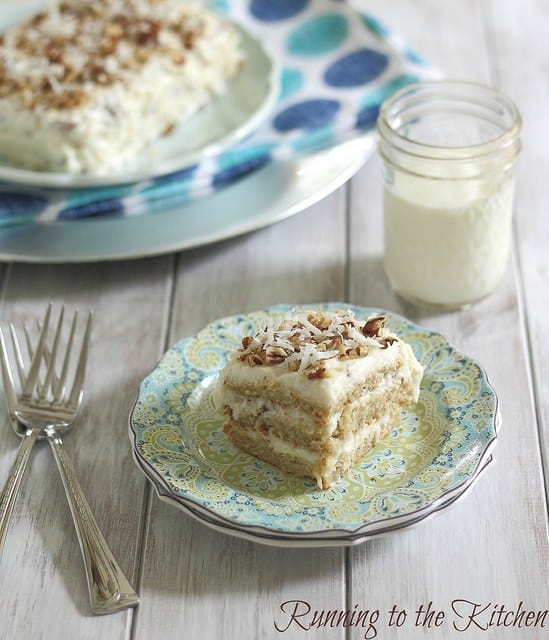 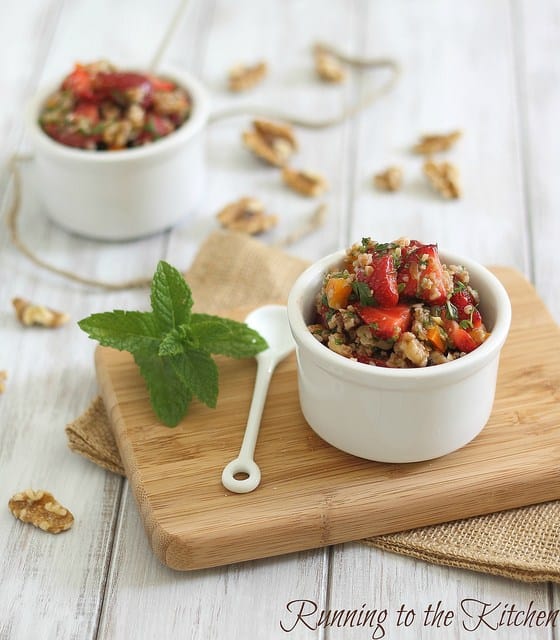 I just tried those. They've been on my list for a while now and I just made them. Soooooooo delicious. Thanks for the great recipe.

awesome, glad you liked them!

Thank you for understanding the absolute essential nature of ketchup to this endeavor. It's like no one in my house understands this but me.

[...] my onions were caramelizing on the stovetop, I got to work on my side dish. I found this recipe for Crispy Rosemary Baked Fries originally on Pinterest, and the recipe and method can be found over at Running to the [...]

Made these tonight and they turned out wonderfully!

Then again, perhaps my oven just can't get hot enough even at the recommended 475. It's the first time I have cranked the heat up that high in the oven. The parchment paper only browned on the edges, not uniformly like in the photo. I 'dried out' the fries in a frying pan on medium heat and we enjoyed our hot potato wedges, with ketchup of course :-)

I'd be surprised if the difference b/w the sheet and the pan would not allow them to crisp up. That's weird! the temperature of the oven however, is a legit concern. Definitely worth checking the accuracy of the oven to know (for this and all other recipes!) if yours is running low.