This pasta checca with burrata is an updated spin on a traditional family meal we’ve been eating for generations. Small burst heirloom tomatoes and burrata take tradition to the next level.

Pasta checca is something I’ve been eating since I was a kid, something my mom has eaten since she was a kid and probably something my grandmother grew up eating as a first generation American in an Italian household in the Bronx. Quite literally, “checca” is supposed to be an uncooked tomato sauce. Leave it to my family though to break the rules because ours has always been cooked. You might be thinking well what’s the difference between this “checca” stuff then and traditional marinara but, they’re nothing alike. 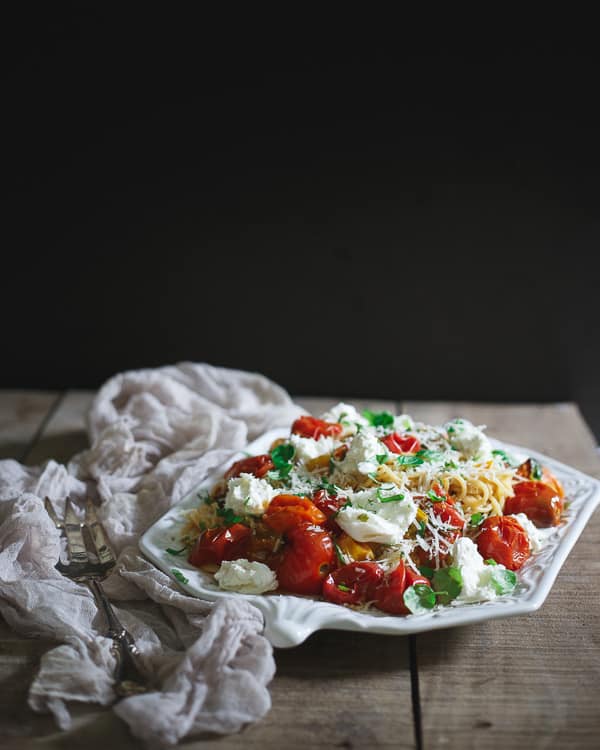 Checca epitomizes summer. It’s freshly ripened tomatoes from the garden paired with basil begging to be used before it bolts from the heat with lots of garlic cloves and that’s pretty much it. My mom cooks it entirely in a skillet on the stove in just a few minutes and it’s an incredibly hands off sauce, nothing like marinara. 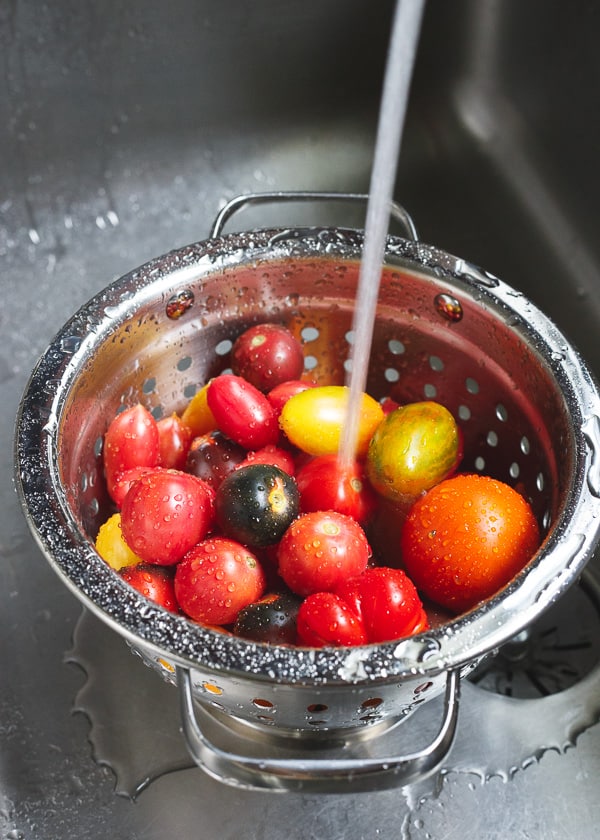 Because it’s 2015 though and because “when in doubt, add burrata” has become my motto for this summer, I made a few changes to my family’s traditional recipe.

First of all, heirloom tomatoes. I grew tomatoes in a few pots last year but after the hornworm catepillar fiasco of 2014, I’ve decided I’d much rather spend $4.99 for 20 ounces of packaged heirloom tomatoes than pluck disgusting fat green camouflaged worms off my plants. With two containers of the prettiest green, orange, red and striped tomatoes I’ve ever seen in hand, this pasta checca was already beating the traditional plum tomatoes mom usually uses before I even got to cooking. 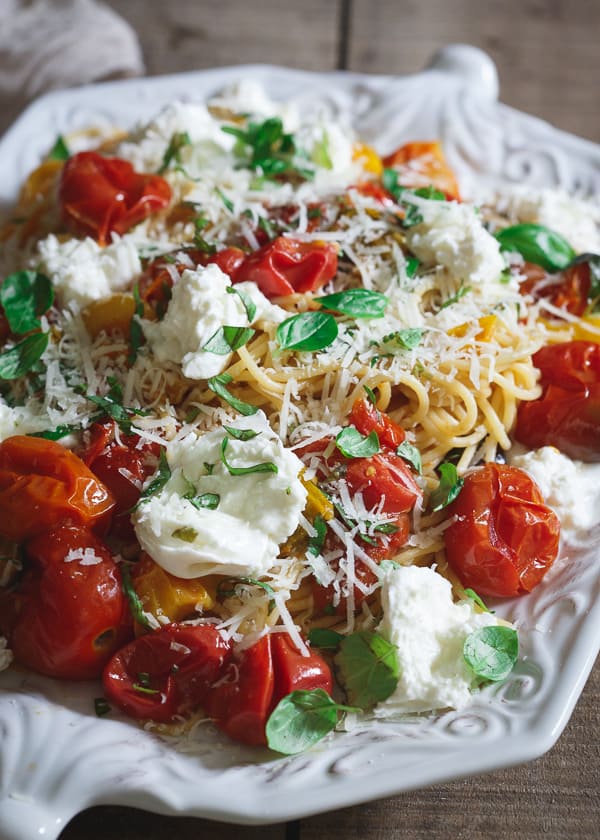 Next up, anchovy paste. Anchovy paste is like the squeamish “ew, I don’t like tiny little fish packed in a can” girl’s dream. No hairy fish bodies to deal with, just all the flavor already mushed up into a non-fishy looking paste. Sauteing it with the garlic, olive oil and red pepper just takes the flavor profile to the next level. 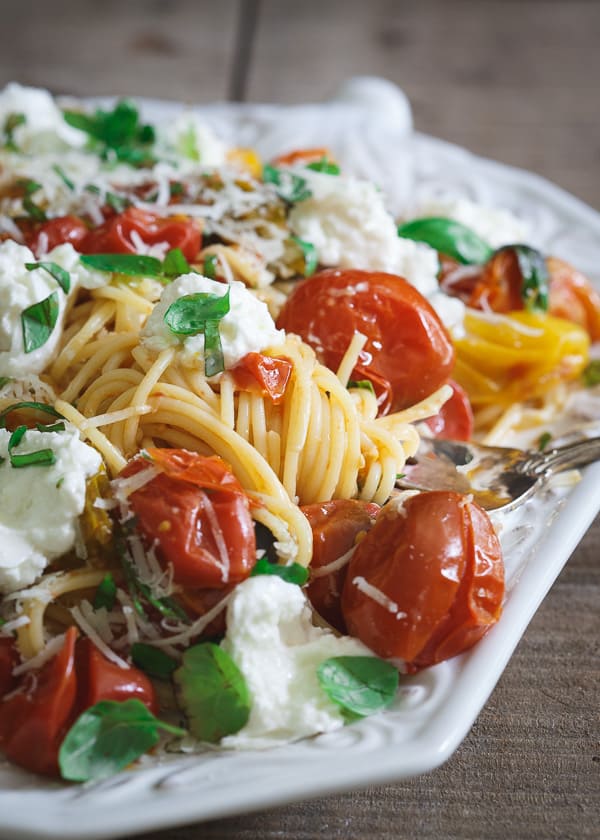 And then, of course, burrata. What dish isn’t made better with the addition of a creamy ricotta + fresh mozzarella ball of pure happiness escapes my brain at the moment but I can tell you pasta checca is definitely not one of them.

Make this before summer is over. I implore you.

I see you make PASTA CHECCA dish so easy and look delicious. Can’t wait! Will try to do it for my family tonight.

NO! Hornworms are the WORST!!!!! This is totally my kind of meal Gina, I love it. And I love the shot of the heirlooms under the water, so pretty! xx

I have a whole basket of tomatoes from the farmers market that will be perfect for this - thank you!

Everything that has burrata is perfect for me.Will try this soon :D