This maple and roasted garlic squash puree is made with sweet dumpling squash and a great side dish to any fall or winter meal.

I really hate using the word puree. Something I had no idea about until I just tried to name this concoction and stared at the screen for 15 minutes attempting to call it something else. I actually went into this recipe calling it a dip in my head. I even photographed it as a dip, but then 6 hours later when dinner rolled around and it ended up alongside the rest of my meal I realized it’s totally not a dip. It’s a puree. And now that word has earned a spot right next to moist and panties in my book of words that make my skin crawl. 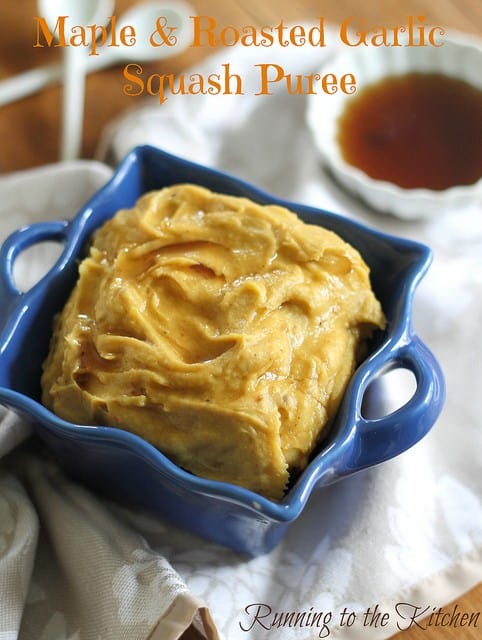 In other news, sometimes I steal from my CSA. Yeah, I realize how horrible that sounds (and is) so before you nickname me Winona of the CSA, I’ll go ahead and throw my (irrelevant) justifications out there. Firstly, they said at the beginning of this whole thing the amounts would be enough for a family of four. If that’s true, either their idea of a family of four consists of the emaciated munchkin-land type or we eat an extraordinary amount of food. Secondly, they encourage splitting shares (which Brandy and I do) and yet give us stuff like 1 cabbage or 1 quart of apple cider making it somewhat difficult to split up in a parking lot before dropping off at each other’s houses. 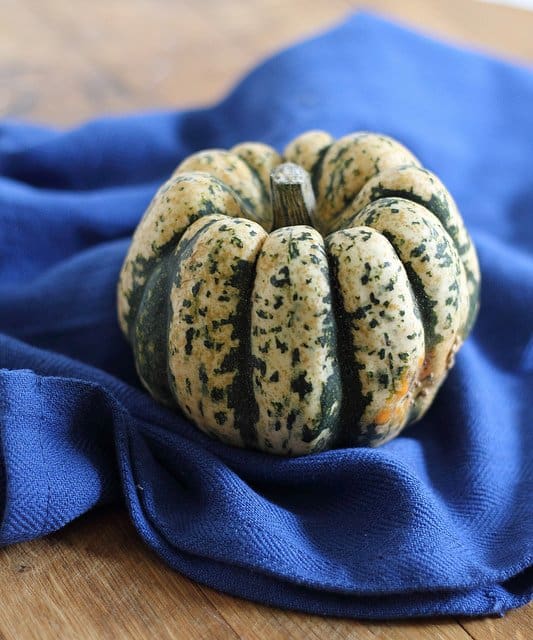 So sometimes, I take two of something when I’m only supposed to take one. I don’t even really feel bad about it either. I guess that’s the worst part. But if they’re going to put out a case of eggplants, tell me to take one when there are some that are 3 times as big as the other, what’s the harm in taking 2 small ones instead so we can each have one? 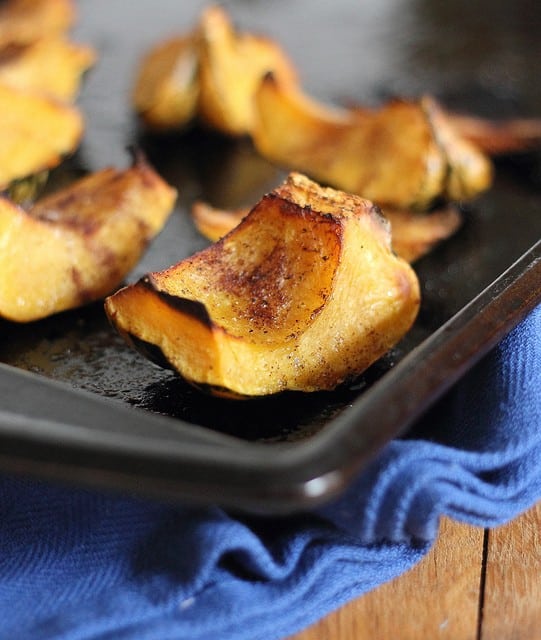 I didn’t actually steal this squash. This one’s legit. I keep my klepto-ness limited to the smaller items. I just felt the need to come clean with all that for some reason.

Apparently, it’s called a sweet dumpling squash (I’d never seen it before) and it may be the most delicious tasting squash I’ve ever tried. The maple syrup and cinnamon it roasted with might have aided in formulating that opinion but I’m convinced the flesh of this squash is the best of all the winter varieties out there. Butternut, you’ve been ousted from your throne.

If you can refrain from shoving it in your mouth piece by piece as you peel the flesh away from the skin while putting it in the food processor, it makes for one hell of a sweet and savory dip puree with some roasted garlic. 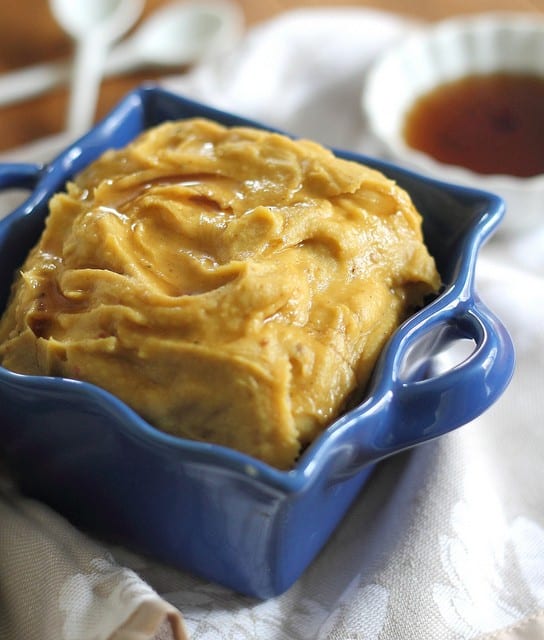 So good that the Thanksgiving menu which has forever included some sort of butternut squash is now being re-evaluated  It just won’t be called a puree.

[…] Maple and Roasted Garlic Squash Puree | Running To The Kitchen […]

[...]  This was one of the tastiest recipes we made all week.  A major shout-out to Gina for sharing this, if it’s possible we think after eating this we’re even more in love [...]

the Winona of CSA. HA! love it. I was going to say maybe "mash" but that almost seems like it was an accident. Woops, I mashed it. Idk...either way it looks good!

I have never heard about the squash before but boy does that look good! I have to try it!! :)

I'm glad i'm not the only one who detests those exact same words. But I would be willing to drop the "puree" word if I got to devour this with a shovel.