If nothing else, I wanted to share a quick recap of my recent trip to Europe so I have a place to look at a few photos without having to sift through an external drive years from now to remember. 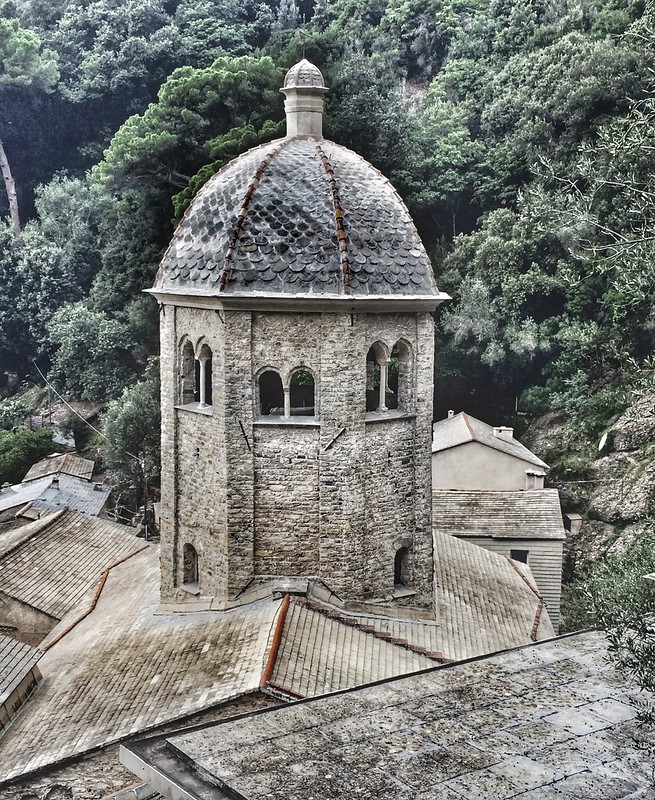 My mom, dad and I spent two weeks visiting Italy, Germany, Czech Republic, Hungary and Austria and while I was more than ready to come home at the end (and eat something other than over salted sausage), it was a great trip all around. 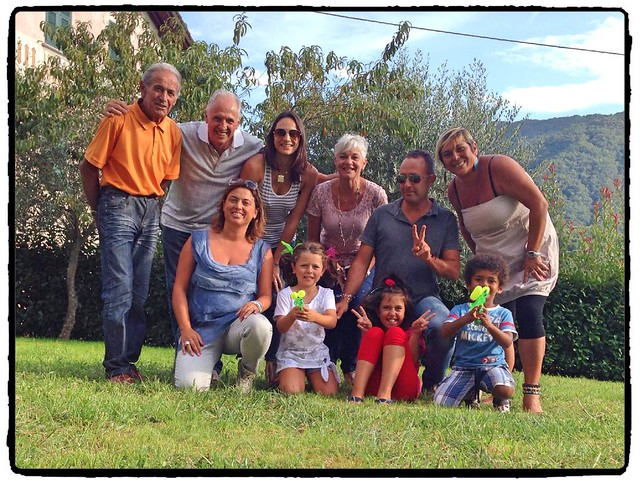 We flew into Italy with the sole purpose of seeing family. A red eye to Milan, a train from the Milan airport to the city, another train from the city down to Santa Margherita where we were staying and 19 hours later we had finally arrived. Delirious, dirty and hungry but we were there.

We stayed at the Lido Palace in Santa Margherita and somehow ended up with a ridiculously sweet suite on the top floor with a terrace twice the size of our room overlooking the bay of Santa Margherita. My mom and I had been to Santa Margherita in 2012 so we knew the city well enough to know this hotel was in an awesome spot (centrally located) and the city was a good base point to see our two sides of the family who kind of live in opposite directions.

The first day, we visited one side of the family who lives in a small town named Cicagna. My dad flew kites with the kids, we ate ravioli with hazelnut sauce, drank wine, some liquor specific to Sardinia, visited with the last living sister of my great grandmother and tried our best to talk about life when no one spoke the same language. I used the 3 Italian verbs I know (to eat, to work, to like) excessively, threw in some Spanish when I couldn’t figure out a word and relied on my mom’s incredibly basic (like the level of a 2 year old) Italian skills to get me through. By the end of the day (after a delicious stop in Chiavri on the way home to eat some focaccia formaggio) my head hurt. 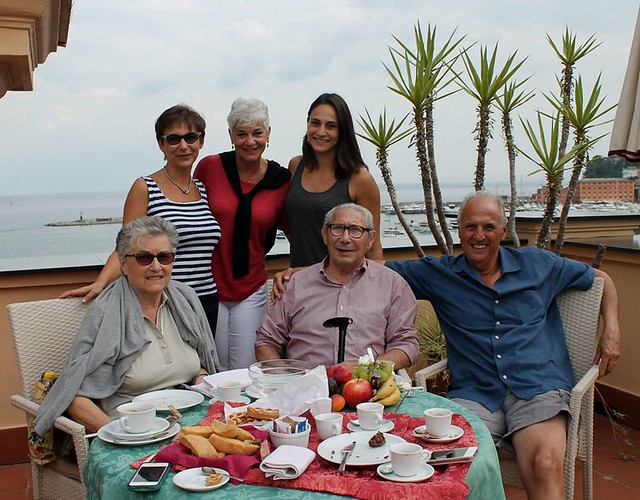 We had a day to ourselves before meeting up with the other side of the family (who thankfully brought a friend along that could speak English pretty well!) which we used to explore the nearby areas of Portofino, Camogli and San Fruttuoso and walk down a million steps to the point where my calves were on fire for the next 4 days. 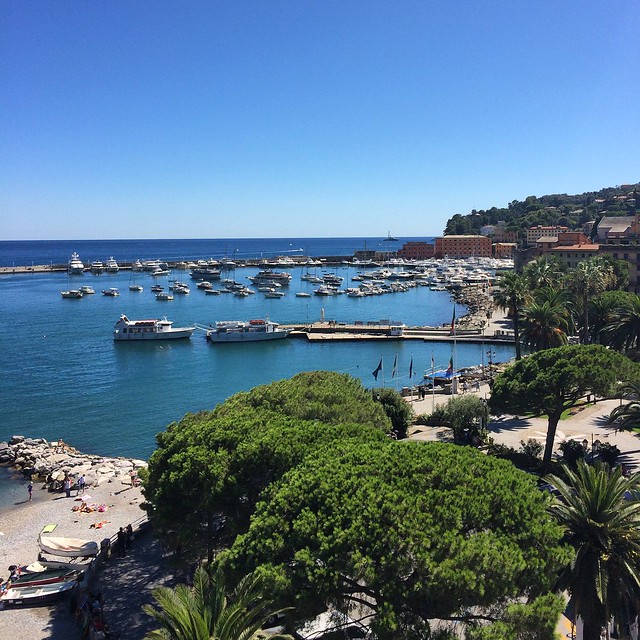 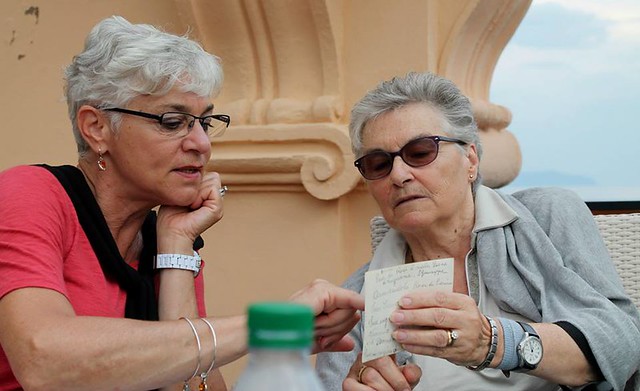 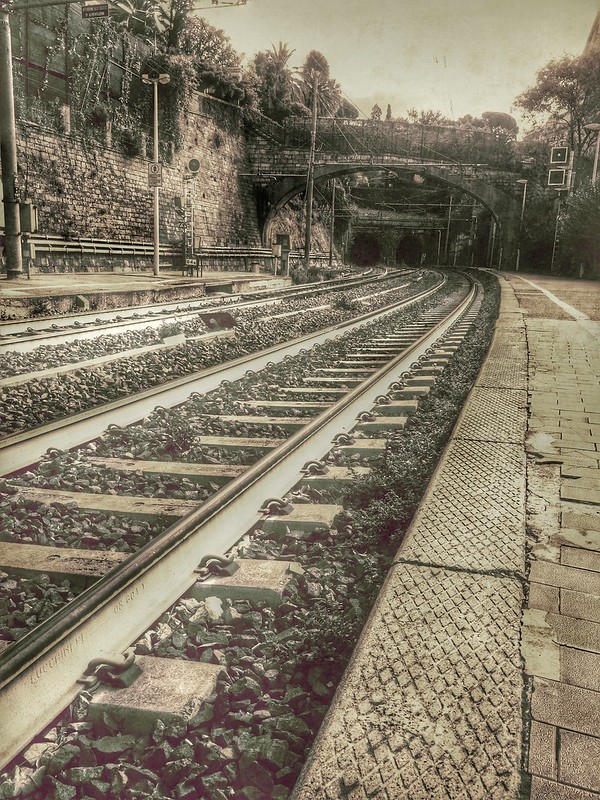 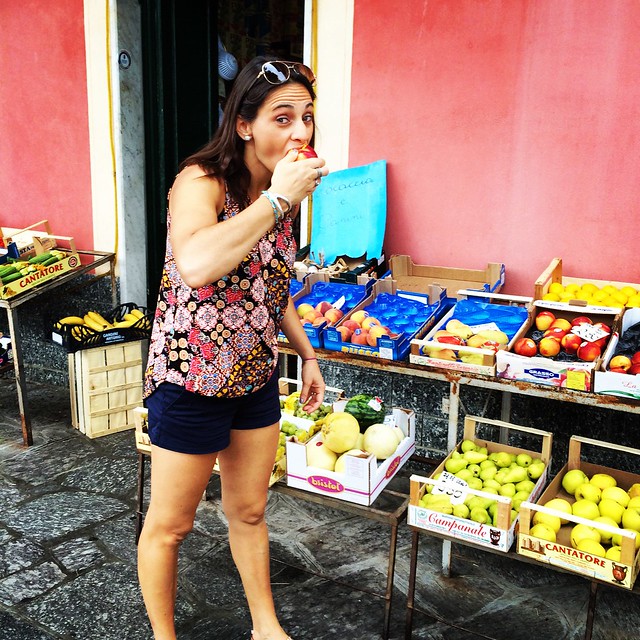 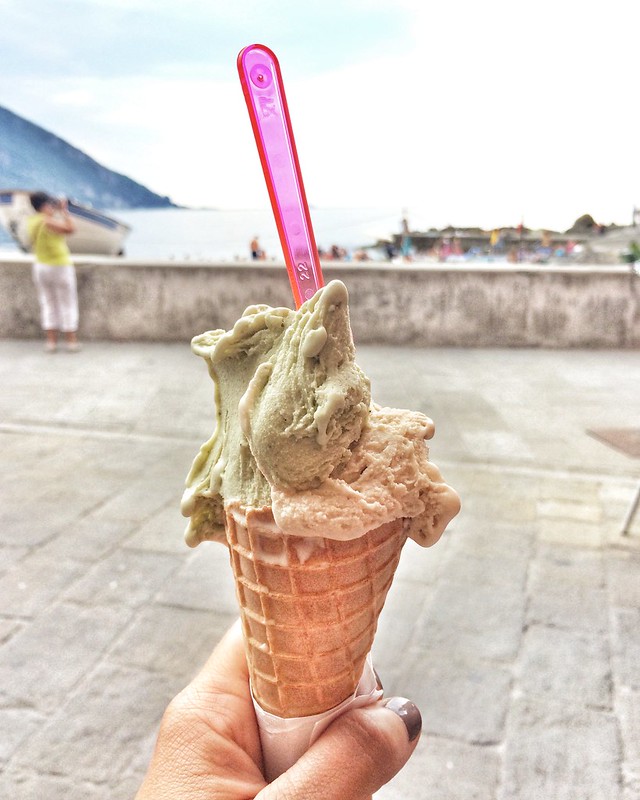 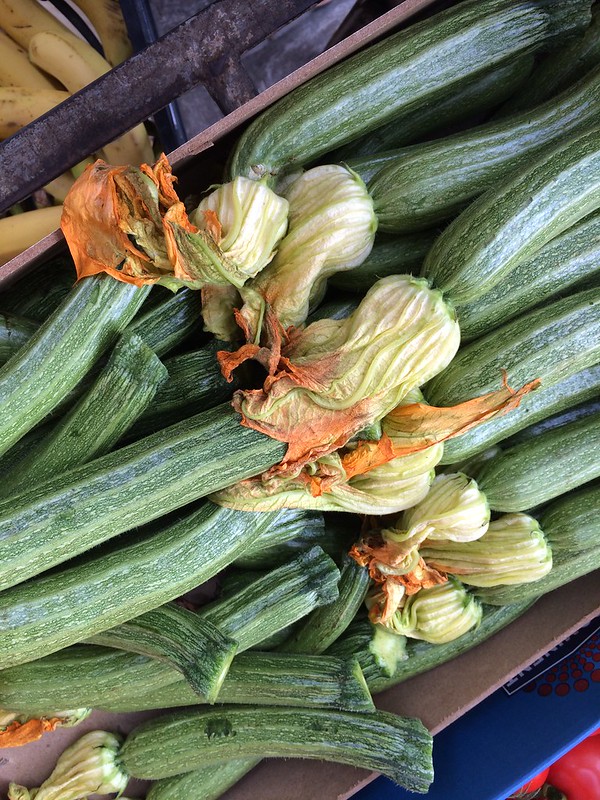 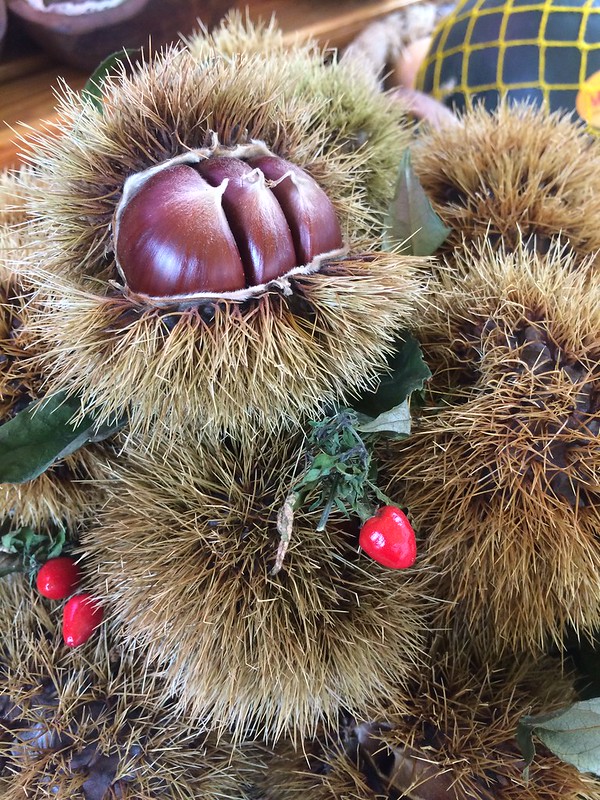 After four days in Italy, we headed to the airport at 4:30am to fly to Munich and start our tour only to find out that our flight from Rome to Munich was cancelled because of a strike. I’ll leave out the details but suffice it to say Alitalia is on my shit list and Italians (or Europeans in general) need to get over themselves, stop striking every 5 seconds and maybe actually work once and awhile. I’ve been to Italy 5 times now and I kid you not, there have been airport/airline strikes 3 of those times. 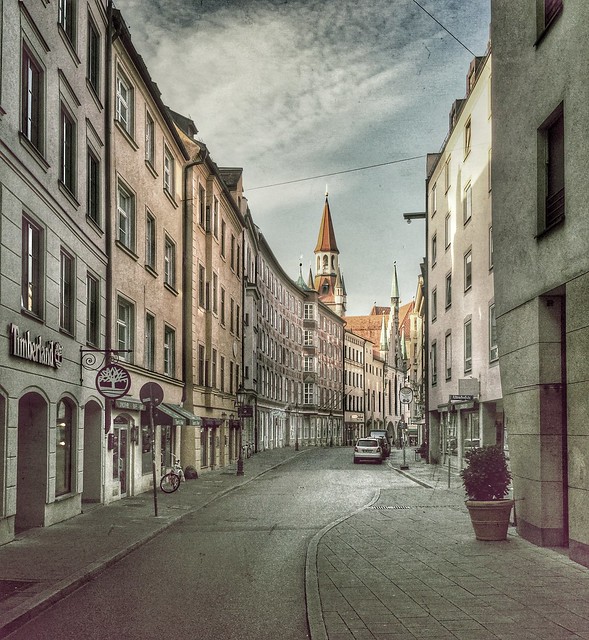 So after 9 hours in Rome, we finally made it to Munich in time for dinner and what was supposed to be our free day to explore the city was spent in a Marriott in the olympic park area of the city. Lame. 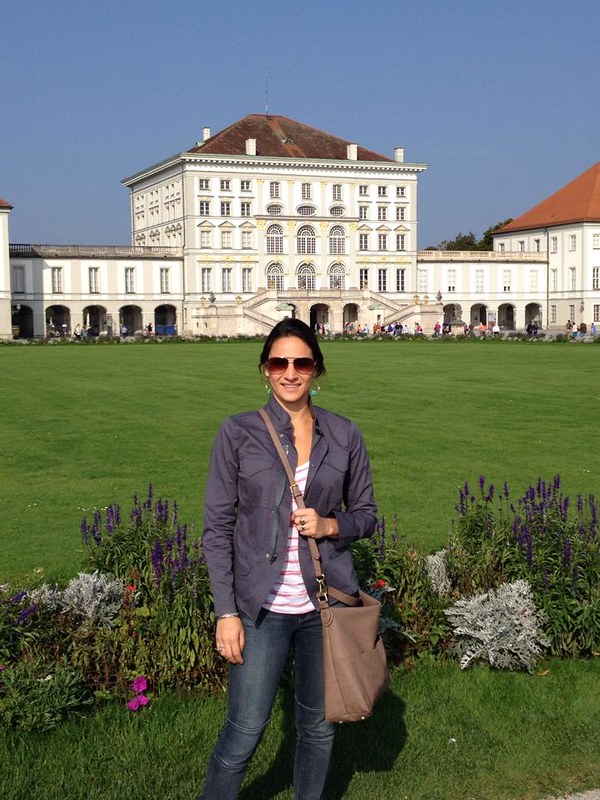 From Munich we headed to Prague. Everyone said we’d love Prague and we did but honestly, I was expecting more. We did however, have two delicious very “non-eastern European” meals there at Lehka Halva  (thanks to Anne’s recommendation) and Katr. 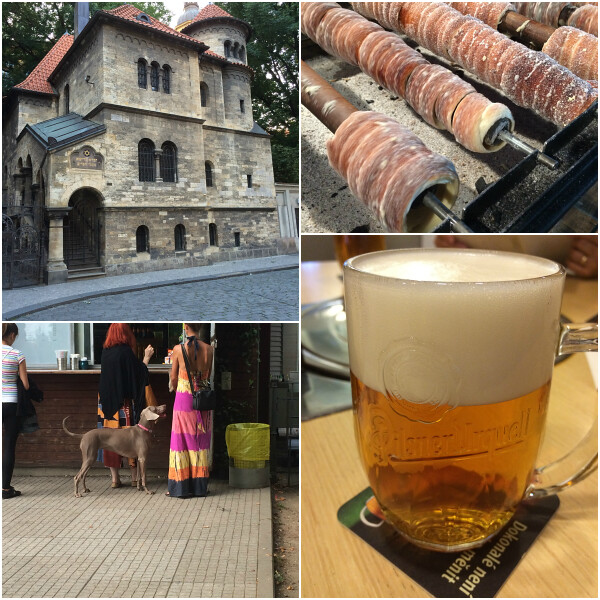 Granted, I might be slightly biased in opinion considering that weimaraner above caused me (because obviously I was running after it to take a picture-hi, crazy dog lady) to fall through a sewer drain in a beer garden and rip my brand new full priced jeans on the first wear and tear up my knees. 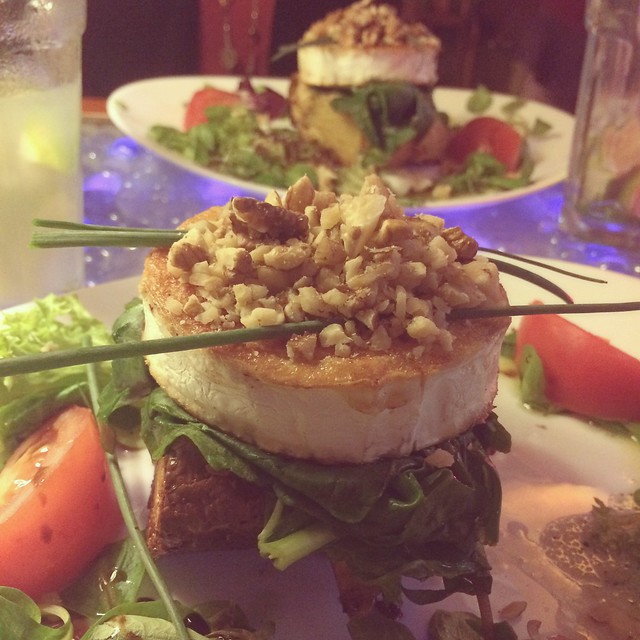 After Prague, we headed to Budapest. Really loved that city but apparently didn’t take too many pictures there besides this one in Hero’s Square. 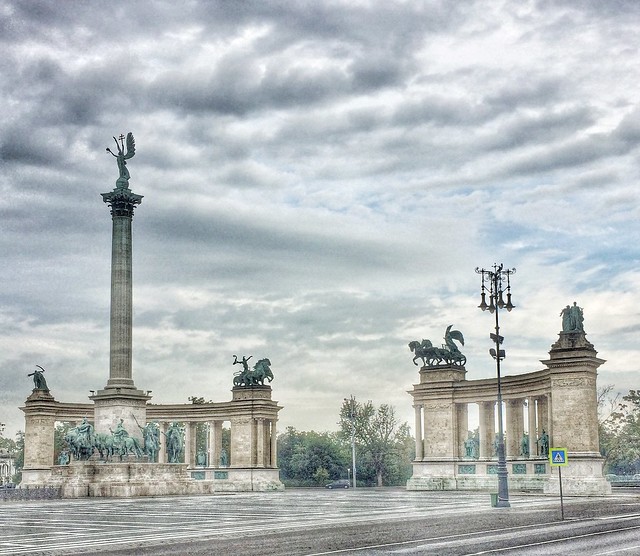 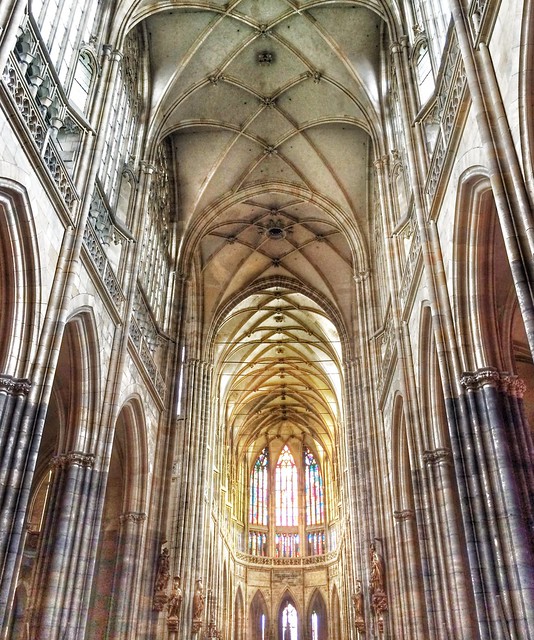 Vienna was next and was a serious disappointment. The weather turned horribly rainy and cold and the service from the restaurants to the hotel and everyone in between was so incredibly rude and mean it bordered on comical. Guess Austrians really aren’t keen on Americans.

One redeeming experience was Demel’s hot chocolate though. 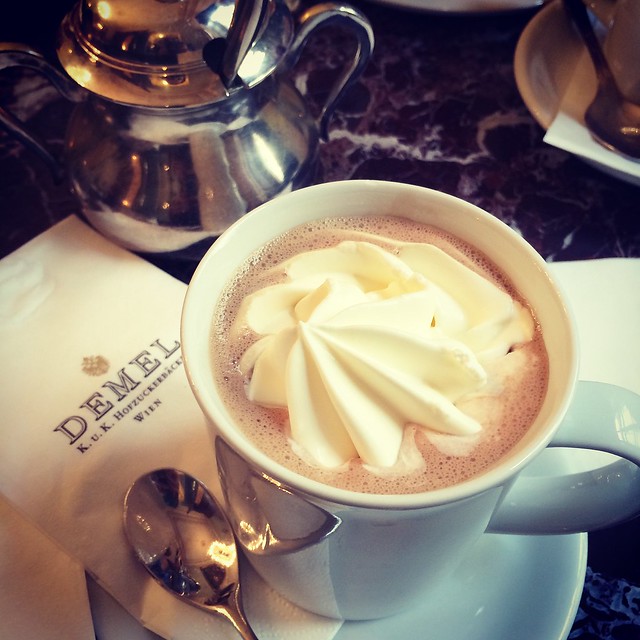 Our last stop was Salzburg by way of ferry and the skies just opened up on us that day. It was so unfortunate because I much prefer the small city vibe of Salzburg to the bigger cities from the first part of the trip and yet it was so rainy and cold we couldn’t even enjoy it. We ventured up to Eagle’s Nest, Hitler’s second residence in neighboring Germany and literally couldn’t see 1 foot in front of our faces because of the fog. So instead, we sat inside in the cafeteria-esque restaurant they converted the house into (so wrong, just so so wrong in my opinion) and drank crap hot chocolate most likely from a packet that we paid 4 Euro for. 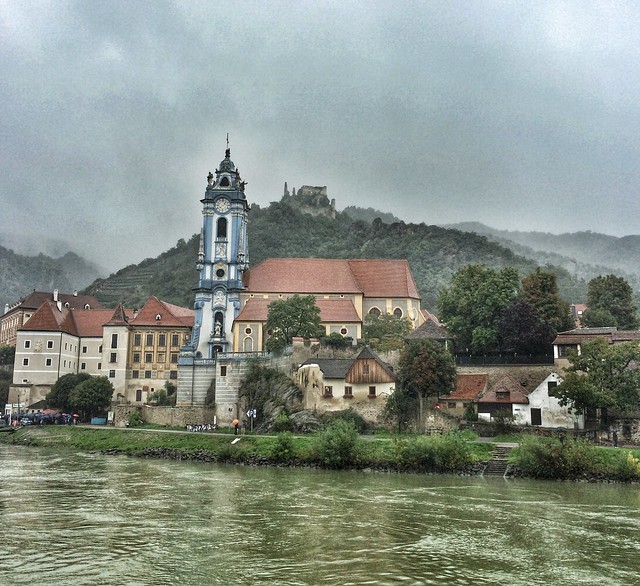 Last time I was in Europe in 2012 I relied on internet at whatever hotel we were at. This time around, needing it to keep up with this site (and just life in general) I knew that wasn’t going to be an option. European internet is like the U.S. 10 years ago. IF they give it to you free, they limit your bandwidth and/or it’s constantly going in and out. I looked into getting international sim cards but since we were going through so many different countries that wasn’t going to be ideal. Then I stumbled upon TEP wireless. They rent pocket wifi devices and have a European one that covered every country we were going to be in besides Austria. There are a few different plans from 150 mb a day to unlimited (although it’s not really unlimited, read the fine print) data and I can’t tell you how convenient it was. You can connect up to 5 devices to it and besides in really remote areas of the country driving from city to city, it worked a million times better than the hotel connections offered. Fully charged, it would last about 4-5 hours which worked perfectly for us. I rented the European device myself and TEP graciously offered to send me an Austrian specific device to use while I was there. It’s a bit pricey when you think of internet considering I pay $60 a month at home and spent almost $200 for unlimited internet for two weeks but the convenience factor can’t be beat.

Wow, just beautiful. I'll probably never make to Italy, but I feel as little bit closer now. And, that Gelato has me drooling. We are 3rd generation American.