These cinnamon raisin French toast bites are bursting with fresh blackberry ginger sauce. Baked in a mini-muffin tin, they’re the perfect size for breakfast on the go!

French toast always takes a back seat in our house on the breakfast front. I really don’t know why.

It’s not any more time-consuming or difficult than pancakes or waffles but sadly this lemon vanilla waffle French toast and this raspberry granola French toast are all I have to show for this delicious breakfast option and to be honest, I don’t think I’ve made it once outside of either of those recipes.

*This post is sponsored by Udi’s Gluten Free, a 2017 partner of Running to the Kitchen. 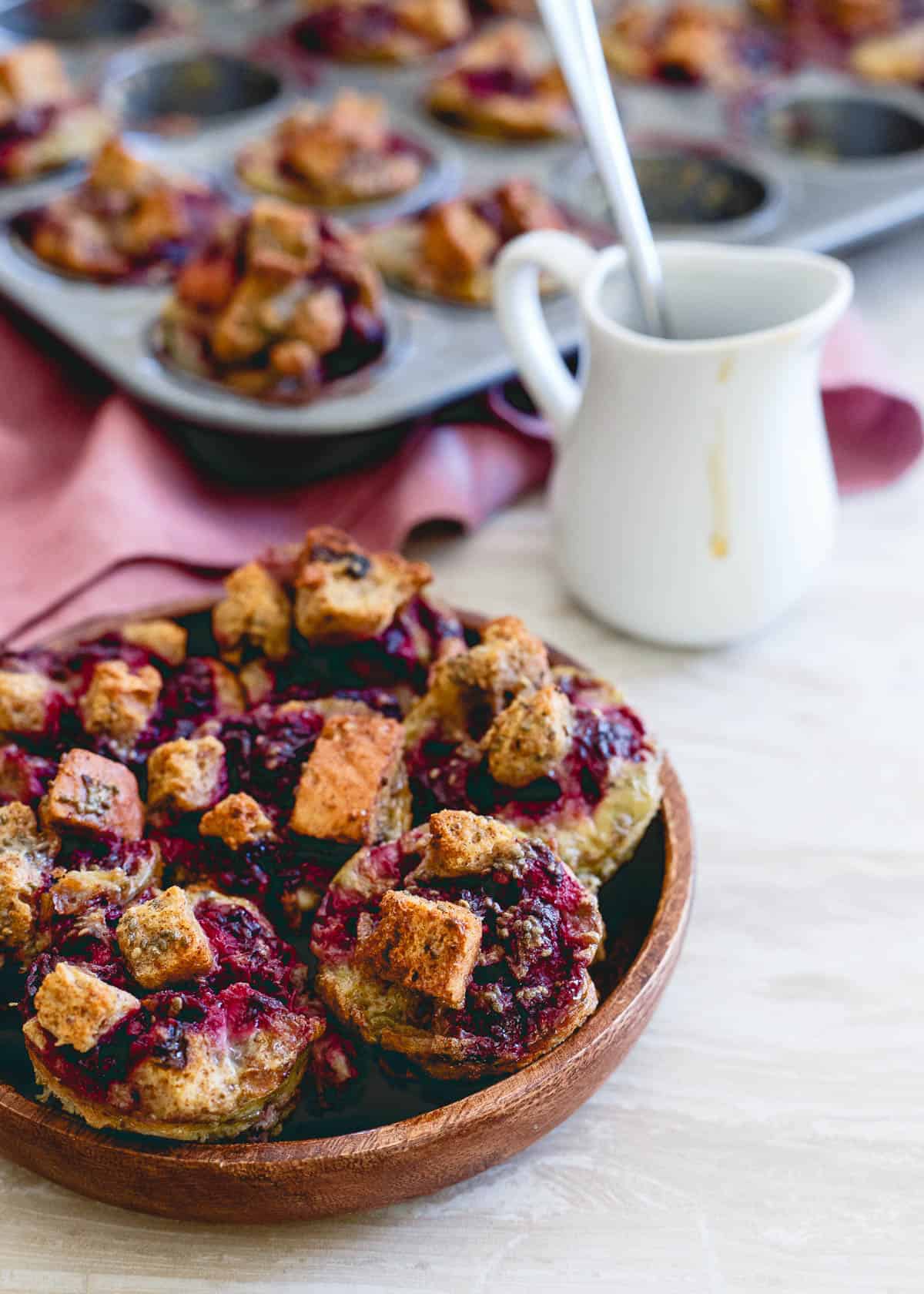 That was until recently when I just couldn’t stomach my usual morning routine of veggies, egg-whites and chicken sausage one more day and decided I needed carbs.

With a loaf of Udi’s cinnamon raisin bread staring at me in the fridge, French toast popped into my head and an epic breakfast ensued.

This time, I refused to let French toast fade into a distant memory and decided to turn it into these bite-sized blackberry ginger French toast bites for an easy portable breakfast option.

Cinnamon raisin bread has a special place in my heart. My dad made sure there was a loaf of it in the house at all times and every morning he’d have his bowl of some disgusting adult cereal with a side of two slices of cinnamon raisin bread toasted with butter.

The smell would permeate the kitchen and pretty much be the only thing that would get my sleepy teenage self out of bed and ready for school.

Smelling these French toast bites bake up in the oven brought me right back to those morning memories and missing the time in life where my biggest worry was a stupid science test or if there’d be enough time between classes to see my boyfriend at the time (<–let’s all take a moment to eye roll at 14/15 year old Gina). 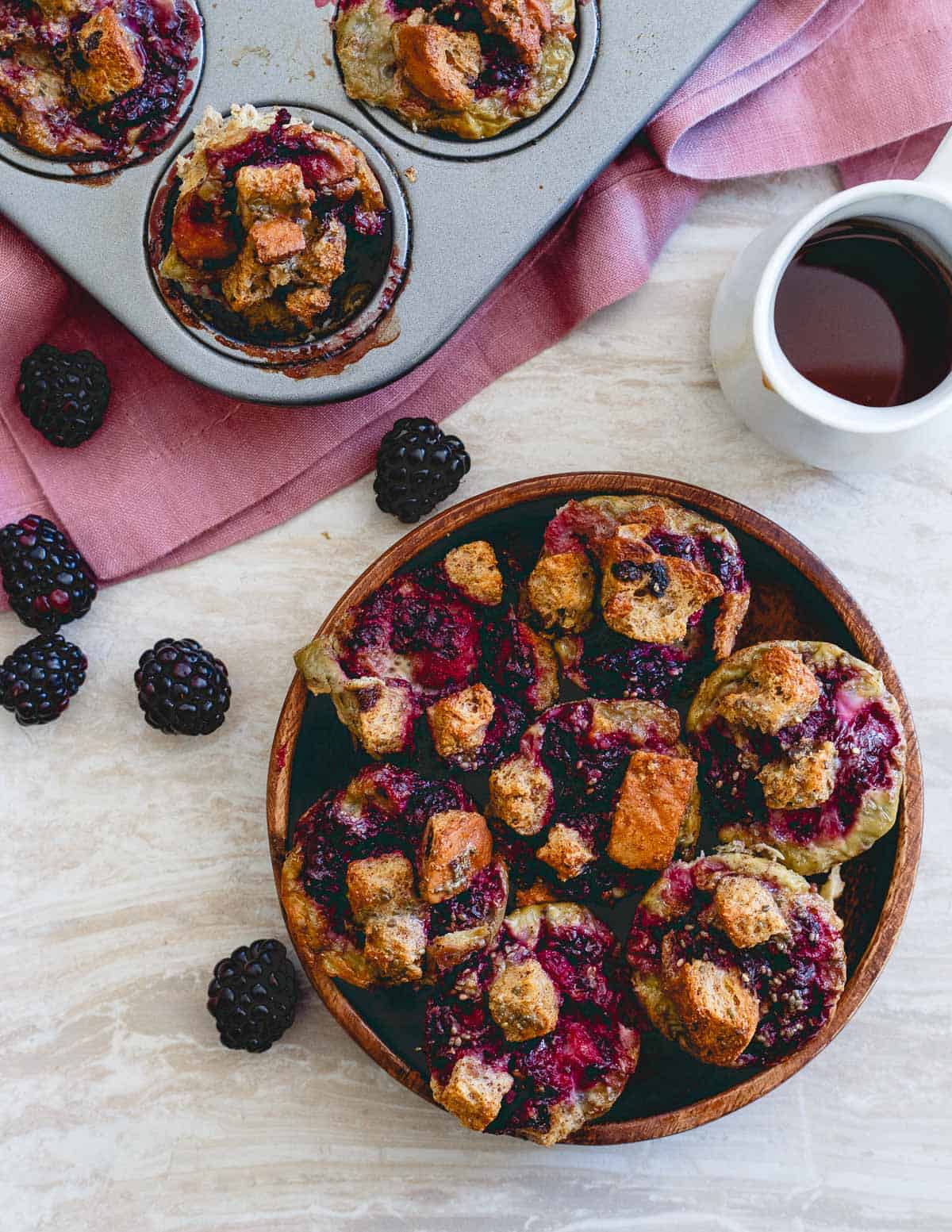 Of course, there are benefits to the 20 years that have passed since then.

Like the discovery of chia seeds and how to make amazingly delicious fruit sauces in just minutes using them.

Spoon any extra on top, drizzle with some good maple syrup and you’ve got one heck of a delicious gluten-free breakfast ready to take with you on the go or just as happily accompany you at the breakfast table. 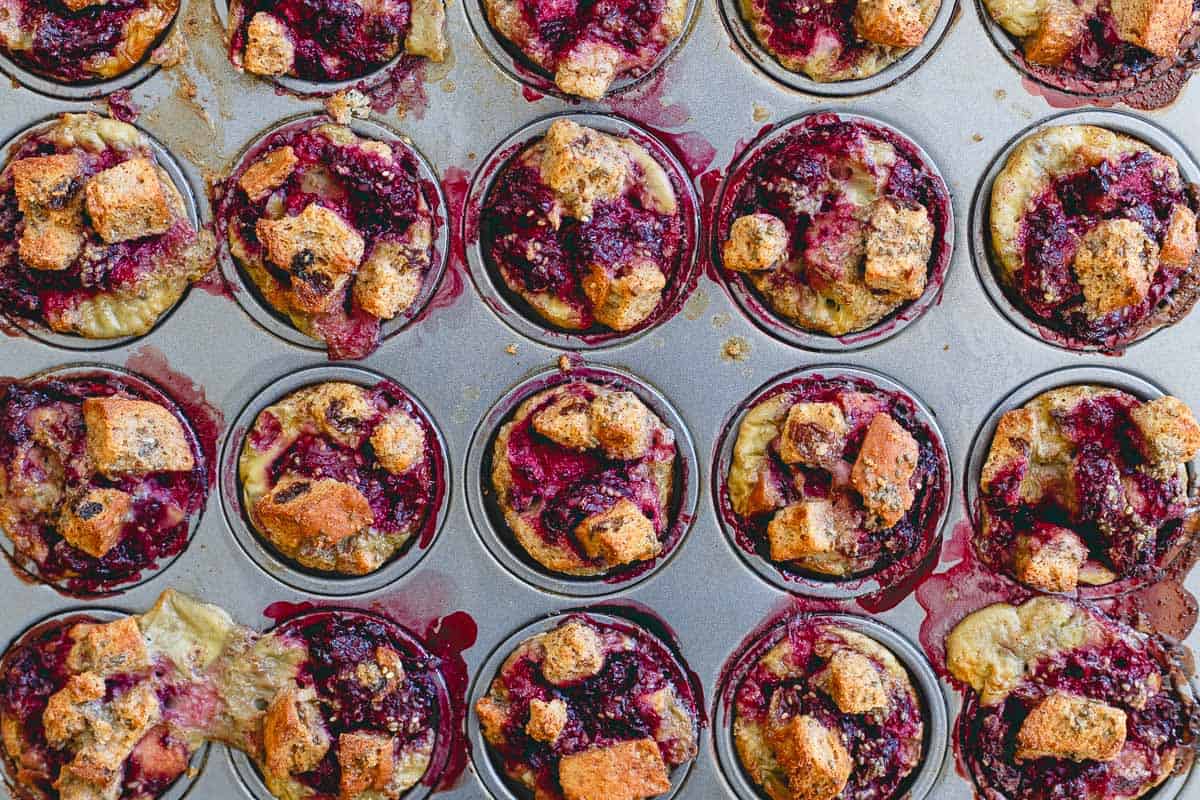 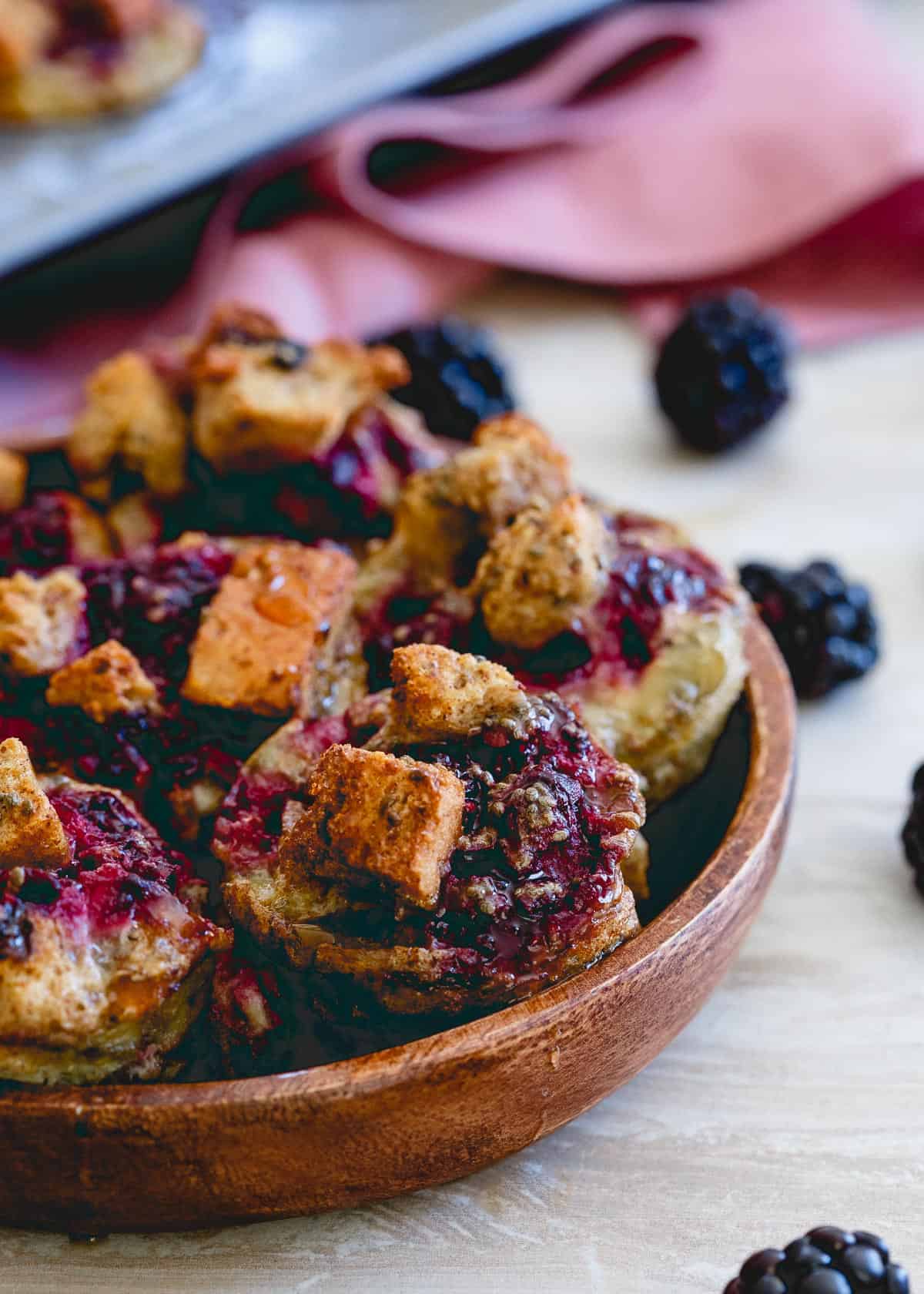 Thinking these will do the trick and keep French toast from falling off the breakfast radar for some time.

For the blackberry ginger sauce:

For the French toast bites

For the blackberry ginger sauce:

For the French toast bites:

Store extra French toast bites in the refrigerator and toast them before serving as leftovers.

Check out the Udi’s community page for lots of great gluten-free info from recipes to health and wellness and everything in between!
Click here to cancel reply.

Words can not describe how delicious these look. I haven't made them yet, but when I do, I may not share them as I've been known to pull such levels of "greedery" with tasty dishes.

Combining blackberries and ginger (two of my favorite healthy ingredients) is just on point.

does anyone know how many calories??

These are truly stunning. I could eat a million of these.

These look so god, I can't wait to try!

So pretty, and perfect for summer brunching!