This wheatberry currant salad is a chewy, cinnamony sweet grain salad filled with tart currants and tossed with an orange honey dressing.

I’ve learned a few things from joining a CSA this year.

Organic, non-pesticide ridden fruit is about 3 times smaller than the stuff you buy in stores. It’s also about 3 times more tasty.

Sheep make a hell of a lot of noise.

Apparently, I eat about 4 times the amount a family of 4 does if 4 leaves of kale are considered a “bunch”.

People that work at CSAs/farms are exactly what you picture in your head. Flannel shirts, no makeup, quirky and extremely nice. 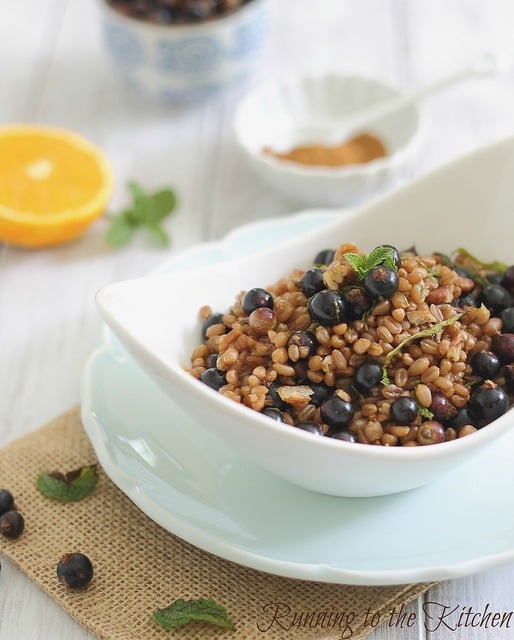 Currants actually exist in a form other than “dried”. 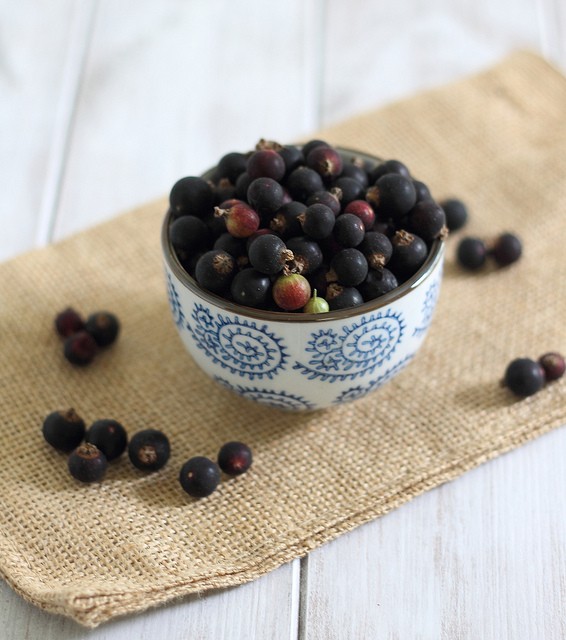 Ok, I guess I knew but honestly, I’ve never in my life actually seen them in a grocery store. Guess they’d rather stock the shelves with steroid pumped strawberries instead.

These blueberry lookalikes came last week for the first time and I was at an absolute loss at what to do with them. At first, I thought they were too tart to eat raw but the thought of turning them into a sweetened jam or sauce seemed like too boring and predictable of a route. So I kept eating them one by one, hovering over the sink until I decided on a classic fruit + grain salad. To offset the tartness of the raw fruit, I’d sweeten and spice up the grain. 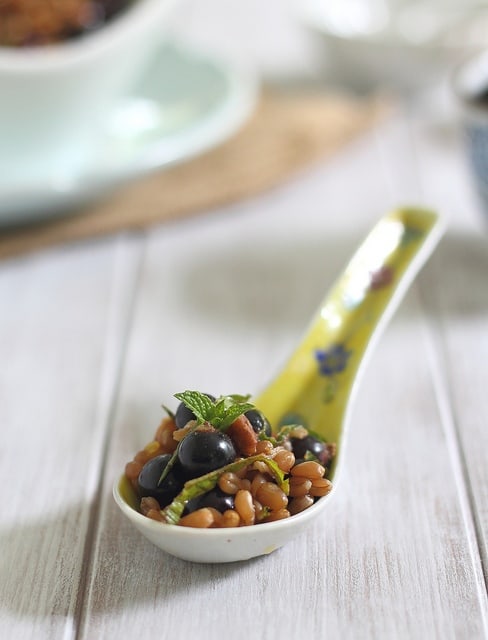 What resulted was a partially acceptable breakfast salad, a quirky dinner side salad or an excellent snack over plain yogurt. Take your pick. 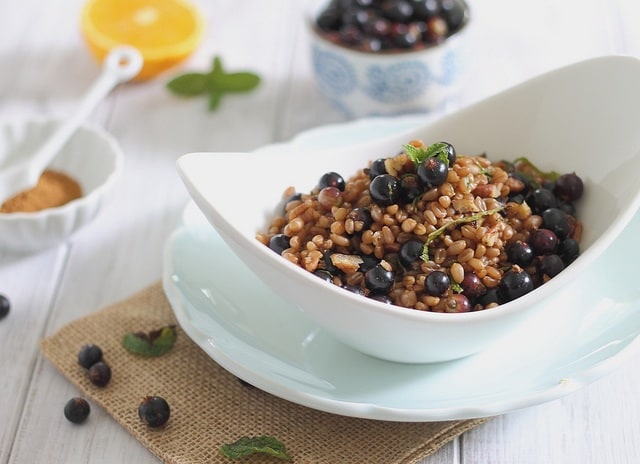 I have about a gagillion current berries and idk what to do with them. P and I have just been eating them off the bush. I can't believe your CSA had some so cool!

I can't wait to join CSA! Your salad sounds fabulous!

I have never tried wheatberries but I keep seeing these amazing recipes being posted! I need to try them. I love all of the ingredients you have in this salad! Mint makes things so refreshing, especially in the summer!