This super creamy sweet potato mac and cheese uses pureed sweet potato, almond milk and two different kinds of cheese. It’s indulgent while being a little healthier for you and sneaking in some spinach!

*This post has been updated to include a video on how to make Sweet Potato Mac ‘n Cheese with Spinach. Scroll down to watch! 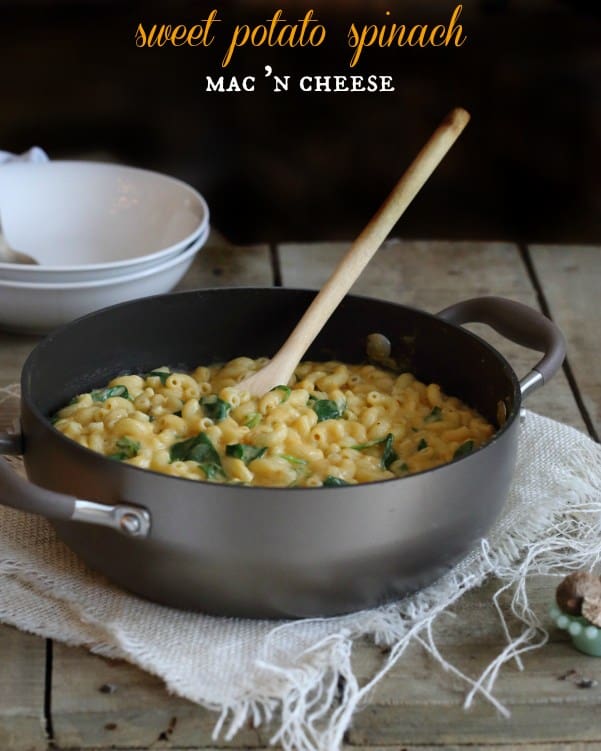 Years ago, I was addicted to 30 minute meals, like the Rachael Ray tv show, not actually cooking them or anything.

I can remember the retro studio kitchen she taped all the episodes in down to every dumb this-is-clearly-not-a-real-kitchen detail.

The microwave in particular really bothered me and I’ve never been a fan of retro design so I’m honestly not sure how or why I continued to watch the show for the three long years I did.

One of the many Rachael-isms besides the classic “evoo” and “a dab will do ya” was the “hmmm what is that?” phrase she’d say when adding a “weird” ingredient to a pretty basic dish to describe someone’s reaction when tasting it.

She must’ve said it at least 100 times in all the episodes I watched but the one that stands out most in my head is this simple spinach sauté she made once. It was just spinach sautéed in some evoo (of course) with garlic, red pepper, salt, pepper and the “weird” ingredient of, wait for it… 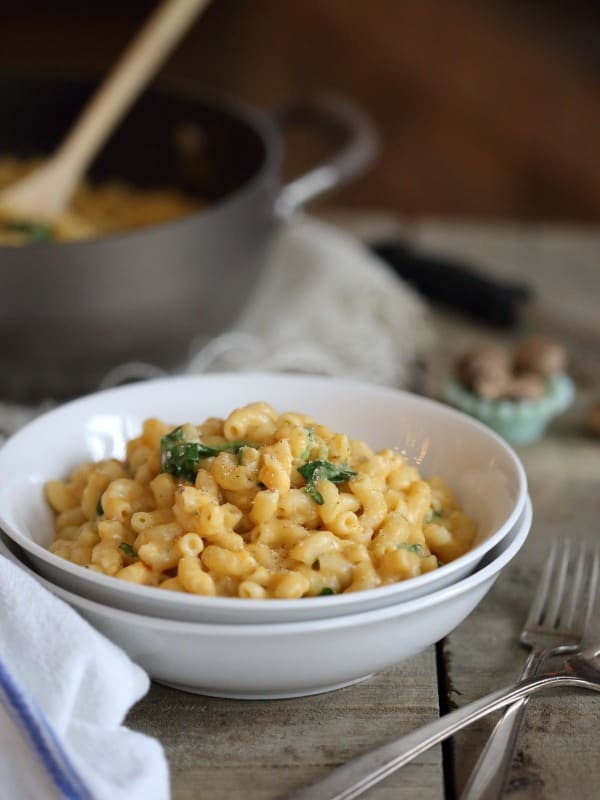 I’ll admit, I’ve made that spinach dish countless times adding the nutmeg and while it definitely doesn’t make me say “hmmm, what is that?” because 1. I added it and 2. nutmeg has a pretty distinct, identifiable flavor, I do adore it combined with spinach.

It’s the perfect thing to get the otherwise boring spinach to pop.

So, in a nod to Grenada, the nutmeg capital of the world that I just spent two weeks in, eating nutmeg in pretty much 95% of the food and drinks I consumed, I added nutmeg to this sweet potato mac and cheese. 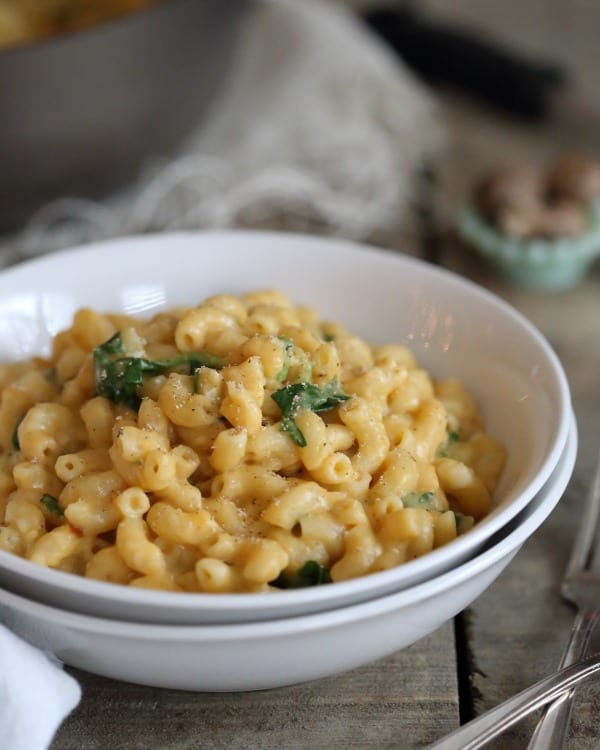 Try this creamy white bean pasta too for another vegetarian take on creamy pasta sauce.

With the sweet potato, spinach and almond milk, it’s practically health food too.

Don’t be fooled into thinking mac and cheese needs copious amounts of butter, flour and whole milk to be creamy and decadent.

This proves quite the opposite.

And who would’ve thought a tv show from 10+ years ago would be to thank for the inspiration? 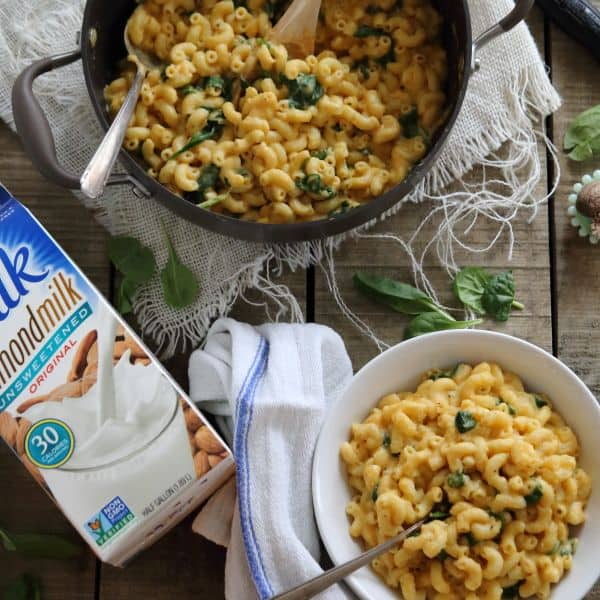 I've had this recipe saved for months and finally made it. Nothing weird about the nutmeg. But I was disappointed in the sauce. I am not amazing at sauces but I had to stir my butter,seasoning, flour, and almond milk mixture for quite a while and it thickened very little. I was honestly tempted to sub regular milk because I'm not really avoiding it for any reason. I wonder if it would make a difference. But anyway the sweet potato is genius. It turned out really very tasty but I can't but help wonder if I messed up the sauce.

[…] Sweet Potato Spinach Mac and Cheese – Running To The Kitchen […]

I am seriously craving mac and cheese right now after seeing this delicious post. Pinned!

I'm in Cambodia at the moment without a kitchen. But the day I return I am making this... Sleep, then this. It sounds great!