Soy and lime marinaded tuna tacos with a spicy avocado cream are a light and healthy lunch or dinner.

After being coerced into wearing the world’s shortest and tightest skirt with the world’s tightest tank top on Saturday night when told that the 7 outfits I brought were not “fun” enough for bachelorette festivities (when did I get so old?) by someone with penis glasses on her head, I could use a few of these.

What I didn’t need while wearing that outfit were the 2 drink induced (I hope) ass grabs, 6 drinks (although that chocolate covered pretzel shot was goooood), hoochie Barbie cake, 3 slices of pizza or truffle fries.

Yeah, definitely not the truffle fries. 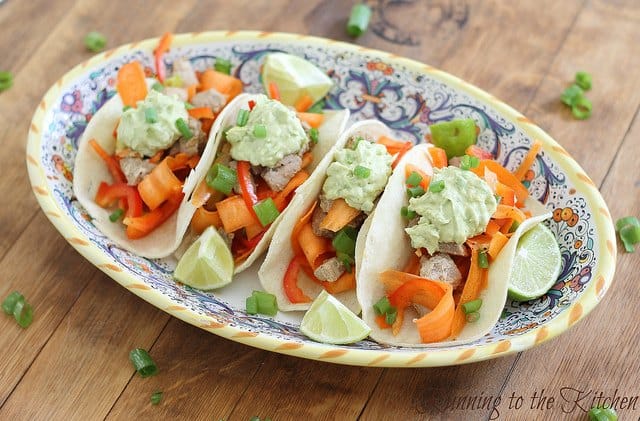 I felt like a stuffed sausage that was about to explode at any minute on the dance floor.

Luckily, as the drink number got higher, the fears of ripped skirts diminished and I just went with it in hopes that seeing any of the surfer beach boys from that LBI bar again would be pretty low. 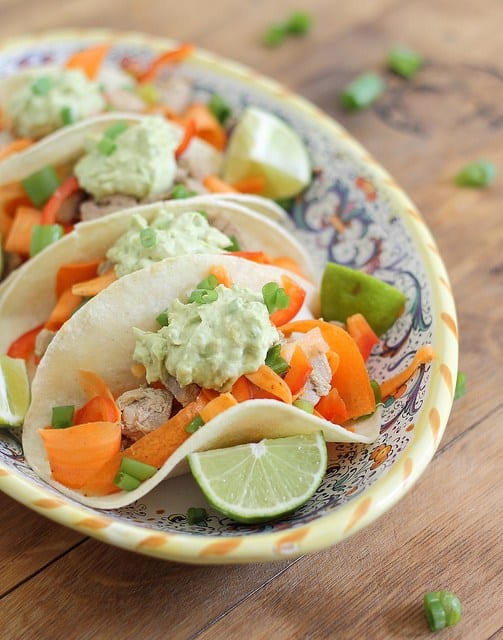 But 8 hours later, waking up in a (sort of) sober state, I have no idea what I was thinking.

Thankfully, I have no photographic evidence of this outfit or night because at 30, I was smart enough to leave phones and other expensive accessories at the hotel rather than drunk text/picture take/instagram/tweet/facebook throughout the night.

Some things are better left undocumented  (until you blog about them at least). 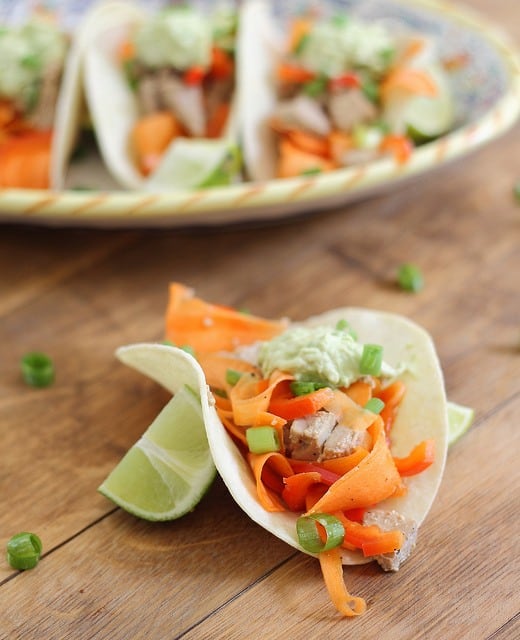 I made these tuna tacos last Friday right before leaving for a weekend of drinking, crappy eating and fun times.

They were delicious and probably the last healthy thing I ate.

There were a couple of lessons learned from this weekend:

Wardrobes should be like your food, fresh and simple topped with spicy. Not habanero in your face spiciness all around.

And, don’t take advice from people with male genitalia on their face.

Looking for more fish taco recipes like these tuna tacos?


Unrelated, but pretty cool, I was featured in Food Network’s blogger spotlight on Healthy Eats last week. If you want to read the interview you can see it here.
Click here to cancel reply.

OMG that cake! And I'm sure someone has pictures of the outfit somewhere lol. At least you had fun, right?

so far none have surfaced. thank goodness!

These sound wonderful! I just made avocado cream yesterday, it's the BEST topping!

Sounds heavenly but what is sriracha and where can I find it?

Smart move leaving all electronics behind.

It's a spicy hot sauce. Most supermarkets have it in the International (Asian) section. If not, an Asian foods store would have.

haha sounds like a good time! I haven't drank in ages, probably years but I'm with you - phones need to be left at home. Better to just not document the adventures haha