These no bake chocolate coconut pumpkin bars are a paleo treat made with pumpkin, dates, cocoa and coconut. Delicious and guilt-free!

Yesterday, around 4:45pm, single lady-dom for the next 6 months (on weekdays) commenced.

And while Ginger (who has been staring longingly out the window for the past hour as I type this) and I will definitely miss Ulysses during the week, I can’t say there aren’t some things that excite me about this sudden long-distance relationship. 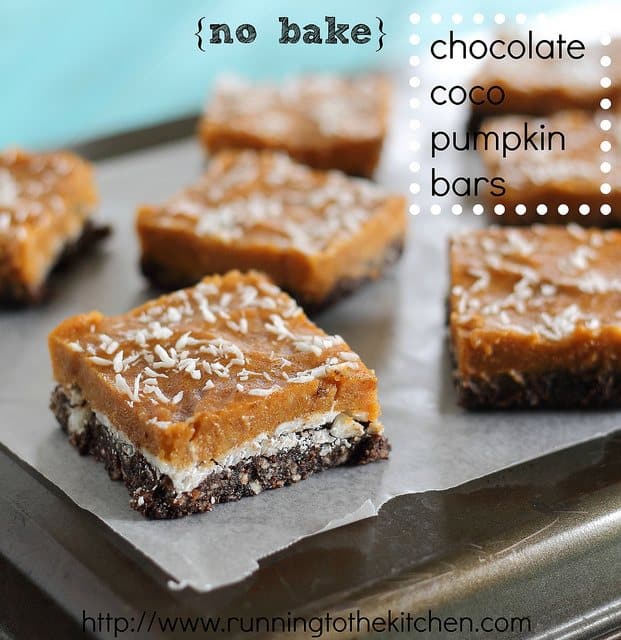 1. Toilets will remain in the state that I left them in. As in, seat down and no “splattering”.

2. Sink drain food particles will be emptied before they turn into gross slimy who knows what. 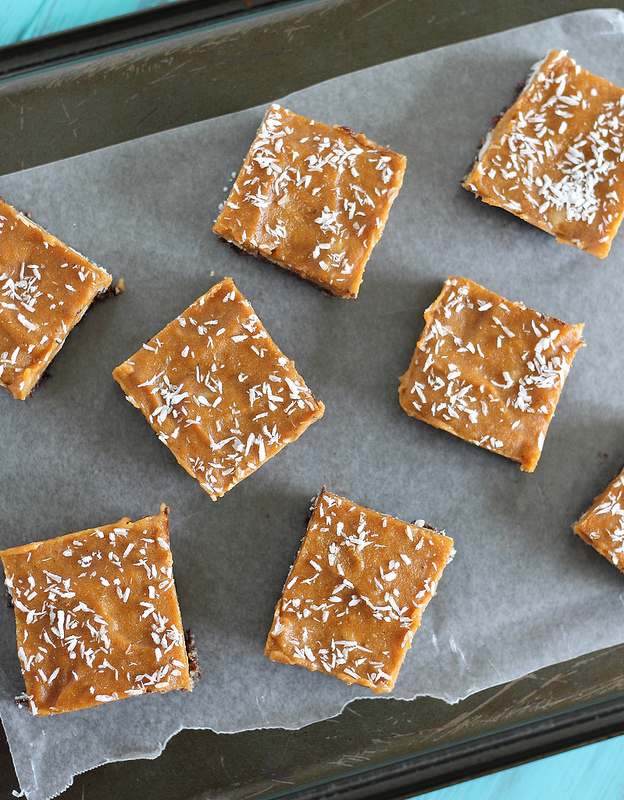 3. A comfy, brand new down comforter in a bed all to myself (I’m not a snuggler while sleeping, there’s a line down the middle of the bed that distinctly separates the two sides. Cross it and be prepared to be pushed/kicked/elbowed back.)

4. The potential of only 1 grocery store trip a week now that banana, egg and milk consumption should fall to normal levels. 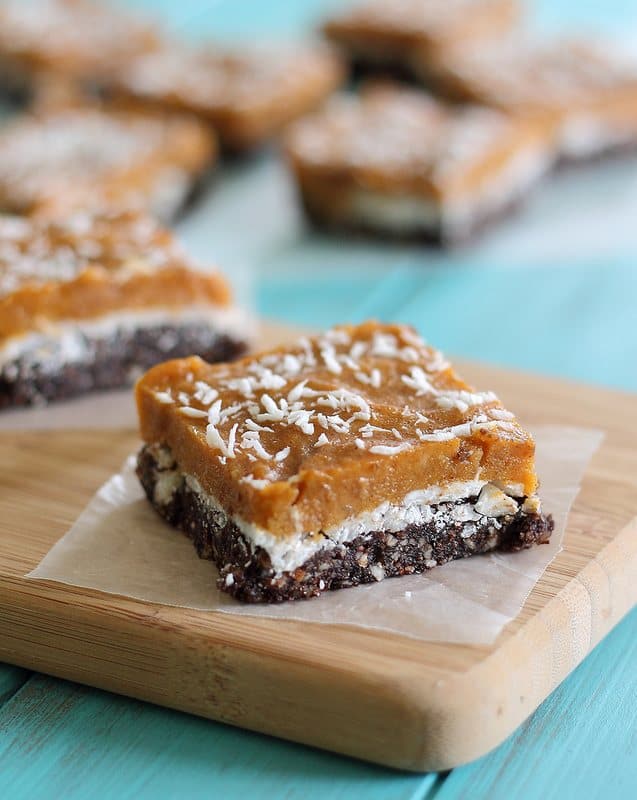 It’s not that I don’t like sharing (although, really…who does?) the stuff I make with Ulysses, it’s more that I know he couldn’t care less that these are a mix of a bunch of healthy (read: more expensive) ingredients, that they’re paleo or that they shouldn’t be scarfed down in 2 bites.

If he were around during the week, 8 or 9pm would roll around, he’d be making himself some tea and start opening pantry doors, fridge doors and freezer doors to find something to eat for dessert.

He’d come to these and likely eat one, standing up in the middle of the kitchen and be done before I could even tell him what they were.

I’ll draw the process out to at least 15 bites to make the whole dessert experience last as long as possible, he’ll demolish it in .5 seconds with absolutely no care to what he just ate.

A Twinkie or some other store bought hfcs laden gem would garner the same respect (as in, none) as these whole food, expensive, put together layer by layer with love coconut pumpkin bars do to him.

So for now, I’m enjoying the perks of single status. 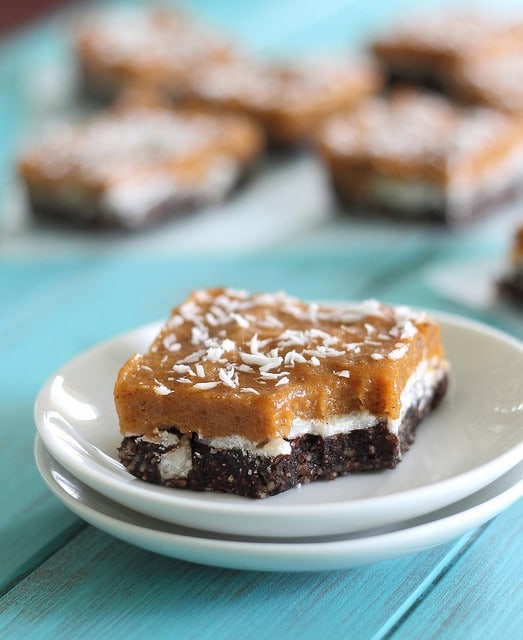 At least until garbage day on Thursday when I have to drag those damn cans up our ridiculously long, steep driveway myself.

More recipes like these chocolate coconut pumpkin bars to enjoy this fall:

These bars look delish and I love that they are paleo!

These bars look so delicious…I want to make them and hide them!

My husband does the same thing but it's ok with me because I want him healthy! However, I do have a couple hiding spots so I can enjoy them throughout the week.

what size pan are they baked in?

They're "no-bake" as the title denotes. You can use an 8x8 or 9x13 to assemble though, either will work.