This ginger blood orange smoothie is half soda, half smoothie and completely delicious! It’s bubbly and refreshing and perfect for winter. 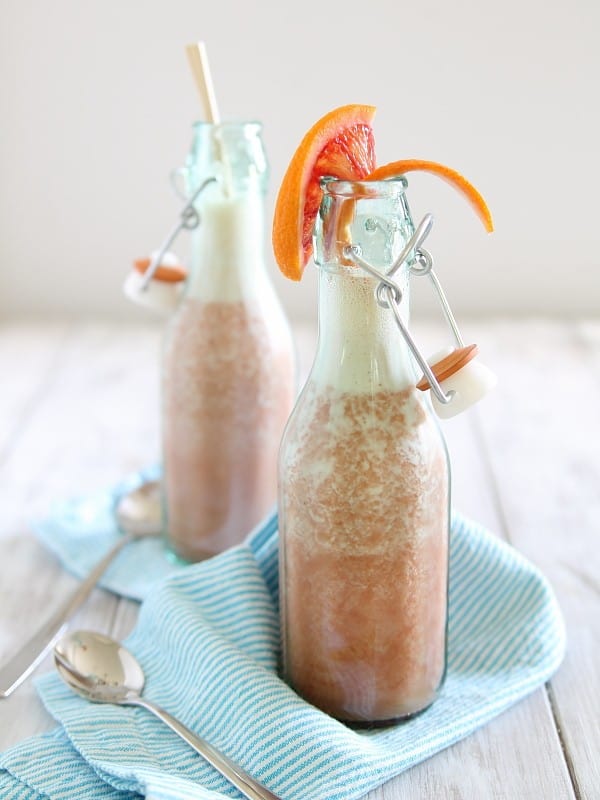 We’re interrupting doughnut week for a quick health break. I don’t know about you, but after the donut massacre that went down in my house yesterday, I could use a healthy smoothie.

It’s blood orange season and while I really don’t think they taste that dramatically different from a regular navel orange, their color is so striking that it somehow seduces me into spending triple what a normal orange costs as I load them in my cart every year.

I bought this amazing ginger brew a few weeks ago at Trader Joe’s and fell absolutely in love with the stuff.

It’s spicy, strong and like the badass cousin of the ginger ale in the soda aisle. I mixed it with some orange juice one night (an old childhood favorite)  and have been drinking some variation of that every day since. 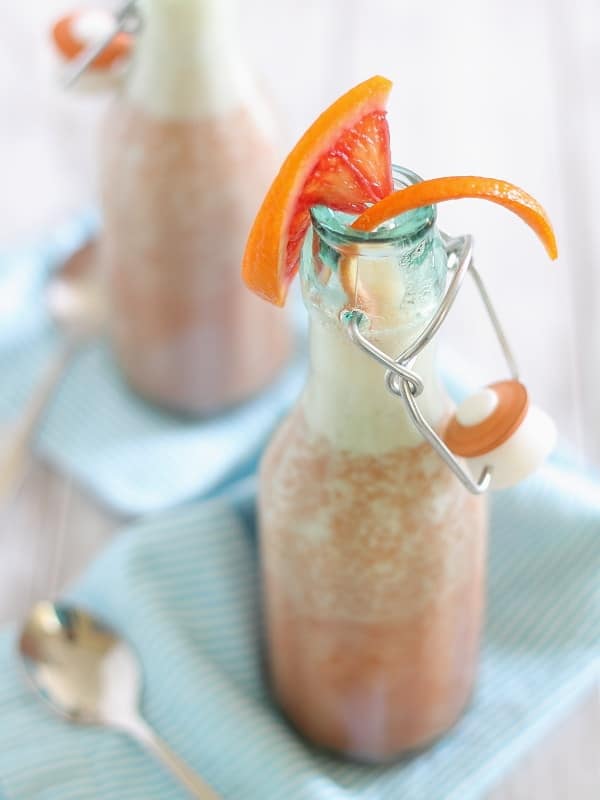 Yesterday it was with blood orange juice, a little banana and ice.

What resulted was this blood orange smoothie that’s really half soda, half smoothie and full on deliciousness that got sucked down in about 5 seconds flat between donut taste testing.

There are so many things I could complain about during winter, this isn’t one of them.

Back to donuts tomorrow! And I don’t think I’ve ever been so excited to share a recipe with you before so don’t miss it. Sneak peek here!

20 Brightly-Hued Ways To Eat Blood Oranges | The Usual Sources – Where You Are The Source.