This post seems like a million years ago. Reality? It’s barely been 2 months. But so much seems to have happened since then.

If I had to summarize the past 2 months of crossfit, it’d be this: learning to capitalize on failure. 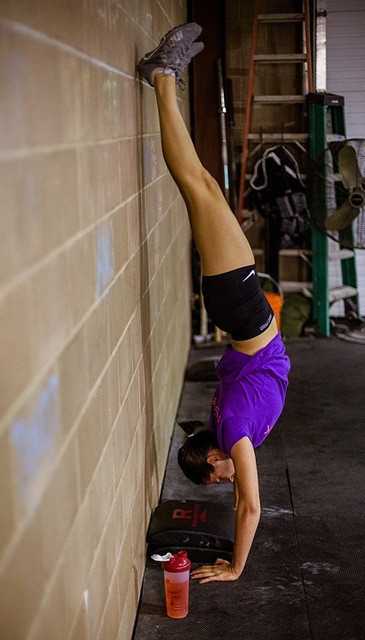 Failure’s a funny thing though. If you don’t “achieve” it, you haven’t pushed yourself hard enough. When you do hit it though, you want to sucker punch it in the face.

Previously, failure and I weren’t on the best of terms. I’d try to avoid it at all costs whether it was at the age of 14 months and not walking until I could do it without falling, at the age of 18 and spending the entire 12 hour bus ride home from a soccer tournament in Virginia studying for some dumb AP bio test the next day while everyone else had fun or, at 24 staying up all night going over slides for the first board of trustees presentation I ever gave for work. I’d kick failure’s ass every time with enough prep work, come out the winner and never really have to deal with it’s repercussions.

Until I started this crossfit thing. 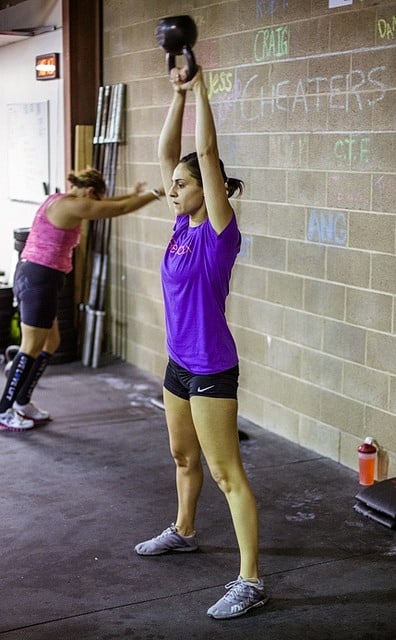 Let’s just say that when you’re among a group (of awesome) people and you’re stuck at 65 pounds above your head in a push press while they’re all doing an average of 25 more than that with ease, failure comes off as one hell of a bitch. At least that’s what I thought on July 31st when that actually happened. Or, on August 21st with hang cleans when I couldn’t even get under a bar that most were using as their first set weight. I’d leave frustrated, annoyed and all “woe is me”. Gross, I hate that.

But then little by little, I started seeing some gains. Whether it was getting double unders even if they were interspersed with 2 singles, being able to balance myself for a few seconds in a handstand off the wall or, just decreasing the band size on pull-ups. Small stuff that made me want to keep at it. And somewhere in the past few weeks I realized I had this failure thing all backwards. Feeling frustrated and annoyed wasn’t going to get me anywhere. A positive attitude, continued work and a plan might.

Somehow the mental switch seems to have been all I needed because in the past 2 weeks alone, I got unassisted pull-ups down, strung together 15 double unders and just last night PR’ed my push press by 15 pounds in 2.5 months. Does it irk me to see that small little “f” next to my last set when I could only get 1 rep at 83 pounds and not 3? Y-E-S. Like, a lot. I want to take the marker that writes it and throw it out of the gym most times. Hearing my coach in the background sigh when I couldn’t do it doesn’t help either (I’m kidding, Dave). But instead of looking at it as failing at 83 pounds, I’m looking at it as PRing by 15 and thinking about what the heck I can do to work on my scrawny ass arms because they’re definitely my biggest weakness. Thanks for those, dad. 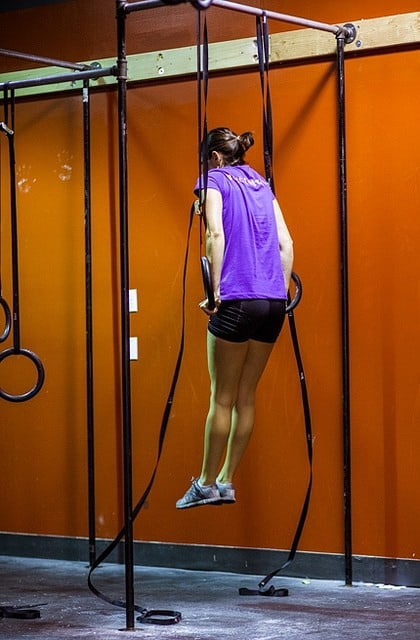 I’ve had some goals in my head for awhile now that I just didn’t want to put on paper in case I failed and then had to actually acknowledge that failure. Well how freakin dumb is that? They’re written down now and even instagrammed for the world (or 1000 or so followers) to see. I fully expect some failures along the way to hitting them but instead of looking at that as a bad thing, I’ll be choosing to use them as motivation to kick some ass next time.

LOVEDDDDD this post! thanks for reminding me that we need to focus on ourselves instead of what everyone else is doing! i just started crossfit and i've got the bug and i'm afraid of failure or not keeping up but this is a great reminder that it's supposed to be FUN!

[...] Since I’m not 100% at the butterfly yet, I reverted to kipping pullups. You know, the ones I just wrote about finally getting. Except I got to the bar and couldn’t, for the life of me, string any together. [...]

I'm feeling the EXACT same way in my box. Thanks for sharing :)

you look sick...like awesome sick not like pukey sick. I'm super jealous. The whole thing looks so energizing and fun and awesome and like it pushes you to the edge. Maybe once I'm done with my newest adventure I can try this.

I miss my x-circuiting - like crossfit, just toned down enough that my broken back could get through it without recrippling myself and still see killer results. You have put it all into perspective again and that I really need to get back on the horse - or circuit as it were. Thanks for rocking on and inspiring the heck out of me once again. (No ass kissing, genuine rocking of my socks. Thanks G.)