This broccoli shrimp fried rice is a paleo take on the classic Chinese favorite. Made with shrimp it’s a protein packed, healthier option than takeout.

The minute I started telling people I joined CrossFit last week, the same question came out of almost all of their mouths: Are you going to do the paleo thing too? Or some variation thereof. 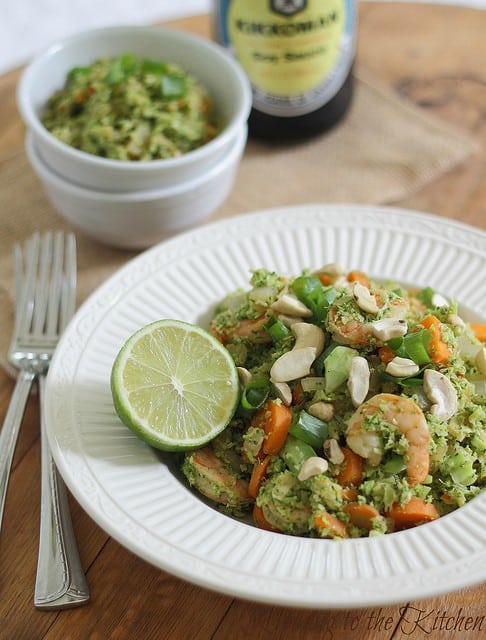 The short answer? No. 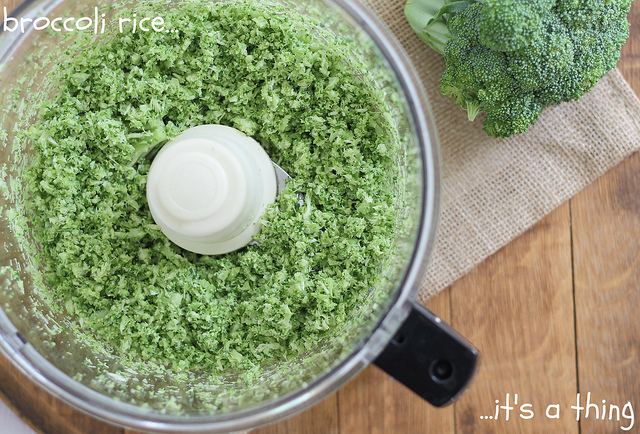 The longer answer? I don’t really “do” anything when it comes to diets. I

don’t like strict rules about what I can and can’t do. Mostly because I’m stubborn as hell and will purposely rebel against rules when given the chance.

And although I I kind of knocked it in this almond coconut banana bread post (it was a joke, people…a lot of commenters didn’t seem to grasp the sarcasm in there), I tend to eat paleo friendly 85% of the time anyway.

Not because someone is telling me to and I’m adopting what lots refer to as the “cult” mentality of CrossFit, but because when I put whole foods in my body, it performs better.

It’s as simple as that. Put shit gas in your car and don’t be surprised when it drives like shit. Same goes for food and our bodies.

CrossFit has certainly given me a kick in the ass to clean up my diet that extra 5-10% that was going towards unnecessary treats over the past few weeks (hello, summer ice cream) but it’s not because someone is telling me to do it, it’s because if I’m putting all this effort into a workout, I want to make sure that something as simple as diet doesn’t sabotage it.

Please note however, exceptions will be made for Italian gelato next month. 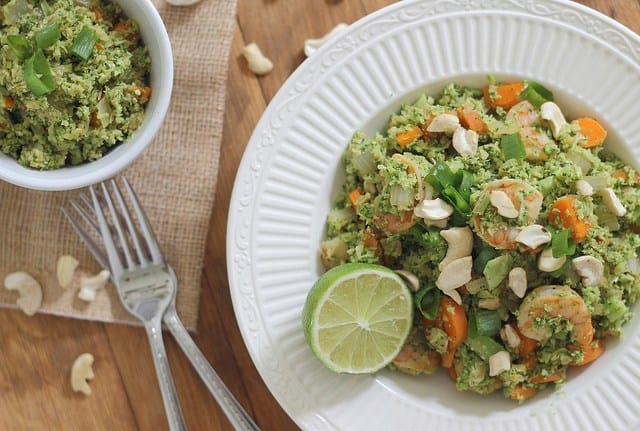 This fried “rice” was the result of an over zealous broccoli purchase and a craving for Chinese.

Not an attempt to specifically fit into the paleo mold. Bonus points that it does.

Raw broccoli is an acquired taste. I

t’s the one vegetable I avoid in raw veggie platters because not even the ranch dressing dip in the middle can doctor it up enough for me.

Chop it up real fine in the food processor and toss it with a ginger soy sauce though and it transforms in literally 2 minutes. 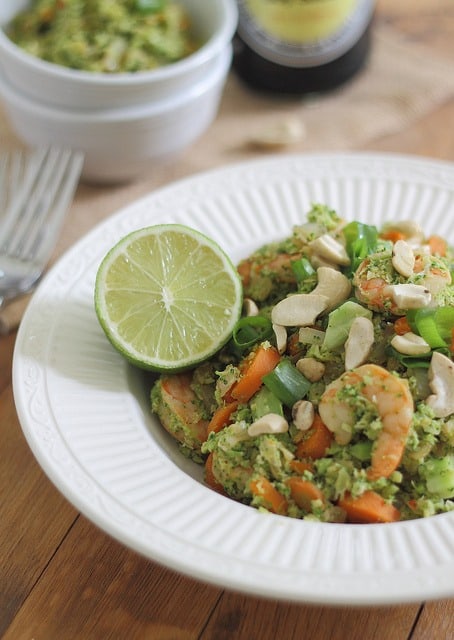 Quicker than rice and better for you.

Maybe it’ll even help me survive my first run in with Fran (<—insane) tonight.

Tried this today and it is def a keeper. Great recipe Gina!

Thank you! Thank you! Thank you for this recipe. I have been looking EVERYWHERE for a broccoli fried rice but every recipe I found was either regular rice with broccoli in the stir fry or cauliflower in place of the real rice. I had already thought broccoli is similar in nature to cauliflower (which I can't stomach) and wondered if anyone had tested this out. So very pleased to find this recipe, glad to hear it works and cannot wait to try it out!

I just made this and it is truly a guilt free meal. I added about half a cup of red bell pepper to the onions and carrots. I love to cook and this will definitely be made about twice a month. Will try with skinless chicken thighs one day. Thanks!

[...] so in full disclosure, I read the recipe title on Running to the Kitchen, saw that it said fried rice, and printed it to make.  I went to make this recipe, and realized it [...]

WIAW: Your Food | A Dash Of Meg