This chocolate gingerbread ice cream is creamy with a kick of spice and plenty of chocolate chunks to keep the chocolate lovers happy.

Some people are serious ice cream lovers. My brother and sister in law practically live off the stuff and my husband would pass up any dessert unless it’s ice cream (or apple pie). I like ice cream, but it’s definitely not one of those things I’d be bringing on the deserted island if I had to pick.

Any upstate NY’ers will know what Stewarts is, but for the rest of you, it’s basically a gas station/convenience store that has some pretty epic ice cream combinations of which there is consistently a pint of in my freezer once fall hits and their pumpkin and apple pie flavors come back out. 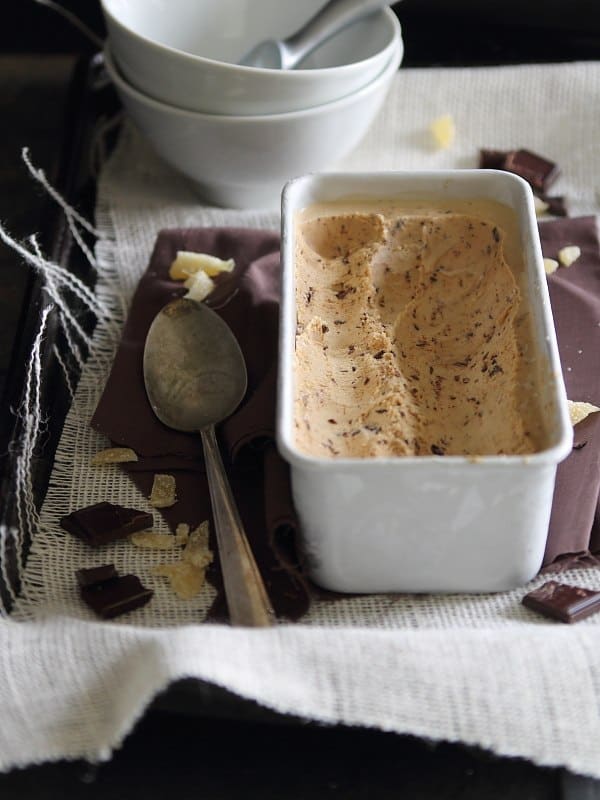 Besides the occasional spoonful from Ulysses’ bowl, I haven’t had a serving all fall. But the rate at which my husband eats this high fructose corn syrup laden ice cream finally got to me and I decided to make my own epic seasonal flavor concoction.

If he’s going to eat that much of it, at least let it be the good stuff. 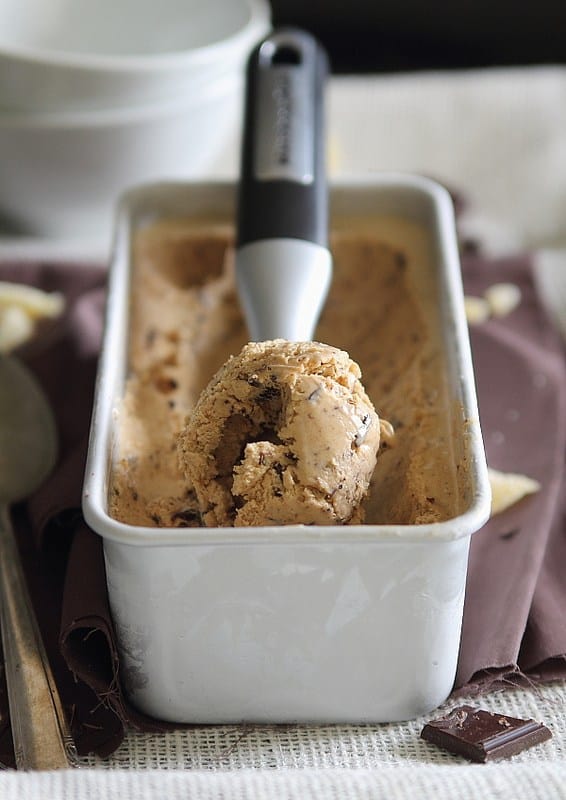 So I spent the hour making the custard base for this (because let’s be real, ice cream really isn’t worth eating unless it’s a custard base), chilled it overnight in the fridge and the next morning, got the freezer bowl for my Kitchen Aid mixer out and in place and then attempted to get the little plastic piece to actually “churn” the ice cream onto the driver shaft.

And tried some more.

And started getting really annoyed and shoving the thing as hard as I could onto the driver (because obviously brute force would fix it).

And then after a good 10 minutes of curses, shoving and sore fingers started questioning that the mixer I won back in May might not actually be compatible with the ice cream attachment I had for my old tilt-head model. A quick google search told me I was right.

When I won this mixer, I purposely checked the manual of the ice cream attachment to see if it would still work, it said it did. Until I noticed the fine print last week which pretty much says except for model “KSM….” which is exactly the one I have. A call to Kitchen Aid and $18 later, the two correct plastic parts are on their way…in 10-14 business days. There was no way I was wasting 5 organic egg yolks worth of ice cream custard though.

Obviously, I hauled ass across town and borrowed Brandy’s mixer because what else are food blogger friends for? 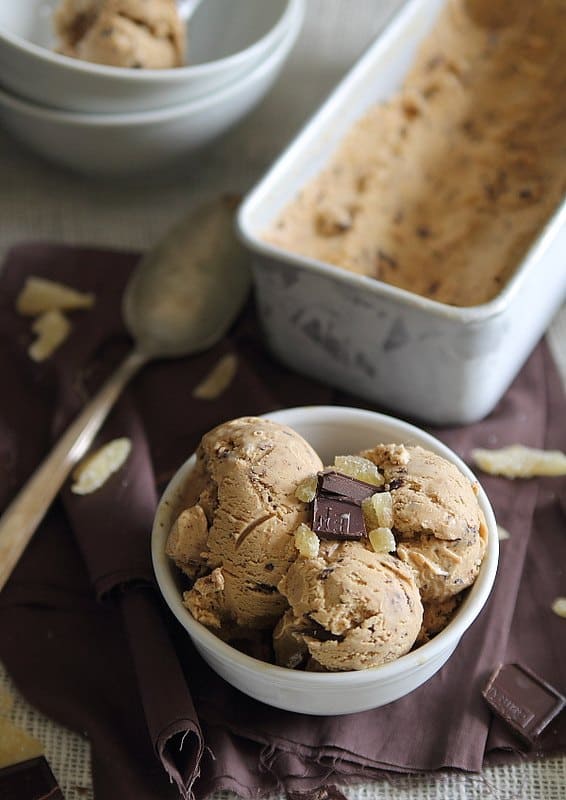 So while driving the 2 minutes to Stewart’s would’ve been a hell of a lot easier than the whole process of making this chocolate gingerbread ice cream, it was still worth every minute.

It’s super creamy, perfectly gingery with a few kicks of spice here and there from the candied ginger and just enough chocolate to balance it out.

This time around, I’m definitely getting my own bowl. 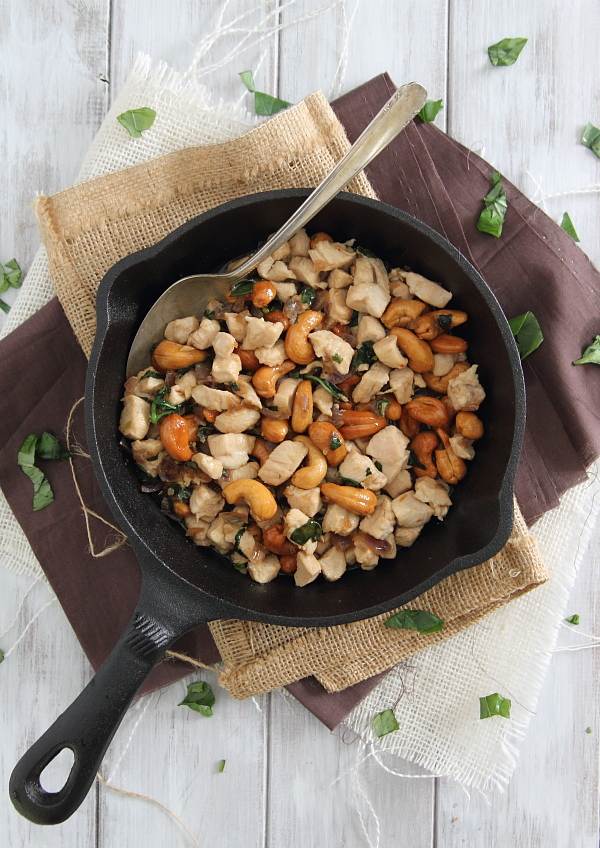 How much cinnamon? I see it in the instructions but not in the ingredients list.

1 teaspoon. Thanks for pointing that out, the recipe has been updated.

This looks absolutely amazing! I can see myself enjoying gingerbread ice cream...it's going on the "make this now" list!

I'm not a huge ice cream eater, but his looks too good to pass up

oh my gawd, I love this ice cream!!

Amazing! My husband is an ice cream addict too so I try to make sure to keep some homemade in the freezer for him. And so unfair that you get to live that close to a food blog friend!! I want one :)