Ok, so let’s talk about Panera. And if you’re in the maybe 1% of people who haven’t been there, I apologize. I have a love hate relationship with them. Hate that those delicious pastries tempt me from the second I get in line, ab-so-freaking-lute-ly love their creamy tomato soup. Love it. As in want to start a petition on increasing the size of their soup bowls for just that soup alone. Last year I even made my own at home version which is pretty darn kick-ass if I do say so myself. 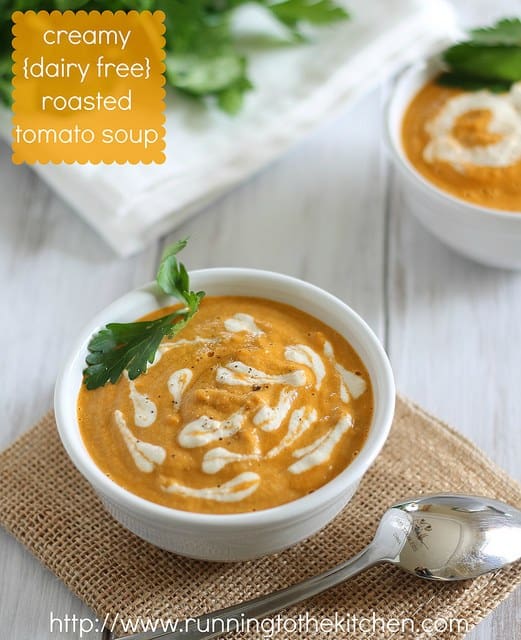 Fast forward a year later though and my eating habits have changed slightly. As in, that parmesan cheese, brown sugar and heavy cream that went in my first version aren’t things I’m stocking in my house anymore (ok, I do still have some brown sugar in the pantry for cookie emergencies). But not eating creamy tomato soup all winter just isn’t an option. The creaminess is by far the best part of their soup so I knew I wanted to mimic that somehow rather than come up with some pathetic paleo brothy cousin in this newer version. 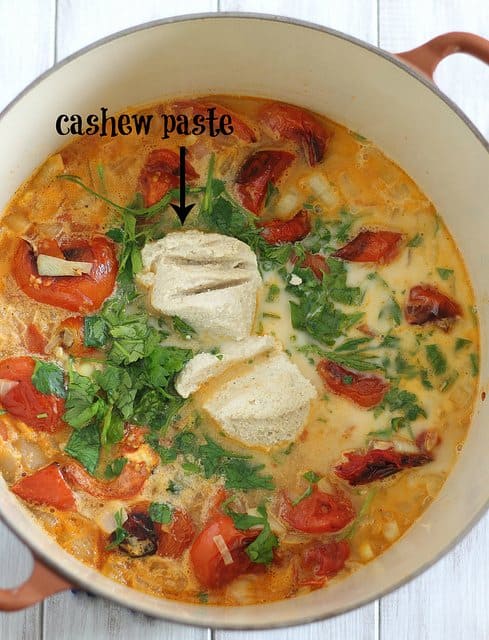 I’m going to go with the fact that luck must’ve just been on my side the afternoon this was made because, guys, this tastes even more like Panera’s tomato soup than the first one. And, there’s no dairy. It’s like the vegan/paleo gods aligned and gave me this one moment in time (cue the Whitney lyrics). 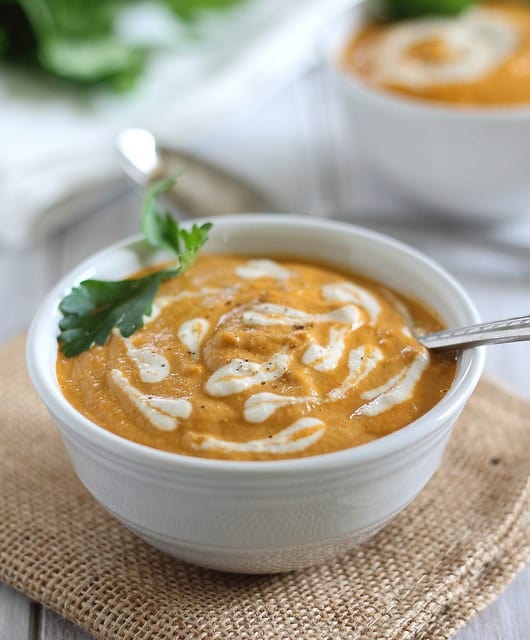 This post is part of the DailyBuzz Food Tastemaker’s program. I received a stipend to taste Panera’s soups and create an original recipe. Opinions and content are my own. 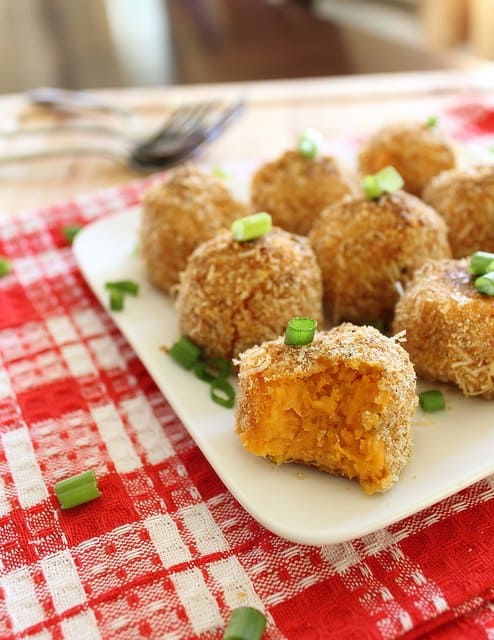 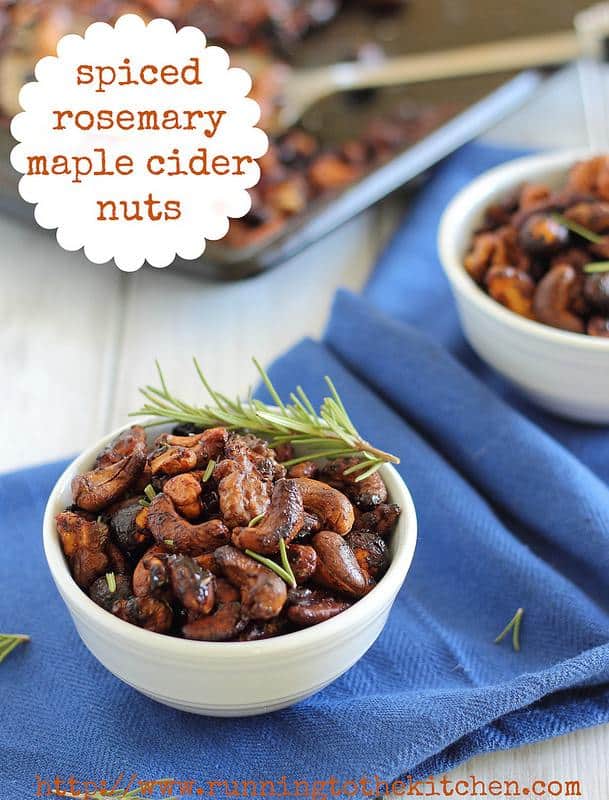 Oh-and chicken broth?!? Almost missed that one. Come on, lady!

Agreed with Alice. While Paleo gods would not mind, the vegan gods certainly would not be smiling upon you by including that TBSP of butter. Why not make it coconut oil (which is my new FAV addition to EVERYTHING!) it's just like butter, but way better for you IMHO.

This soup looks seriously delicious! I will definitely have to give it a try :).

As somebody who is allergic to dairy products, I beg you never to post a recipe that is called "dairy free" that calls for a tablespoon of butter. Would you please post corrected version of the recipe (make that another tablespoon of olive oil?) and feel at that point to delete my comment?

Otherwise this recipe looks swell, thanks.