This egg scramble is made with sofrito, a classic Spanish sauce cooked in oil that brings a ton of flavor and spice to this breakfast. 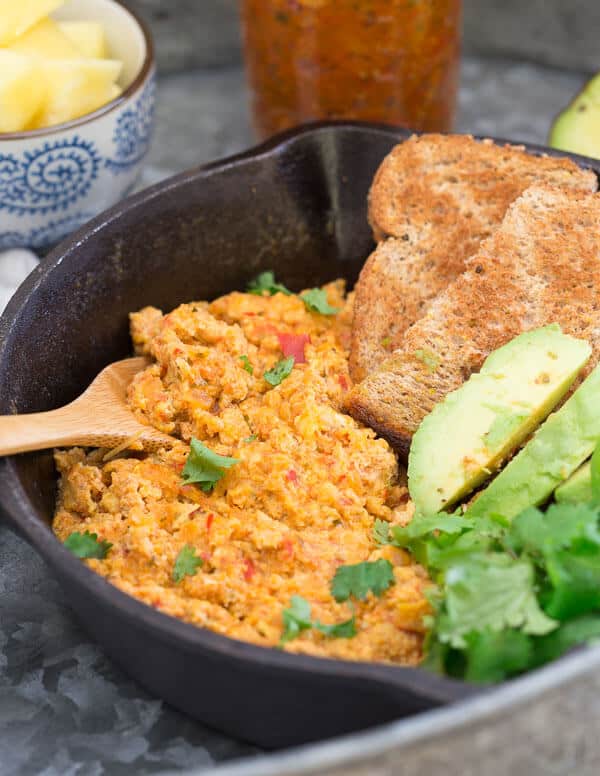 In exactly 10 days I’m going to the Dominican Republic for an adventure travel press trip put on by the tourism board.

Put another way, in exactly 10 days I’ll be spending the entire day in a bathing suit.

So, guess who has been putting the waffles, pancakes and french toast aside for a bit?

Before you think this is just a glorified scrambled egg post, let’s talk about sofrito. As much as Chipotle would like you to think it’s tofu, it’s not, people.

Sofrito is a classic Spanish sauce that gets cooked in hot oil until it’s a savory flavorful base you can use for pretty much a million different dishes. 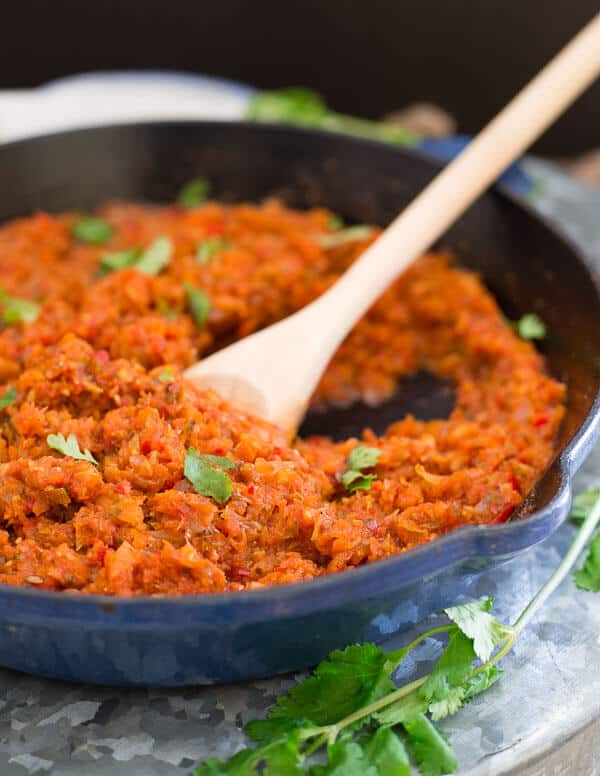 Today, we’re scrambling it with eggs but it can be added to meat, chicken, tofu, pasta even. You name it, sofrito can most likely be added to it for a punch of flavor and spice.

This recipe makes a lot of sofrito.

More than you’re going to need for the breakfast scramble.

That’s kind of on purpose (because leftovers are never bad, especially when we’re talking about something as versatile as sofrito) and kind of because I can’t stand using half of a vegetable or can of something only for the other half to mold away in my fridge in a week or two. 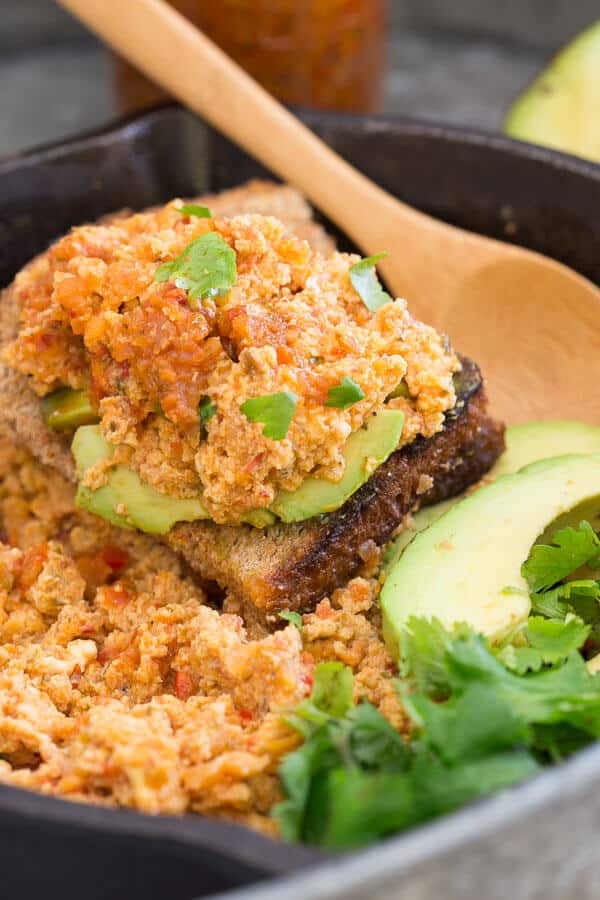 A simple egg scramble gets mixed with sofrito and the result is a ridiculously flavorful breakfast with a kick of spice perfect for slathering on some toast with a side of avocado.

Particularly, when you’re trying to be bathing suit ready in 10 days.

For the egg scramble

[…] a great place to use up leftover vegetables from dinner or any greens you have in the fridge. This sofrito egg scramble is packed with vegetables in one heck of a tasty way but this breakfast option hardly needs a […]

I'm a big egg eater, so I love finding new, exciting ways to make them -- especially when there's this much flavor involved. Looks perfect.

I've never tried sofrito before, but if it involves scrambled eggs I will have to rectify this!

I had no idea that's actually what sofrito is -- good to know! And now I'll take a whole skillet of this scramble for myself, kthanksbye.

I have never had sofrito - that I know of, but you make it look so good that I must try it soon! Thanks very much for submitting to YG and as one of the new co-owners, I hope you will continue to submit. Have great fun in the Dominican Republic!