These jalapeno cilantro hash stuffed portobellos are deliciously salty from the bacon with a kick of spice and topped off with a poached runny egg.

I’m having a love affair lately with pickled jalapenos. If you haven’t noticed, they’ve been in like 3 of the past 5 recipes. It’s the vinegary pickled-ness + spice…just omg, so amazing. Plus, when you touch your eyes after handling pickled jalpenos, they don’t turn to fireballs in your head like when you do with fresh ones. And, um, I somehow do that every.single.time I cut a jalapeno.

I was walking the aisles of Trader Joe’s last night and was literally floored at the amount of gluten free options in the frozen breakfast foods section.

I mean, there was practically everything you could eat for breakfast in a gluten free version from waffles to pancakes to hash browns to burritos. And while I think it’s awesome there are that many options today for people that need to eat gluten free, I also kind of hate that it just promotes the “easy way out” of grabbing pre-made food.

Bringing me to the most basic of things when we talking about gluten free living: EAT REAL FOOD. 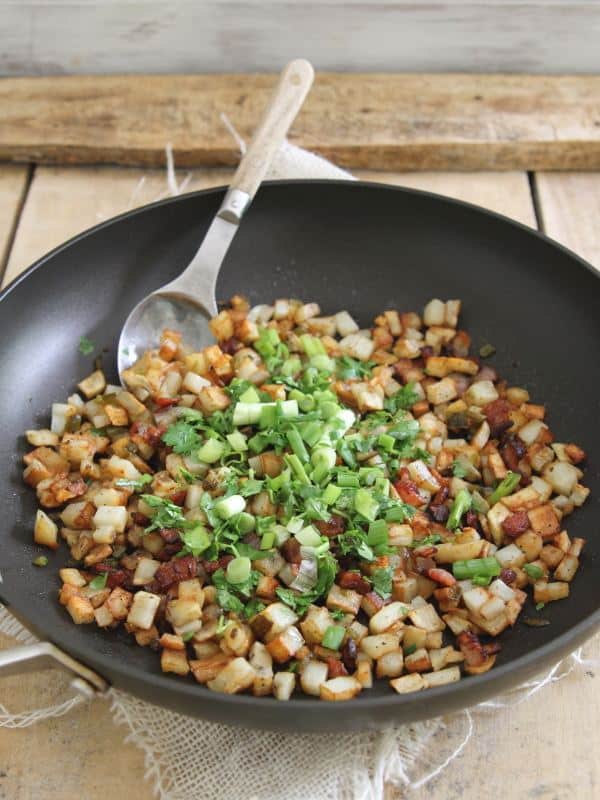 If I had a tagline for this site, that would be it or, one of them. I don’t have one because I can’t actually decide on the many forcefully tough love kind of statements about good/real food I like.

But seriously, I’ve been in so many conversations whether online during twitter parties or casually in real life conversations with people that have a much lower food understanding (and I mean that at face value not in a mean or cocky kind of way) about the topic of “gluten free” and one of the questions that ALWAYS comes up is “what are good gluten free replacements for xyz?”

And I get it, sometimes you just want that exact same thing in gluten free form whether it be a waffle or bread or bagel or cracker (and yay for living in a time where there are plenty of options) but, I think so many people think of what they can’t have or how to replace whatever that is with something else rather than thinking of what they can have, real food. 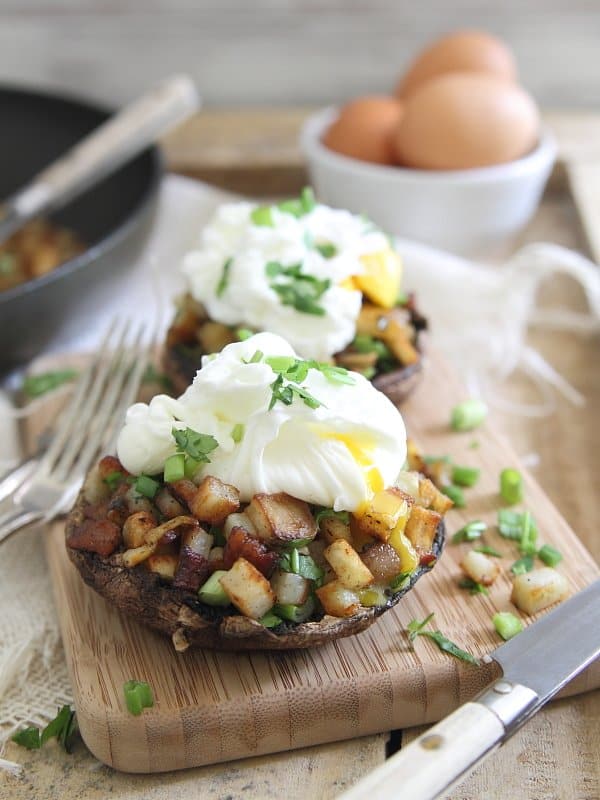 There are still entire food groups intact that are gluten free. Vegetables, meats (bacon!), dairy, nuts…so chill with the gluten free label a bit and rethink the possibilities. Being gluten free doesn’t have to always mean eating something stamped with the label “gf” on the outside of the packaging.

Does a pancake breakfast really sound as good as these spicy jalapeno cilantro hash stuffed portobellos?

Because they happen to be gluten free too and they didn’t come from a gluten free labeled box.

This is a sponsored conversation written by me on behalf of Udi’s Gluten Free. The opinions and text are all mine.
Click here to cancel reply.

[…] traditional potato route with this quick sweet potato hash, the stuffed vegetable route with these jalapeno cilantro hash stuffed portobellos or the unconventional (and my personal favorite) route with these southwestern hash brown waffles, […]

made this for a brunch party today. What a hit!!!! Delicious. It was a little time-consuming as I made 12 poached eggs and a triple batch of hash and mushrooms, but I followed the recipe and it worked very well! That's high praise from me because I'm always tinkering. Well done! PS, Was perfect for the GF/DF folks, too!

This looks seriously fantastic. Also, I just noticed you'll be at BHP! Looking forward to finally meeting you :)

Thanks, Jen. Looking forward to meeting you too! Really excited for BHP, I had a ticket last year that I had to sell at the last minute b/c of a conflict so I'm glad I can make it work this year!

I love everything about this! Matt wouldnt touch them with a 10 foot pole because he hates cilantro, but hey, more for me right?!