These hummus waffles are filled with sweet Italian sausage, sun-dried tomatoes and basil. Dip them in hummus for a savory bite or serve with a fried egg on top as a meal!

I have never understood the spider fear which seems to plague 99.9% of women. It’s basically a bug that’s like 1/100th the size of us with a few extra legs which for the most part, doesn’t even do anything to us and yet those with two X chromosomes seem to freak.the.eff.out. in its presence. 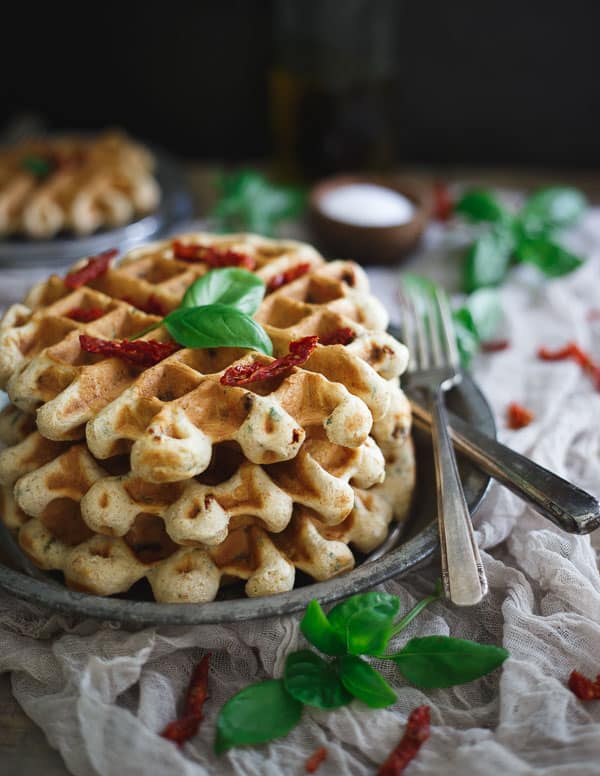 I just don’t get it. In this house, I’m the spider killer. Ulysses can be lumped in with the girls for this one because he’s basically just as bad. The other day there was a HUGE one in our garage, I saw it as I was putting my shoes on, ran inside to get him because it was pretty impressive and he refused to even come and look at it out of fear.

Want to know what does freak me out a bit though?

Particularly ones that surprisingly slither around the pot of basil you’re about 2 inches from cutting off leaves to use in savory hummus waffles. Also known as ones that make you jump so high the scissors in your hand go flying off the deck and your scream freaks the dog out so much she falls down the stairs she was precariously perched on basking in the sun. 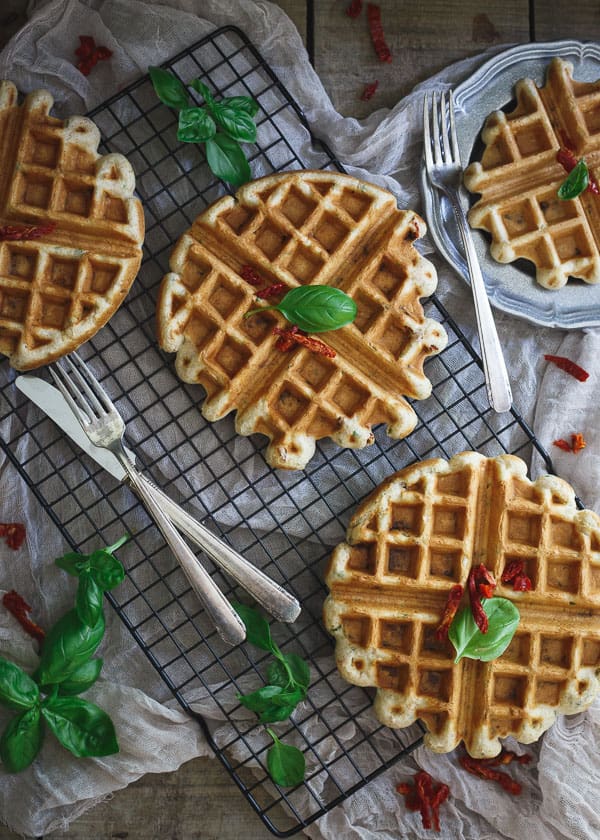 So yeah, that happened. Eight legs don’t freak me out, but zero legs and the ability to slither…shivers.

Snakes and spiders aside though, I got to visit the Sabra hummus factory in Richmond, Virginia a couple weeks ago. To say it was a blast would be an understatement. From a dinner that had menu items marked with paleo options to start (clutch while in the middle of a paleo challenge) to an entire day filled with every single hummus flavor they make to white water rafting before the flight home, I kind of never wanted to leave.

The day at the factory included taste testing all the hummus, getting to create our own new hummus flavor with almost every topping, spice and oil you can imagine at our disposal and a factory tour. I went the pickled route putting everything pickled and preserved there was on top of the classic hummus with some lemon oil to finish. It didn’t win the contest but I’d eat it all day everyday. We learned about the fun pop-up restaurant Sabra opened a few months back in D.C. all about hummus and even got to watch chef Pete Taylor make one of the most popular items on the menu called “East Meets West”. All three flavors were out of this world. If I had to pick a favorite though, the preserved lemon one won me over.

The highlight of the day though was tasting the two new flavors coming out: Rosemary with Sea Salt and Caramelized Onion. I was SO psyched to try the rosemary one but actually ended up liking the caramelized onion one even more. Be on the lookout for both of these new flavors in the upcoming weeks! 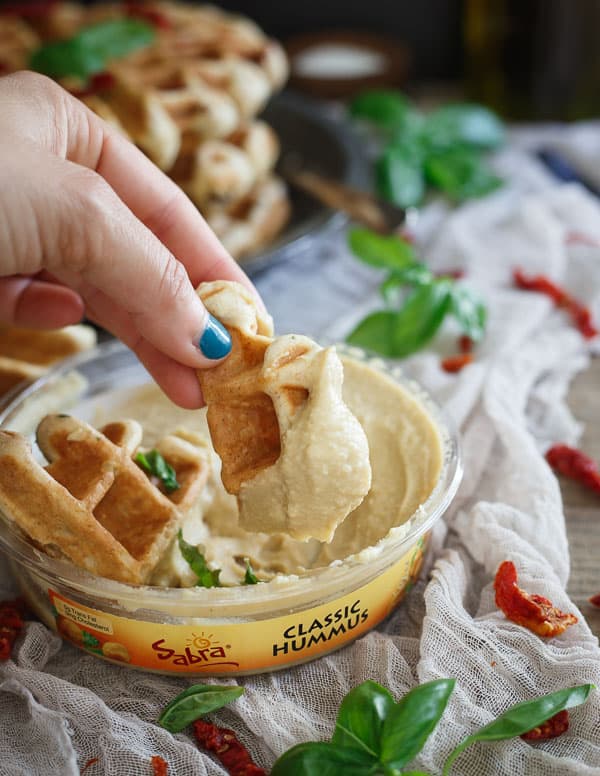 We also learned some really cool facts about Sabra I didn’t know before:

Want to know why people don’t want to eat hummus?

Besides dipping any and every vegetable you can think of, crackers and pita chips in it, spreading it on toast and using it in place of mayo for salads, you can make these savory hummus waffles. 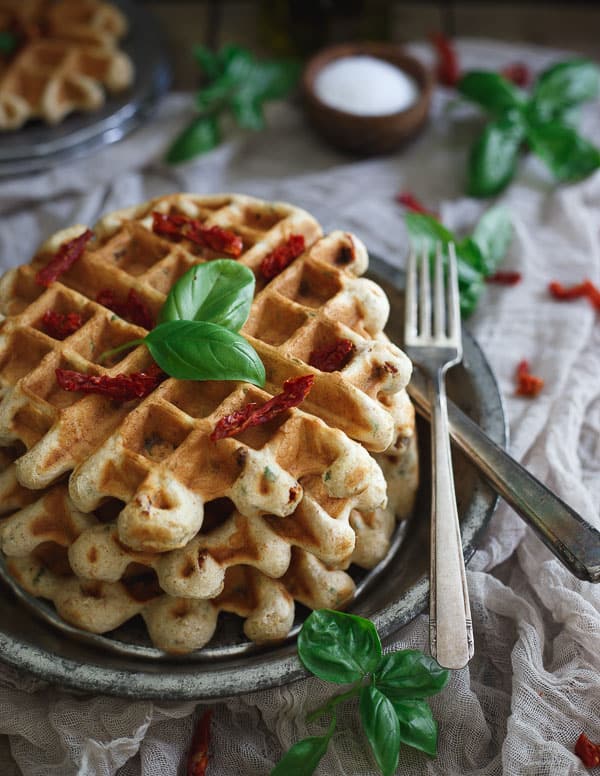 Sweet Italian sausage gets browned up, tossed with sun-dried tomatoes and basil in a basic waffle recipe with hummus in the batter in place of most of the oil for a creamy, healthier spin on a savory waffle. Categorizing these as one meal is pretty hard, they’d be perfect with a fried egg for breakfast, great broken up into appetizer size portions and dipped in even more hummus or a great dinner option when you want to go the savory brinner route.

Take your pick, but don’t even try to use the ‘no occasion to eat it” bs again.


*This post is sponsored by Sabra as part of my work with them as a Sabra Tastemaker. All content and opinions are my own. 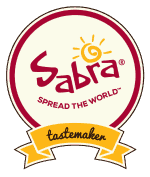 These waffles look absolutely delicious...with so many tasty possibilities. Adding hummus to waffles is such a genius idea.

For Sale By Owner

I've been meaning to try adding hummus/tahini to unconventional things. Love these savorywaffles!