This mushroom beet and blue cheese galette has a flaky and buttery gluten free exterior filled with deep savory flavors.

So I’ve made 3 galettes in the past 72 hours. They’re kinda just, um…amazing.

Sweet or savory, I’m not sure it matters because the best part by far is the crust.

1. It’s supposed to be rustic looking so all those perfectly rolled out, un-cracked, fork tine edged pies that are a royal pain in the ass to master, yeah, this ain’t it.

It’s just so freakin’ buttery and flaky, it just kind of crumbles and melts in your mouth at the same time. 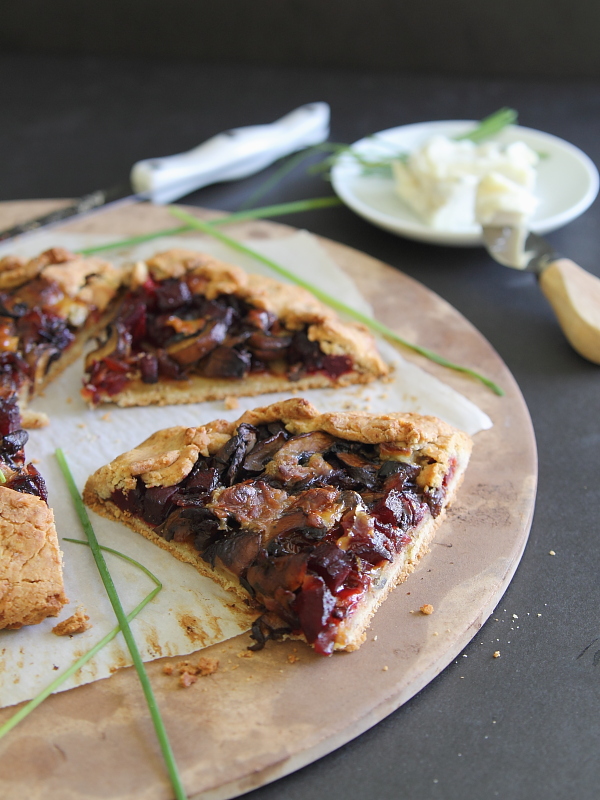 And while husbands will likely have no idea what “galettes” are and refer to them as “goulash” instead (no? Just mine?), they’ll also ask what else you can throw in the middle of these “things” so you can have it again.