An easy spiced rubbed pork tenderloin with cocoa topped with a berry mushroom sauce. As delicious as it is pretty.

Sometimes there are recipes that I put on here that I know are just going to be impossible to convey how amazingly delicious they are. Or, stuff you’ll look at and be like “that title is about 7 words too long, is she on crack? This must be way too hard to make. Moving on to the next post…” This recipe probably fits into both those buckets.

But too bad. I’m sharing it anyway. I won’t really attempt to try to explain how outrageous this tasted (but know that it did) and I won’t try to defend my obnoxiously long title (but seriously, which word would you cut out?! And, it’s not nearly as complicated as it sounds!) but I will tell you about the super creepster experience I had driving to work yesterday. It’s way more entertaining than listing every descriptor in the thesaurus for “delicious” anyway. 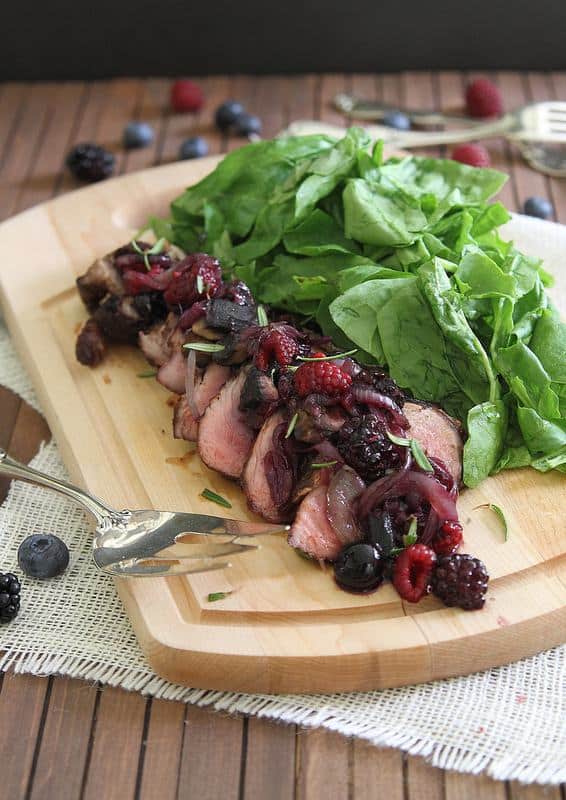 So there I am on I-95 in New Haven stuck in traffic (granted, that’s a given if you’ve ever traveled that stretch of highway, you’d know) during rush hour, being a typical girl, singing to whatever lame top 40 song is playing and being completely oblivious to those around me. I look over to see a nice Audi SUV along side of me with a guy in it legitimately staring me straight in the eyes. We make eye contact for a second in which I expect him to look away like a normal person that looks at the car next to you but quickly turns their head once eye contact is established, except that never happens. 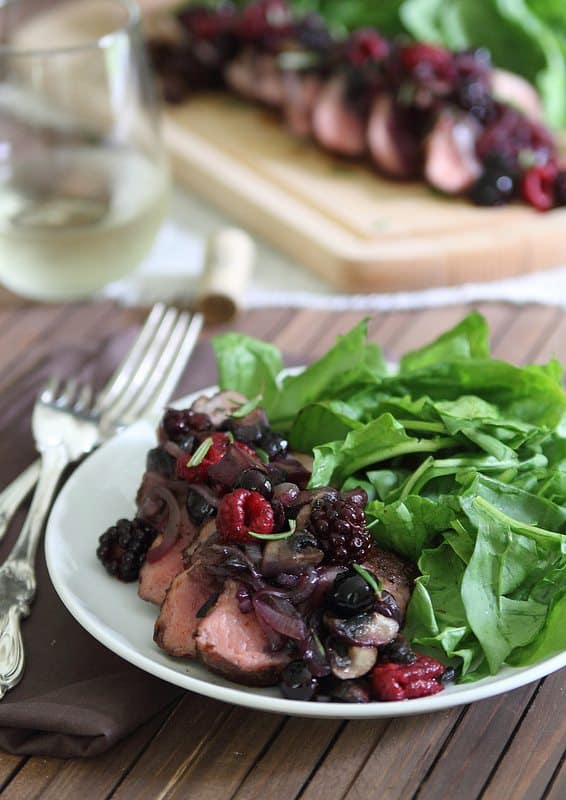 He is so intently staring at me that my train of thought goes to “ok, do I KNOW this person?” So then I stare back. I start to crack a smile thinking it’s a coworker in a different car than normal or something because he did sort of look like one of my coworkers but then I see a wedding ring on his finger and that coworker isn’t married. So now I’m freaked and my half smile acknowledgement turns to a “WTF is wrong with you look?” But that half smile was all he needed. He then starts smiling directly at me and picks up his phone to show me through the window. He points to it and starts giving me his number through hand signals as if I should be typing them into my phone to call him. At this point I just bust out laughing and try my best to look straight ahead pretending like this isn’t actually happening to me. Out of the hundreds/thousands! of cars on this highway, why me? Like is this for real? Does a grown married man (who is flashing his wedding ring at me through the window) seriously think he can pick up women like this?

Is this real life? 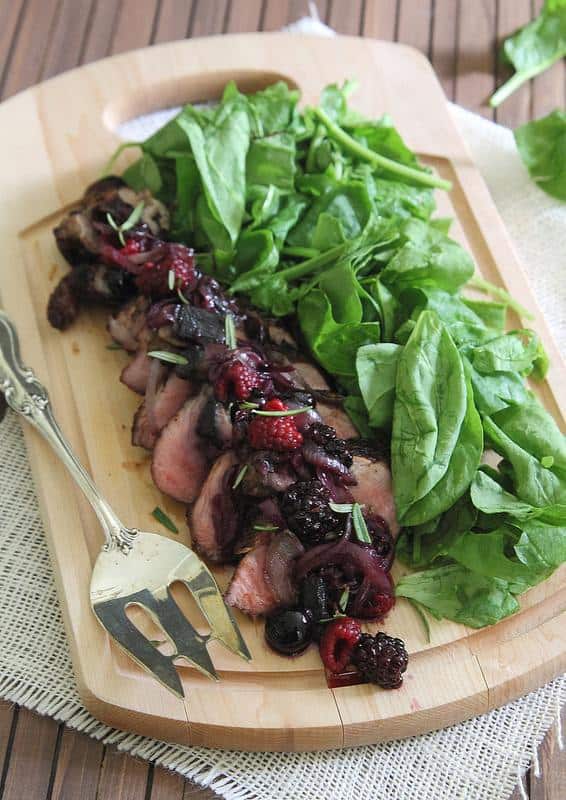 I had about 10 miles to go until my work parking lot, 9.5 of which he followed directly behind me occasionally waving when I’d look up in my rear view mirror. I was convinced he was going to pull up next to me at work when thankfully, he turned the opposite way off the exit ramp.

Or, maybe his wife just doesn’t make him kick-ass cocoa rubbed pork tenderloin and he was looking for someone that could.

(because I don’t want to deal with the sexism comments that will likely roll in after that sentence, one word:  sarcasm.)

For the Pork Tenderloin:

For the Crimini Berry Sauce:

For the Pork Tenderloin:

For the Crimini Berry Sauce: 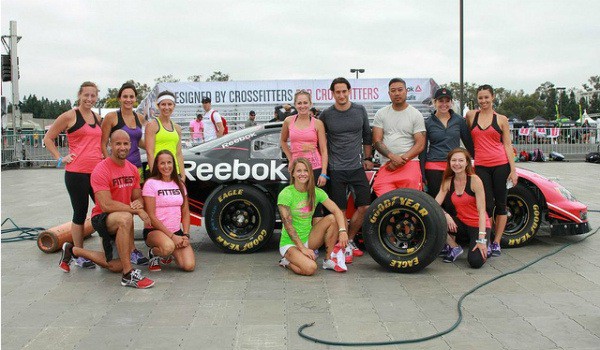 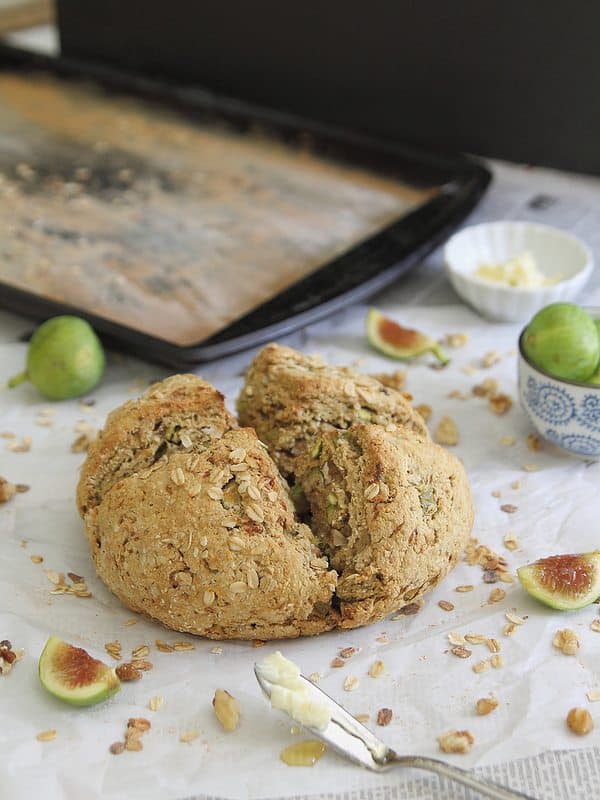 This looks amazing! How would I cook this in the oven (time & temp) & do you think I could put the spice rub on the pork tenderloin and refrigerate overnight or would the flavors be too strong ?

Thank you in advance - I can't wait to try this!

You can definitely put the spice rub on the night before and refrigerate. If you want to make it in the oven I would suggest a quick brown on all sides in a skillet on the stove top first then transfer to the oven. Use a meat thermometer and cook until internal temp is 145F degrees. I'd probably cook it at 350F.

[…] Cocoa Spiced Pork Tenderloin with Cremini Berry Sauce, from Running to the Kitchen […]

How do you think this would be without the sauce? Still pretty tasty?

Yeah, the spice rub itself it definitely tasty. I just prefer pork with some sort of sauce/liquid but if that's not your thing, go for it!

That dude was both creepy and stupid. Isn't it bad enough that you have to drive on I-95? I did that in Virginia, and hated getting on that highway. I was entertained by your story, but have been in similarly creepy situations myself, so I really feel for you, having to deal with that.

Seriously, the recipe sounds wonderful, and the title is just fine. With a good, descriptive title, we don't have to spend a lot of time perusing the list of ingredients to find out what the recipe is about.