I’m slightly obsessed with this month’s WIAW theme…fun, food & FITNESS! Fitness is a huge part of my life even though it hasn’t been getting documented on here as much lately. My running has waned (like A LOT) since my previous two half marathons so I don’t have much to talk about in terms of training for anything. However, I’ve been bouncing around from programs like BodyRock to Livefit to what’s now become a combination of both + random workouts some of my fellow Fitfluential-ers (have I ever mentioned I’m an ambassador?) post on a daily basis. Since I have no plans to turn this into a workout log repository, they don’t get talked about as much but basically, I’m going with what I want to do right now in terms of fitness. I have no desire to run a race at all, so I’m not. Interestingly enough, I’m actually the most happy about my fitness and body as I have been over the past 3 years. We’ll just forget about the first half of this blog’s name.

So in addition to food, this month’s theme encourages everyone to talk about fitness too which means I finally have an excuse to talk about the other activity that takes up most my time besides eating. 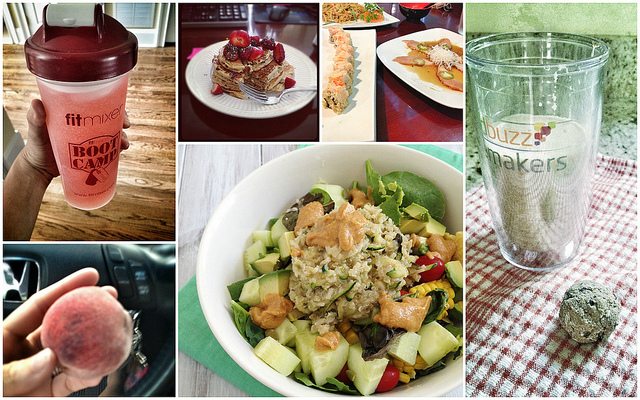 But first, the food.

In the order in which it was eaten:

And yes, I said a new ball. 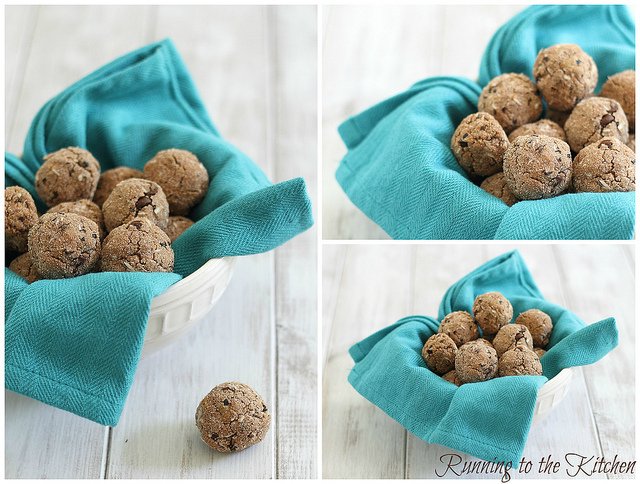 There can never be enough in this world.

I can’t take credit for these. I saw them on one of the food sites, they had the words chocolate, coconut and protein in them which was all I needed to hear. I clicked and I was sold. If you like the texture of coconut flour, these are great. They’re baked instead of the raw route I usually go, but with a cooking time of 7 minutes it’s barely an inconvenience. The only changes I made were halving the chocolate chips and using half almond/half peanut butter instead of walnut butter. They’re also paleo and gluten free if that’s your thing. Try them. 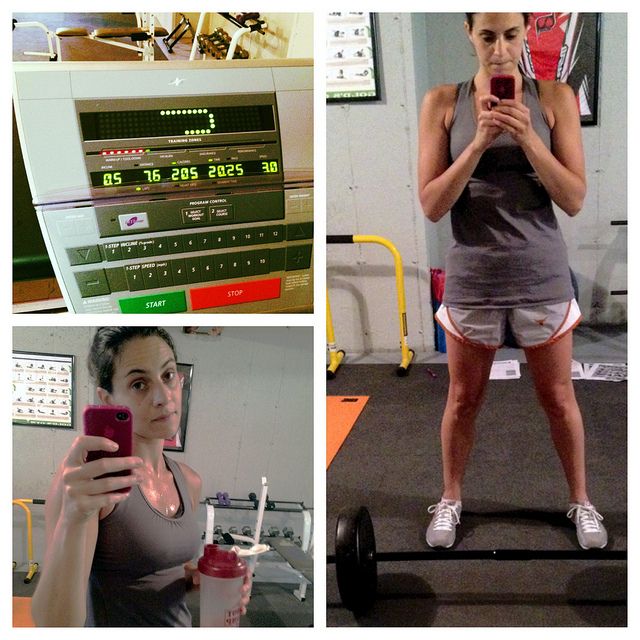 On the fitness front, yesterday was a combination of 25 minutes of upper body strength + 20 minutes HIIT (1:30 easy/:30 hard) on the treadmill. I stumbled upon this pin (don’t judge my sparse pin boards…I still refuse to fully give in to the time suck Pinterest) yesterday morning and liked what I saw as far as the layout so I jumped into the first workout.

One of the biggest reasons I didn’t progress past week 8 of Livefit (which I kind of left you hanging on…oops) was the length of the workouts. 90+ minutes was just too much and too.damn.boring considering half of it was spent just resting between sets. I can handle about 25-30 minutes of strength and 20-30 minutes cardio max. I might dabble in this “program” for a bit and see what I think. For the past 3-4 weeks, I’ve been pulling pieces of the Livefit program into the strength portion of my workouts (either reducing the exercises or super-setting more to speed it up) and doing quick HIIT type cardio sessions for 15-20 minutes every other day. I’ve seen improvement, particularly in my upper body definition but I think to go any further I need to start lifting even heavier, which is something I’m a bit hesitant about given my history with back problems. The slightest incorrect form on a lift and my back gets tweaked easily. The heavier you go, the harder it can be to keep form perfect and as much as I’d like bigger muscles, I’d like to be able to walk more. So we’ll see where that goes.

Head on over to Jenn’s site if you want to check out everyone else’s workouts and (as usual) amazing food.

Happy 4th to all my fellow Americans!

Thanks for sharing this yummmy and healthy recipe! can't wait to try the chocolate protein balls.

Those protein balls look amazing - so handy to have things like this you can prep in advance too.

Looking good at the gym....I look like a tomato during my workout :)

I know exactly what you mean about live fit. Phase two was waayyy too long to be in the gym. It was too boring, but phase 3 was actually fun with the circuits and shorter! I'm all about heavy lifting and HIIT too!

Yeah 90 minutes is long...especially when you could be making balls :)