The first quarter of this year, I went through a bit of a rough patch with CrossFit. It probably wasn’t obvious to anyone but myself, but with a wrist injury that sort of healed, sort of didn’t (and still isn’t 100% right), I felt kind of bummed and defeated in many ways. All fall up to Nov. 28 (the day I hurt my wrist), I was making great strides, hitting lifting PRs, starting to get the hang of double unders and could literally see and feel myself getting stronger by the week. After Nov. 28, I was initially determined to not let the wrist thing set me back and spent the month of January, kicking ass at the paleo challenge and modifying workouts to focus on legs and core stuff I could do rather than sulk in what I couldn’t do (anything with arms/hands). That worked for January. 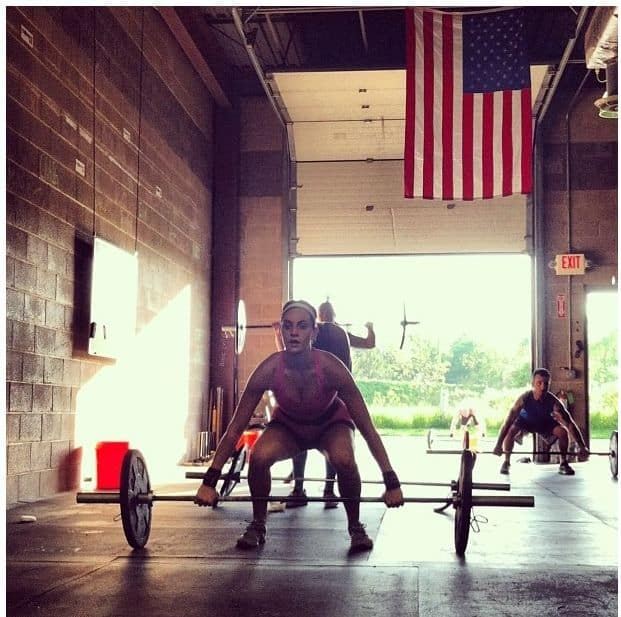 But then the 2 weeks of wearing the brace came to and end and instead of being instantly “healed” like the doctor promised, there were definitely still lingering effects. Apparently, tendinitis doesn’t just magically disappear overnight. I jumped back into what I could with upper body stuff, but even with taped/strength wrapped wrists, I wasn’t 100% and was way too scared/cautious of reinjuring myself to go all out (I think the fear of re-injury might be worse than the injury itself). I basically watched all the gains of the fall slowly disappear day by day and I was pissed. So I stopped going to strength only days at the gym, knowing I couldn’t go all out and because posting my “max” of what was about 50-75% of my fall weights bothered the living heck out of me. Everything felt half-assed and modified and while people I started CrossFit with last July continued to excel and get better day by day, I seemed to be going in the opposite direction. 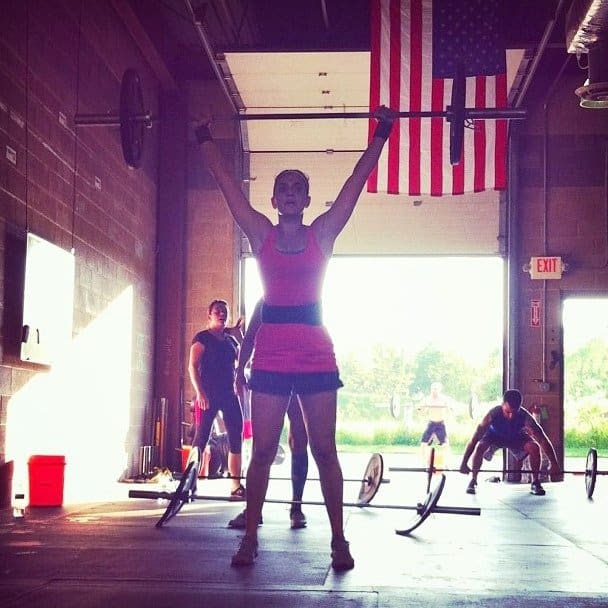 The pity party of 1 (at least in my head) continued until about April when my wrist finally started to feel good and slowly I started gaining back my confidence. With taped & wrapped wrists, I got back on the pull-up bar, grabbed the barbell without fear and slowly regained my strength. I still have to do burpees and pushups with my left hand in a fist (which results in knuckles that look like those of a construction worker, not someone who sits at a computer for 80% of the day), get in a handstand position on dumbbells instead of with my hand flat on the floor, and wall-climbs might not happen again for some time (oh, darn), but I’m back in a positive mental place now that I know I can give my all at every workout again and am beginning to see improvements past the point I was at last fall. Like 215# deadlifts, strict pull-ups, owning double unders (finally!), 30” box jumps and moving up to the 44# kettle bell without it feeling like death after 40 reps. But maxing out at 6 minutes on death by 75# overhead squats keeps me humble enough to know there’s still plennnnty of room for improvement.

And you know what else has been really awesome in the world of CrossFit lately? 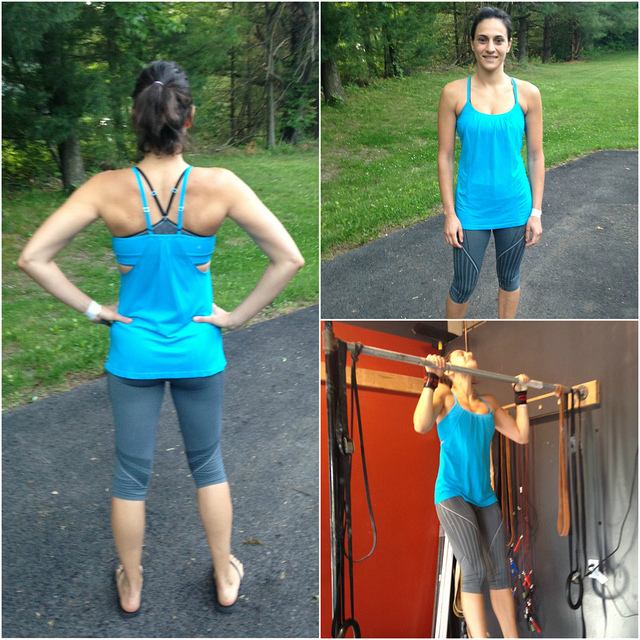 Nux sent me this outfit to test out during a CrossFit workout to see what I thought and my thoughts are pretty simple, I’m in love.

The top is this really cool mesh like material that is super breathable and the perfect balance of fitted and flowing. The top part is fitted with a built in sports bra type of thing, while the bottom is loose and airy. It would work for yoga, running and many other things in addition to CrossFit. The crops are also awesome. I have a hard time with crops usually. They’re either too long (which makes me hot and then I fixate on that during the whole workout), too tight or not tight enough. These are the perfect balance between compression and comfort. I keep thinking of Goldilocks with these, they’re juuuuuust right.

2. Finding out I’m going to the Reebok CrossFit Games in July!!

Nothing like knowing you’re going to see the best of the best compete to get you out of your self-pity funk, right? More details on this to come.

Hillary | Nutrition Nut on the Run

That's so exciting that you're going to the Games!!!! Glad you've been able to get back to in CrossFit. What a frustrating injury!

You look fantastic and your motivation to keep going, even when it got really discouraging, is inspiring. I love my gym but have toyed around w/ the thought of trying CrossFit post-baby. We'll see.

Dying over that top! And I really need to find a CF gym! Ugh. I miss it!

Yup, new clothes always help! :) I'm glad your wrist is healing, and I hope it continues to do so.