After switching up my training plan on Tuesday since it was pouring outside, I was excited to get in my first real bike ride with blue yesterday. I figured since I biked 8 miles on Sunday that I would shoot for 10-12 and see how I felt.  What I didn’t realize was how strong the wind was since it was at my back for the entire first half of the ride. Mile 5 came and I thought “I’ll go one more before turning around.” Then mile 6 came and I said the same thing until I ended up at the end of the trail with 7.72 miles clocked on the garmin. Oops. The second half was not as easy and I definitely saw my pace drop because of it but, it was a good workout! 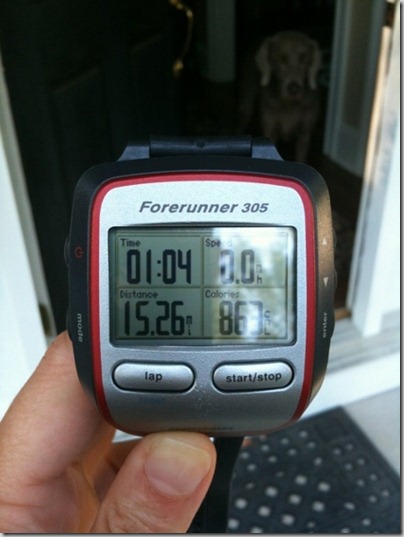 Do you see what I see?

It’s so new and fun to be doing something besides running or walking. Change is definitely good when it comes to workouts. I can’t believe I waited this long to get a bike!

Does anyone know how accurate the calories are on the Garmin for biking? I feel like this is way higher than it felt. It averages out to about 55 calories per mile which doesn’t seem that off when you think about it that way but, over 800 calories for the whole thing sounds high to me! I’d have to run 8 miles for the same calorie burn and this felt a heck of a lot easier than running 8 miles. I’m not super concerned about calories, just curious more than anything.

After the ride I got started on dinner. It doesn’t feel like we have much in the fridge right now and I don’t really want to go grocery shopping since I’m leaving for the beach on Saturday (alone, but Ulysses subsides on cereal + oatmeal while I’m gone so there is no point food shopping for him) but considering our pantry shelves literally buckle from the amount of weight on them, I was determined to make a decent meal from things we had on hand.

This recipe for chicken and cashew stir fry caught my eye after a quick Google search so, I went with it. I made a few substitutions but followed the method pretty closely.

-used chicken breasts instead of thighs

-added carrots, celery and zucchini to bulk up the veg

-used plain cashews instead of roasted, salted ones

Is it weird that when my kitchen looks like this; produce everywhere, pots out, a bottle of wine open I feel the most relaxed? There is nothing better than cooking (and playing on instagram and twitter of course) after a long day at work. 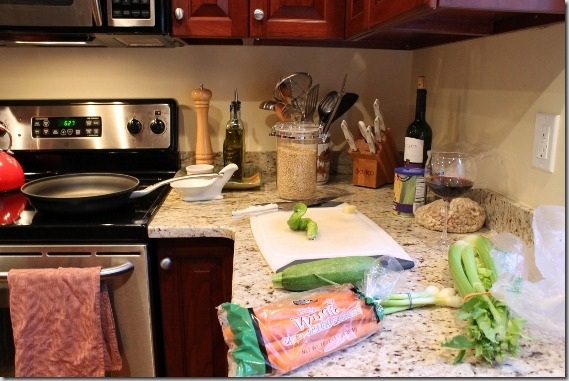 This is the first time in ages I’ve cooked chicken at home. Recently, I just haven’t had the urge to buy it or cook it. Instead, I’ve been making mostly seafood or vegetarian based meals at home when it’s just the two of us and I have to say I do not miss the whole slime + contamination factor of cooking with chicken. I must’ve had to wash my hands about 8 different times and then the cutting board too before the chicken was cooked. Annoying! 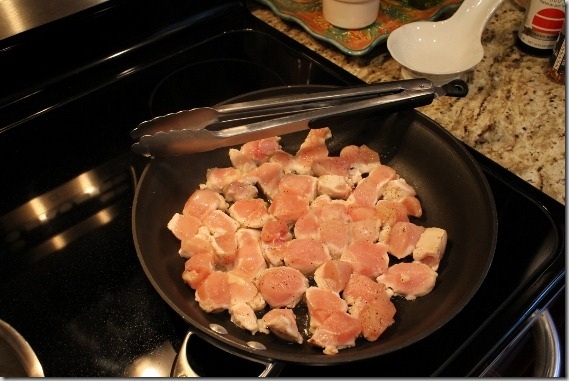 I don’t really foresee myself ever going vegetarian completely but, lately I’ve definitely had some weird aversions to red meat and chicken for the first time. Last time I was eating a hamburger I found myself disgusted with the thought of ground beef mid-chew. It’s weird and unexpected but, I guess I’ll just role with it for now and see what happens. 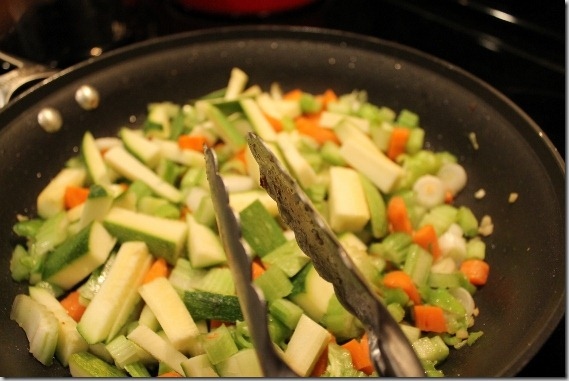 Served with some brown rice, this was a really tasty stir fry even though the pictures do not make it look as such. Of course, the skies turned pitch black and it started pouring right as I plated this to take a picture so you’ll have to take my word. 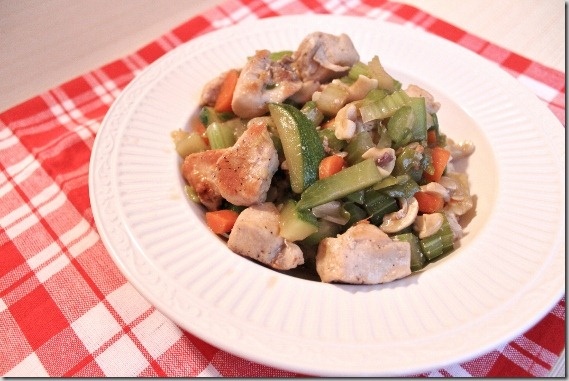 Chinese take out with cashews is one of my favorites for the crunch factor of the cashews in contrast to the veggies. This definitely gives take out a run for it’s money.

Do you follow recipes for stir fry or just wing it?  I usually just wing it but this time I wanted to see how similar the dish would taste to the “real thing” if I actually followed the recipe.

*Unrelated but, want all your opinions. Should I sign up for the Philly half marathon at the end of November? I really can’t decide and thought it’d be fun to take a poll!

[…] thoughts? Tempo runs rock, intervals suck. Also, I love being able to fit in biking as a form of cross training. I get excited for the days it’s on the agenda because it’s still […]

Hey, really great blog post… I've enjoyed reading through your blog because of the great style and energy you put into each post. I actually run AceHealth.org, a blog of my personal research and experiences. If you're interested, I would love to have you on as a guest blogger. Please send me an e-mail: bob.mauer65(at)gmail(dot)com, and I can give you more information. Looking forward to hearing from you.

Kate (What Kate is Cooking)

I always wing stir fries! They're born out of my need to use every veggie in the fridge, so they're always random :)

My favorite Chinese take-out is hunan beef or chicken. So tasty and spicy. And it usually comes with a ton of veggies which I love.

With stir-frys, I usually just wing it. I've even made a stir fry that turned out to be more Mexican flavor inspired and it was fantastic. Not sure what you'd call it then?

You should totally do the half marathon! You can do it!